This is the site of the headstones of two brothers: "Little Samuel" and "Thomas Francis". Samuel Mitchell was a Tampa merchant who settled in the area near Rye. Eventually, the area became known as Mitchellville. His wife Jane and their children are listed in the 1880 census, indicating they arrived about that time. Little Samuel Mitchell's tombstone reads: "Little Samuel, Son of S. and J.C. Mitchell. Born Aug. 18, 1880, Died Aug. 4, 1883. 'Little Samuel Has Gone To Rest.'" Thomas Francis Mitchell's tombstone reads: "Thomas Francis, son of Samuel and Jane C. Mitchell. Born Oct. 28, 1865. Died April 24, 1895, Age 29 years, 5 mos. And 25 ds." 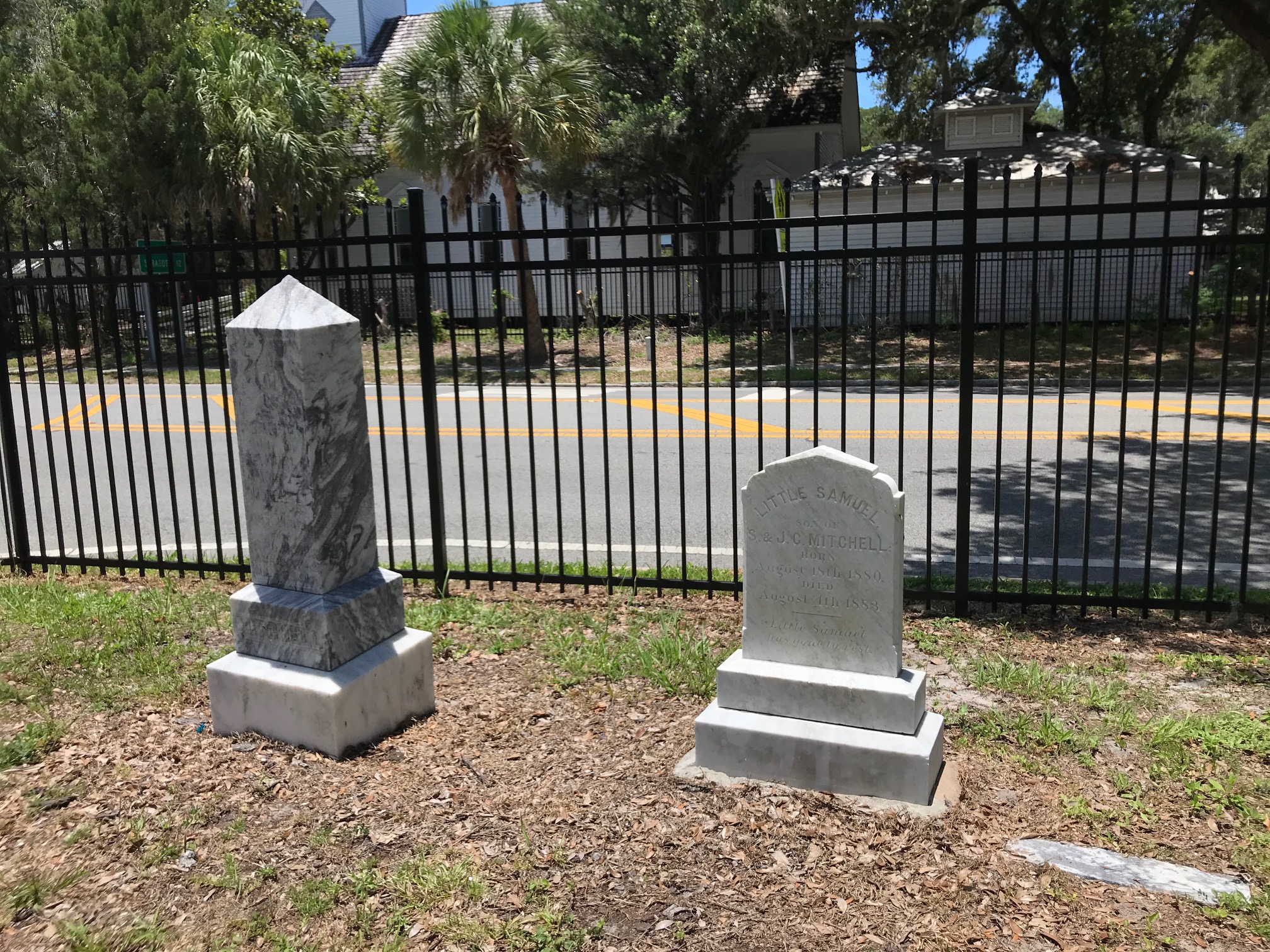 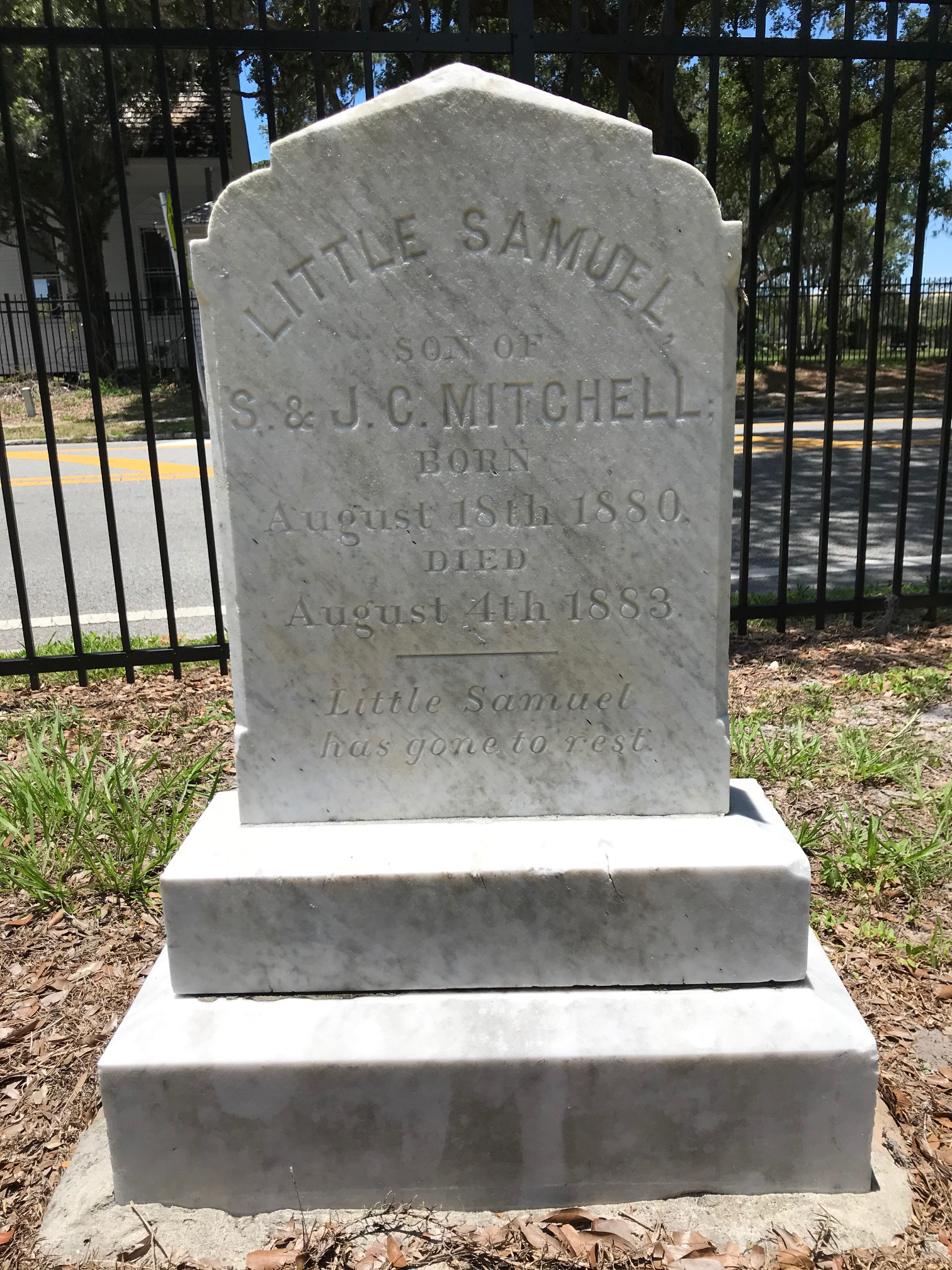 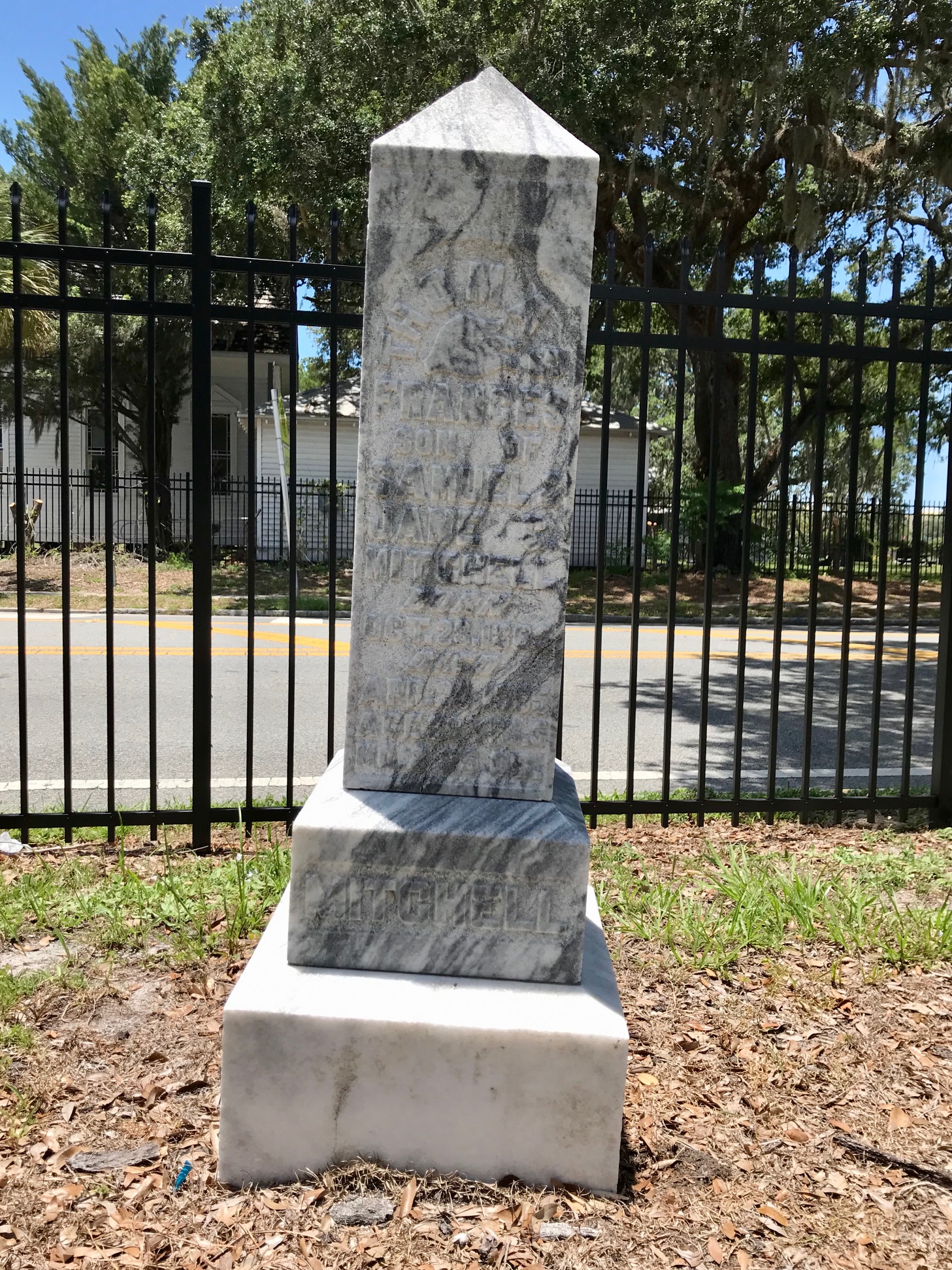 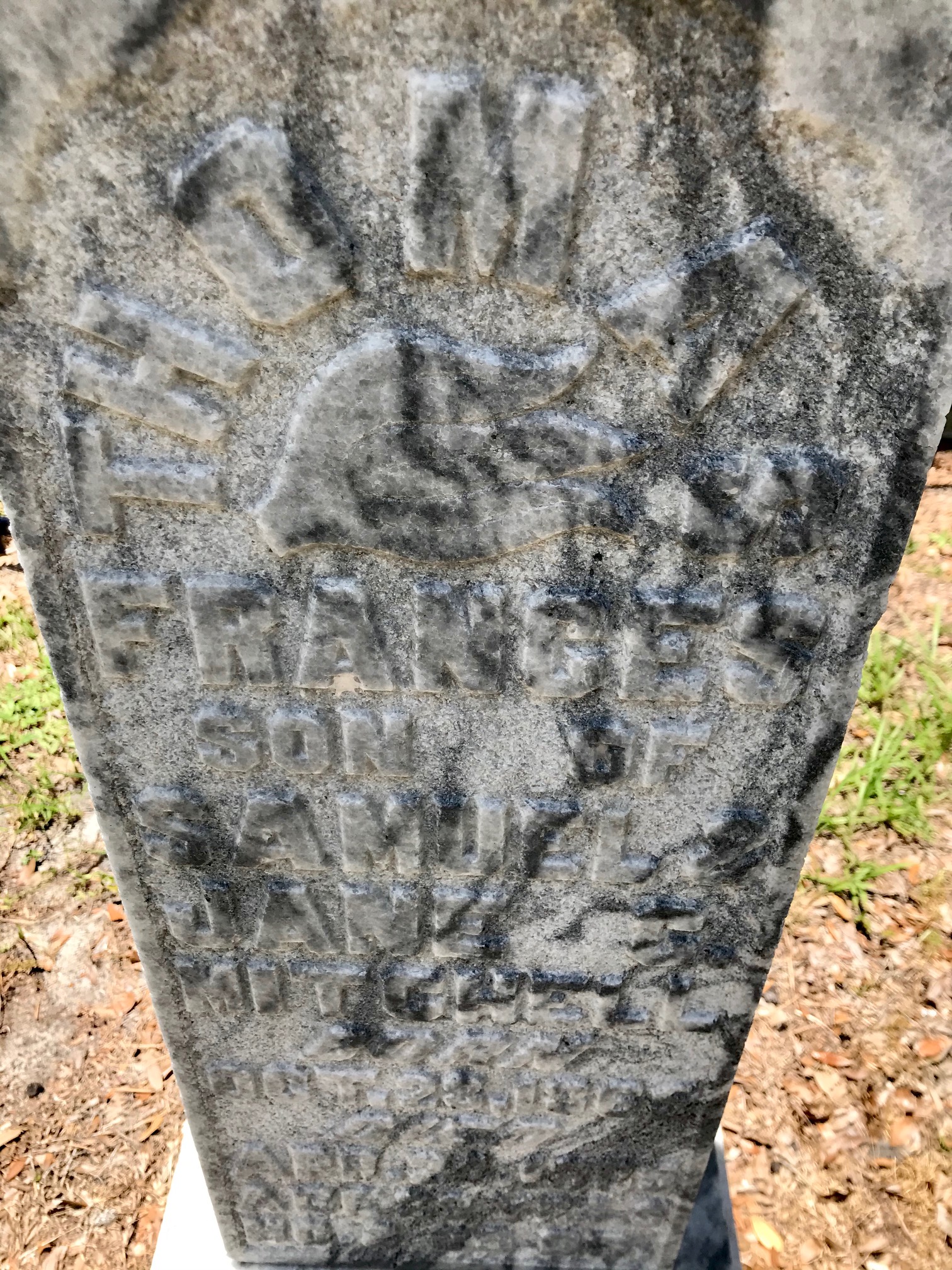 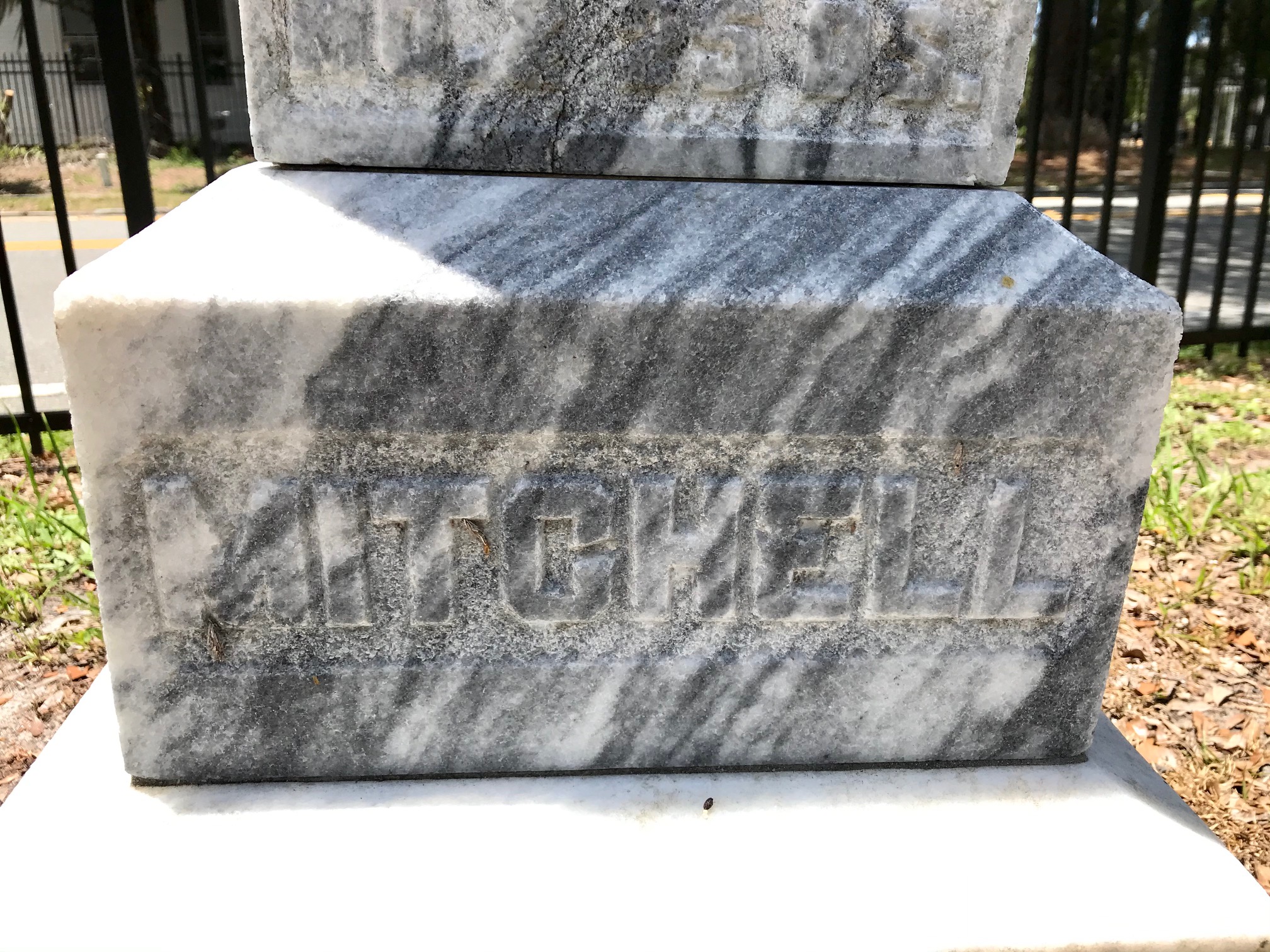 The Mitchell family arrived in the Rye area (northeast Manatee County) around 1880.

Mitchell purchased land and built the first large store on the north bank of the river with a dock to receive supplies. He had visions of a town growing in the area and platted a subdivision with ninety lots and five streets running north and south. The subdivision was then named Mitchellville and at its peak twenty-five families lived there. Mitchell became prosperous due to the cattle trade and profits from his store.

In 1884, despite declining health, he decided to make a trip to Georgia to buy stock for his store. Before departing, Mitchell buried a hoard of gold coins and planted a tree over the site to conceal the spot. While on the trip, he became ill and passed away, never returning to claim his cache. Upon searching for his gold, his relatives discovered someone had already found and stolen it.