The Grant–Kohrs Ranch National Historic Site showcases the history of the open-range cattle industry in the American West. It was established by pioneer open-range cattle rancher Johnny Grant in 1862 and bought in 1866 by Conrad Kohrs, who became one of the most influential cattlemen in the state. Kohrs, who operated the ranch until 1920, expanded his landholdings to the enormous size of 10 million acres, covering an area that reached into Canada and spanned across parts of four states. The size of his herd was equally impressive, growing to 50,000 cattle. Today, the site is a working ranch. It is 1,600 acres in size and features 88 historic buildings, a visitor center, pastures, ten miles of ranch roads and trails, and historic farm equipment. Visitors can take guided and self-guided tours, watch demonstrations, attend living history events, and see horses, chickens, and cattle. The ranch was declared a National Historic Site in 1960, and it became a museum in 1972. 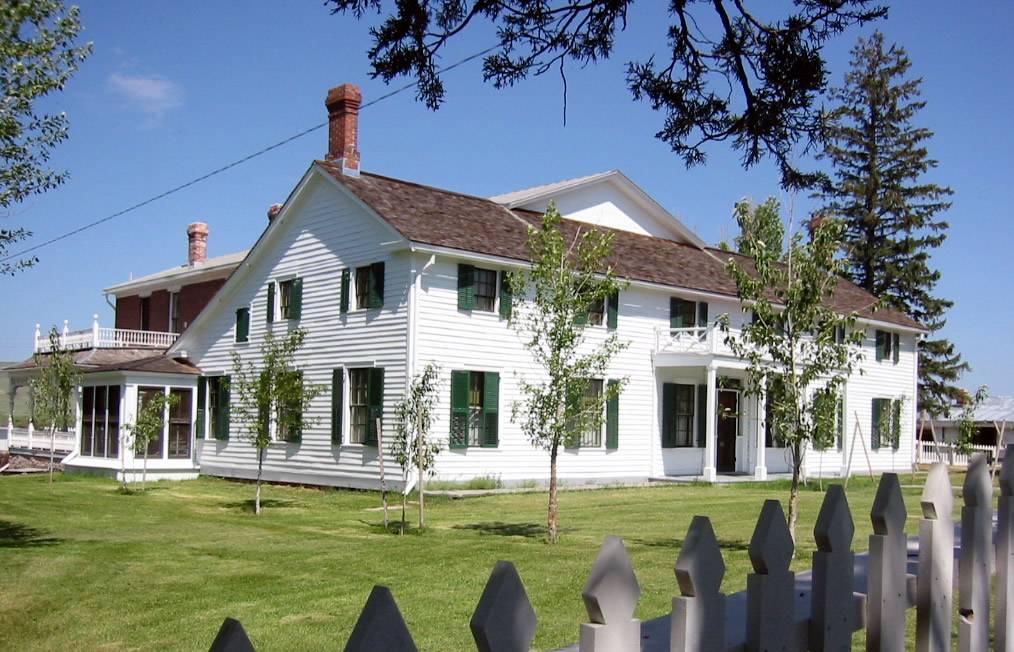 The ranch features 88 historic buildings including these.

Visitors can watch demonstrations in the Blacksmith shop. 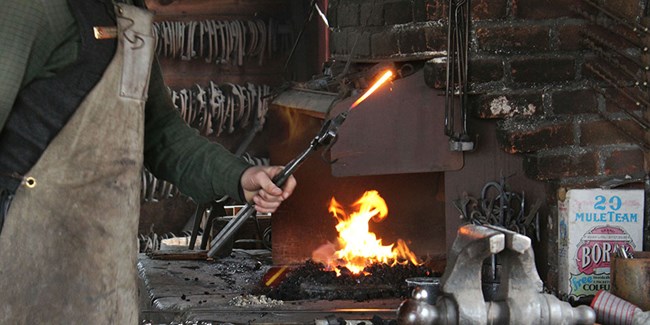 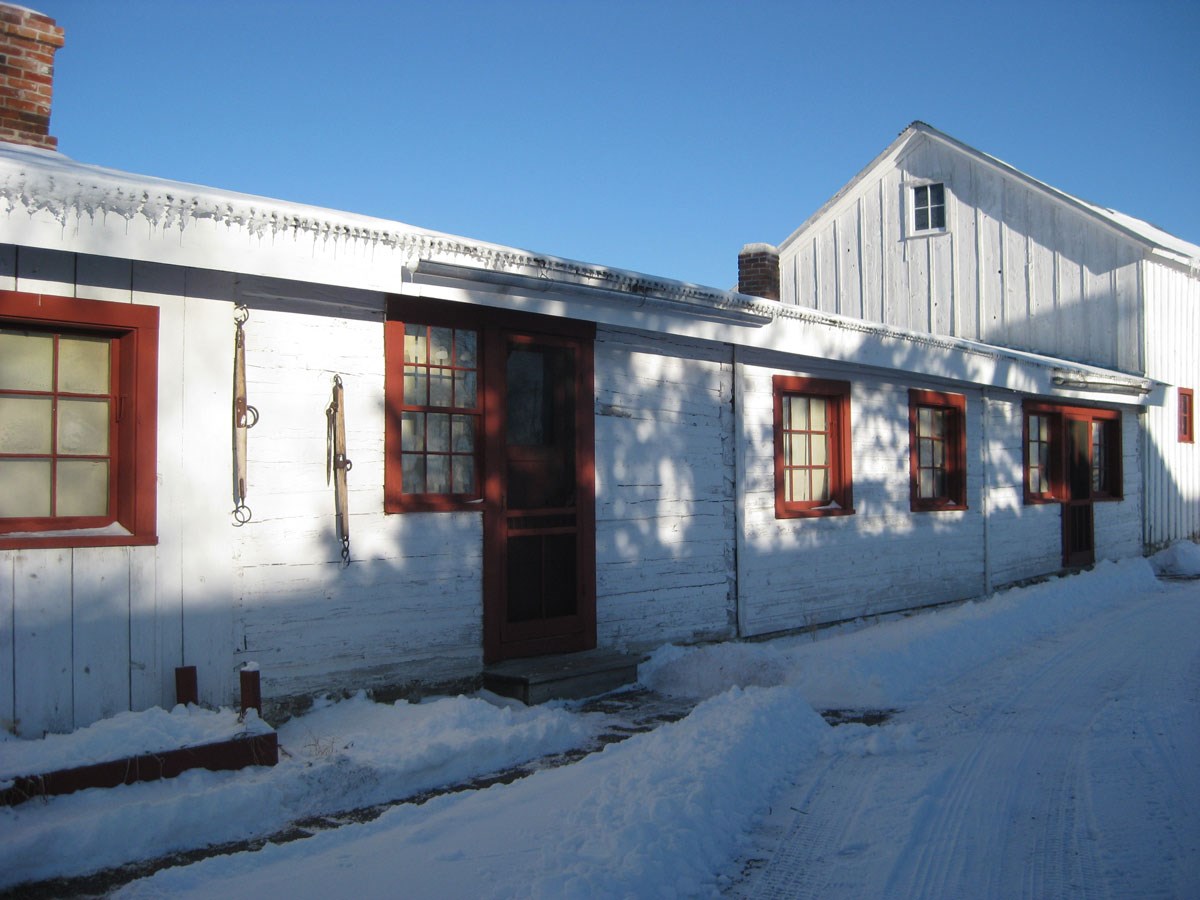 Johnny Grant was born in Edmonton, Canada and grew up in Three Rivers, Quebec. When he was 16, he worked for his father, Richard, in what was then Washington Territory. Richard was employed by the Hudson Bay Company at a post where the Oregon, Mormon, and California Trails converged. During these years, Johnny learned how to trade with settlers passing through, who often would exchange two tired cattle for a rested one. It was in this way that Grant accumulated a sizeable herd of 4,000 cattle by 1862, when, as noted above, he established the ranch. He continued to provide cattle for settlers as well as mining communities. However, Deer Lodge at the time was lawless and cattle was often stolen. As a result, he decided to sell the ranch and its equipment in 1866 (to Kohrs) and move his family to Carmen, Manitoba. Grant had a large family. He had three Indian wives, 21 biological children, and several adopted children.

Carstens Conrad Kohrs was born in the province of Holstein, Germany in 1835. At that time, the province was a part of Denmark. He ran away when he was 15 and became a cabin boy and spent the next several years traveling around the world. Some of the places he went to were Brazil, Cuba, and islands off the coast of Africa. He later worked as a butcher for relatives in the America (New York and Iowa), a logger on the Mississippi River, and got a job in a distillery. He became a U.S. citizen in 1857 and moved west to California in hopes of finding gold.

However, instead of making it rich with gold, he opened butcher shops in mining camps in California, Canada, Idaho, and Montana, using the skills he had acquired. He was very successful and began to amass his wealth, which he used to buy the ranch. In 1867, his half brother John, joined him to work on the ranch. They would remain partners for five decades.

The initial purpose of the ranch was to provide space for the herd, which was the source of meat for Kohrs' butcher shops. Gradually, he bought additional land to increase the amount of land for his cattle to graze on. He was, in fact, the first in Montana to move his to cattle graze in the open range, which was apparently considered public domain. Kohrs would eventually sell his cattle to distant markets such as the Chicago stockyards. In addition to raising cattle, Kohrs and John also raised and sold horses. They were smart businessmen as well. They divided the whole herd across their land, creating smaller ones. If they lost one herd, the others would recoup the losses. Kohrs also invested in mining and water interests, which were another source of income. These strategies helped Kohrs to survive difficult times, such as the harsh winter of 1886-1887.

The National Park Service (NPS) acquired the ranch in 1972 from Kohrs' grandson, Conrad Warren, who took over the ranch in 1932. Warren raised cattle and was a prominent figure in Montana's cattle industry, serving as president of the Montana Stock Growers Association.

All images via the National Park Service