On early Sunday morning in 1964 Police raided an LGBTQ Social Club. Arrested were 23 person on charges of drunkenness to indecent acts. Names were printed in the newspaper, many lives were forever changed. The Mayor congratulated the Chief of Police for ridding the city of something that originally belongs in LA. 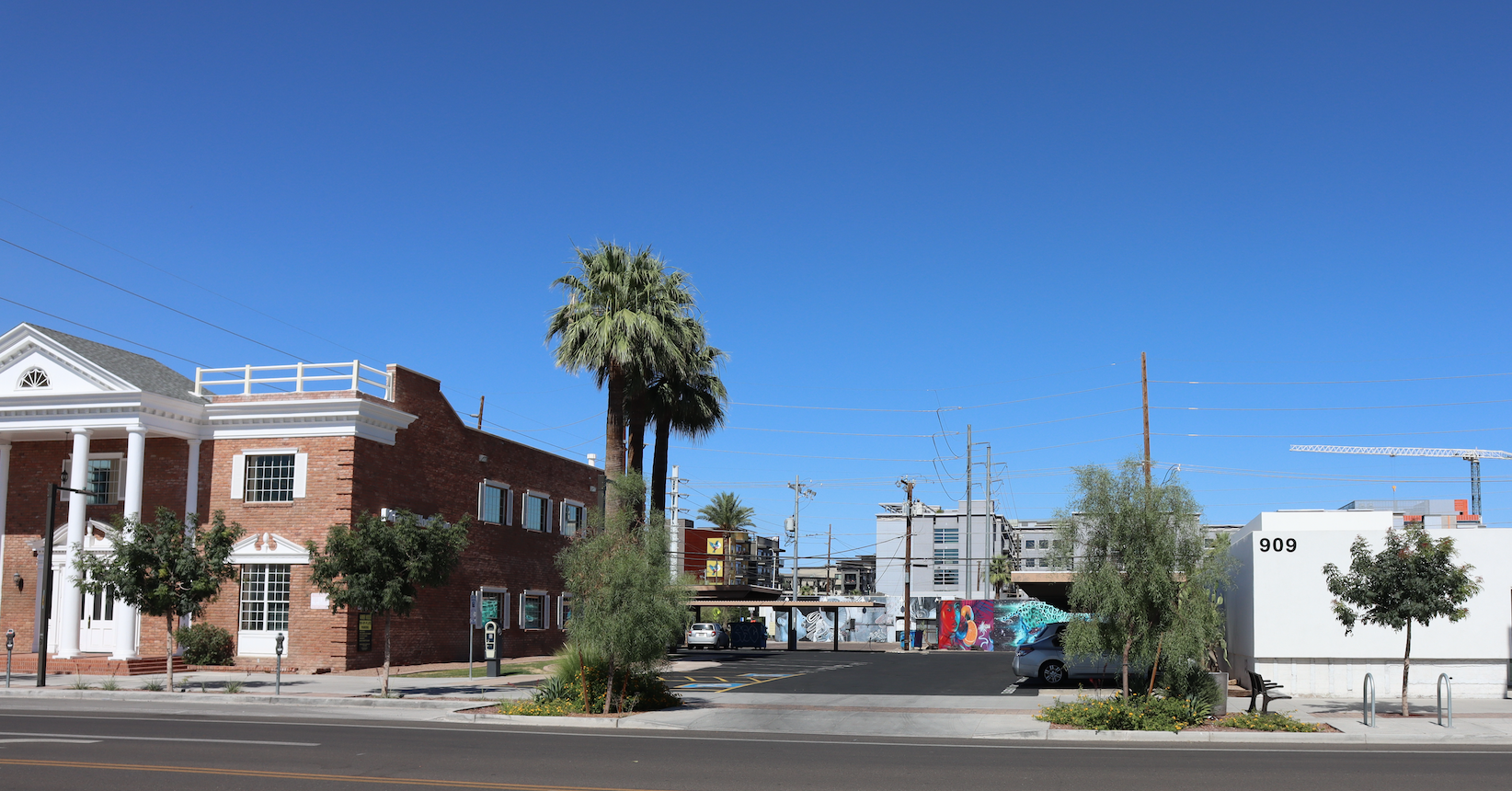 Phoenix Mayor talking about the raid 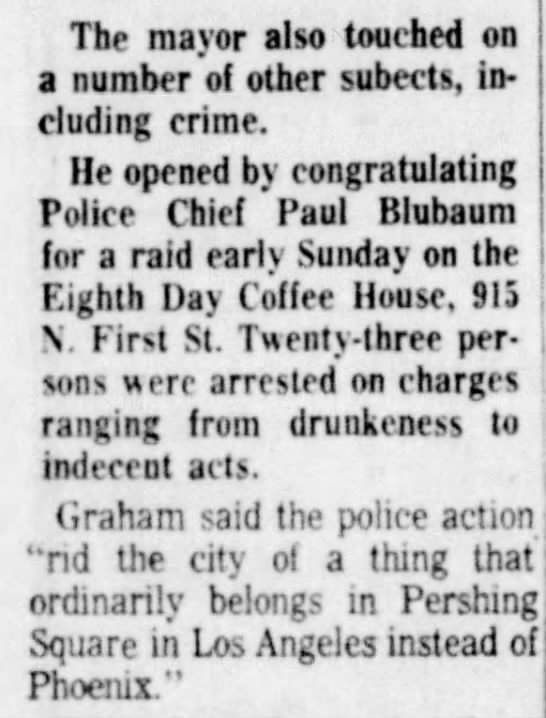 LGBTQ Pride month commemorates the 1969 Stonewall Riots, also called the Stonewall Uprising. The riots began in the early hours of June 28, 1969 when the NYC police raided the Stonewall Inn and the patrons had had enough of police harassment.

While the New York City Stonewall riots held the country's attention in 1969, there were earlier protests at the Black Cat Tavern in L.A.'s Silver Lake neighborhood in 1967 and nearly a decade earlier in 1959 at the Los Angeles Cooper's Donuts when a group of drag queens and hustlers fought the police.

These extreme reactions by the marginalized LGBTQ community were in direct response to the continual harassment and arrests by the police. Now when folks talk about these riots and demonstrations from 50+ years ago, many only highlight events from NYC, LA and San Francisco. The documented August, 1964 raid on the LGBTQ Social Club called the Eighth Day Coffee House provides evidence the LGBTQ community here in Phoenix, Arizona was also targeted by the police.