On June 24, 1913, Jack Lillis sold a 25-ft. lot on the S. W. Corner of Palouse and Wenatchee Avenue to J. W. Quigg for $17,000. Shortly after this transaction, O. B. Fuller and Quigg formed a company for the purpose of constructing a two story building at this location. A frame building just south of the lot was removed, and Fuller tore down his building which was occupied by Schade & Parshall. The new structure on this property was 100x125 ft., and was built at a cost of $50,000. The Commercial Bank & Trust Company, Howard Thomas, a jeweler, and the Schade & Parshall department store were the original occupants on the first floor. The second floor was built for office suites. The Commercial Bank & Trust Company failed in the Great Depression and closed its doors in 1932. Schade & Parshall existed until 1917. E. L. Mann and W. T. Powell each ran the business for a short time. W. A. McBride purchased the department store in 1922. Howard Thomas, optometrist, was active until 1940, and Funk’s Jewelry until 1949. Button Jewelers occupied space in the building in 1956 and is still active at another location today. From 1942 to 1966 Karl’s Shoes; from 1917 to 1967 Doell’s Books and Gift Shop occupied space. The first floor now houses Collin's Fashions and has for a number of years.

An early photo of the facade of the Fuller Quigg Building. 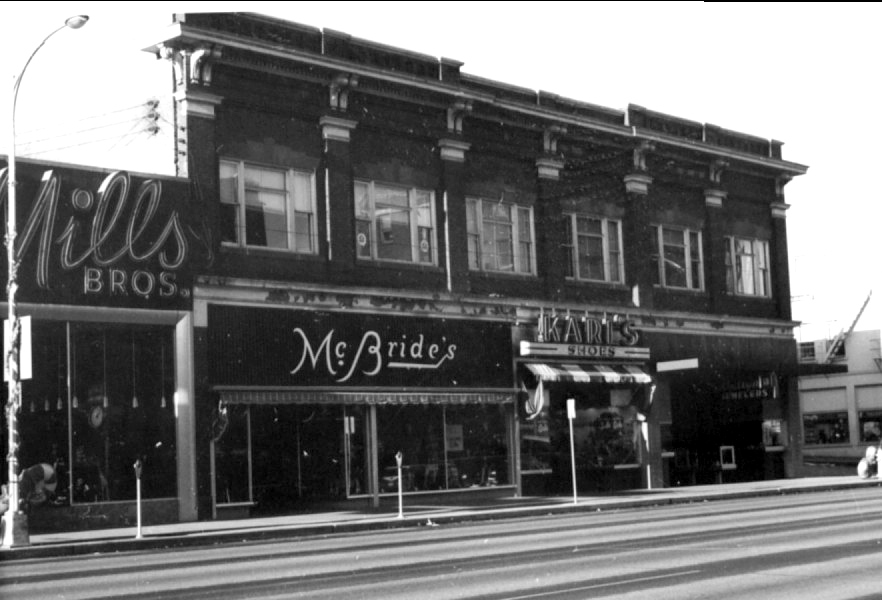 An image showing the facade from 1985. 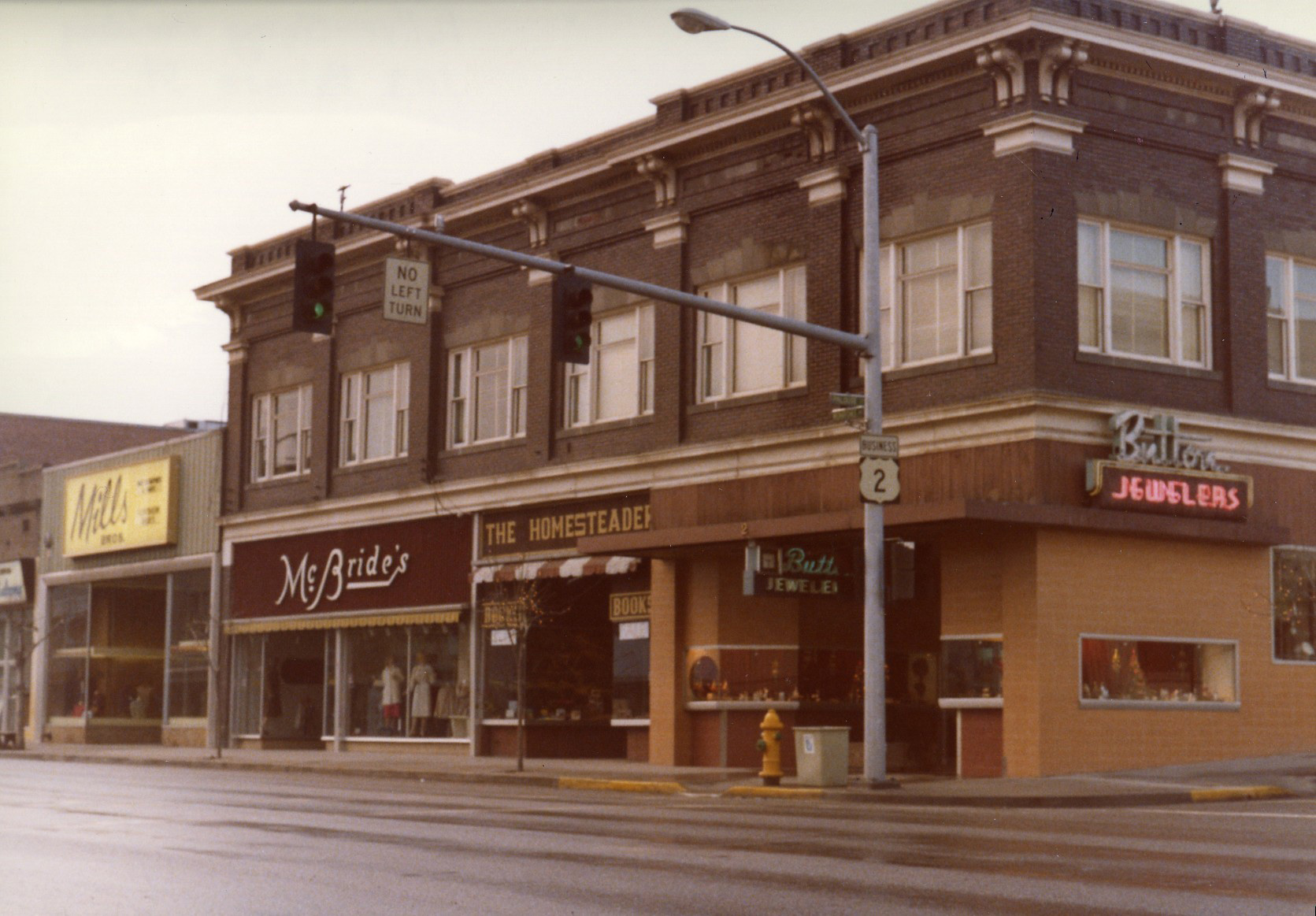 The Fuller Quigg is a 2 story Italianate style msonary building. The building has a projecting cornice with scroll shaped brackets with pilasters that continue up to the parapet. The parapet on the north side of the building has "1913" inscribed in the center.The ground floor is retail on Wenatchee Aveune and the second floor is office space accessable from Palouse.