Middletown's Ohio Veterans Memorial was unveiled on the 4th of July 2004. This 54 foot long, eight-foot-high Black granite curved wall that honors local and national Heroes inside Woodside Cemetery in Middletown, Ohio. The Veterans Memorial has a showpiece front and center of a Black granite base engraved with each branch of service name and logo, supporting a globe with a soaring eagle on top. Behind the beautiful wall has nine flags with the United States of America flag being the highest flying. Here you will see Medal of Honor recipients, artwork, and names of local soldiers who perished in their service to the nation.

Overall photo of the memorial 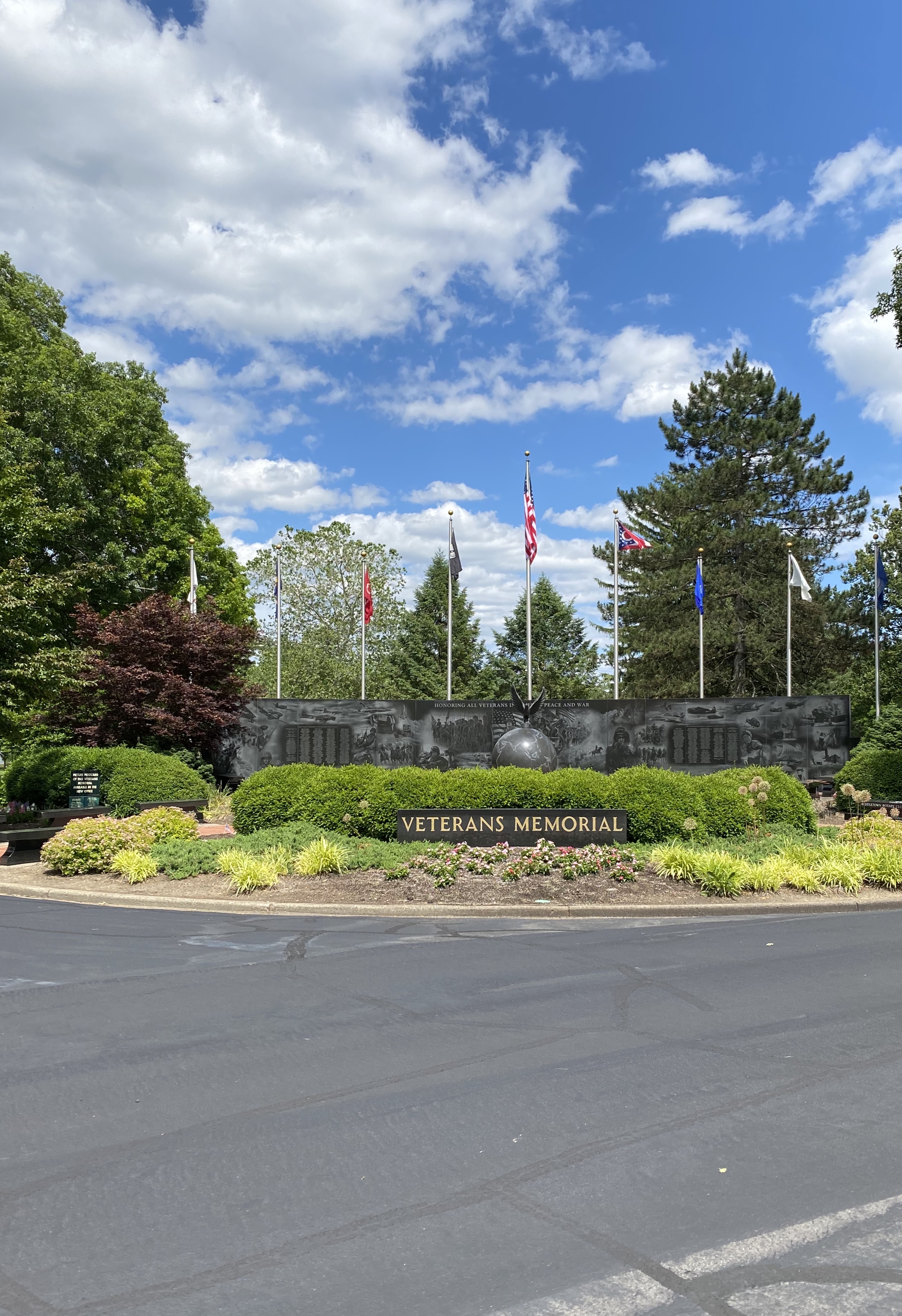 Names of service members near the walkway 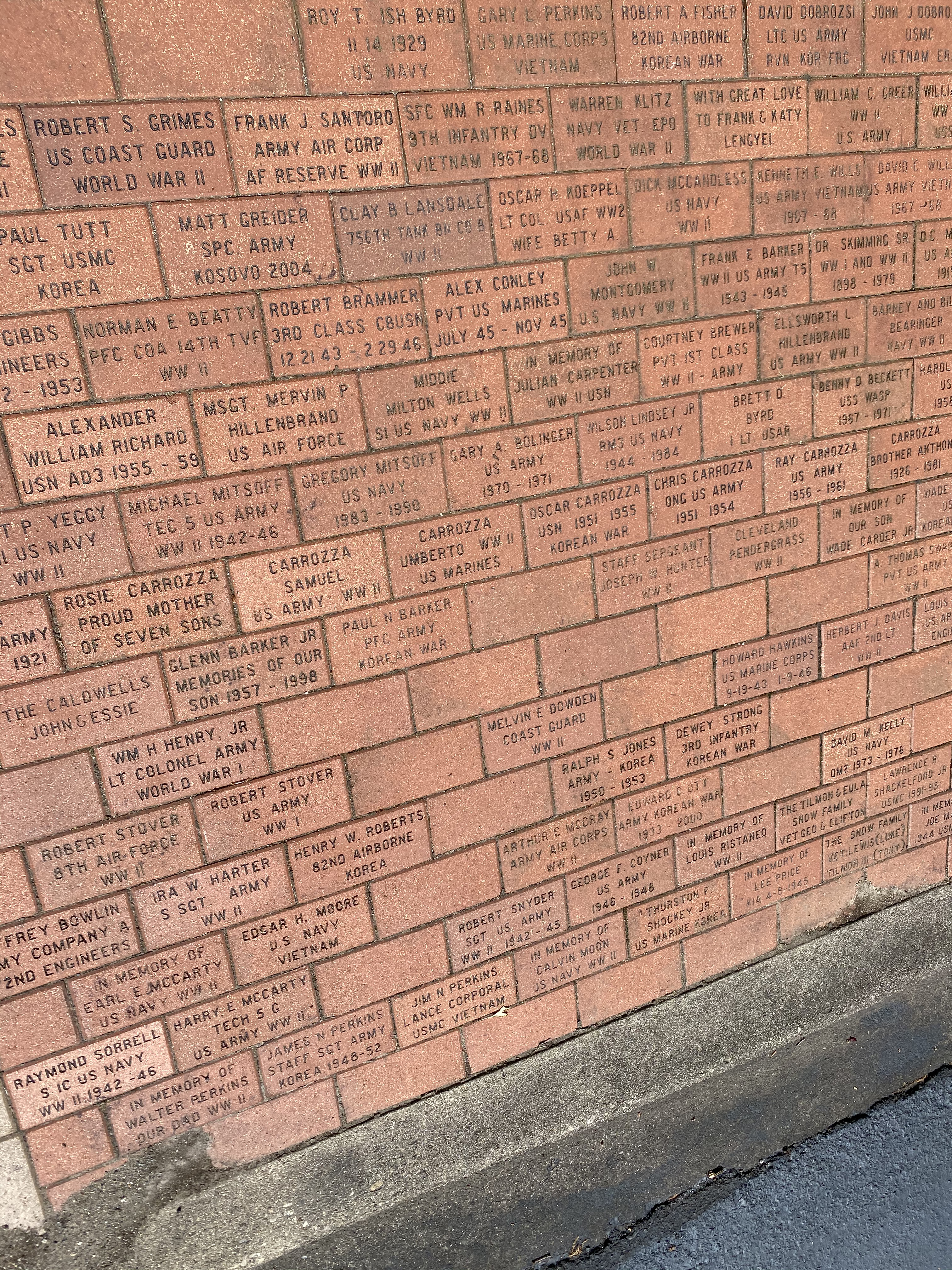 Area Veterans who died during their service 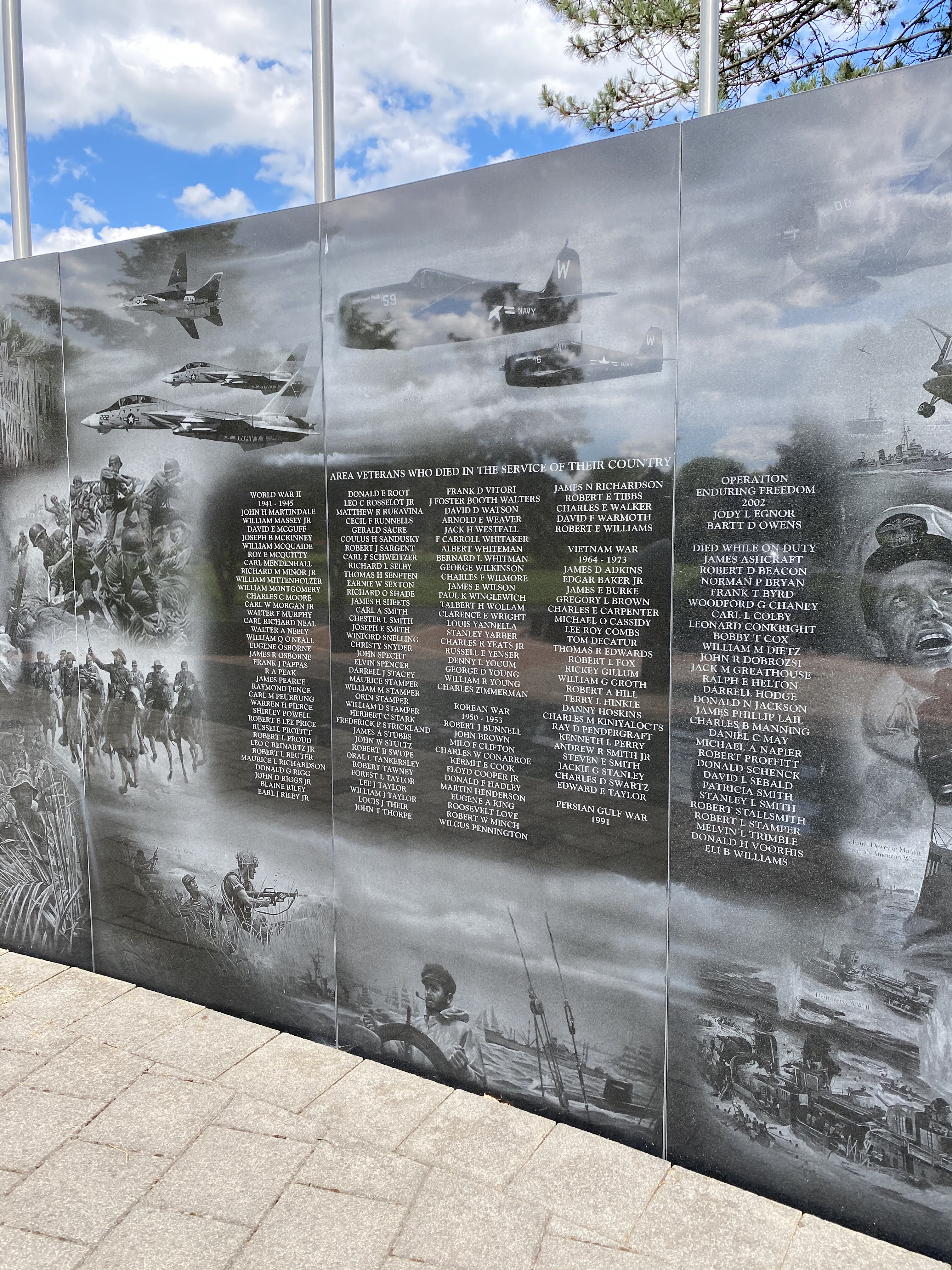 showpiece at the front of the memorial. 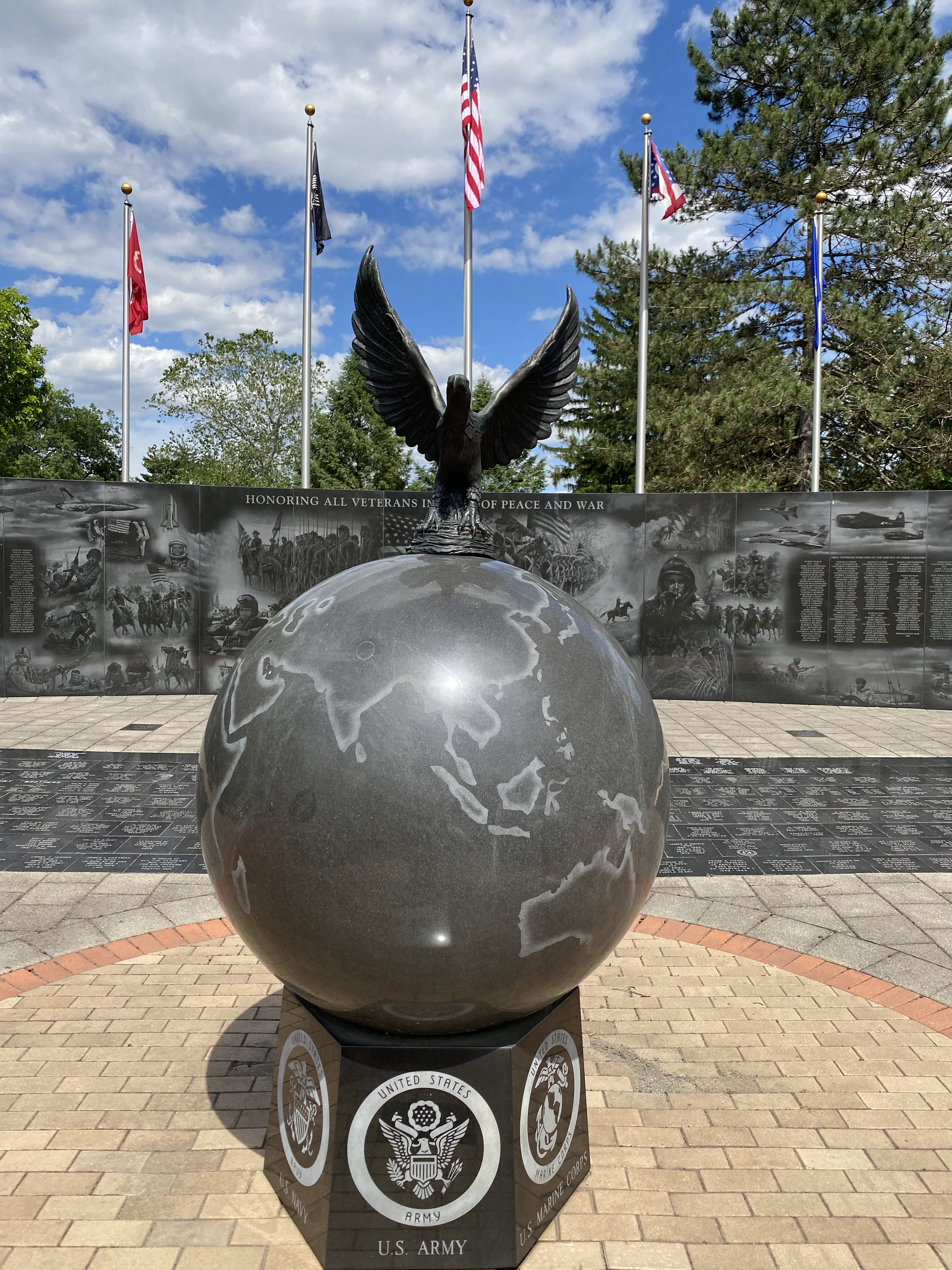 The brick walkway has names of service men and women engraved along with their branch of service and war they fought in which leads up to the Memorial wall. Around the perimeter are flowers and trees along with artwork and memorial design by Mort Kunstler who has won several awards for his work. Images at the memorial include World War II Navy Skippers overlooking the sea next to Old Ironsides ship during the War of 1812. Intrepid Observation Balloon from the Civil War and F-14 Tomcats all show flying together. Army Rangers and Rough Riders from the Spanish American War.

Information gathered was taken from the brochure that is on site of the Middletown Ohio Veterans Memorial.