Built in the late 19th century, The Croton North Station is a disused rail station that provides an example of the regional architectural design of commuter stations from the time. The Croton North Railroad Station was designed by the Hudson River Railroad and shared form with the other stations of the region. Today, the station is effectively forgotten, its roll usurped by the newer and larger station just south which today acts as the main rail transit hub of Croton and the surrounding towns. 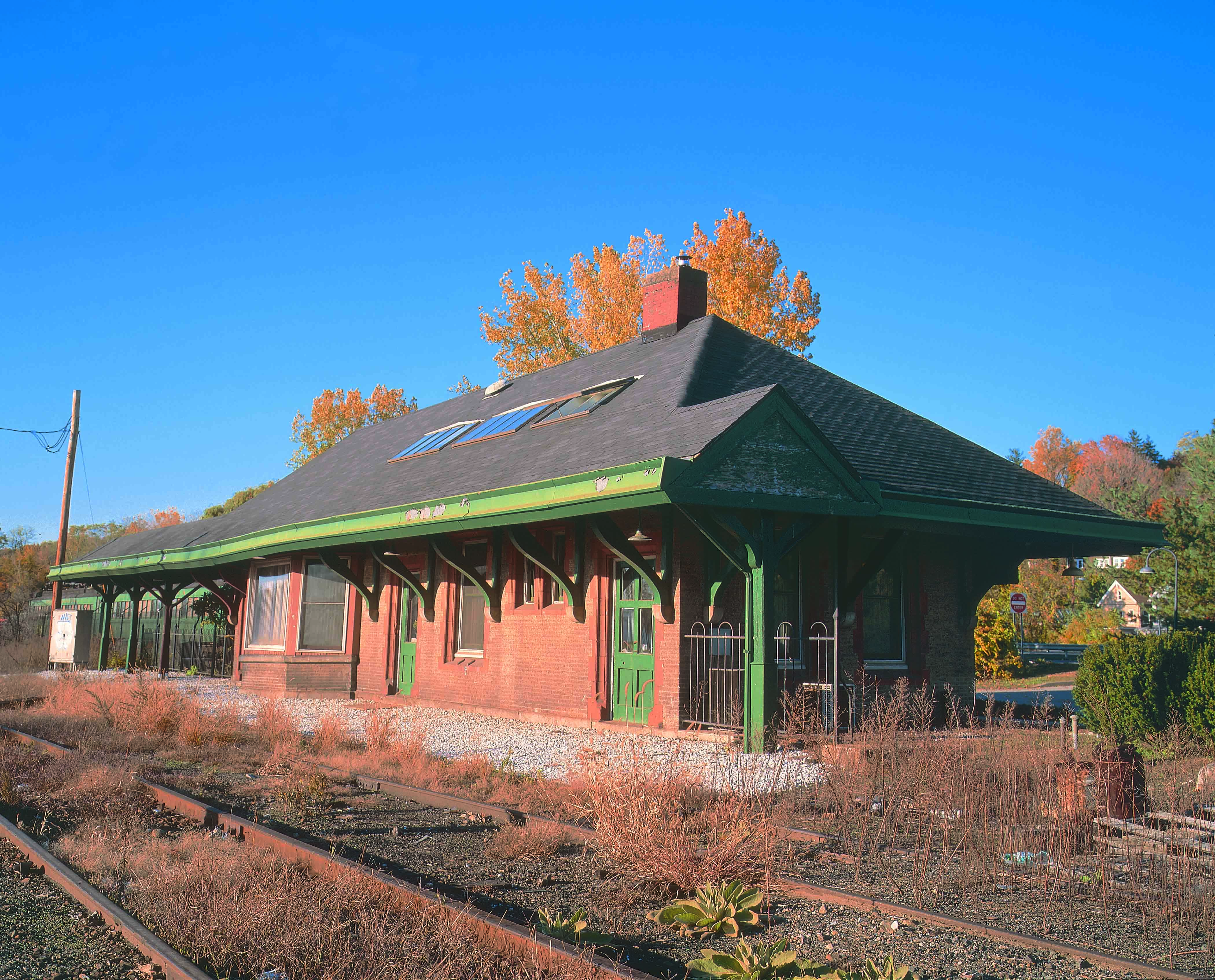 A 1905 postcard of Croton North Station. 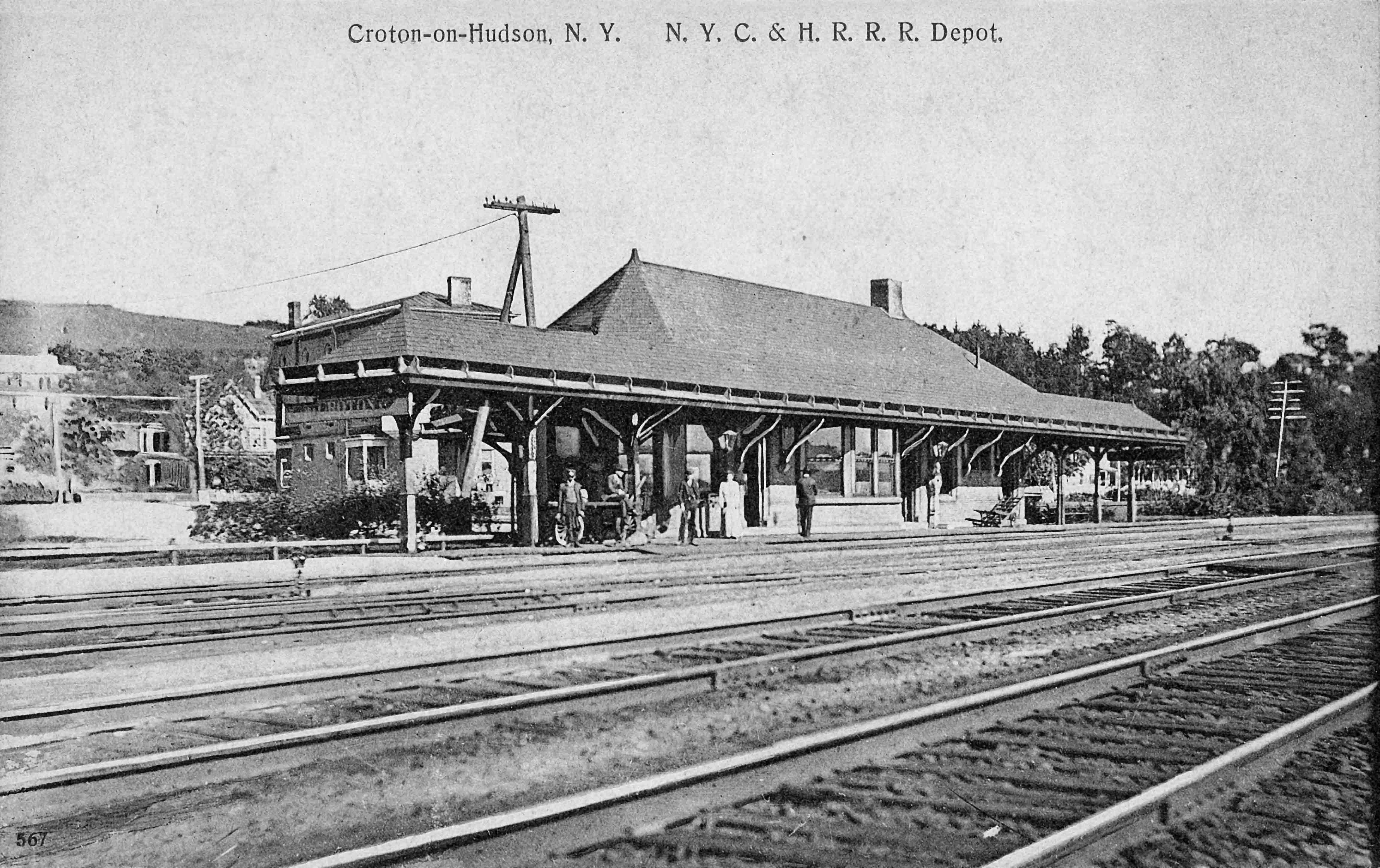 The early function of the Westchester railroads in the 19th century was to carry agricultural and manufactured goods across the Hudson river valley from the Erie region in Albany to New York City. The rail system of the Hudson Valley region was initially intended to provide economic support for the region by connecting New York City with parts of central and Western New York. While the line today functions prominently as a commuter line from the suburbs and Poughkeepsie to Manhattan, historically this function of the rail system was secondary to transport of goods.

The transition of the train line from freight to commuter began at the turn of the century when a growth in passengers traffic from New York City to its northern suburbs became more demanded. Early commuter travel to and from the city was far from common place as trains were infrequent and travel within the city was subpar compared to what it is today. While the train ride itself was not much longer, transportation within the city was slow. It wasn’t until the twentieth century where the implementation of the New York City subway system in 1904 made travel within the city cohesive and expediated that the Croton North Railroad station would act as a pivotal stopping point for commuter trips to and from New York City.

This importance was short lived and soon began to decline due, in majority to the decision of the railroad corporation to construct a service facility a few miles south of the Croton North Station. In 1903, electric trains began to be run out of Manhattan however, these electric trains did not run along the totality of the rail line. It was at the Harmon Station transit hub where these trains would switch over from electric to steam.

In Croton, the introduction of the railroad had a tremendous effect on the economic prosperity of Westchester as it provided a link to the city for the above mentioned merchants however, when the New York Central Railroad began to switch from their steam powered trains to electric, the town of Croton-on-Hudson began to grow into a railroad town. Soon, Croton-on-Hudson became a destination point for people coming from the city which caused the town surrounding the stations to become a focal point of the regional line as the Harmon Station served as a midway point from Manhattan to Poughkeepsie. In referencing the Croton-on-Hudson village site, the unofficial estimate is that a third of the village pay checks originated from the New York Central Railroad accentuated the importance of the rail station not only in croton but in the overarching context of the growth of the national rail system as outlined in Steven Lubar’s article “Promoting the Hudson River Railroad”. The Croton North Station remained fully operational as a commuter station until the 1960’s where due to decreased usage caused by the larger station a few miles south on the other side of Croton Point Park became the primary station for the reason due to the number of trains running from the station to New York City. After the closure of the station for commuter usage, it became converted into offices which continues to today. Juxtapose to the Station, two pullman cars were placed as an homage to the stations history. The pullman cars still boast their original furnishing and are a contributing object of the Croton North Station registry despite not being utilized in New York. The pullman cars are a part of the Erie Railroad which was operated in New Jersey however, due to their location being in an appropriate historical setting, they are a part of the Croton Station Registry.

Architecturally, the Croton North Station shared the basic form as the other historical stations in Westchester. The long and linear design of the station, the extended canopy rooftop, and traditionally divided interior likened the station to its Scarsdale and Philipse Manor counterparts it was however, the brick and darkened tera-cotta exterior and the curved brackets that support the wide, overhanging eaves set the station apart from its peers.