The A. M. Ghost Building

This historic Denver building is named after real estate investor A. M. Ghost who made his fortune selling plots of land in the rapidly-developing Highlands neighborhood during the late 1800s. Today the neighborhood is part of the Ghost Historic District. The building was constructed in 1889 and located at 15th and Glenarm Street until 1979 when the Public Service Company acquired the building and intended to replace it with a parking lot. In an effort to save the building, the front facade was deconstructed brick-by-brick and placed into storage with a plan to relocate the building's facade. This unique effort was the result of efforts of preservationists who shared the building's unique history and its connection to architect William Lang who designed the Molly Brown House and many other Denver structures. In 1984 the pieces of the facade were taken out of storage and rebuilt in its current location where it now serves as home to various businesses. 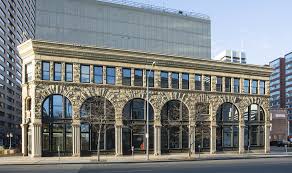 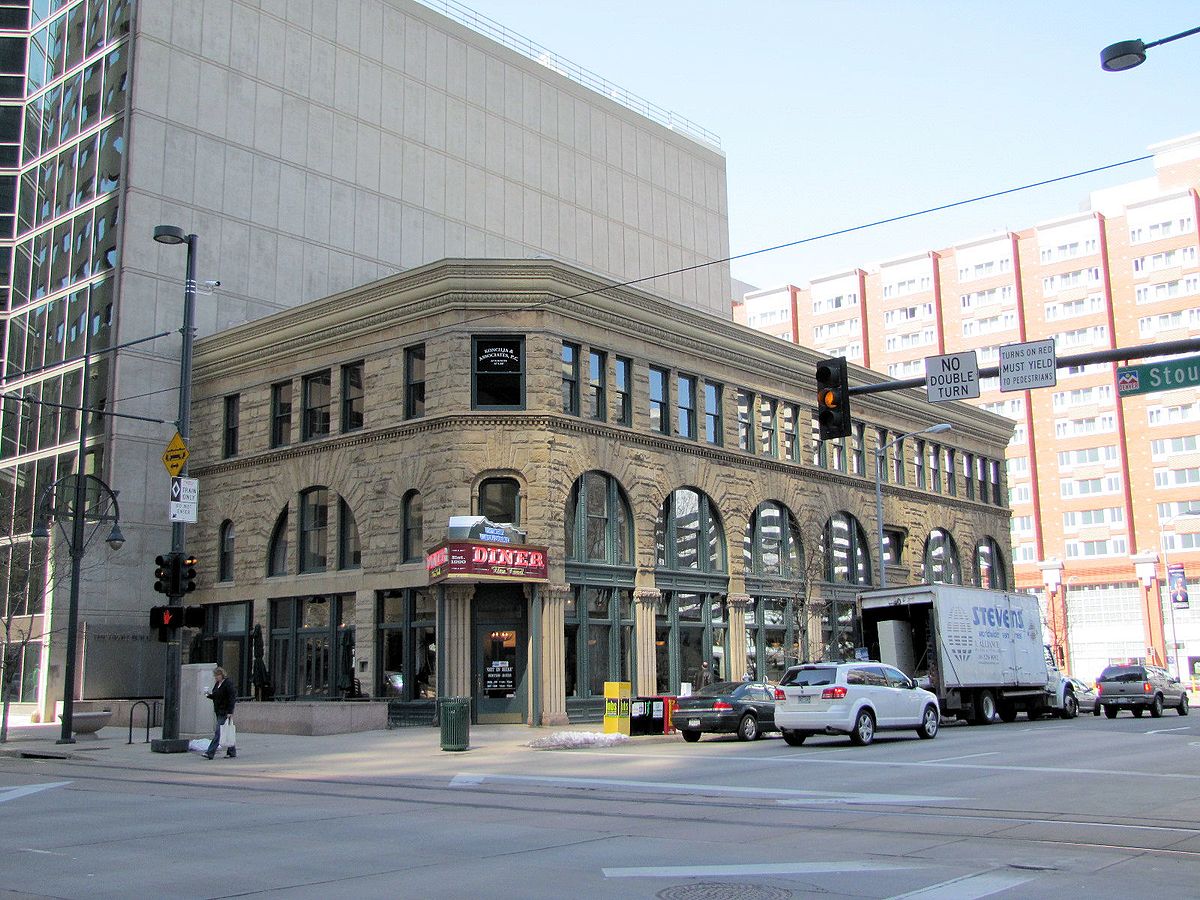 Close up of stone work 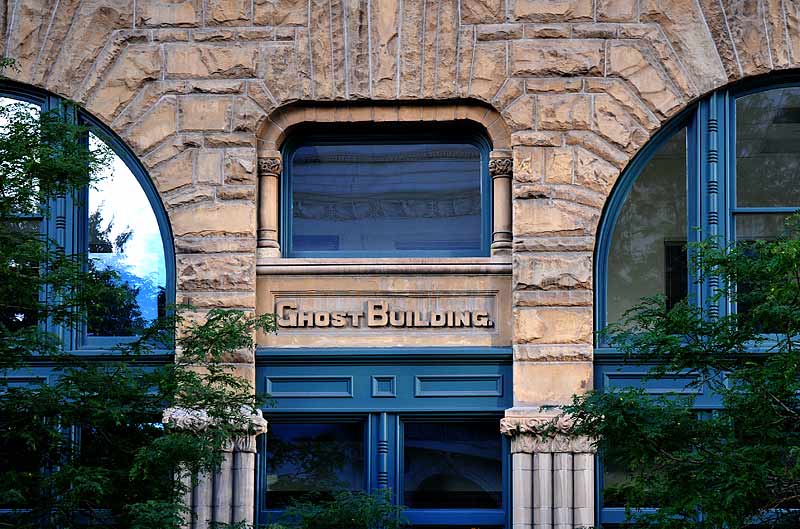 The Ghost Building was named after Allen M. Ghost, well known real estate developer in Denver during the late 19th and early 20th centuries. In 1887, Ghost purchased land in the Highlands and divided the land into plots to sell. At the time a streetcar line was in development for the upcoming neighborhood so the various plots sold at an incredible pace. This area is now known as the Ghost Historic District in the Highlands.

In 1889 Ghost went on to build this structure at 15th and Glenarm in 1889 where it was located until 1979 when it was deconstructed brick by brick. The original architect for the building was Colorado local, William Lang. Lang was best known as the architect of the Molly Brown House in Capitol Hill. The Ghost Building is Lang’s only commercial building from the turn of the century that remains.

Before its removal and reconstruction, the Public Service Co. of Colorado signed a 20-year lease on the property that the Ghost Building stood. Preservationists at the time responded by placed the building on the National Register of Historic Places, however, the PSC’s control of the property trumped the National Register status. When this plan did not succeed, local architect Brain T. Congleton proposed dismantling the facade stone by stone and reassembling the building at a new location.

Congleton was quoted as saying:

“If they can move London Bridge to Lake Havasu, we certainly can move the Ghost Building”

The PSC agreed, incurring a cost of $25,000 to dismantle and store the bricks and pieces of the facade. These blocks sat in a warehouse for six years until the building could be reconstructed at the current location at 18th ST and Stout. The building features the original stone lay, arched windows, and columns.