Dedicated in 2002, this 8½-meter tall Sierra White granite and bronze memorial honors Dr. Martin Luther King Jr. The artist Ed Dwight depicted King symbolically standing on the shoulders of influential leaders and historic figures in the global movement for civil and human rights in the 20th century. This is the second monument erected in honor of Dr. King in City Park. The first was placed in 1976 and depicted Martin Luther King Jr. and Emmett Till. The artist's stylistic approach in that first statue was not well received by all, and it was later placed within a nearby museum in Pueblo. 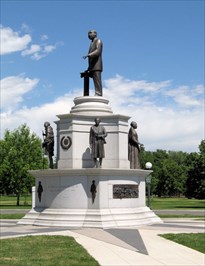 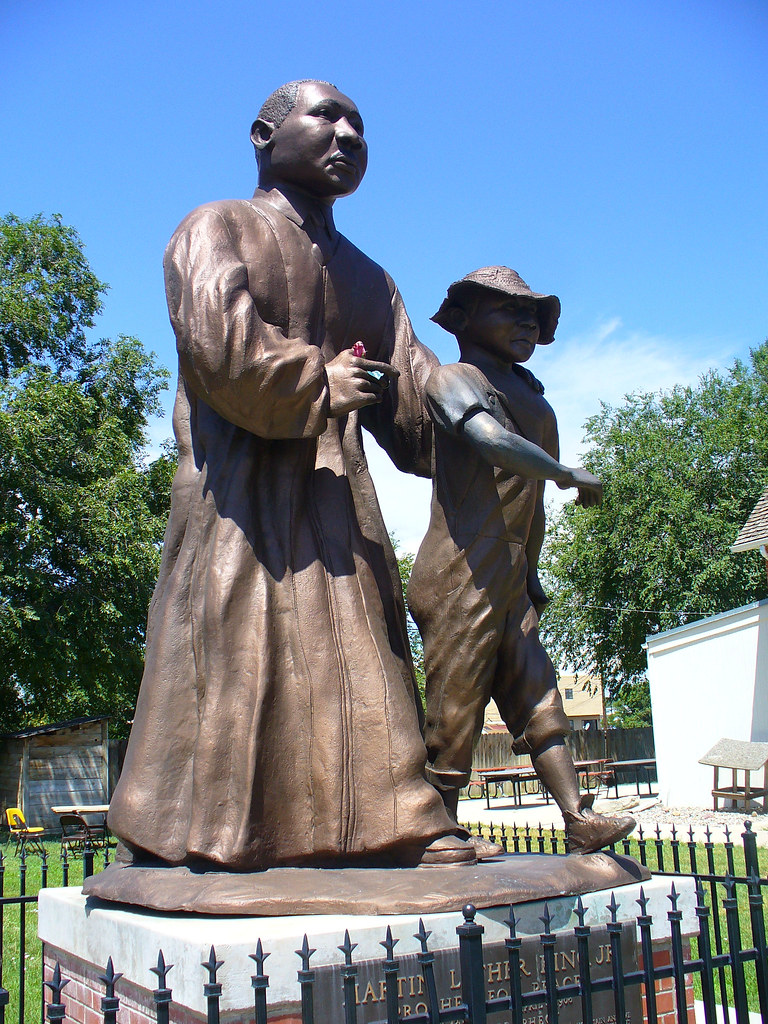 Close up of tiers 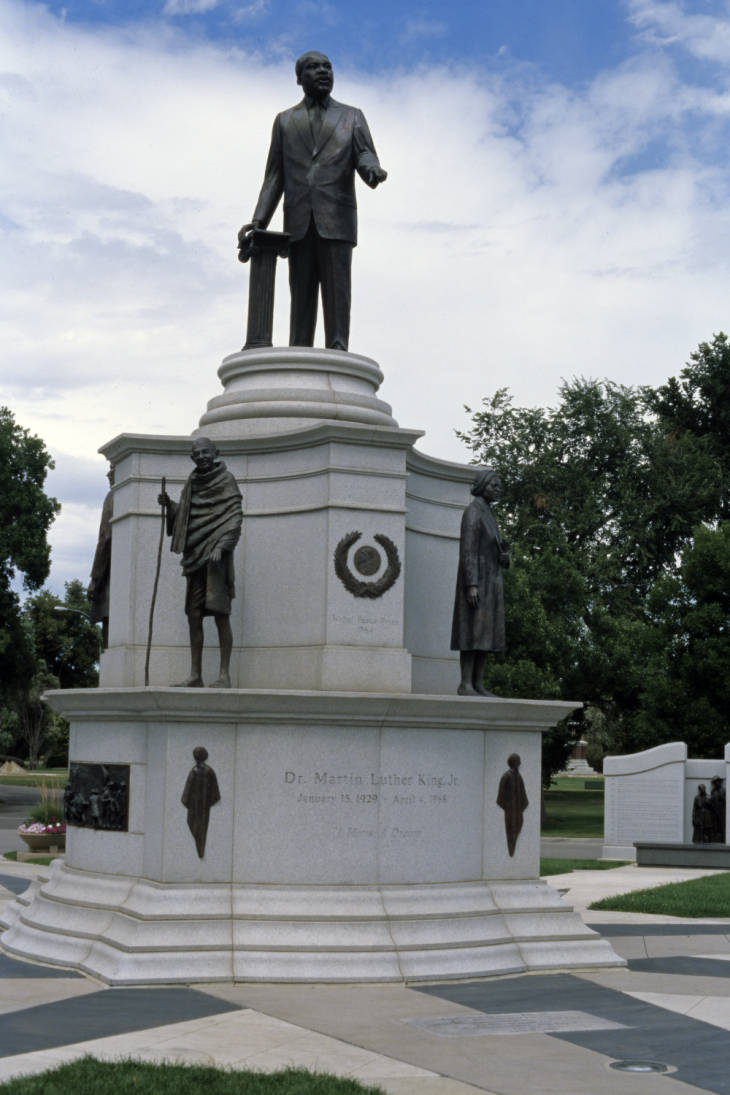 Controversy ensued between the sculptor and the Martin Luther King Jr. Memorial Fund who had commissioned the work. The funders expressed disappointment with the appearance of the statue stating, “Rose’s work didn’t look like King." The complaints centered upon the belief that King’s head was too large and the funders refused to pay rose for his work unless it was altered to better match their preferences. An aggrieved vendor who cast the statue in New York threatened to come and chop the head off the statue, in order to get paid. Rose sued the Memorial Fund and was eventually paid.

The current monument is a three-tiered sculpture. A bronze Dr. Martin Luther King Jr stands on a neoclassical-style pedestal. Beneath him are four key figures that fought for human rights: Mohandas Mahatma Gandhi, who demonstrated a non-violence approach to protesting British rule in India. Dr. King was inspired by is teachings during the Civil Rights Movement; Rosa Parks, who sparked a 381 day boycott of the Montgomery transportation system in 1955, by peacefully protesting her right to sit in a seat at the front of the bus; Frederick Douglas, a former slave turned abolitionist, political figure and freedom writer who influenced Dr. King's speeches; and Sojourner Truth a former slave who fought for the abolition of slavery and rights for minorities and women. On the pedestal below these figures are two bronze reliefs that highlight the African American history from slavery to the 1960's.

The statue was created by Ed Dwight. It was dedicated in City Park in 2002. This statue was also questioned for the same reason as the previous statue, and the artist also defended his work as an accurate depiction of King. The memorial site is an annual meeting place for the Denver Parade every January. The parade is a celebration of the man, the myth, and the legend, Dr. Martin Luther King Jr. The parade starts in City Park and travels all the way down to the Capitol Building in Civic Center Park.