Late in 1905 the Washington Trust Company applied for a charter to establish a new bank in Wenatchee. It became the First National Bank, which opened its doors in the old Forde Building on the northwest corner of Wenatchee and Orondo Avenues on March 6, 1906. W. T. Clark, the president of the High Line Canal and the builder of Wells House, was the first president of the bank. At the time the bank was established the principal transactions were made in gold and silver. The Rosenberg Block soon replaced the Forde Building and the bank occupied part of the new structure. These facilities were soon inadequate and the bank was remodeled in 1910. Again in 1922 the bank needed more space, the Rosenberg building was demolished, a new building constructed and ready for use in 1924. This building was razed in October, 1964 and was replaced by the present beautiful bank building, completed in March, 1966. The Seattle First National Bank acquired the First National Bank in 1940. SeaFirst is now gone and this building has undergone another remodel, temporarily housing the Wenatchee Public Library during their own remodel in 2019-2020.

The stately facade of First National Bank as it appeared in 1910. 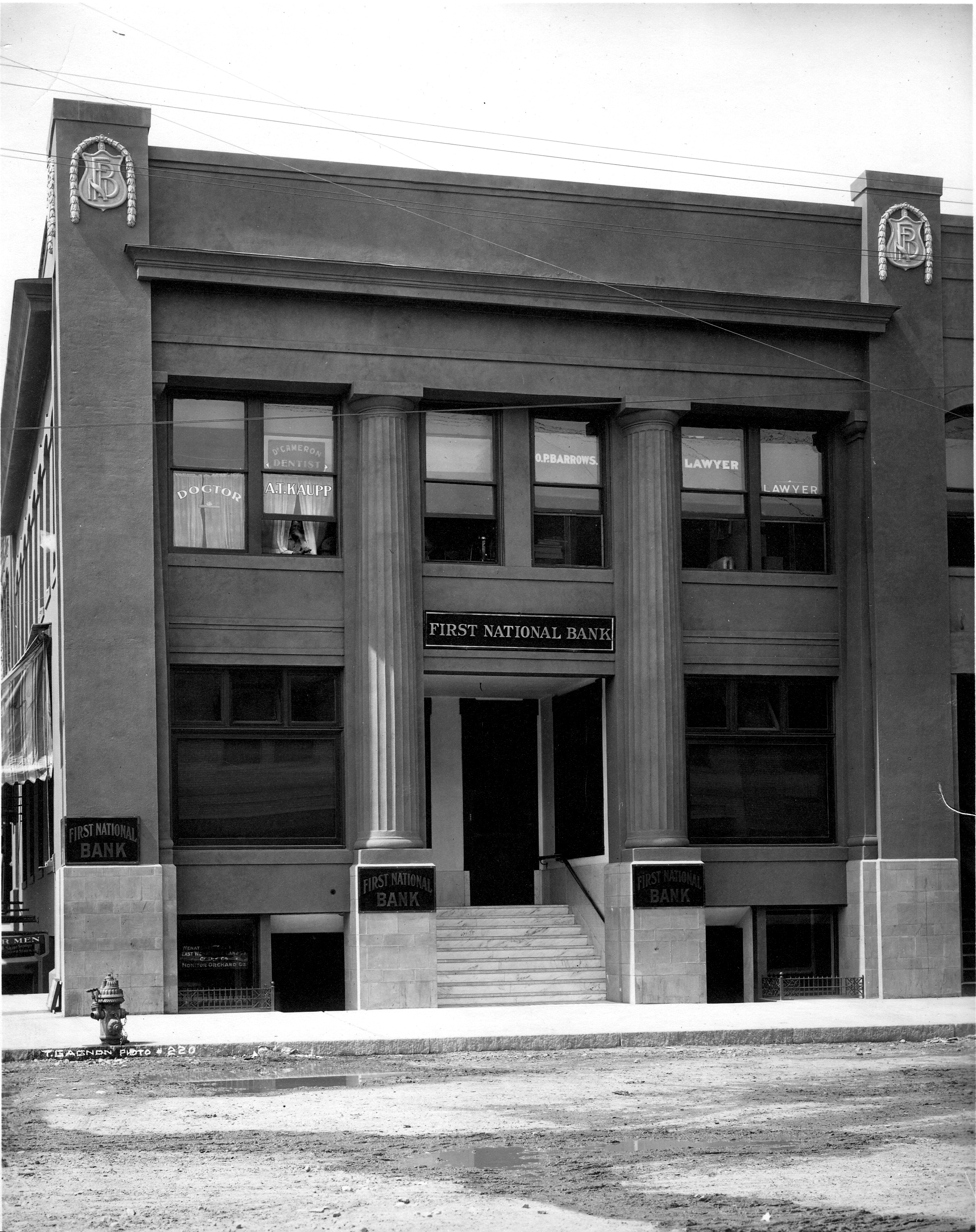 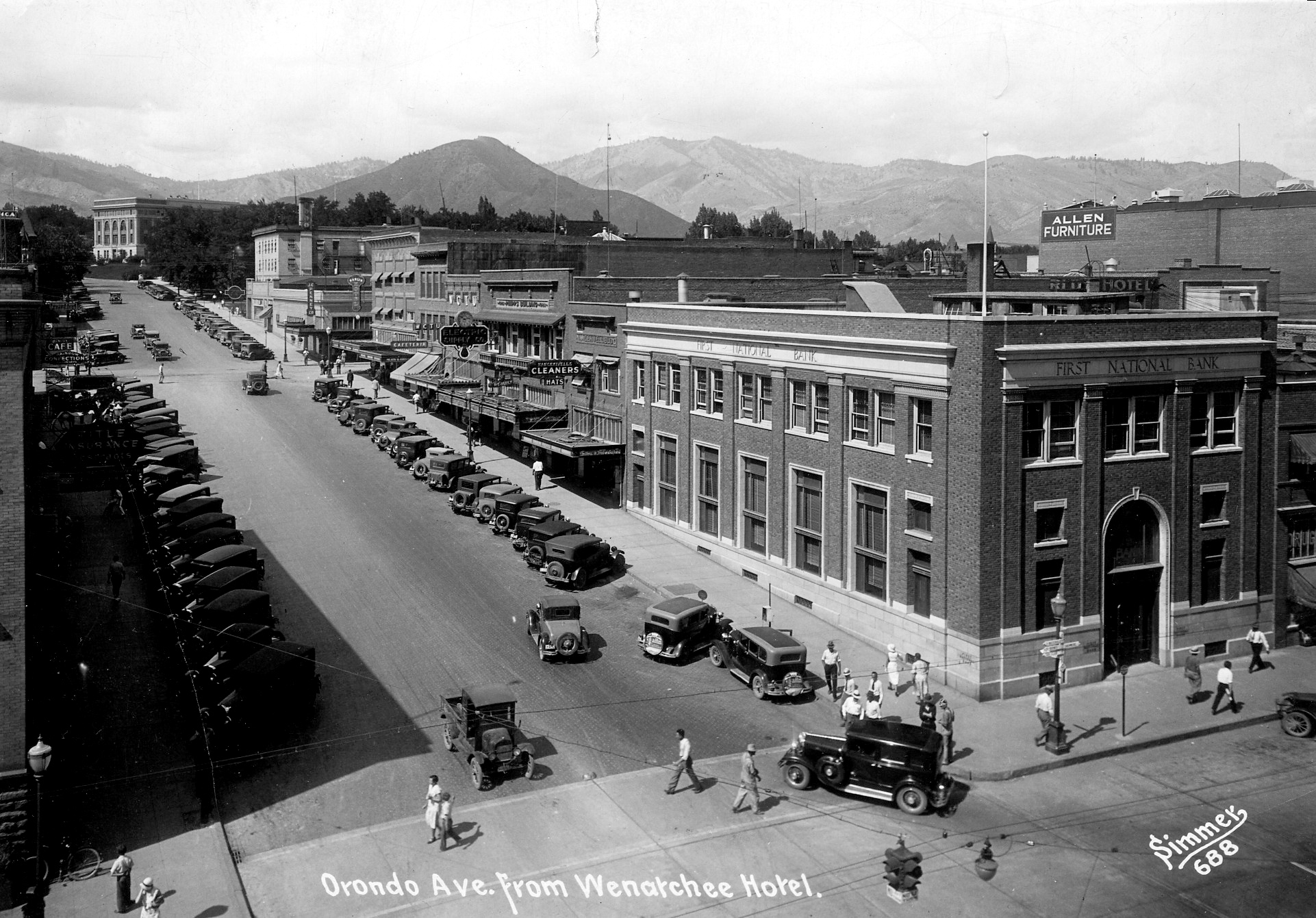 The intersection of Orondo and Wenatchee Avenues has seen many businesses over the years. Originally this intersection was a large diamond shaped town square. Here in 1894 there were two buildings housing a general store and a saloon. Five years later the saloon became a post office and later an ice house, with lodging on the second floor. James Forde and Henry Ellis purchased the property in 1906, demolished the general store and built a two story brick building that became the first home of the First National Bank of Wenatchee. A second building housed the Owl Drug Company. The bank prospered, thanks to its prime location and solid stockholders such as Frank Reeves, Al Morris, W. T. Clark, Marvin Chase, A.Z. Wells, Frank Scheble, Obie Fuller and Jacob Miller its first director.In 1924 the bank sold the north 74 feet of property, tore down the two structures and built a grand new brick building for $100,000. It featured massive columns at the entrance, arched windows and ornamental shields at the four upper corners. In 1938 First National Bank of Seattle Merged with the Wenatchee bank and became known as Seattle First National Bank or SeaFirst. This entity demolished the historic building in 1974 and replaced it with the current marblecrete structure that housed Seafirst then Washington Federal then Bank of America. In 2019-2020 this building temporarily housed the Wenatchee Public Library during their own remodel.