The Argonaut Mine is a former gold-mine in central California, with a history stretching back to the 1850s. On August 27th, 1922 it became the site of the worst mining disaster in California history when a fire broke out in the depths of the mine. Despite diligent rescue efforts by miners and citizens from the surrounding communities, 47 miners trapped behind the fire were killed. The exact cause of the fire was not determined. The mine, along with the nearby Kennedy gold mine that was closed in 1919, were later incorporated as California historical landmarks.

The Argonaut mine in operation.

The Argonaut mine as it stands today. 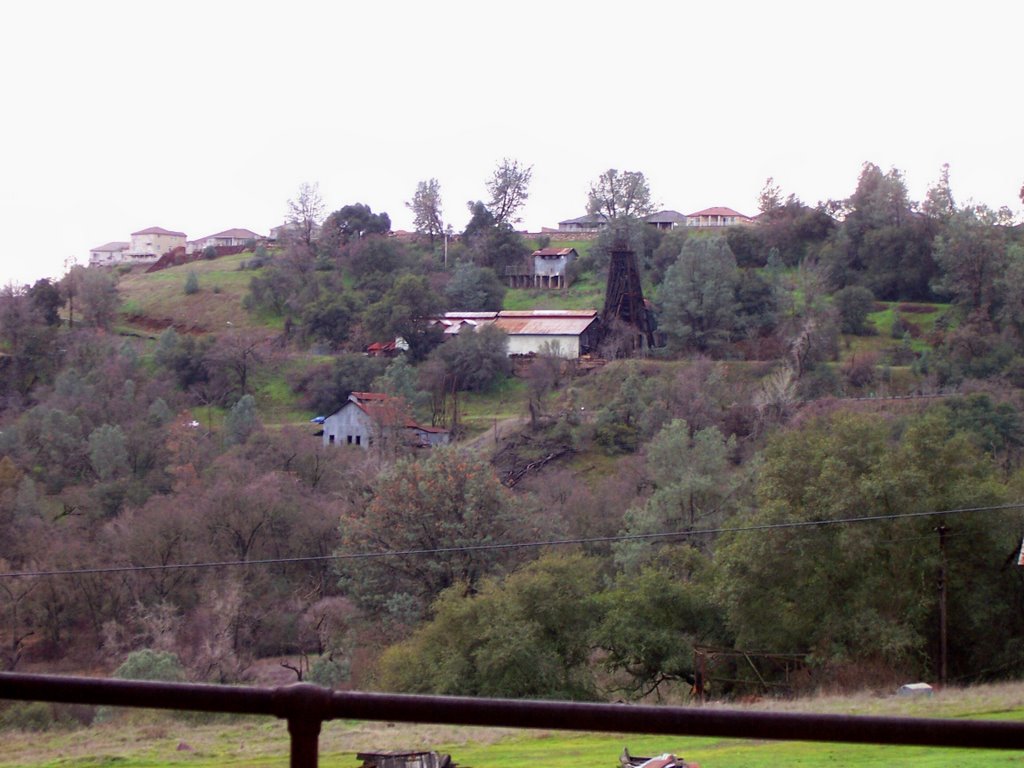 The claim that would become Argonaut Gold Mine was established as the Pioneer Mine in 1850 by freed slaves William Tudor and James Hagar, as part of the California Gold Rush. The two men worked the mine until selling it to the Pioneer Gold and Silver Mining Company in the 1860s who then sold it to the Argonaut Mine Company in 1893. It became one of the richest mines in California, producing 25 million in gold before it was abandoned in 1942. (http://www.sierranevadageotourism.org/content/argonaut-and-kennedy-mines-no-786-california-historica...)

On August 27th, 1922 a fire erupted deep within the main mine shaft, trapping 47 miners in the deeper recesses of the mine. The escaped miners attempted to fight the fire and rescue their compatriots by pouring water down the shaft to smother the fire. The following morning, townsfolk and miners from neighboring sites showed up to help fight the fire. Even with such a large number helping it took two and a half days to fully extinguish the fire. (Mace, 70-74).

Rescue efforts were slow and painful, eventually all miners were found dead. One miner’s body was not found until a year later, in the interim the press spread stories about his escape and new life elsewhere. The dramatic accident caused investigations into the safety standards of California mines, and many advocates of mine safety saw a silver lining in the accident as it would allow them to advocate more effectively for safety standards like second exit tunnels. Ultimately the mine fire resulted in very little being done in regards to the safety standards of California gold mines.  (Mace, 230-235).

The Argonaut Mine and the nearby Kennedy Mine still stand today as historical land marks. The two mines, along with other mines in the area, helped make Amador County, California one of the most productive Mother Lode “gold rush” counties in California. This site, along with other assorted “Old West” attractions such as a stage-coach stop, are famous tourist destinations in the region today.(http://www.sierranevadageotourism.org/content/argonaut-and-kennedy-mines-no-786-california-historica...)

http://www.sierranevadageotourism.org/content/argonaut-and-kennedy-mines-no-786-california-historical-landmark/sie54EDF3804B79CF17C Mace, O. Henry. 47 Down: The 1922 Argonaut Gold Mine Disaster. Hoboken, NJ: J. Wiley, 2004. One of the only books written specifically about the Argonaut Mine fire, the narrow focus is exploited admirably to explore the events preceding and following the fire in intense detail. From the profitable but dangerous years leading up to the incident, to the controversial court case and apathy from state safety officials in the aftermath, this book provides a level of detail not available in other sources.