For more than fifty years, Ward’s Do-Nuts served the Huntington community its “Deliciously Different Donuts.” The shop was established in 1947 by Paul Ward Sr., who came to Huntington after serving in the army during World War II. Over the following decades, Ward and his family baked and glazed countless donuts out of their small restaurant on Fourth Avenue and Fourteenth Street. Open twenty-four hours a day, Ward’s was a favorite among college students, partiers, and shift workers in need of a donut and a coffee late at night. A second location at First Street and Fourth Avenue also offered a chili that was just as popular as the donuts. Ward decided to close the shop and sell its equipment in 2000. In 2001, the building was acquired by Rocco Muriale, who established a restaurant called Rocco’s Little Italy at the location. Rocco’s Little Italy, which is currently owned by the Kim family, remains a popular lunch spot and a place for late-night Italian food on weekends. 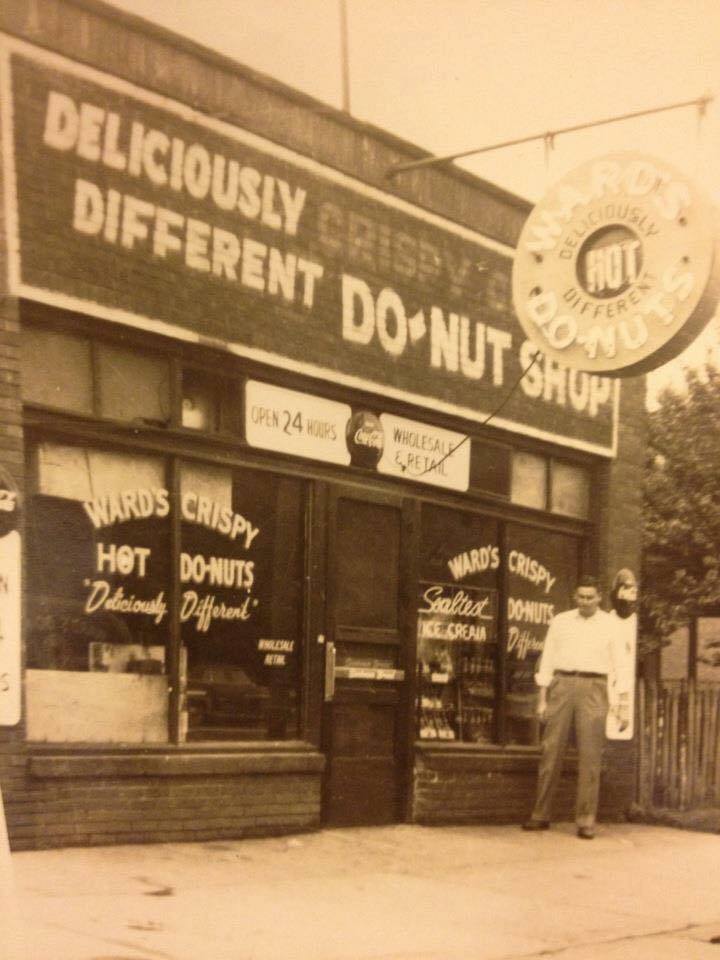 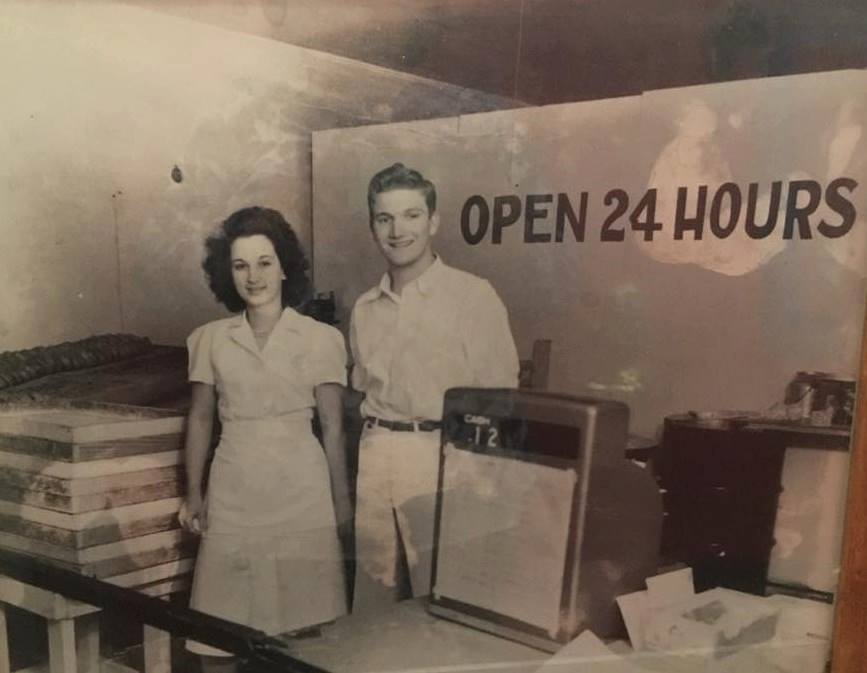 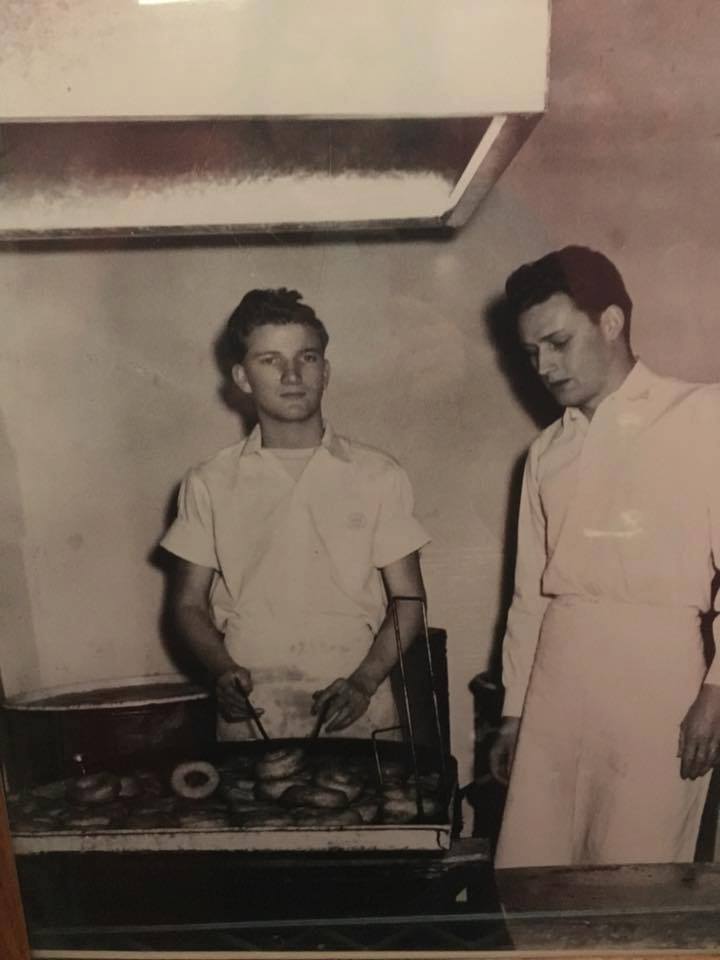 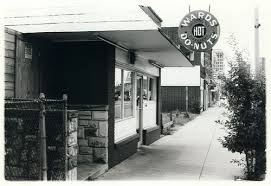 Band members march past Ward's during a parade 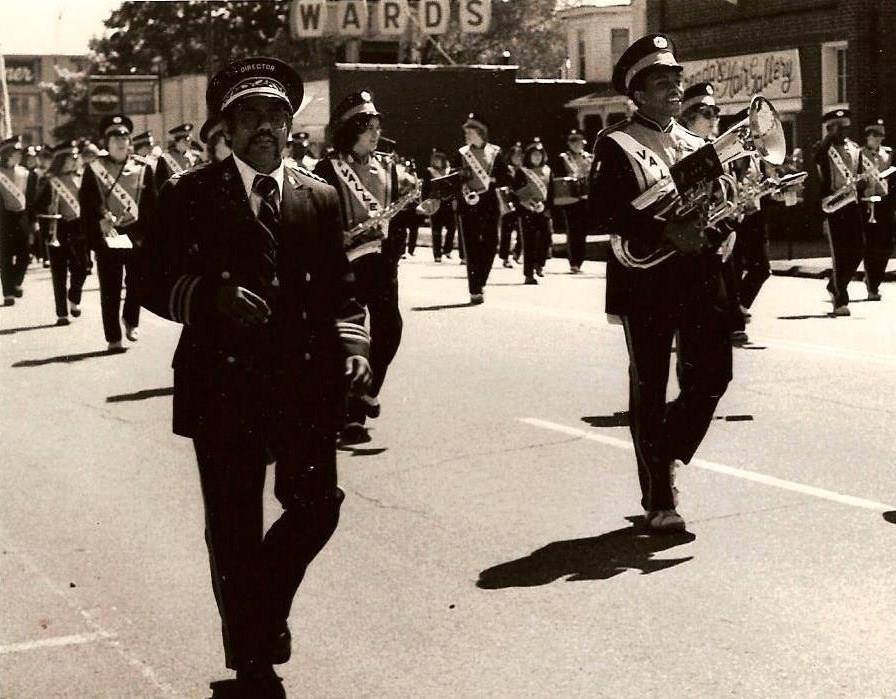 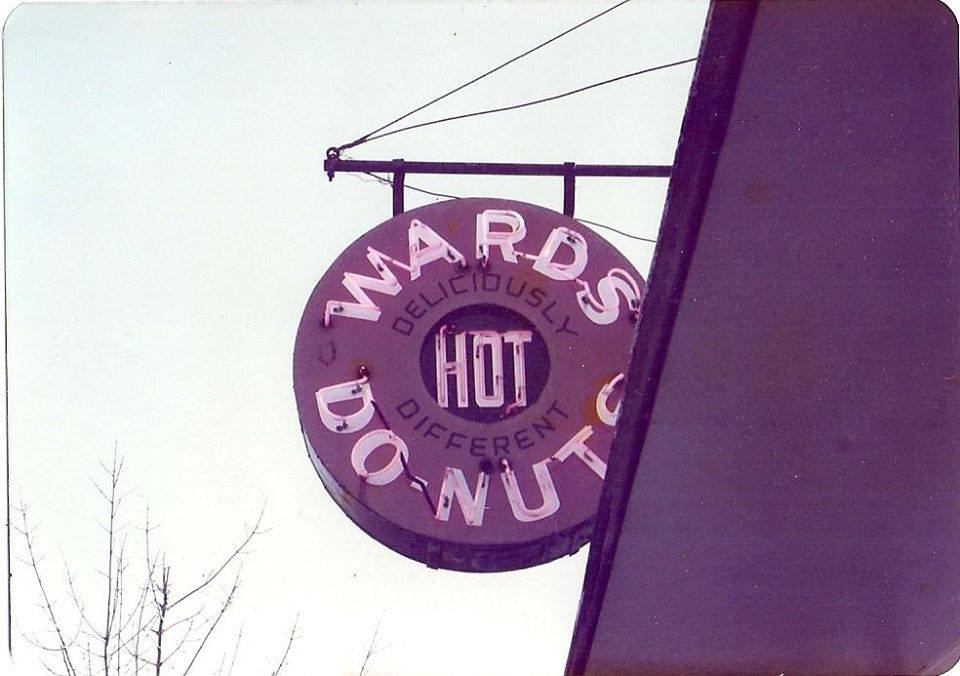 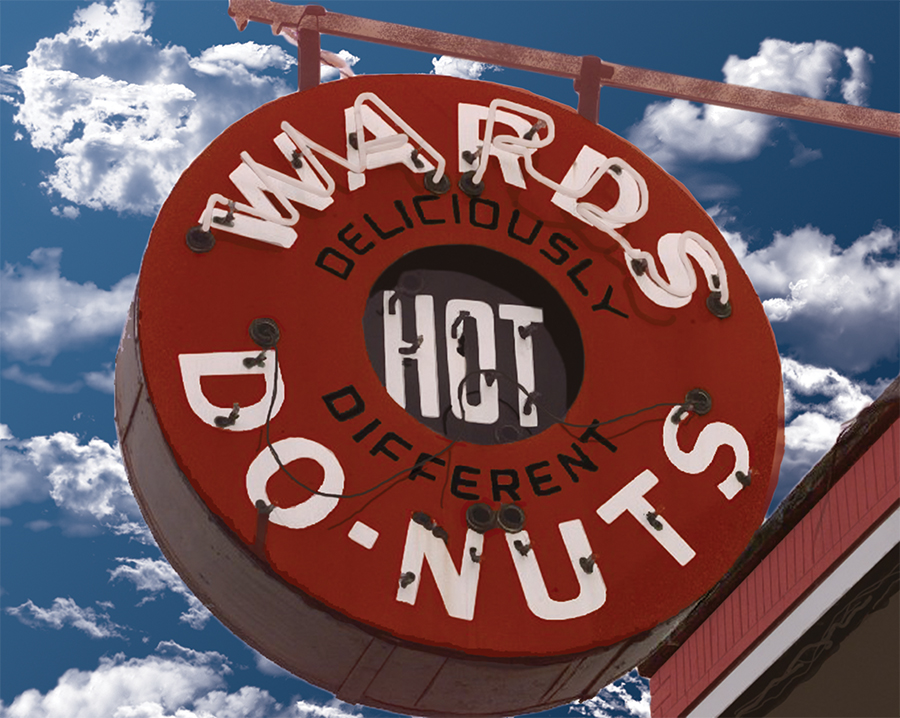 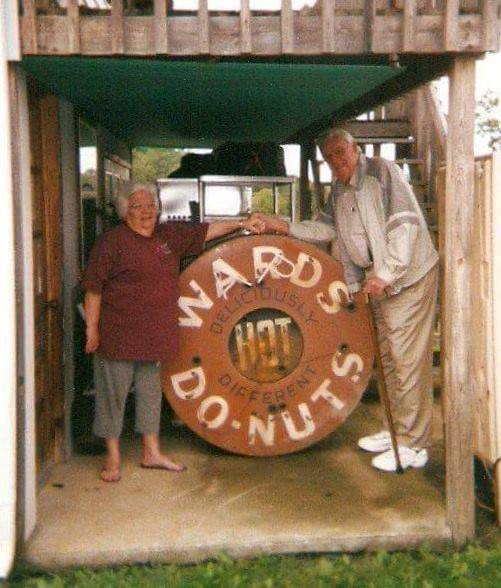 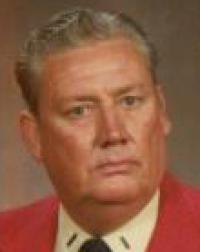 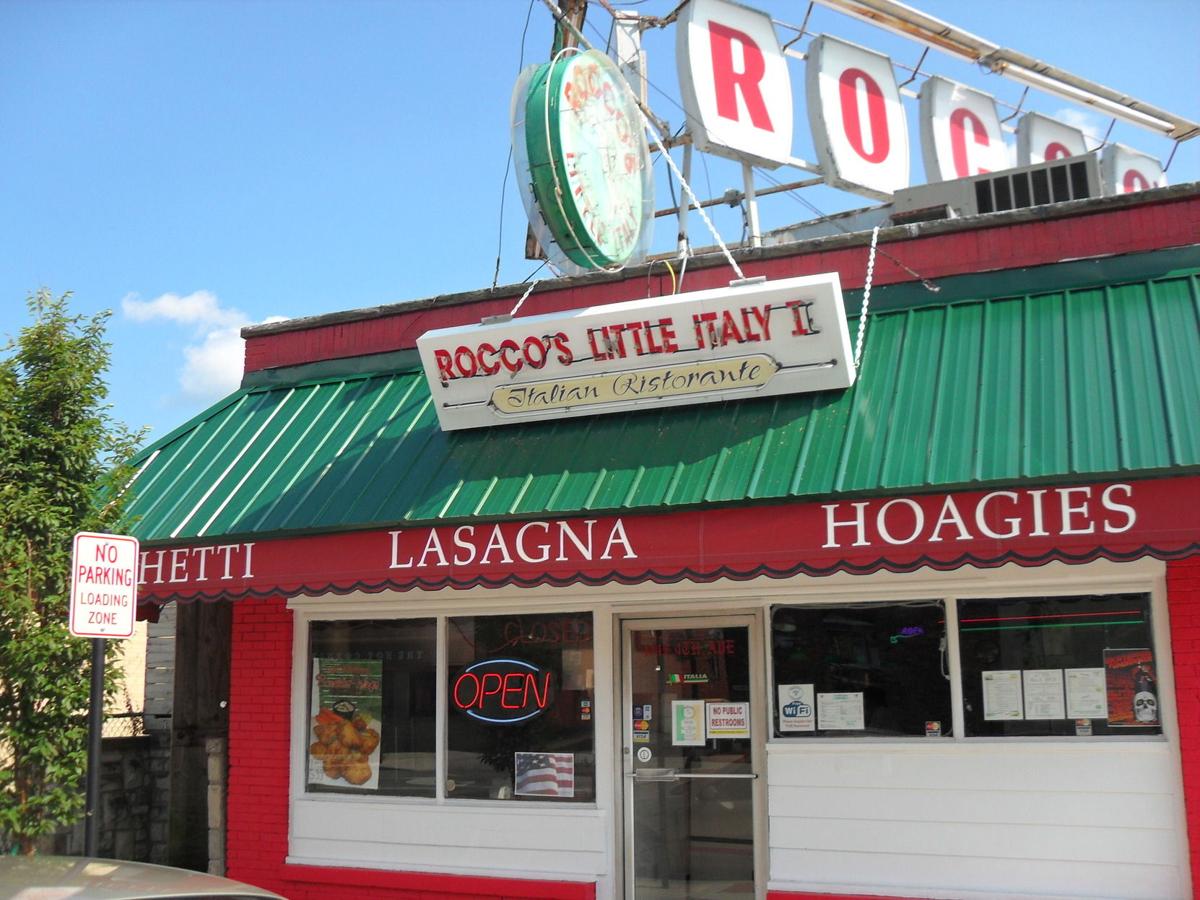 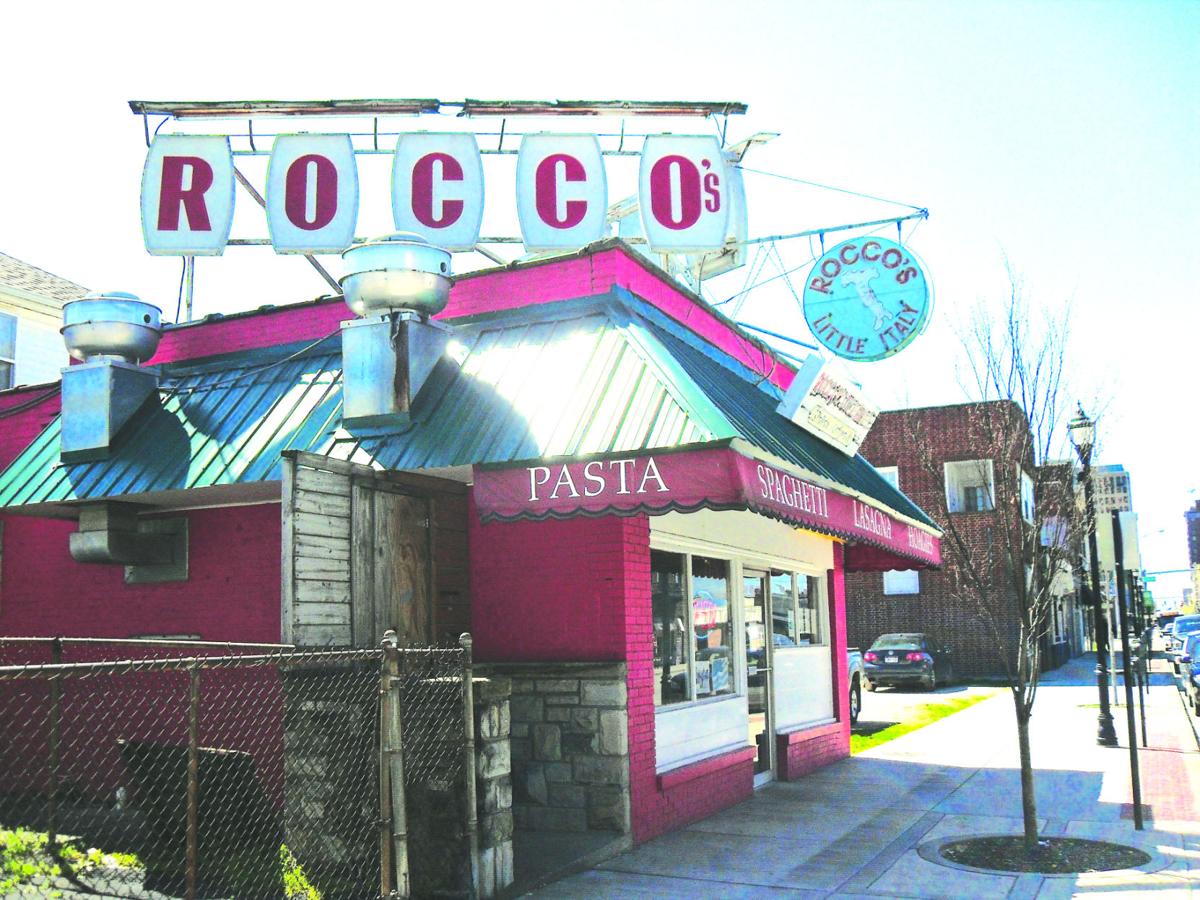 Paul Edward Ward, Sr. was born on December 21, 1922, in Russelville, Kentucky, to Thomas and Louevennie Pulley Ward. As a young man, he worked for the Works Progress Administration during the Great Depression and went on to serve in the army during the Second World War, earning five battle stars. After the war, Ward and his family moved to Huntington, where he opened his bakery in 1947. Originally, Ward included the words “Crispy Creme” in the title of his shop, but he was sued by Krispy Kreme for the similar name. When Ward changed the name to simply “Ward’s Do-Nuts,” the suit was dropped.

With its sign that promised “Deliciously Different Do-Nuts,” Ward’s Do-Nuts went on to become one of Huntington’s most popular bakeries. According to Ward, the donuts were made with an old family recipe from Tennessee. Ward’s donuts were potato donuts, also referred to as spudnuts, which are made using mashed potatoes or potato starch instead of flour to give them a light and fluffy texture. The bakery was known for its glazed donuts, including a version dipped in chocolate. At a second location in Huntington’s west end, located at First Street and Fourth Avenue, Ward’s also offered a chili that proved to be nearly as popular as the donuts.

Along with its donuts, Ward’s was known for being open twenty-four hours a day. The small bakery was popular among late-night partiers, shift workers, patrolling police officers, taxi drivers, and countless others in need of a cup of coffee and a snack in the wee hours of the morning. Ward’s was also a favorite of local students, from Marshall undergraduates pulling all-nighters to middle and high schoolers who wanted a treat before class or during their lunch period. Because the shop’s sign lit up in the middle when a new batch of donuts was ready, customers knew exactly when to stop by for freshly-baked goods.

After over fifty years in business, Ward’s Do-Nuts closed in 2000. Ward, who was seventy-seven years old at the time, said that it was time that he and his wife Maxine closed the shop. Paul Ward Sr. passed away in 2012. In 2001, the former donut shop was purchased by Rocco Muriale, who founded Rocco’s Little Italy as a brand extension of Rocco’s Ristorante in Ceredo. In 2003, Muriale turned ownership of Rocco’s Little Italy over to employee Joon Kim, who now runs the restaurant with his wife Jung and his son Joon Jr. The cozy diner is best known for its sandwiches. Popular sandwiches include the Underboss, made with a homemade Italian sausage, the Marco Polo, made with grilled chicken, and the Boss, made with steak. The restaurant also serves a variety of pasta dishes such as spaghetti, rigatoni, and lasagna. Carrying on the legacy of Ward’s Do-Nuts, Rocco’s Little Italy is also a favorite spot for late night meals on weekends.