Parmenter Hall's distinctive tower above its mansard roof makes this Baker University building easy to spot from Dearborn Street, tucked behind a modern campus building. Also known as Parmenter Memorial Hall, the building was constructed from 1865 to 1871. The building's claim to fame is that President Abraham Lincoln donated $100 toward its construction; this is supposedly the only such donation Lincoln made. On display on the second floor is the Baldwin State Bank ledger from President Lincoln's donation toward the construction of the building. Parmenter Hall was listed in the National Register in 1977. The second floor is now the campus art gallery. 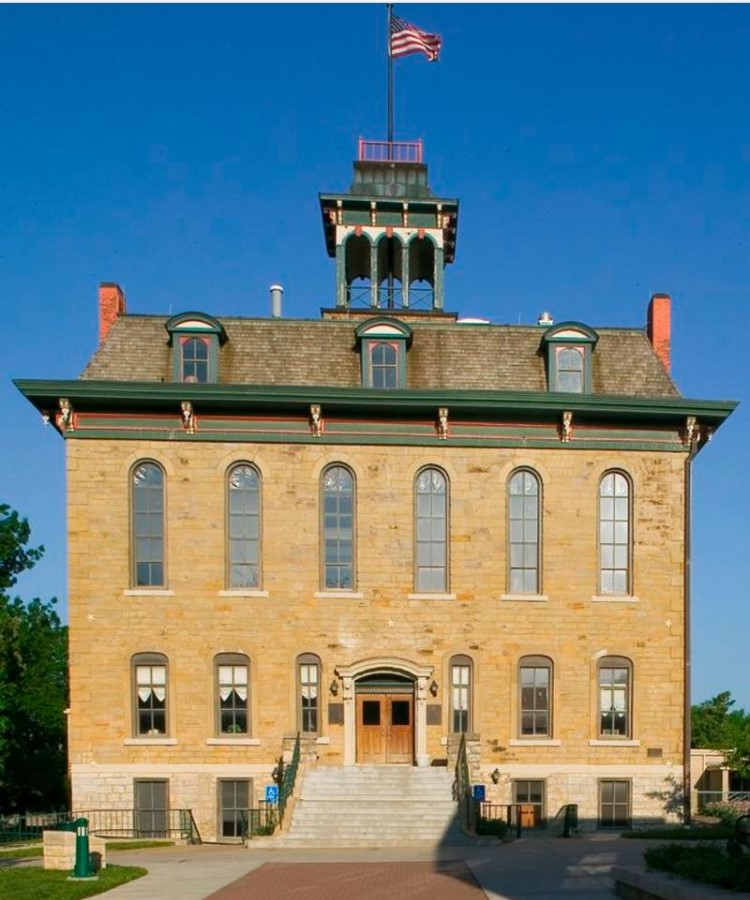 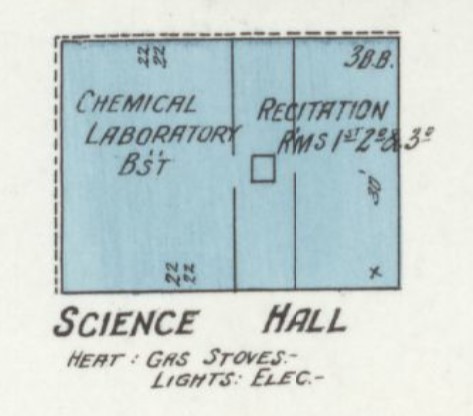 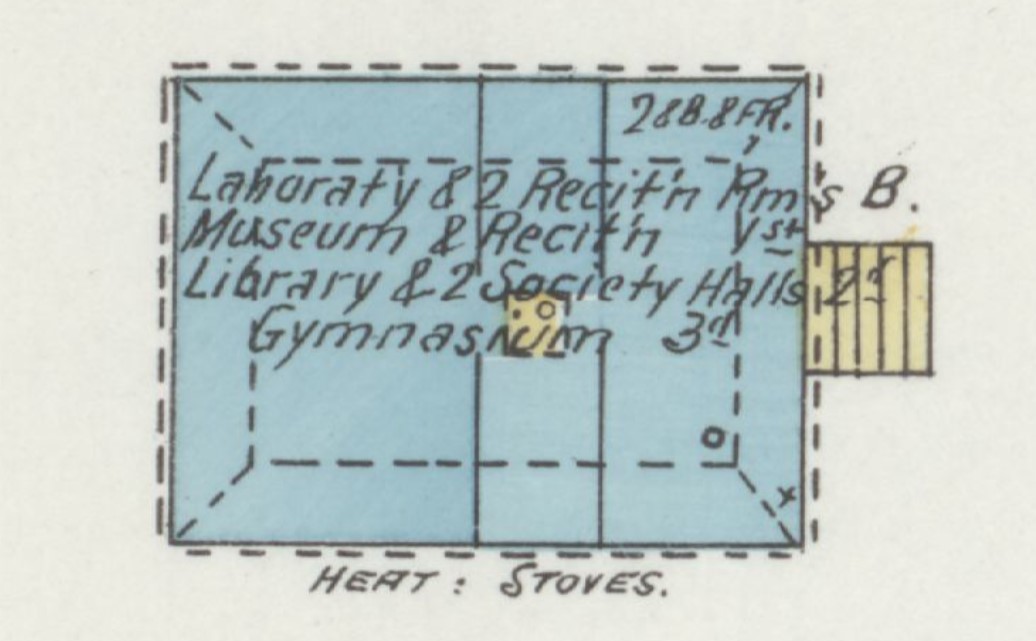 Parmenter Hall was the second building to be constructed at Baker University, after Castle Hall. The cornerstone of Parmenter Hall was laid in June 1866 but classes were not held within until the building was partially finished in 1871. The crowning finish of the bell tower wasn't added until 1882. The stone building housed a laboratory and classrooms ("recitation rooms") in the basement in 1893, according to the Sanborn fire insurance map; the first floor contained a museum and classrooms. The second story in 1893 held a library and two "society halls," while the third floor served as a gymnasium. A third campus building, Centenary Hall, was built of brick and stood southeast by the 1890s; this no-longer-standing building housed classrooms in the basement and on the first floor, and a chapel on the second floor.

The building was known as "Science Hall" by 1912, as seen on the Sanborn map. The basement contained the chemistry laboratory and the other floors held classrooms. Two more buildings had been added to campus by 1912: the Case Library (still standing and a Clio entry), and a former gymnasium near a pond at Sixth and Grove Streets, Taylor Hall.

Baker University operates as a private university and offers undergraduate through doctoral degrees. Currently on the first floor of Parmenter Hall is the Lincoln Kemper Parlor; this served as a student lounge when Parmenter housed the campus student union after a 1938 remodel. The building was renamed after Professor Charles Sylvester Parmenter. The student union moved to Harter Union after that building was constructed. With growing enrollment after World War II, the first floor of Parmenter Hall was converted to a male dormitory. Parmenter Hall was renovated once again in 1977. The Department of History, Culture, and Society has offices in Parmenter Hall.

The Darby-Hope Theater is on the third floor of Parmenter Hall. Named after comedian Bob Hope and U.S. Senator Harry Darby, the theater used to be the site of theatrical productions. Bob Hope donated funds from a benefit performance to renovate the theater. The third floor originally housed the campus chapel.

The uppermost level, beneath the mansard roof, is called "Parmenter Loft" and contains some art department spaces. The tower was designed to hold a bell that has since been moved since it was deemed to be structurally damaging to the building. The "Old 10 O' Clock Bell" now rests between the Osborne Chapel (moved here from England, and rebuilt, stone by stone) and the Ivan L. Boyd Center for Collaborative Science Education.