The Countess House was the childhood home of Mary Ingalls, the Haverhill woman who famously married an exiled French Count. It was built circa 1750 and is a part of the Rocks Village Historic District of Haverhill. The story of Mary was described in John Greenleaf Whittier’s poem “The Countess.” 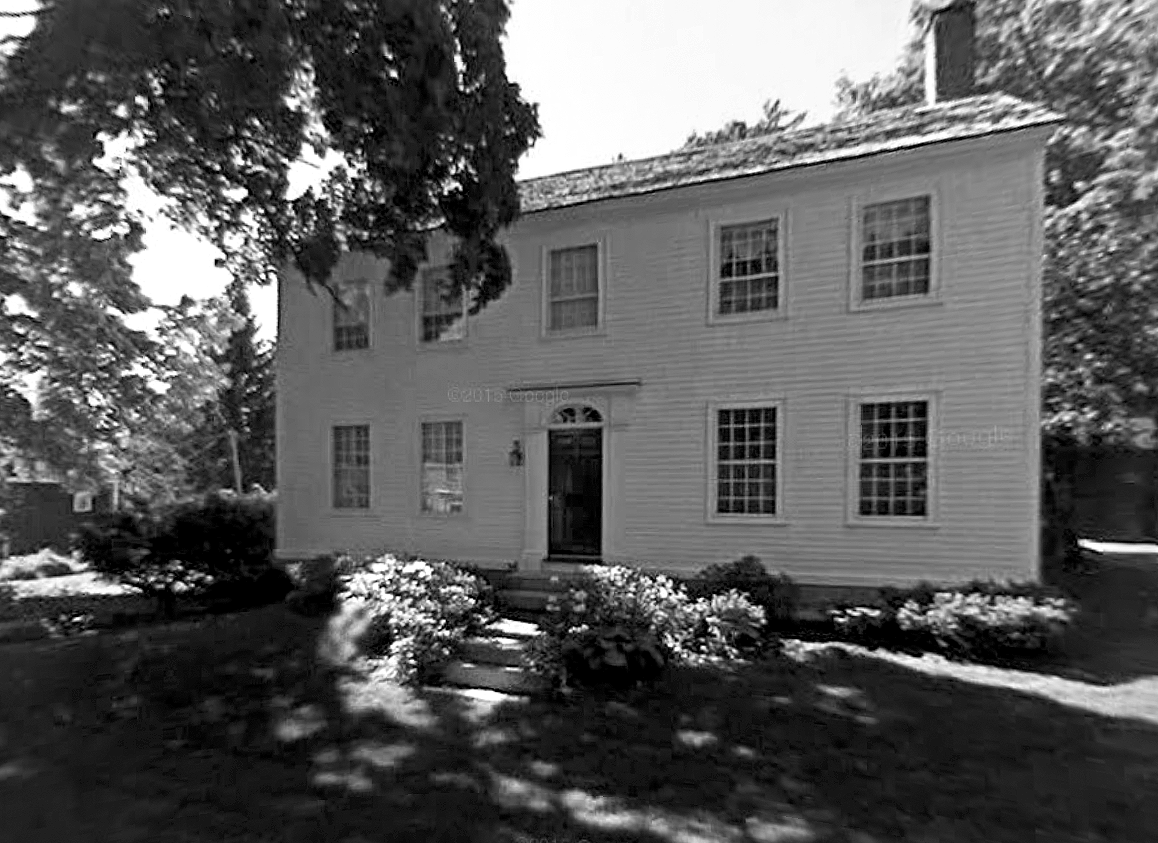 An exiled French aristocrat, the Count François de Vipart, married a girl from Rocks Village by the name of Mary Ingalls on March 21, 1805 and thus she became a countess. John Greenleaf Whittier wrote a poem about Mary titled “The Countess,” included below. She died in less than a year after her marriage from consumption (likely tuberculosis). Her husband returned to his native country, and lies buried in the family tomb of the Viparts at Bordeaux.

This home is where she grew up. The oldest part of the home is a mid-eighteenth century center chimney cape; this is the portion of the house where the countess would have lived. In 1810, a two-story house was added, facing Main Street. The home is decorated by many murals painted by Rufus Porter.

Decades after her death, in 1863, John Greenleaf Whittier wrote “The Countess":

I know not, Time and Space so intervene,

Whether, still waiting with a trust serene,

Thou bearest up thy fourscore years and ten,

But, here or there, a pleasant thought of thee,

Like an old friend, all day has been with me.

The shy, still boy, for whom thy kindly hand

Smoothed his hard pathway to the wonder-land

Of thought and fancy, in gray manhood yet

Keeps green the memory of his early debt.

To-day, when truth and falsehood speak their words

Through hot-lipped cannon and the teeth of swords,

To each sharp clause of that stern argument,

I still can hear at times a softer note

Of the old pastoral music round me float,

While through the hot gleam of our civil strife

Looms the green mirage of a simpler life.

Drops the old bucket in the homestead well,

And hears old voices in the winds that toss

Above his head the live-oak’s beard of moss,

So, in our trial-time, and under skies

I wait and watch, and let my fancy stray

And howsoe’er the pencil dipped in dreams

Shades the brown woods or tints the sunset streams,

The country doctor in the foreground seems,

Whose ancient sulky down the village lanes

I could not paint the scenery of my song,

Mindless of one who looked thereon so long;

Who, night and day, on duty’s lonely round,

Made friends o’ the woods and rocks, and knew the sound

Of each small brook, and what the hillside trees

Said to the winds that touched their leafy keys;

Who saw so keenly and so well could paint

The village-folk, with all their humors quaint,

The parson ambling on his wall-eyed roan.

The muttering witch-wife of the gossip’s tale,

And the loud straggler levying his Blackmail,—

All that lies buried under fifty years.

To thee, as is most fit, I bring my lay,

And, grateful, own the debt I cannot pay.

Over the wooded northern ridge,

Between its houses brown,

To the dark tunnel of the bridge

The street comes straggling down.

You catch a glimpse, through birch and pine,

Of gable, roof, and porch,

The sharp horn of the church.

To meet, in ebb and flow,

The single broken wharf that serves

With salt sea-scents along its shores

The long antennae of their oars

In lazy rise and fall.

Along the gray abutment’s wall

The toll-man in his cobbler’s stall

You hear the pier’s low undertone

Of waves that chafe and gnaw;

You start,—a skipper’s horn is blown

To raise the creaking draw.

At times a Blacksmith’s anvil sounds

With slow and sluggard beat,

Or stage-coach on its dusty rounds

Wakes up the staring street.

A place for idle eyes and ears,

A cobwebbed nook of dreams;

Left by the stream whose waves are years

And keeps, in uninquiring trust,

The old, dull round of things.

The fisher drops his patient lines,

The farmer sows his grain,

Go where, along the tangled steep

That slopes against the west,

Throw back the locust’s flowery plume,

And break the web of brier and bloom

From name and epitaph.

A simple muster-roll of death,

Of pomp and romance shorn,

Has cheapened and outworn.

Yet pause by one low mound, and part

The wild vines o’er it laced,

And read the words by rustic art

Upon its headstone traced.

Of fourscore years can say

What means the noble name of her

Who sleeps with common clay.

An exile from the Gascon land

And loved, of all the village band,

Its fairest and its best.

He knelt with her on Sabbath morns,

He worshipped through her eyes,

And on the pride that doubts and scorns

Stole in her faith’s surprise.

Her simple daily life he saw

In all things by an untaught law

For her his rank aside he laid;

He took the hue and tone

Of lowly life and toil, and made

Her simple ways his own.

Yet still, in gay and careless ease,

He brought the gentle courtesies,

The nameless grace of France.

And she who taught him love not less

From him she loved in turn

Caught in her sweet unconsciousness

What love is quick to learn.

Each grew to each in pleased accord,

Nor knew the gazing town

If she looked upward to her lord

Or he to her looked down.

How sweet, when summer’s day was o’er,

His violin’s mirth and wail,

The walk on pleasant Newbury’s shore,

Ah! life is brief, though love be long;

The altar and the bier,

The burial hymn and bridal song,

Were both in one short year!

Her rest is quiet on the hill,

Beneath the locust’s bloom:

Far off her lover sleeps as still

The Gascon lord, the village maid,

In death still clasp their hands;

The love that levels rank and grade

What matter whose the hillside grave,

Or whose the blazoned stone?

Forever to her western wave

That gives thy sweet flower room,

Wherever, nursed by ease or toil,

Plant of lost Eden, from the sod

White blossom of the trees of God

Dropped down to us from heaven!—

This tangled waste of mound and stone

Is holy for thy sake;

A sweetness which is all thy own

Breathes out from fern and brake.

And while ancestral pride shall twine

The Gascon’s tomb with flowers,

With summer’s bloom and showers!

And let the lines that severed seem

As western wave and Gallic stream

Are mingled in one sea!