Wilbarger Bend was named after Josiah Wilbarger. Wilbarger was a teacher for one year in Matagorda for one year after which he surveyed land and settled in the colony established in what was then Mexico by Stephen F. Austin. Wilbarger and his family were some of the earliest settlers of the area and he was granted about 4,428 acres of land on the opposite side of the river. In 1832, Wilbarger was shot, scalped, and left for dead by Native Americans while he was scouting land with four other men. Amazingly, he lived to tell the tale and ended up living eleven years after the attack. This marker was erected by his descendants nearly a century after that attack. 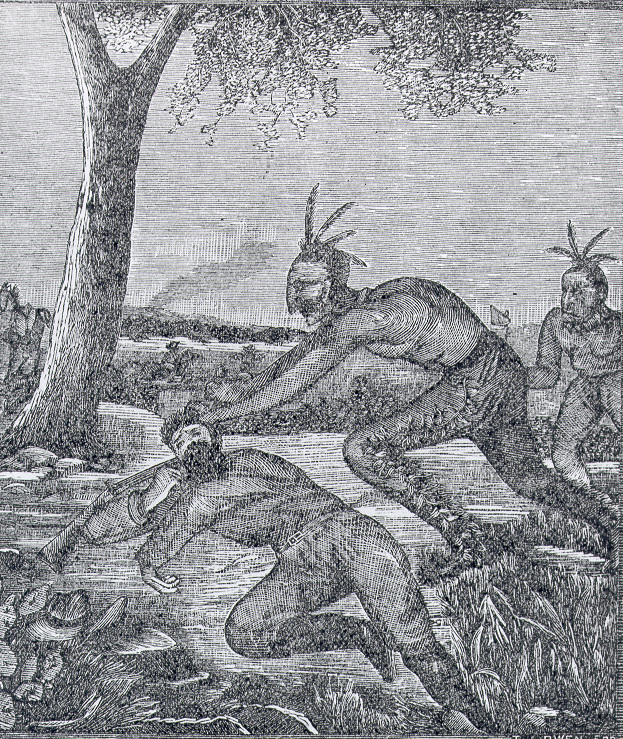 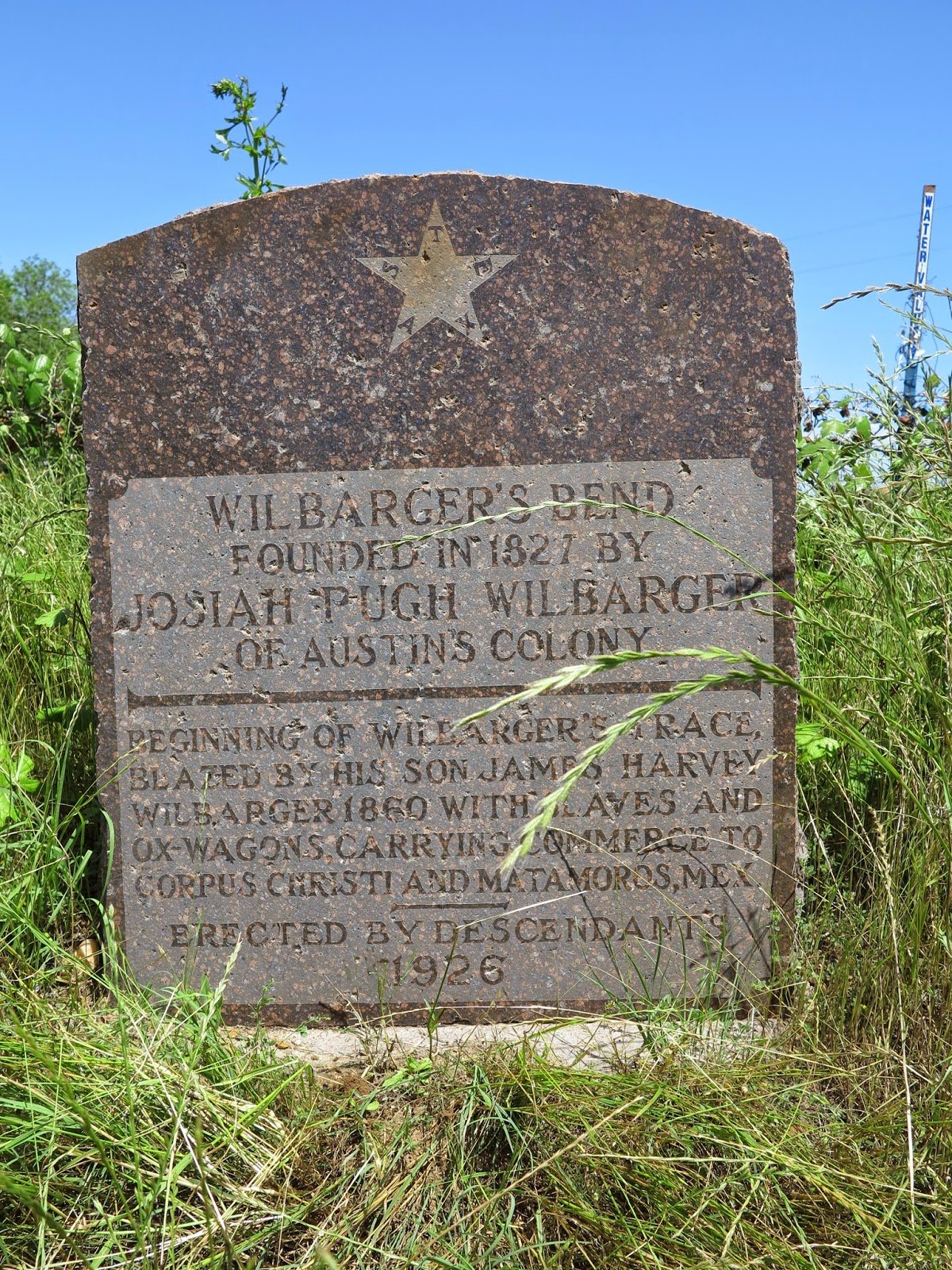