St. Roch and the Campo Santo Cemeteries and Chapels

These cemeteries and chapels date back to the Yellow Fever Pandemic of 1867. Reverend Peter Leonard Thevis made a promise to build a chapel in honor of Saint Roch, a Saint Catholics invoked for protection from plague, if his congregants were spared. When none of his members fell ill, Thevis began efforts to create the first chapel and cemetery located at this site. The construction at St. Roch began in 1875 and was completed in 1895. The chapels at St. Roch served a predominately German congregation as they were constructed shortly after the peak of German immigration to New Orleans. The cemeteries and chapels are named after Saint Roch, and also Campo Santo dei Tedeschi, a cemetery, church, and hospice for Germans, located on the south side of Peter’s Basilica in Rome. 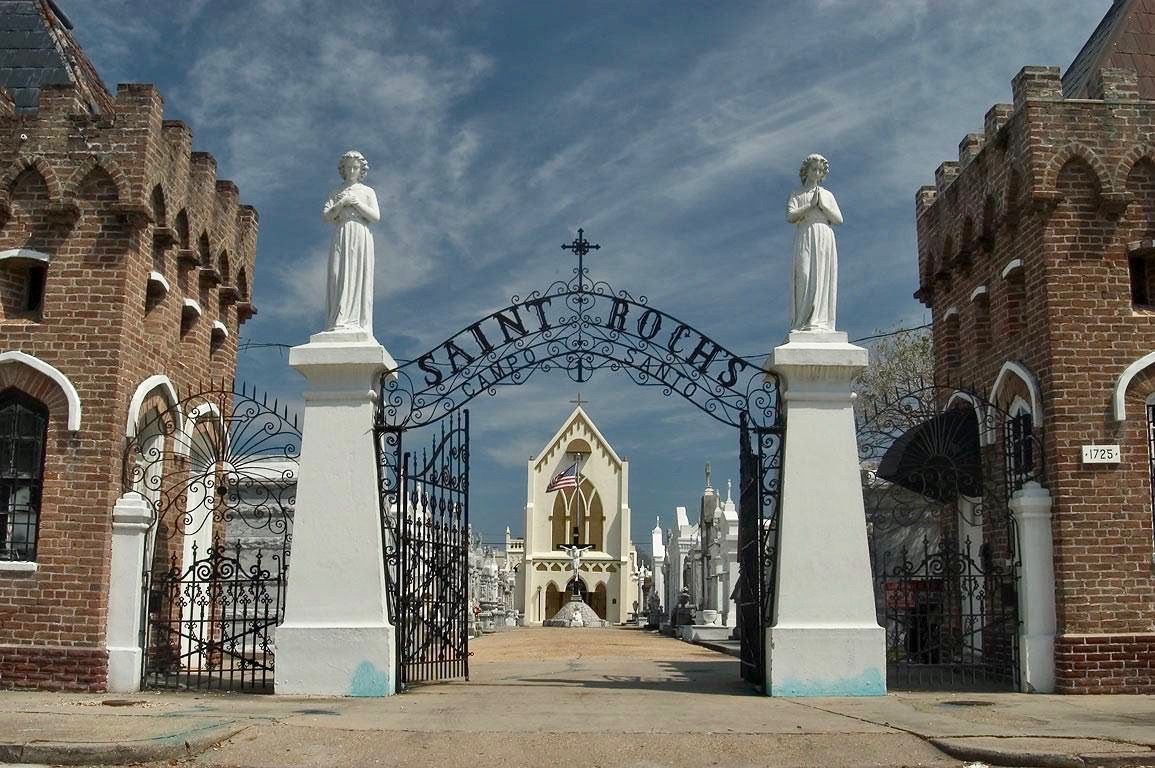 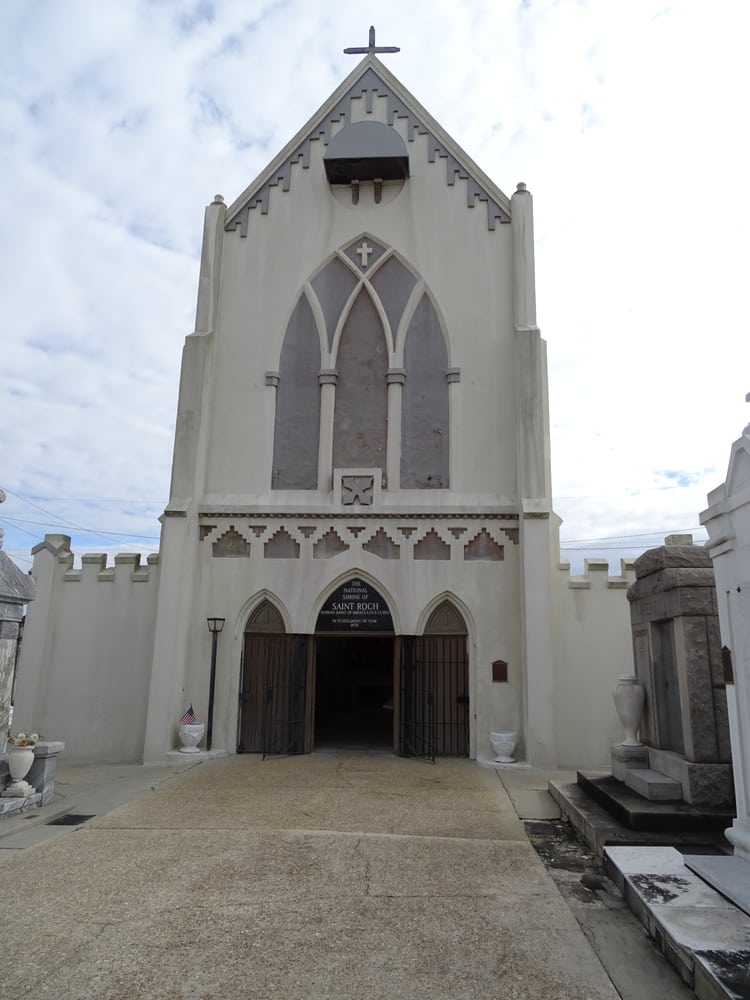 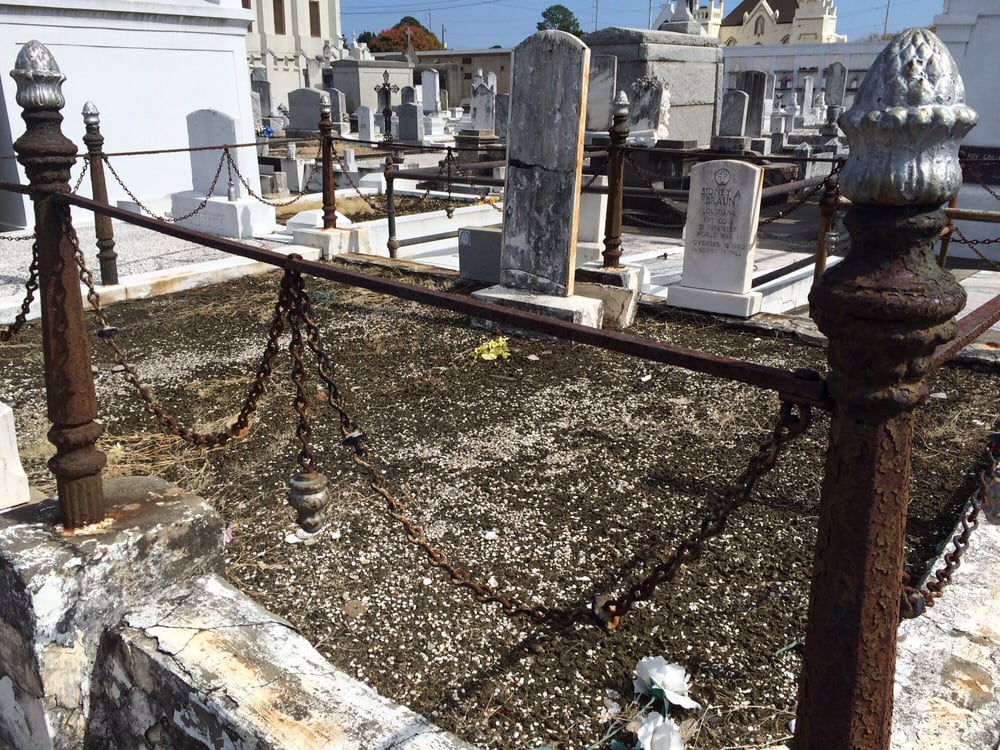 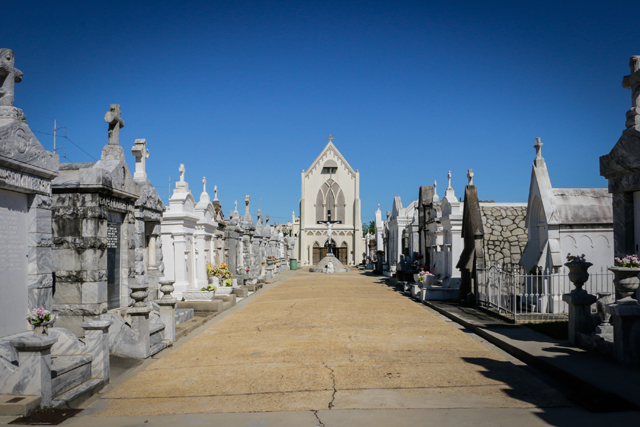 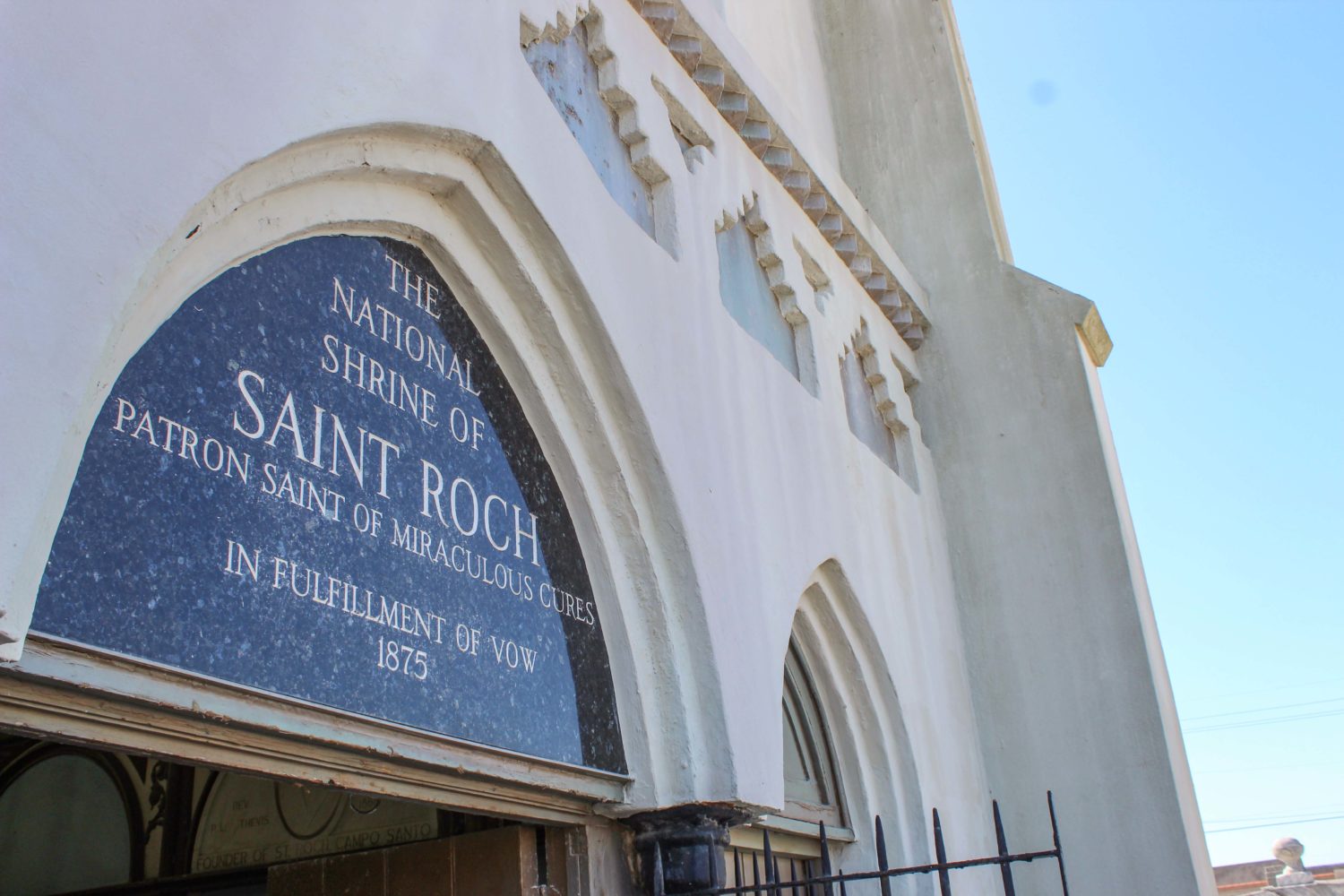 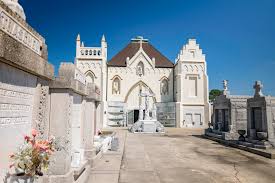 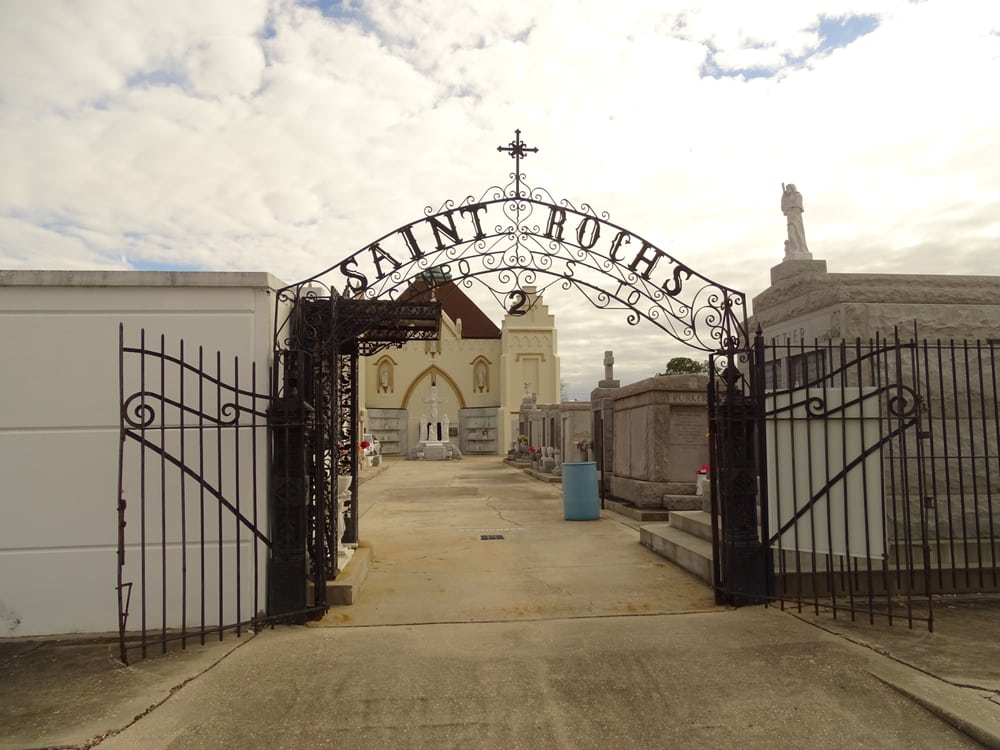 Chapel of St. Michael at St. Roch No.2 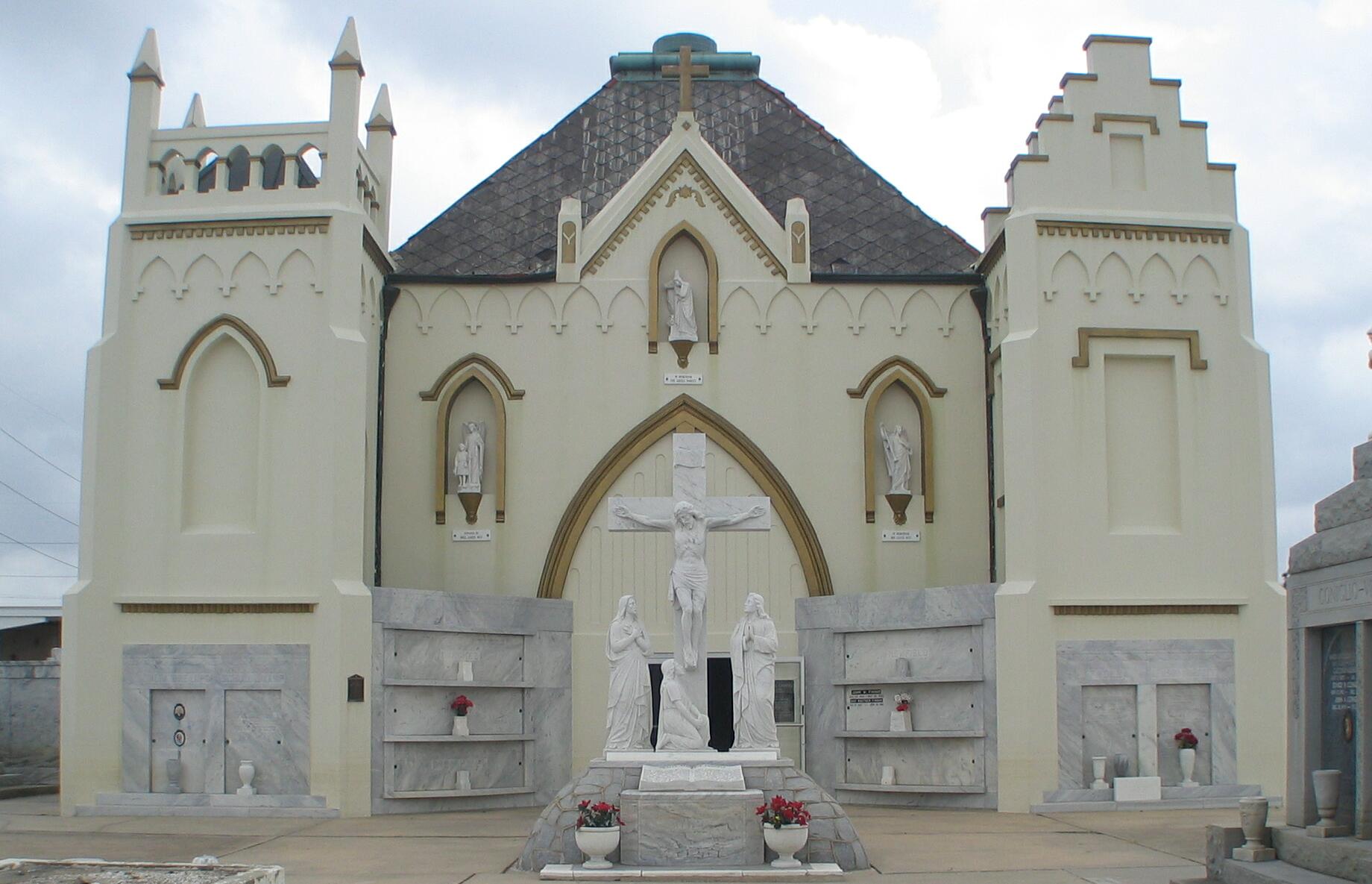 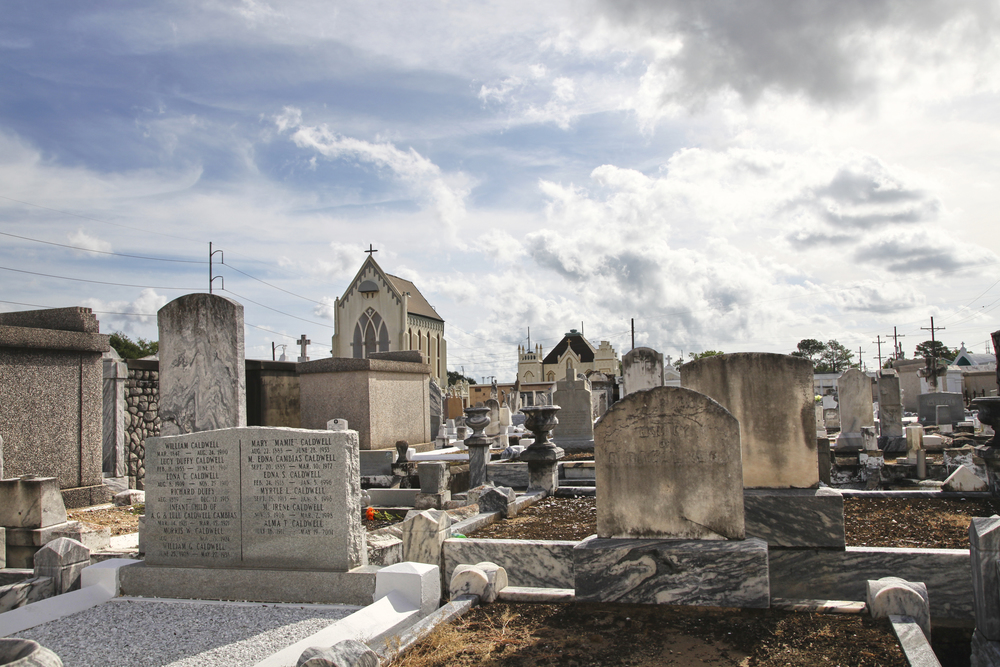 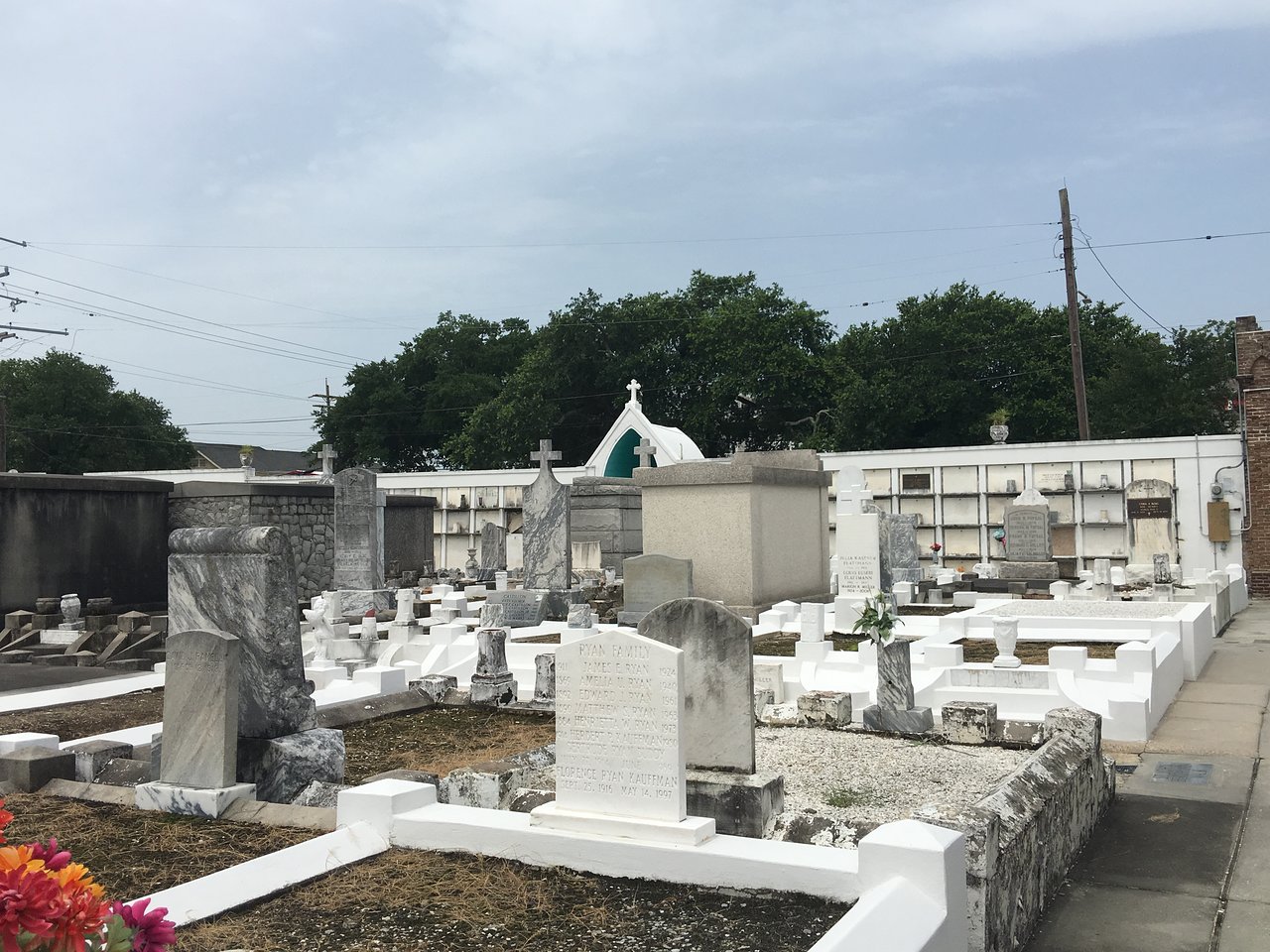 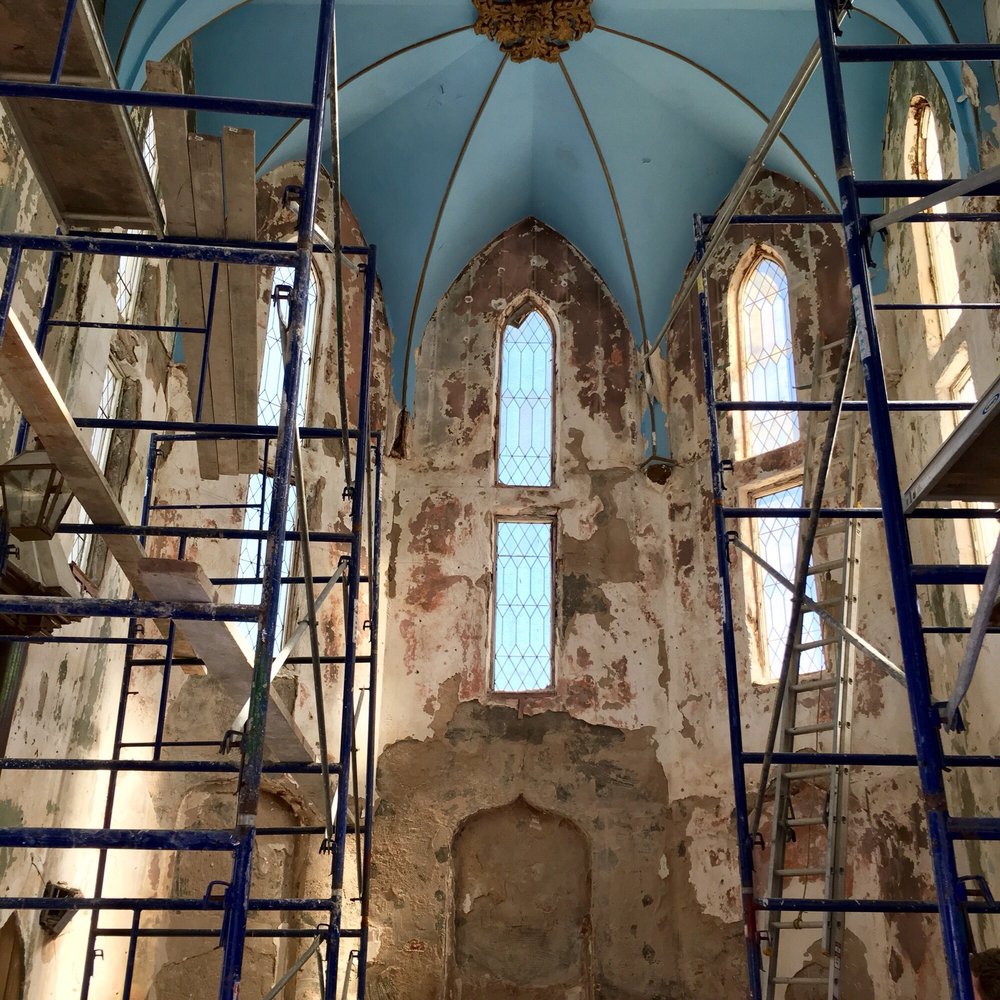 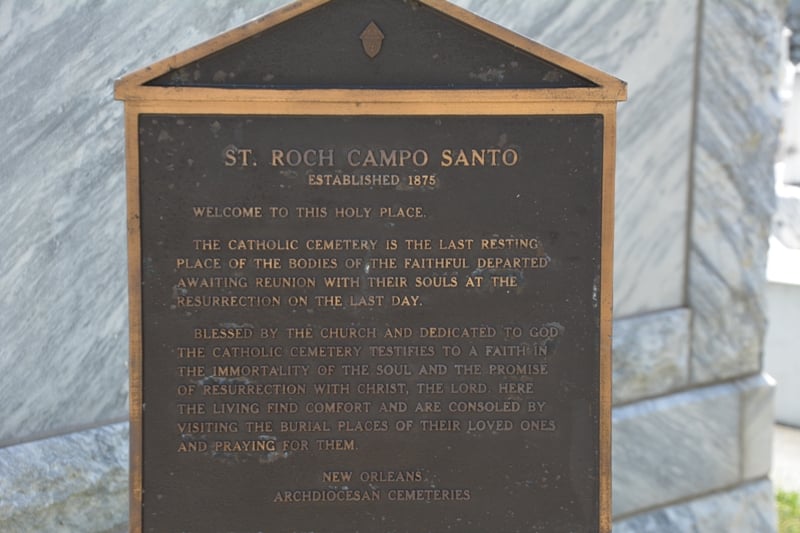 St. Roch and the Campo Santo was established in 1874, by Reverend Peter Leonard Thevis, who promised Saint Roch that if his congregation at Holy Trinity Church was spared from the Yellow Fever Pandemic of 1867, that he would build a chapel in the Saint's honor. After none of the members of Reverend Thevis’ congregation fell ill, he began work to fund the construction of the chapel. St. Roch and the Campo Santo acquired its name after the Campo Santo dei Tedeschi, which was a cemetery, church, and hospice for Germans, located on the south side of Peter’s Basilica in Rome. Both Campo Santo dei Tedeschi and St. Roch contain the fourteen Stations of the Cross. The cemetery at St. Roch No. 1 is surrounded by wall vaults with fourteen niches, each displaying marble statues representing the Stations of the Cross.

The cemetery was dedicated on September 6, 1875, and the Gothic cornerstone for the foundation of the chapel was laid for St. Roch No. 1. Over time, the chapel at St. Roch No. 1 gained a reputation as a place of healing and became a place of pilgrimage for those in ill-health or those seeking spiritual consultation. There is a room to the right of the altar that contains ex-votos or religious offerings. Since St. Roch was known for healing the sick, plaster casts of body parts that were once afflicted with an illness would be left as an offering, as well as carved tokens with words of thanks. The chapel was formally dedicated on All Souls Day on November 2, 1876 by Reverend Thevis.

The layout of St. Roch No. 1 uses the chapel as a focal point, with masonry tombs initially constructed to border the center alley. In-ground graves were marked by wooden crosses and simple markers. In order to continue the growth of the masonry monuments at St. Roch No. 1, the cemetery at St. Roch No. 2 was fenced in and opened around 1879.

Reverend Thevis decided to erect a chapel at St. Roch No. 2 as well. This chapel was dedicated to St. Michael, or Michael the Archangel. By 1891, most of the chapel brickwork was completed and the ornamentation was scheduled, including Reverend Thevis’ wishes for two Carmelite Monks to create the interior frescos. Unfortunately, Reverend Thevis passed away in 1893 after complications caused from a skin infection, and he never saw the completion of the second chapel. Per his wishes, Reverend Thevis was interred under the marble floor of the center isle in St. Roch No.1, at the foot of the Altar.

After Reverend Thevis’ death, construction on the chapel continued, and a contractor named Mr. Brooks drew up the plans for the cemetery and the land was graded in 1893. Construction of the Chapel to St. Michael at St. Roch No. 2 was completed in 1895. This chapel was later converted into St. Michael’s Chapel Mausoleum.

St. Roch Chapel was designated a historic landmark by the New Orleans Historic District Landmark Commission due to its architectural and historical significance. From the early days of their opening, significant changes and restoration to St. Roch have been occurring. Currently, the New Orleans Catholic Cemeteries is in the steps of a final restoration of the St. Roch Chapel to preserve its historic integrity. St. Roch Chapel has been closed to the public since September 2017 when structural issues were discovered during a termite damage inspection. The structural issues stem from the original construction of the chapel and its ongoing repairs. Its original foundation was made of soft clay with lime plaster. Later, Portland cement and latex were used to prevent water intrusion. However, this did more harm than good. No water could get in, but the water that was in could not escape. Layering these two materials resulted in the deterioration of the original masonry. It was later noticed that layers of aluminum that were added in 1958 caused the plaster to bulge away from the walls. While fixing the damage to the walls, it was noticed that the techniques used to fix the walls were causing the ceiling to fall apart. Supports were put in place throughout the chapel to add structural support. Ornamental details such as corbels that had been damaged beyond repair were replicated. Surprisingly, the only room in St. Roch Chapel to not suffer damage was the room that housed the ex-votos. The repairs were estimated to be completed by 2018, but the Chapel is still closed today.