This introduction was recorded as part of the Frisco Historic Park & Museum self-guided audio tour. It is meant to mimic the style of oral histories.

The Jail at its original location. Circa 1983. 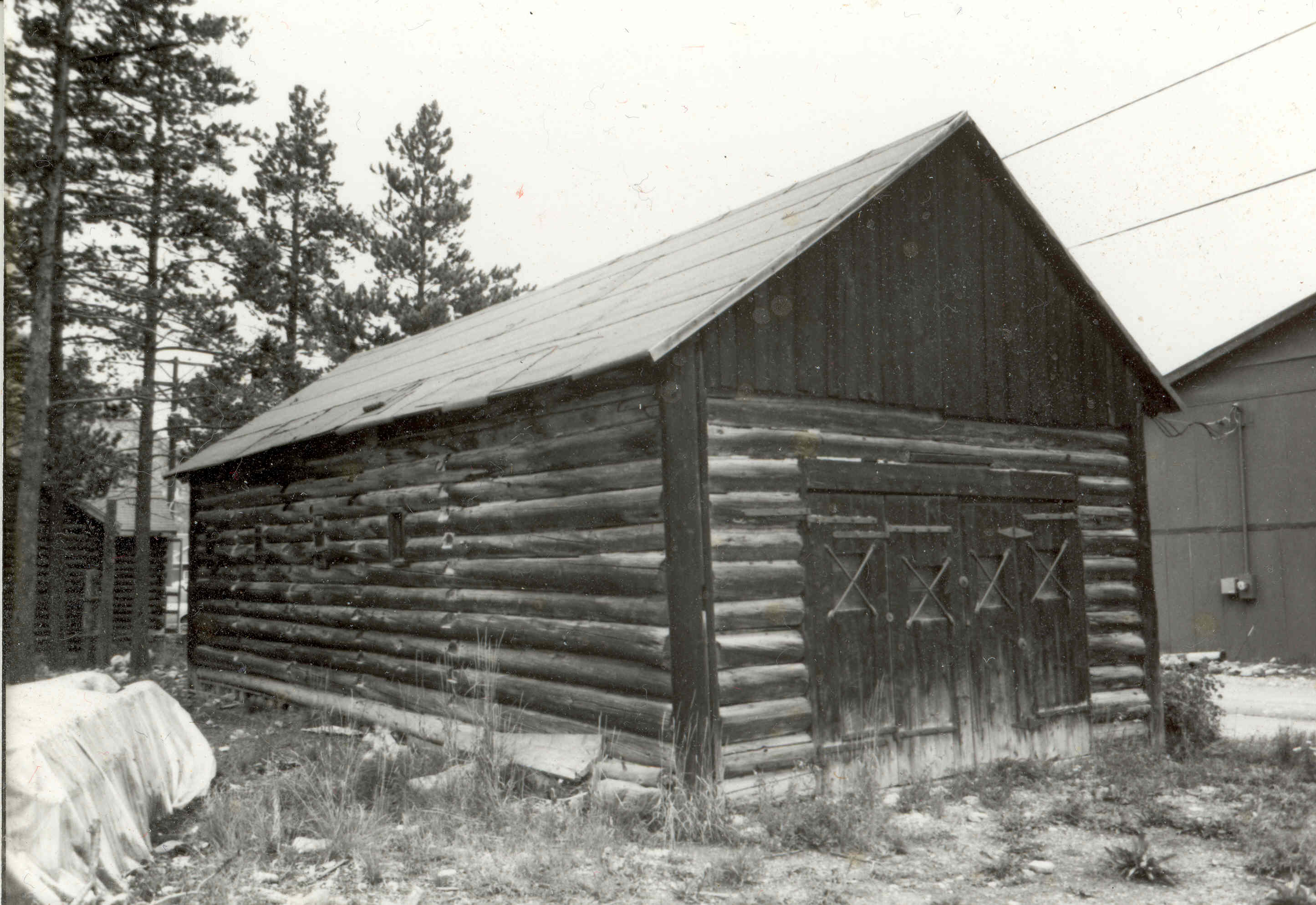 A rocker, used by placer miners to sift through sediment and hopefully find small grains of gold. 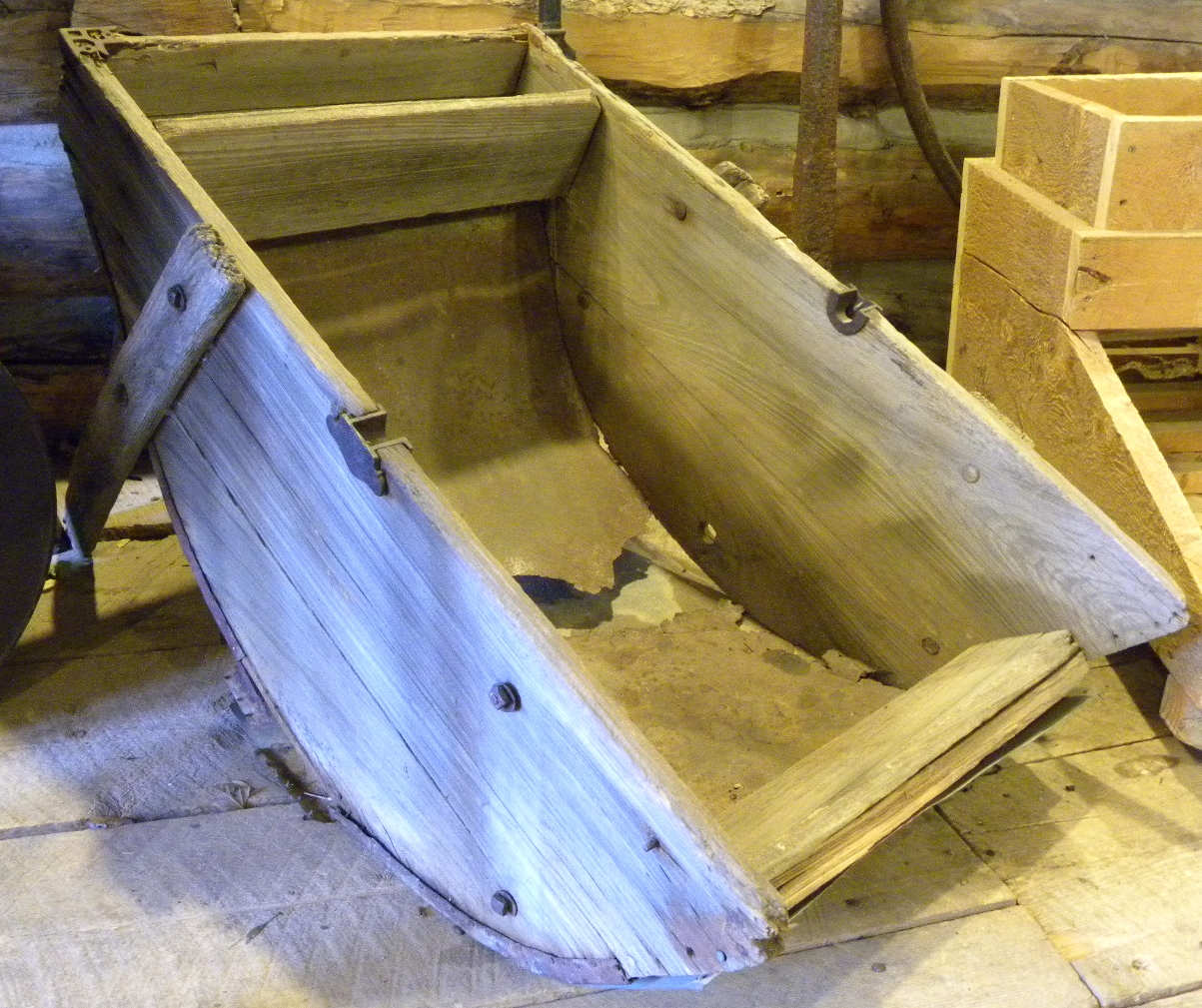 Frisco's original paddy wagon. Law breakers were locked onto the metal frame of this contraption and wheeled to the jail. 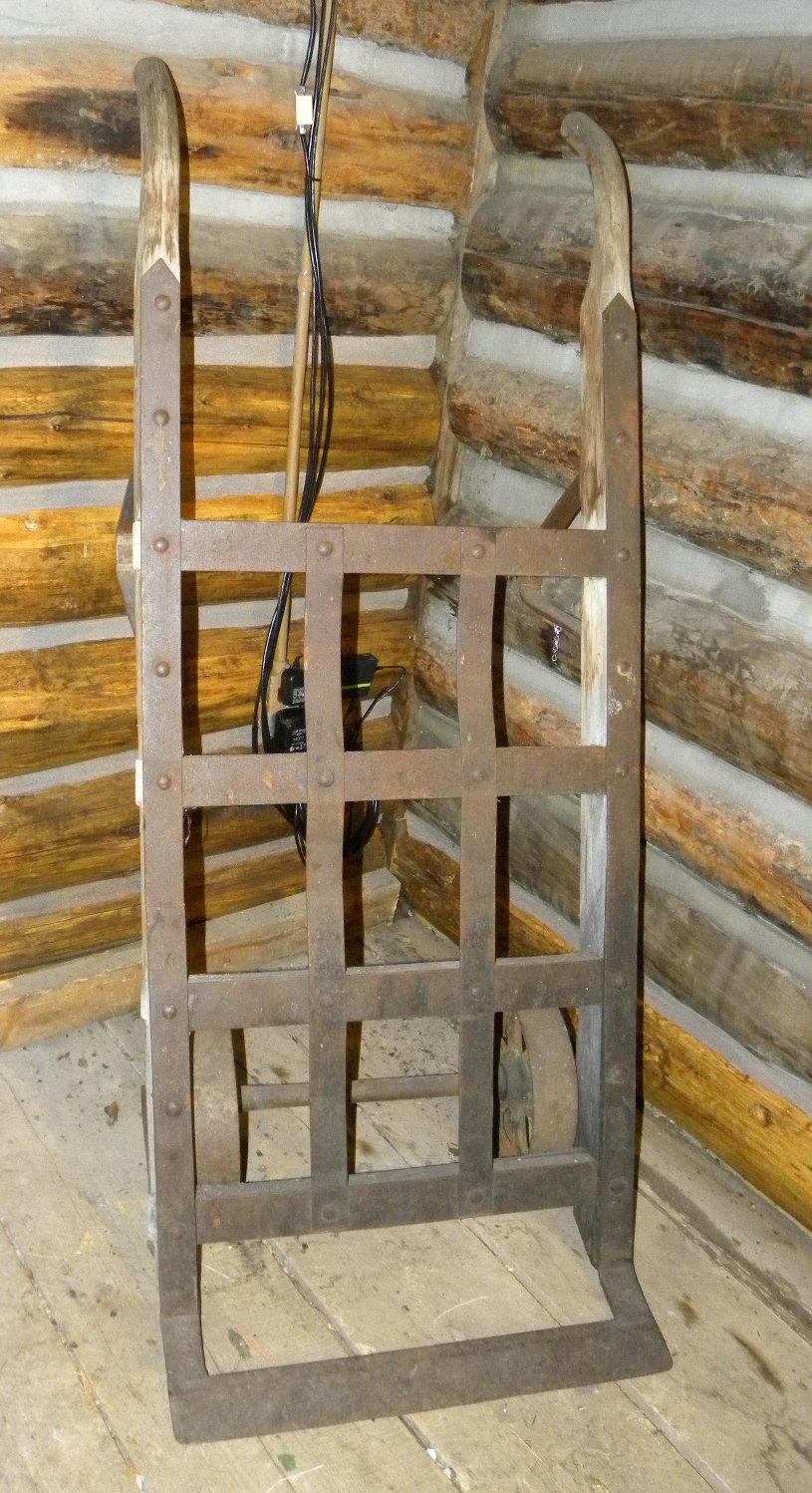 The Jail at its current location. Circa 2020 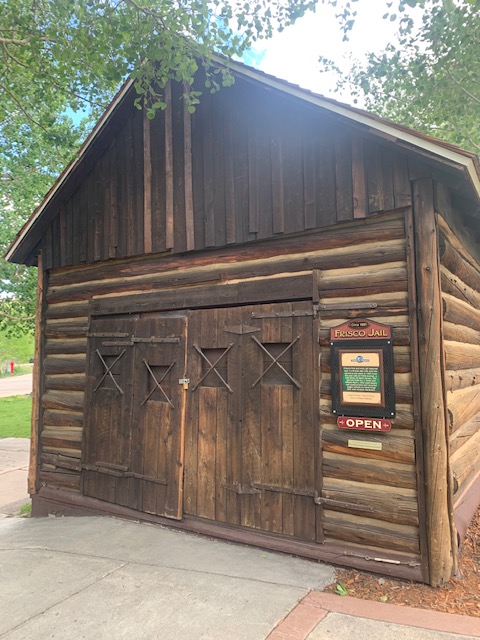 Every frontier town needed to maintain at least a semblance of order. Rough and tumble miners subsisted off small quantities of gold or other precious materials. The conditions of hard work and tough living were often treated with liberal amounts of alcohol and gambling from the local saloon. Early mining camps were places of distrust and were often overtaken by bouts of violence. Some camps and small towns relied almost entirely on vigilante action, and condoned mob violence as part of frontier justice.

In October, 1881, Frisco held the title of a town that you could get away with murder. After a night at the saloon, James McWalters got into a gambling dispute with two workers of the Denver Rio Grande Railroad. The dispute led to the stabbing of McWalters, and his assailants escaped the town without capture.

Frisco acted quickly to implement a more traditional justice system, operating from the rule of law and administering a local judge. In 1881, the town board initiated the construction of a calaboose, or jail, to complement its existing saloons. Since only 250 residents occupied the town in 1882, four jails cells seemed sufficient to punish criminals or house the routinely drunk. The jail was built by J. Scott and William Myers, who used square nail construction and recycled wagon wheels to hand forge door and window hardware. During its 20-year tenure, this diminutive penitentiary hosted a long list of lawbreakers from thieves to murder suspects. The last inmate spent a night sleeping off drunkenness in 1902.

After being relocated to the Frisco Historic Park & Museum in 1983, the jail presents a rustic backdrop for many mining implements and tools such as gold pans, jacking drills, and rocker boxes. Also inside are a collection of rocks and minerals representative of various mining districts spread across the Colorado mineral belt. A facsimile assay shop reveals how ore was appraised and how precious minerals were extracted from these ores.