Fort Owen State Park is a significant historical site in Montana. It was here that the state's first permanent white settlement, called St. Mary's Mission, was established in 1841 by a group of Catholic (Jesuit) missionaries led by Father Pierre DeSmet. They built the first the first Catholic church in Montana and the first sawmill, grist mill, and public school; they also brought in the state's first cattle herd. The park is named after a trader named John Owen, who bought the property in 1850 after the Jesuits decided to relocate. In 1866, the Jesuits revived the mission, but this time at a location about mile to the south, which is another historic site and a separate Clio entry named St. Mary's Mission. The fort operated as trading post for settlers, Indians, and others in the area. Today the site features interpretive signs, a partially reconstructed barracks building, a reconstructed cabin from the 1850s, and short brick walls showing the partial outline of the fort. Inside the barracks are period furnishings and artifacts on display. The fort is listed on the National Register of Historic Places.

Fort Owen was established in 1850 on a site that was the location of the first Catholic mission and the first permanent white settlement in Montana. 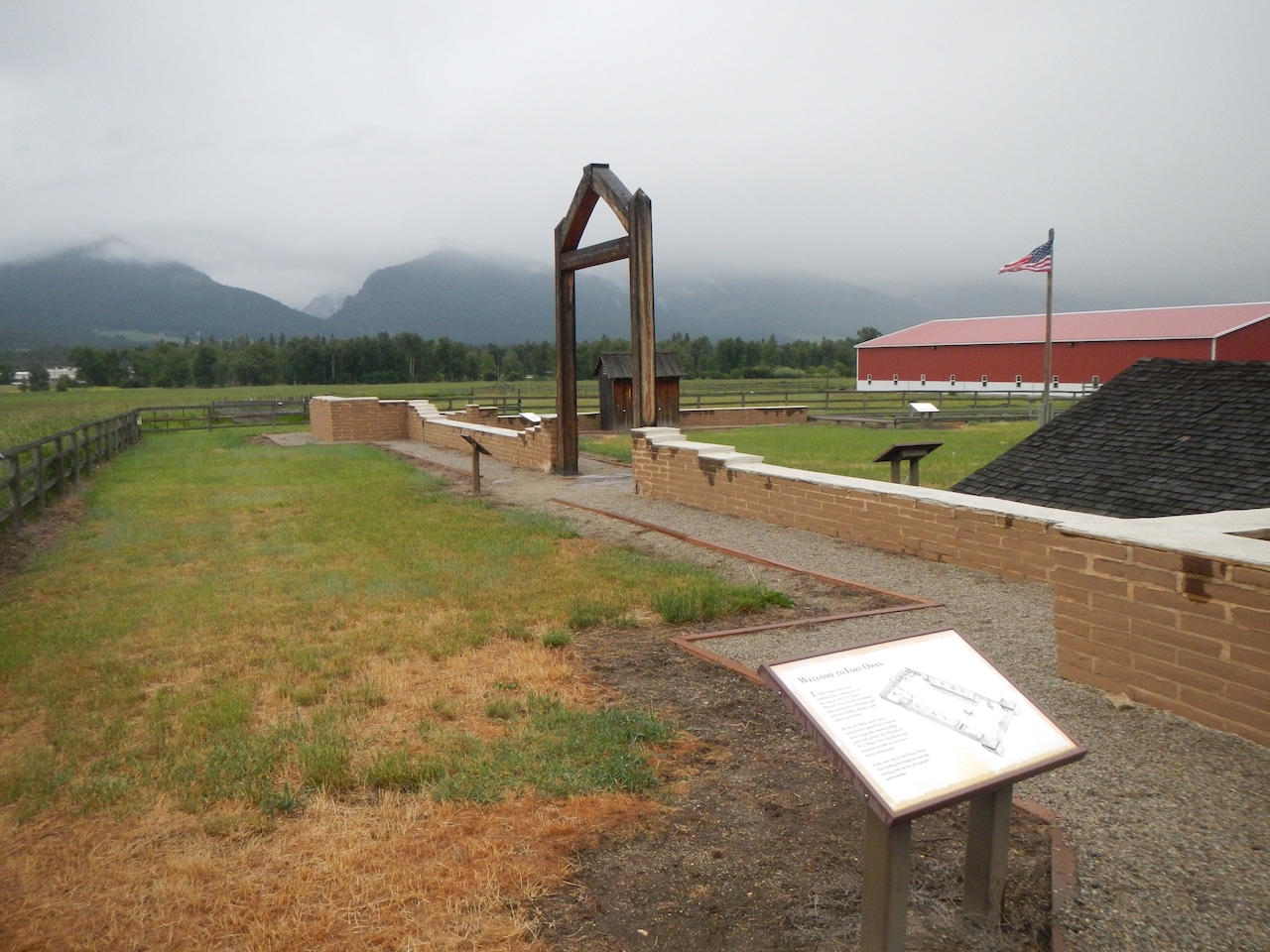 The reconstructed barracks is the only building remaining from the fort. 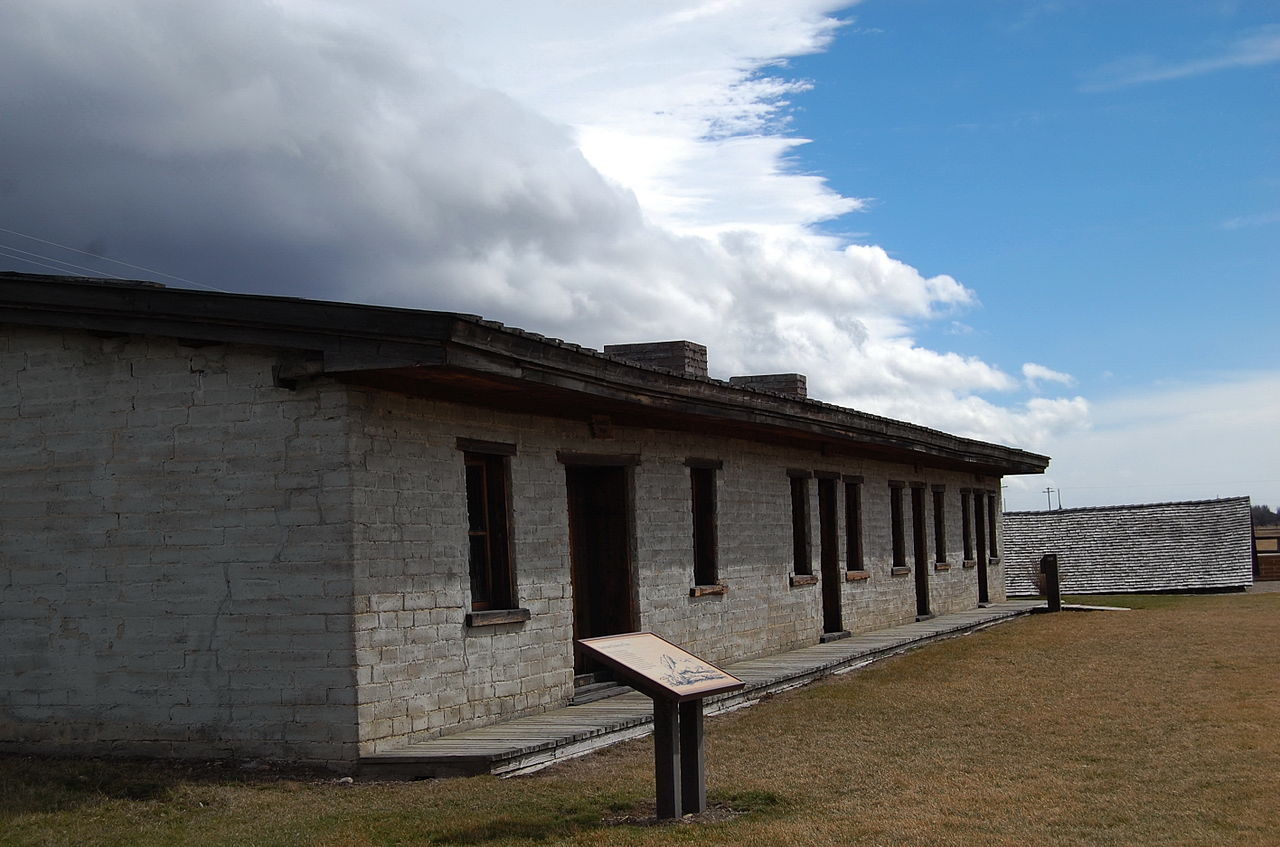 Father DeSmet and his fellow Jesuit missionaries came to Montana at the invitation of the Salish Indians. They had heard of the men in "Black robes" from Iroquois Indians who had assimilated into the tribe beginning in 1823. DeSmet and the others (Fathers Nicholas Point, Gregory Mengarini, and three lay brothers) arrived on September 24, 1841, bringing supplies on a wagon and carts, which were the first in Montana. In the coming months, they built several structures including the trading post and a chapel. In 1842, they replaced the chapel with a larger one to accommodate the increasing number of Indians who visited the mission.

That year Father DeSmet also traveled to Europe seeking new missionaries and funding for new missions. One of the priests he recruited was Father Anthony Ravalli, S.J. (the county is named after him), who made the long journey to the mission in 1845. In addition to being a priest, Ravalli was also a sculptor, architect, artist, physician, surgeon, and a pharmacist. He operated the first pharmacy in Montana, dispensing medicine to both Indians and whites. He also constructed the state's first saw and grist mills. The missionaries and brothers taught the Indians about agriculture and how to raise livestock animals, and held classes in the Salish language in writing, math, reading. In 1846, the mission appears to have produced thousands of bushels of wheat, potatoes and other vegetables. There were also 40 animals including horses and cattle.

The mission was closed in 1850 as a result of conflict with the Blackfoot Indians, who were traditional enemies of the Salish. John Owen established the site as an important trading center. He built a large fort, continued to farm, and enlarged the mills. Many visited the fort including Indians, fur trappers, missionaries, and settlers. Owen, who was married to a Shoshone wife, also served as an Indian agent to the Flathead Nation between 1856 to 1862. The fort began to decline in the mid-1860s after a new road bypassed it. After his wife died in 1868, Owen's mental health began to worsen. Eventually, the fort was sold in 1872 to a man named Washington J. McCormick, who owned it until 1889. In 1937, the State of Montana acquired the site and the barracks were partially reconstructed. The University of Montana conducted archaeological excavations from 1957 to 1980, which revealed the forts walls and foundations. It appears that the site has been open to visitors since the early 1970s.