Known today as Stone Mansion, this estate was built around 1780 by Walter Brooke, a cousin of George Mason. Brooke was a Commodore in the Virginia Naval Forces during the Revolutionary War and a friend of George Washington. The estate was originally known as Retirement and the property passed among Brooke's relatives for nearly a century and a half before it was sold to Marine Lieutenant Colonel Elias R. Beadle, a recipient of the Navy Cross and the first commander of the Parris Island recruit depot. The mansion was then purchased by Senator Robert M. La Follette, Jr., of Wisconsin, in 1931. La Follette never actually lived in the home, and it was sold to Benjamin Cohen in 1938. Cohen practically rebuilt it in the early 1940s. The home, now surrounded by the Stoneybrooke subdivision, is currently owned by the Fairfax County Park Authority and used as a banquet and wedding venue. 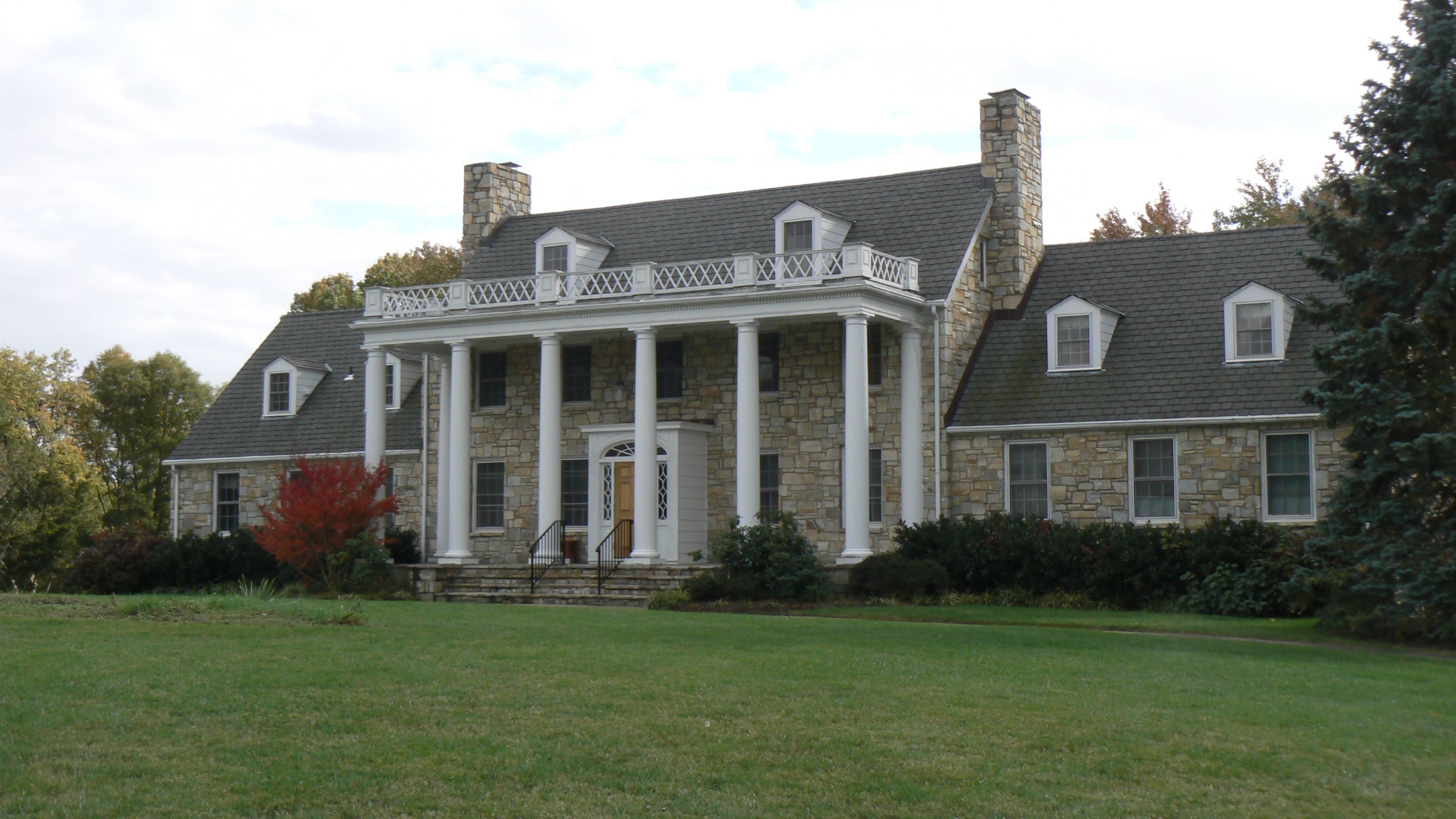 Retirement before Benjamin Cohen's renovations in the early to mid 1940s 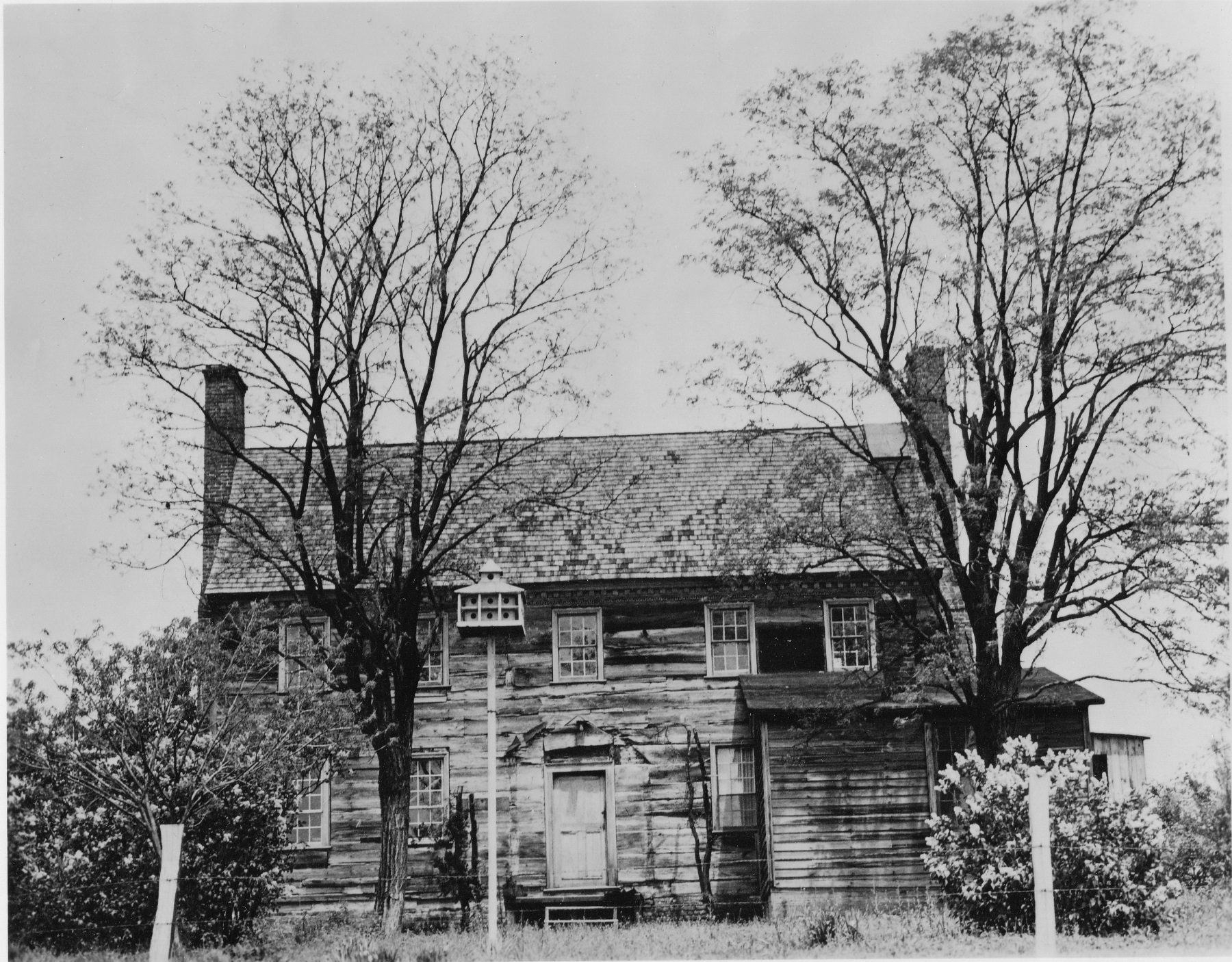 Walter Brooke was born to Thomas and Sarah (Taliaferro) Brooke in 1740. Legend has it that Brooke joined the British navy as a cabin boy at age eight, eventually rising to the rank of midshipman. He left the navy and became master of the “Martha”, a merchant ship based in Belle Haven (now Alexandria), Virginia. In 1772, he purchased and shipped an order from London for George Washington, which resulted in a lifelong friendship and many visits to Mount Vernon.

Brooke joined the Virginia Naval Forces in 1775 and was commissioned as Captain of the sloop “Independence”, later known as the “Liberty”, which was ordered by Governor Patrick Henry to protect Virginia’s eastern shore. Brooke was selected to be one of three Commodores in the Virginia Navy in 1777 and, later that year, was appointed Commander-in-Chief. However, a severe case of gout forced him to retire in 1778. Brooke settled on an estate near Mount Vernon, supposedly upon the recommendation of George Washington. He built his mansion and christened his 400-acre plantation “Retirement”.

Tragedy struck in 1778, when Brooke’s five-year-old son, Robert Taliaferro Brooke, died. According to legend, Washington, via Lafayette, ordered an ornate headstone from Paris to mark the young Brooke’s grave, which was located on the Retirement estate. The grave and headstone were moved a century later to the Zion Episcopal Church cemetery in Charles Town, West Virginia, where they rest today.

Brooke died in 1798 and was buried in an unmarked grave on the property that has yet to be located. The estate was passed among his relatives, including members of the Brooke, Rooker, Collard, and Kerby families, before it was sold to Lieutenant Colonel Elias R. Beadle, of the US Marine Corps. Beadle was the first commander of the Parris Island recruit depot and was known as the Marine Corps’ top recruit trainer. He also received the Navy Cross and was stationed at the Headquarters Marine Corps.

In 1931, the house was purchased by Wisconsin Senator Robert M. La Follette, Jr. La Follette had been elected in 1925 to replace his father, who had died while in office. The younger La Follette served until 1947. However, he and his family never actually lived in the home, which was maintained by tenants and caretakers.

Retirement was purchased by Alexandria jeweler Benjamin Cohen in 1938. He intended to tear down the house, which was described as “badly run down” and “a large shack” at the time.[9] (It had also suffered a damaging roof fire that same year.) However, he could not receive permission to do so due to material shortages occurring as a result of the Second World War. Cohen was instead allowed to “restore” the property. For all intents and purposes, he rebuilt it: the floor plan was completely revamped, a two-story colonnaded porch was added to the front, wings were built onto each side, and the entire structure was wrapped in a stone façade. He even changed the name, to “Benmae Farm”. The only visible remnant of the original are the basement walls and cooking ovens.

The estate was purchased as part of the site for the 250-home Stoneybrooke subdivision, which was built between 1969 and 1970. The house and a surrounding 14-acre lot were donated to the Fairfax County Park Authority, which now uses the land as a park and the home, renamed Stone Mansion, as a banquet and wedding venue.

Courtesy of Charlotte Brown and the Groveton Civic Association (http://www.grovetonva.org/Images-of-Groveton.php)

Courtesy of Charlotte Brown and the Groveton Civic Association (http://www.grovetonva.org/landowners-landmarks.php)

Open for rentals and by appointment