Behind the Bloxom Station is a double-walled, 10,000-gallon, circa 1950s tank car made for the US Amy by the General American Transportation Corporation (now GATX) in Chicago, Illinois. When it operated on the Eastern Shore Railroad (ESHR), predecessor of the Bay Coast Railroad (BCR), it was painted black, like most US tank cars, and numbered #9487. 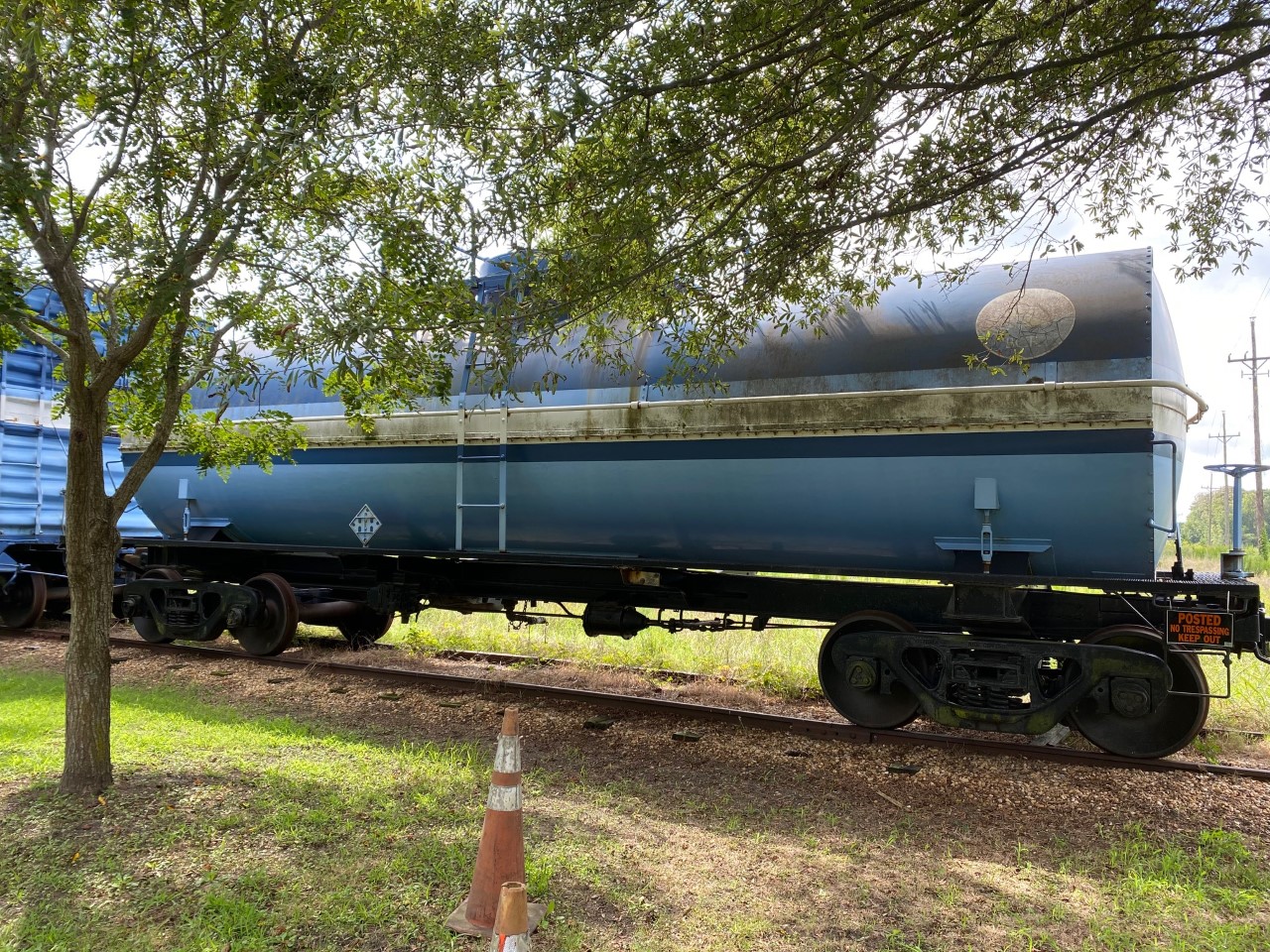 Tank cars were invented in the 1860s to carry crude oil from Pennsylvania’s oil fields to refineries. The earliest tank cars were simply large wooden vats mounted on flat cars. During the late nineteenth century, larger tanks made of wrought iron, and later steel, were mounted horizontally on a rail car frame. They were filled through an inlet at the top of the tank and drained through an outlet at the tank’s bottom.

In the twentieth century, specialized tank cars were developed to carry other types of liquid commodities. By the middle of the century, many tank cars had manholes and catwalks on top, allowing access to the interior for cleaning and repairs.

During World War II (US 1941-1945) and the Korean War (1950-1953), the US Army purchased many tank cars which they used for transporting fuel. Today’s tank cars may also be insulated or incorporate heating or refrigeration systems. Such specialized cars are now often owned by the companies served by railroads, rather than railroads themselves.

The Eastern Shore Railroad (ESHR) used this older tank car as convenient storage in their rail yard for the fuel needed for the tug boats that conducted their barge across the bay.