The Kibbee Farmstead is a two-story, cross-gable Dutch colonial house with gambrel gables on the east and west sides. The house is named for Walter and Fannie Kibbee, who built the house after buying the property in 1908. The farm outbuildings in the rear and side yard are contributing elements to the property's listing in the National Register; the latest building is a garage probably added in the 1920s. The farm used to encompass 15 acres and was situated outside of the limits of Lawrence until annexed by the city in 1959. The property was farmed into the 1970s when it was subdivided; the lot is now slightly over 5 acres. 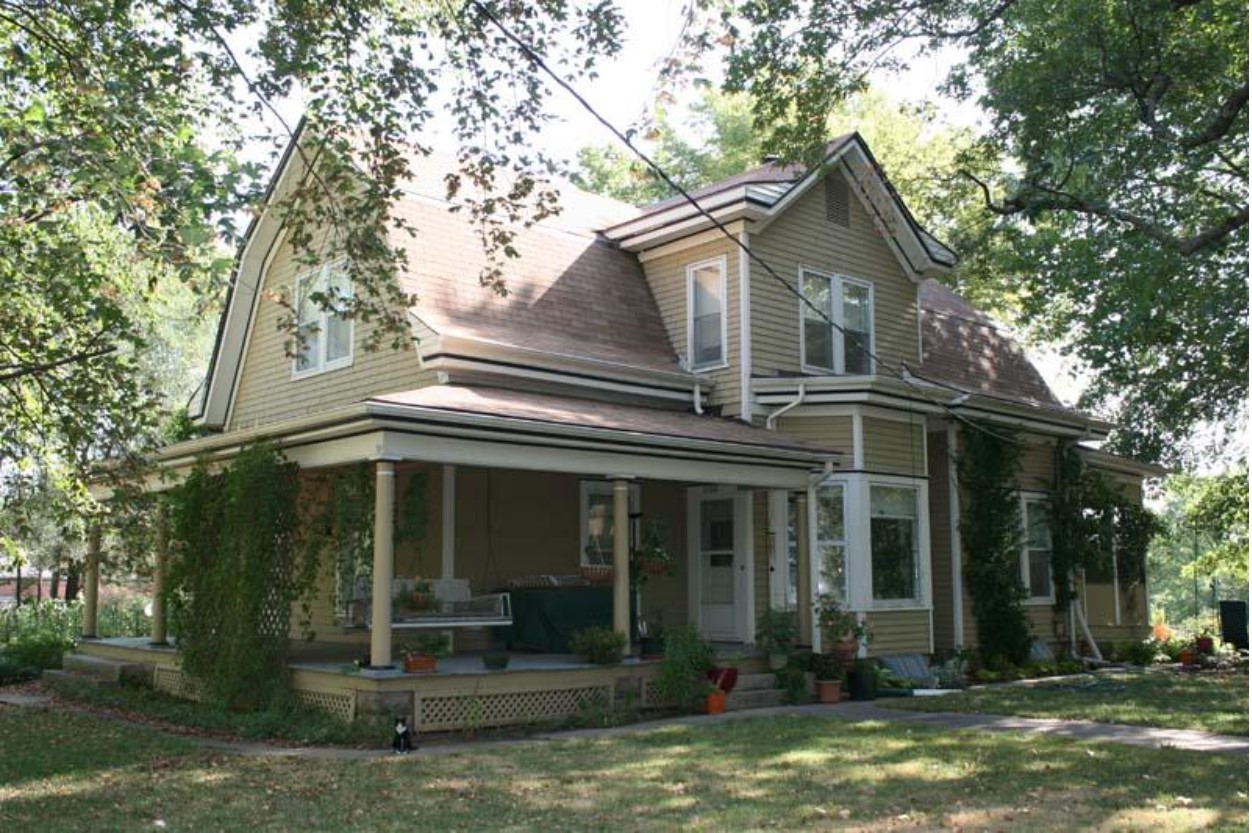 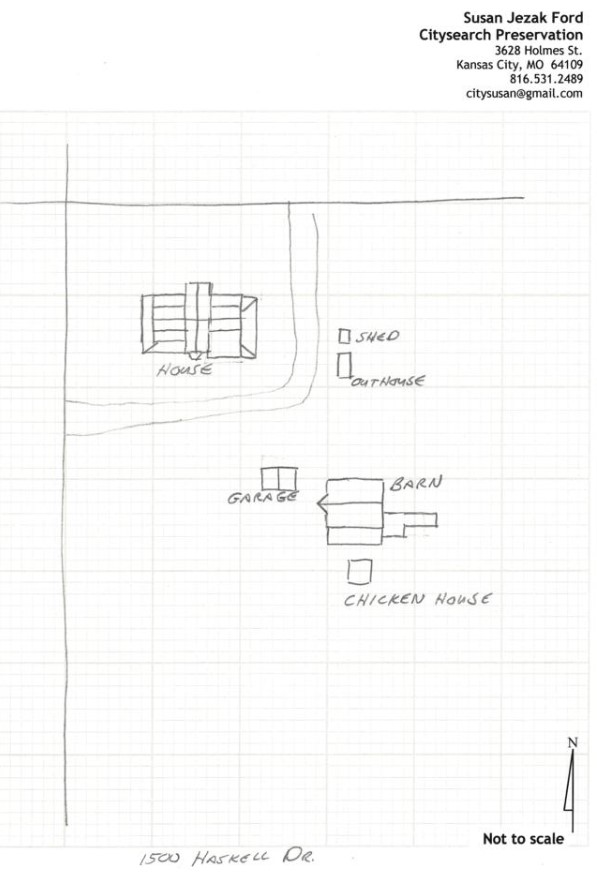 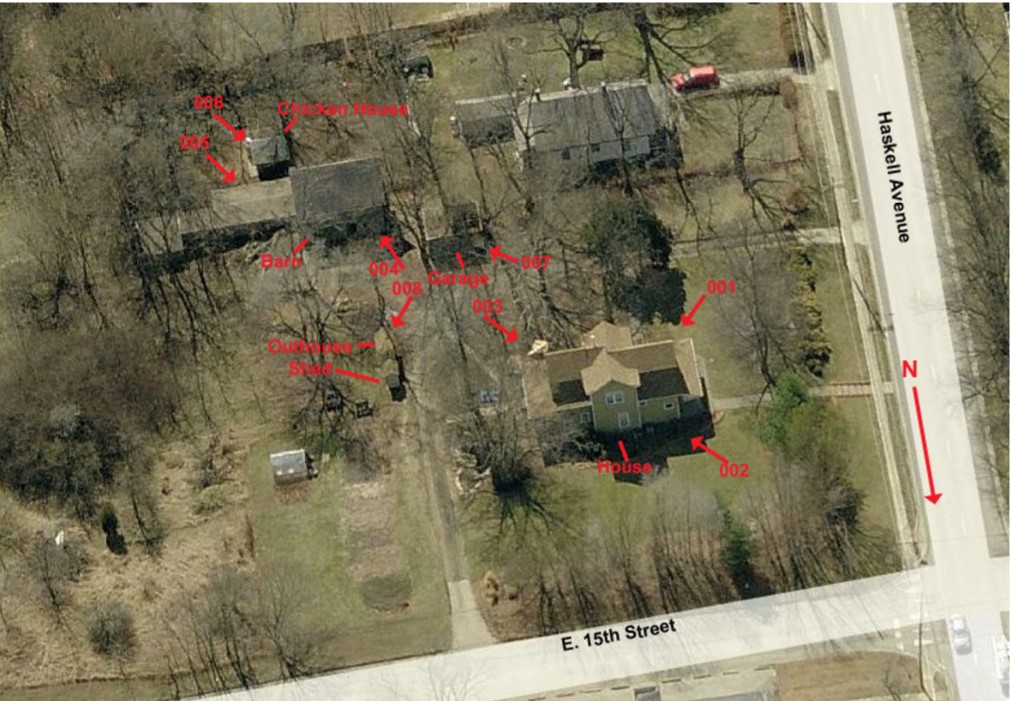 The Kibbee farmstead is a wood frame single family dwelling that sits on a concrete foundation. The house has wood clapboards on the first story and wood shingles on the upper story. The east front porch wraps around the south side; the rear porch is enclosed. The house's interior has been modified very little since it was built 1908 to 1909 and retains its pine floors, wood trim, and stairways. The first floor contains formal and family parlors, a kitchen and dining room. Upstairs are four bedrooms and a modern bathroom.

The property contains a number of farm outbuildings: a barn, outhouse, shed, chicken house, and garage. A gravel drive leads from both adjoining streets - Haskell Avenue and East 15th Street - past the outbuildings. The wood frame, two-story side-gabled barn was built about 1910 and is covered in drop lap siding. The outhouse also dates to around 1910 and retains its original "two-seater" design. The chicken house is wood frame with a shed roof and vertical tongue-and-groove siding. The two-bay garage was partially in ruins in 2012, with no roof remaining on the wooden bay; the other bay was poured concrete.

Walter and Fannie Kibbee bought the property in 1908 from an elderly woman named Mary Coffin. Mrs. Coffin hadn't been living at the farmstead before the sale. The Coffin family had purchased the land in 1871 and local tax records did not show evidence of improvements being added. Walter and Fannie Kibbee were natives of Massachusetts and Missouri, respectively. The couple resided in Iowa in 1900. The couple had been married 35 years by 1910 and their two children were deceased. In the 1915 census, the Kibbee farm raised cattle, milk cows, poultry and swine; three acres were planted in alfalfa and a horse and two dogs also lived on the farm. The Kibbees sold the farm in 1919 to C.D. Stewart and retired to San Diego, California.

Stewart sold the property in 1920, and Conrad and Bertha Altenbernd bought the farm in 1924; they may have built the garage. The Altenbernds lived on the Kibbee Farm until their deaths in the 1940s and 1950s. The property was then in the possession of their daughter, Lena Altenbernd, until her death at age 63 in 1972. The new owners in 1972, Gary and Susan Wamsley, sold off portions of the farm, including a lot to the International Order of Odd Fellows. The remaining five acres of the Kibbee Farmstead was purchased by David Frayer in 1989, who still owned the property in 2012.

The Kibbee Farmstead was listed in the Kansas and National Registers in 2013. The property is significant for the time period when the buildings were likely constructed, 1909 to 1926. The other area of significance is its association with local agricultural history. The listing is part of a Multiple Property Submission entitled Historic Agricultural-Related Resources of Kansas, as an example of a Farmstead property type. The farm was unusual for the region since it remained a small-scale subsistence farm while many other farms were transitioning to cash-crop large operations. Being on the edge of town facilitated the Kibbee marketing their farm products to the town's consumers.