This building, now repurposed as a private residence, was originally constructed in 1938 to serve as the farm store for the Van Hoosen Farm, a well-known dairy operation run by master farmer Dr. Sarah Van Hoosen Jones. The building served as a farm store until 1952, when Jones retired from farming. The store's name references the farm's Black-and-white Holstein cattle. The building is part of the Stony Creek Historic District, which was listed on the National Register of Historic Places in 1972. 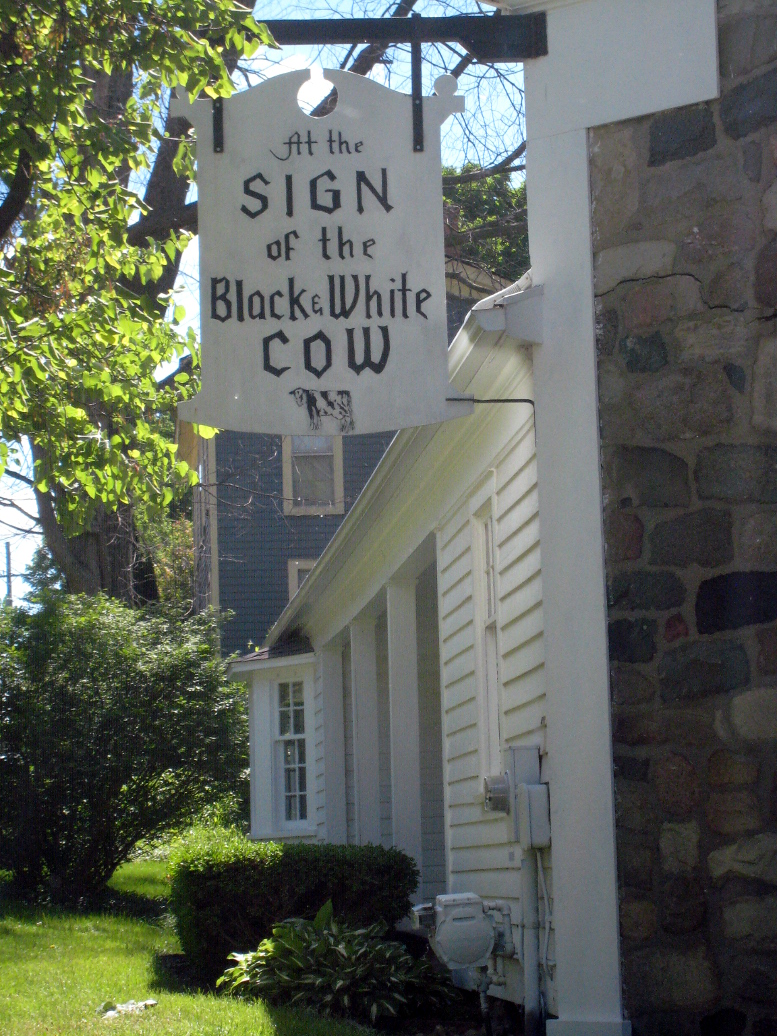 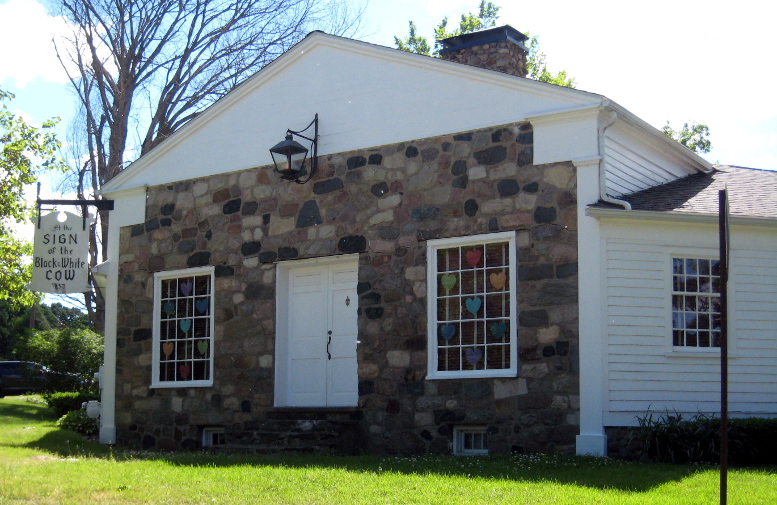 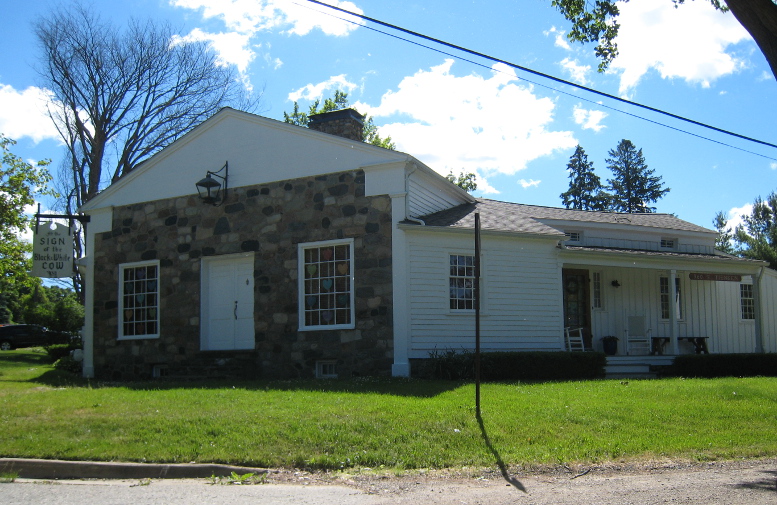 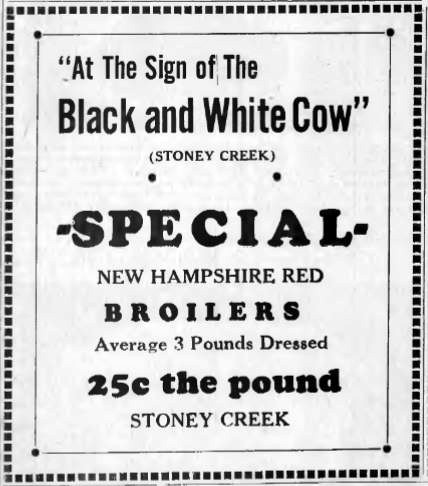 Dr. Sarah Van Hoosen Jones, a master farmer and the first woman in the nation to earn a doctorate in animal genetics, operated the Van Hoosen dairy farm in the village of Stony Creek. She was the fifth generation of the Taylor-Van Hoosen-Jones family to run the farm, which won numerous awards under Dr. Jones' stewardship. In 1938, she opened this farm store to sell eggs, milk, and other products of the Van Hoosen farm, as well as kitchen products from her neighbors in Stony Creek. She named the store "At the Sign of the Black & White Cow" in reference to Van Hoosen farm's prized Holstein herd.

The building was constructed using locally harvested stone and salvaged materials. It was meant to be used as a combination farm office, retail store, and tenant residence. The Rochester Era reported on the store's grand opening in June 1938, saying: "Upwards of 500 people registered at the opening of Miss Sarah Van Hoosen Jones' new venture, 'Sign of the Black and White Cow,' at Stoney Creek last Saturday and Sunday." The retail store operated for fourteen years, until Sarah Van Hoosen Jones' retirement from farming in 1952. The building is now a private residence.

At the Sign of the Black & White Cow, the Van Hoosen farmhouse and associated buildings, and several other buildings in the Stony Creek village were listed as a district on the National Register of Historic Places in 1972.