In 2006, construction workers conducting excavations in this former peat bog along Adams Road discovered a partial skeleton of a mastodon. The remains were removed to the Cranbrook Institute of Science for study and analysis, but the site where the skeleton was unearthed was marked with an interpretive sign. The mastodon found at this site was the most complete example discovered to date in Oakland County. 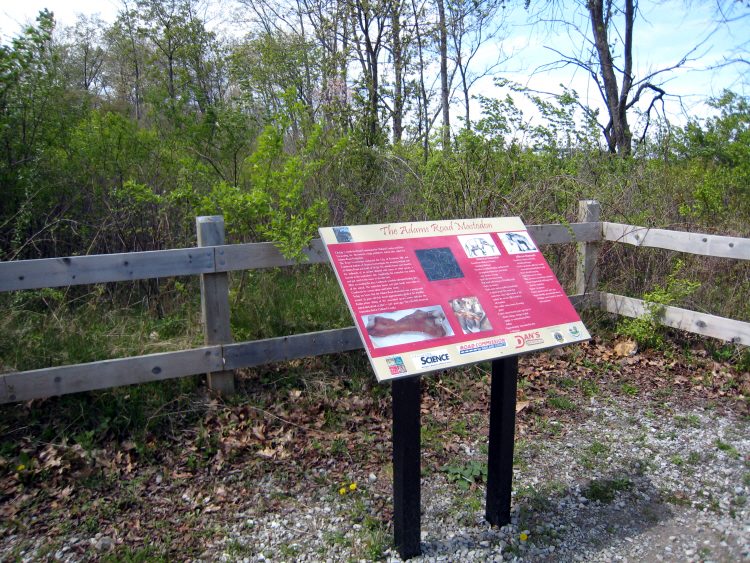 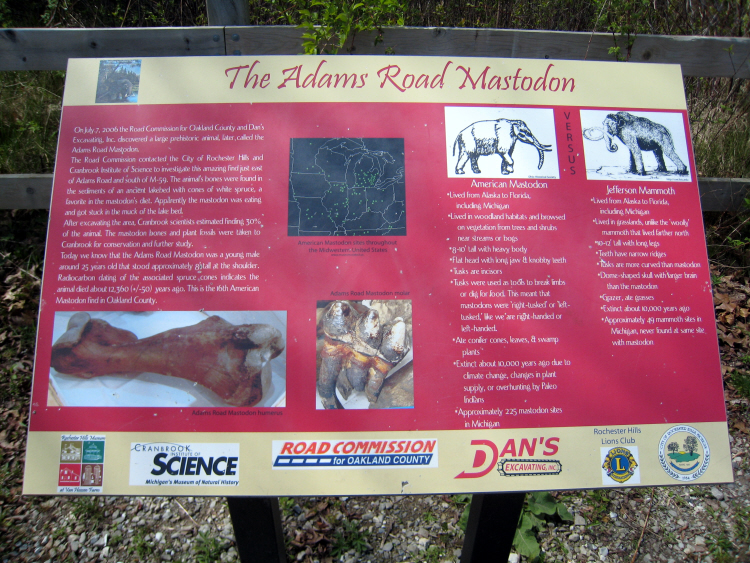 In 2006, while crews working for the Road Commission of Oakland County were doing excavation at this location for an extension of Adams Road, remains of a mastodon were discovered. The discovery included a partial tusk, several limb bones, a tooth, portions of the shoulder blade, skull fragments and many ribs and vertebrae. According to the Cranbrook Institute of Science, whose experts examined the skeleton, the Adams Mastodon was a mature specimen that had likely died between 10,000 and 13,000 years ago. Based on the recovered bones, the mastodon is thought to have stood approximately nine feet tall and weighed as much as 12,000 pounds.

The skeleton was approximately 40 percent complete, making it the most complete mastodon find in Oakland County. Although the most celebrated mastodon find in the former Avon Township (now Rochester Hills), the Adams Mastodon was not the only find. An earlier mastodon discovery had been made in June 1947 in a peat bog on Auburn Road near Dequindre, but that find yielded only a few long bones and teeth and was not nearly as intact as the Adams Mastodon.

"No bones about it - It's a mastodon - Cranbrook scientists confirm that remains found at Adams Road work site are from prehistoric mammal," Detroit News, July 11, 2006.