The Queen Anne Library is filled by roughly 6,000 books at any given time. Despite its smaller size, the recently renovated branch offers myriad activities for both the young and old to enjoy its spacious 7,931 square feet. Located at 400 W Garfield St, the library resides a few blocks away from the ‘Ave’ which tends to be the “hub” of Queen Ann. Regardless, the historic building with its tall ceilings and large leaded glass windows pronounce the branch’s presence from any pedestrian angle. The branch is also equipped with 20 public computers, fitted with internet access and Microsoft Word, Excel, and PowerPoint for anyone to use. Free Wi-fi is also provided at this library branch (spl 1)

Outside the Queen Anne Public Library 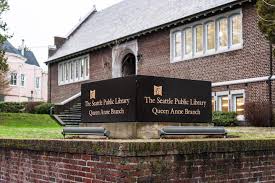 The Library was renovated in 2007 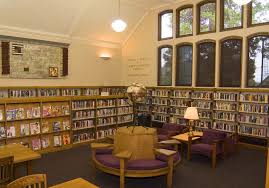 In 1911, The City of Seattle received  $70,000 from Andrew Carnegie (1835-1919)  to build  the Queen Anne Public Library. located at 4th Avenue W and W Garfield, the branch was the fourth installment of the Seattle Public Libraries. After a tumultuous beginning due to different Queen Anne Committees debating about which site to build the branch on, the library was finally built in 1913 and officially opened in 1914. As time went on, the branch has served the neighborhood and community through wars, strikes, and local hard times, utilizing its space for whatever was needed the most. In 2007, using money from the “Libraries For All” fund, the branch was renovated and has remained the same since.