Jeff and Pam Pepple are the owners of this state-designated Sesquicentennial Farm that has been in Pam's family since 1848 when it was purchased by her great-great-grandfather, Anthony Glick. The main barn likely dates to the 1850s or '60s and is primarily hand-hewn with circular-sawn scantlings (small braces). It is particularly well-built, with double bracing and decorative posts. At one time, another barn was moved from across the road (family legend claims with just one horse!) and added to the rear. (c. 1850s-'60s). 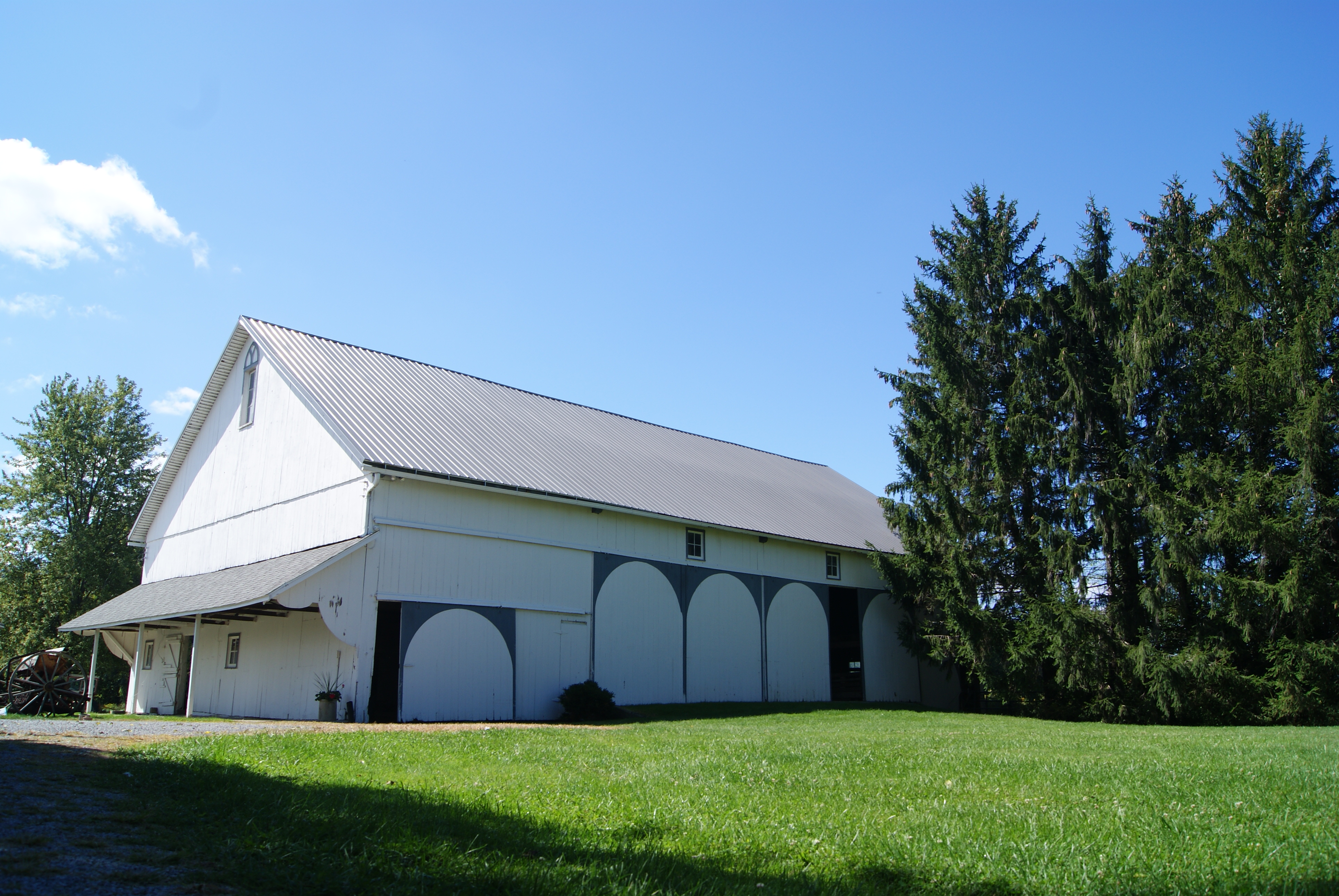 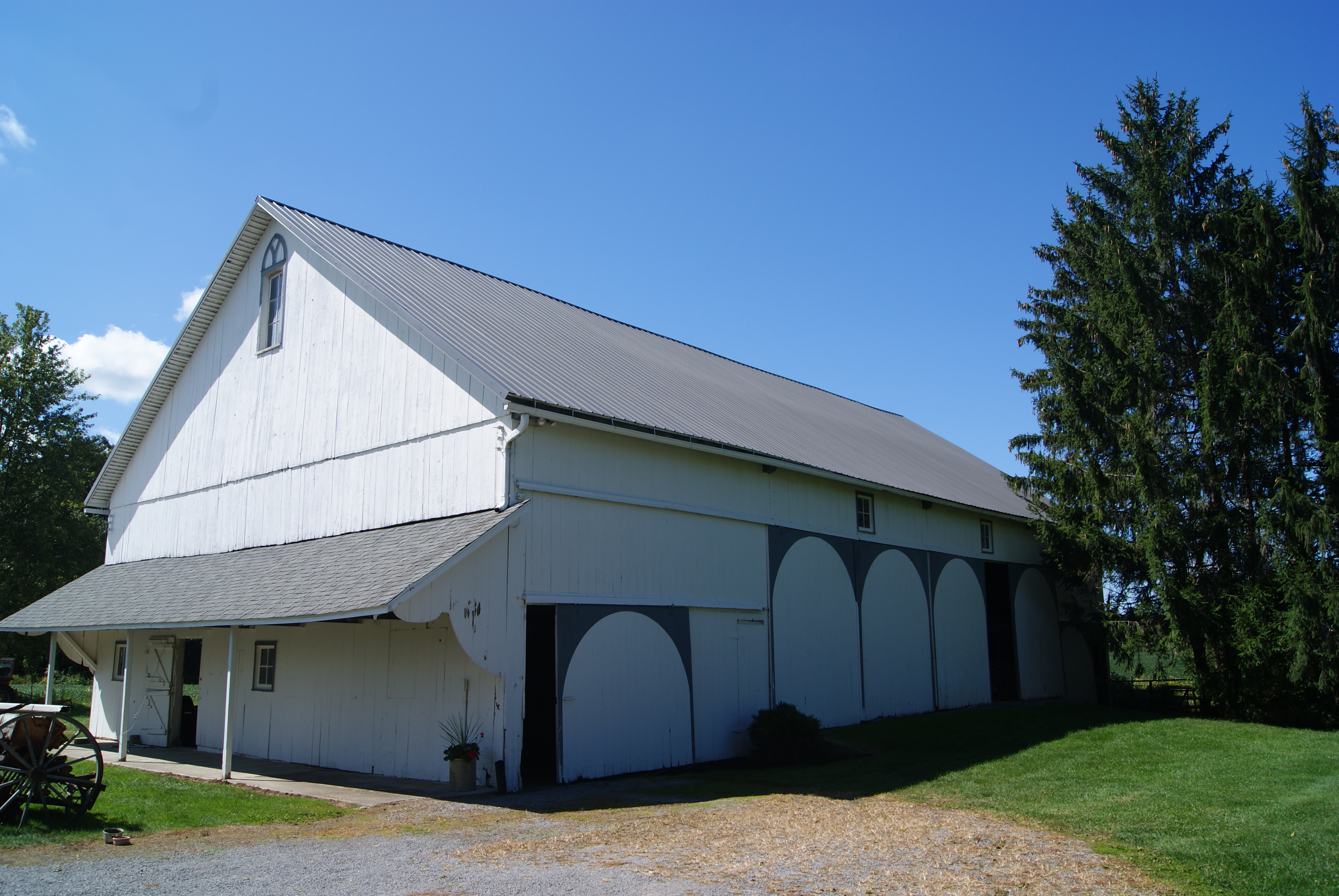 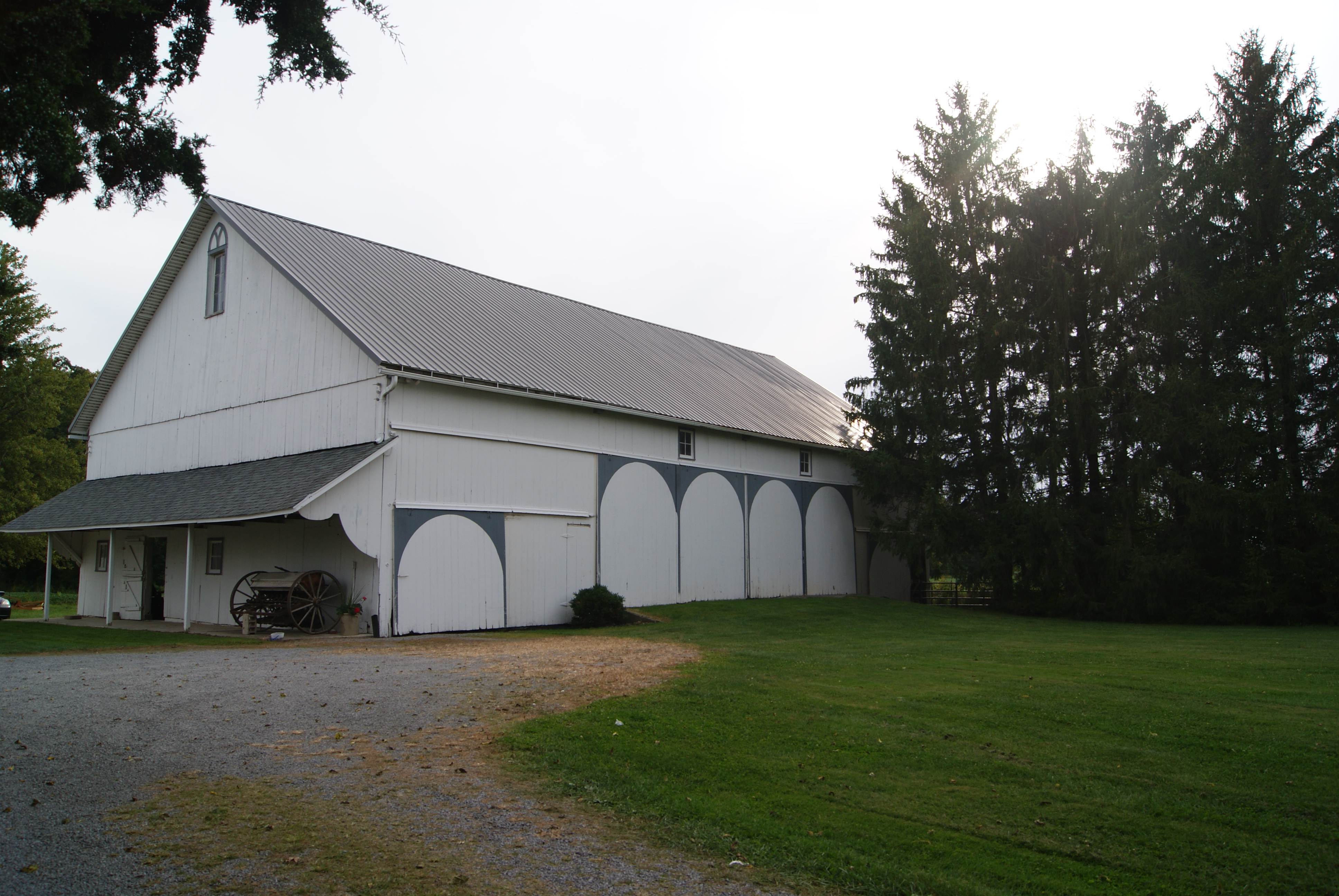 J eff and Pam Pepple are the owners of this state-designated Sesquicentennial Farm,

meaning it has been in continuous operation by the same family for at least 150 years. It was originally purchased in 1848 by Pam’s great-great-grandfather, Anthony Glick. The main barn likely dates to the 1850s or 1860s and is primarily hand-hewn with circular- sawn scantlings (small braces). It is particularly well-built, indicated by several examples of double bracing, like the double headers above the doors, and intricate joinery, like the half-lapped scarf joint.

Of particular note is the decorative “brag post” in the center of the barn that was more elaborately carved with chamfered edges. This ground barn was designed with a double-drive bay, so that a team of horses could pull a wagon inside one set of doors and turn around this center post exiting out the other doors without the farmer having to back them up. While this center post served some purpose, it was made decorative simply as a way for the barn builder to “brag” about his talents and for the farmer to show some of his wealth. These decorative posts are fairly uncommon across the state, however several of them have been noted in this specific area of Hancock County, suggesting the same skilled craftsman may have built many of the barns in the region.

This barn was designed primarily for hay storage, with canted queen posts. The metal hay track and original wood shake shingles are still visible from the interior of the barn. The presence of wooden shingles commonly suggests the barn was built prior to the 1880s, when slate shingles became far more prevalent in the state.

At one time (date unknown), another barn frame was moved from across the road and added to the rear. Family legend says that the barn was moved with just one horse! It is interesting to note that the rear addition appears to have been built from much “knottier” wood, evidenced by the many visible broad axe marks. This wood took craftsman more effort and more swings to hew.

The Pepple barn also displays a unique barn tradition on the exterior with its painted arches over the barn doors. This tradition seems to be of German origin and is often seen in primarily German settled parts of the Midwest, including western Ohio. The painted arches are sometimes referred to as “Devil doors”. It is a kind of hex sign that is said to ward off the Devil and evil spirits. The Devil is supposed to believe that the arch is part of the door, which is also outlined in paint. Thinking the door is larger than it really is, he bangs his head on the arch when he tries to enter!

Today, the Pepple family maintains this beautiful historic barn for storage and to house livestock.