This brick school house was built in 1926-27 to serve the Baldwin rural school district in Oakland Township's village of Goodison, replacing a small frame schoolhouse that had formerly stood on the site. The new school building was designed by noted Royal Oak architect Frederick D. Madison, who was known for his designs of school and government buildings. The building replaced an older structure that had served the district named for Benedict Baldwin, an early Goodison settler. The Baldwin district was consolidated with the Rochester school district in 1952. The Baldwin School continues to serve the Rochester Community Schools in 2020. 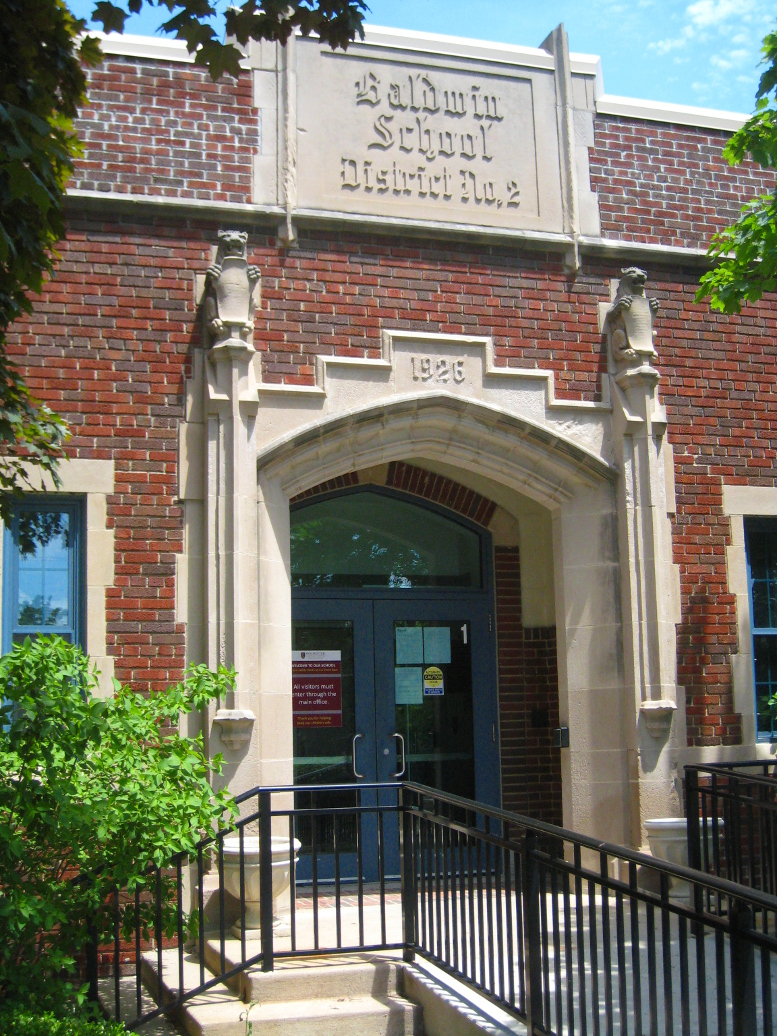 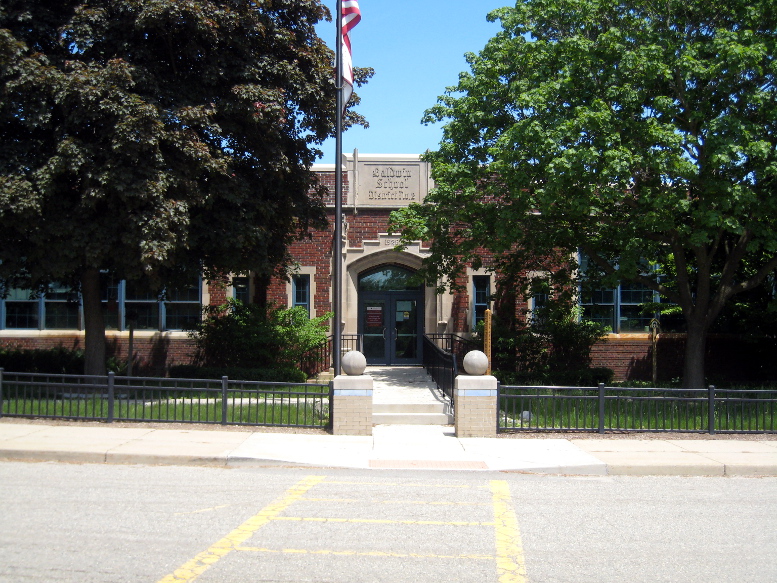 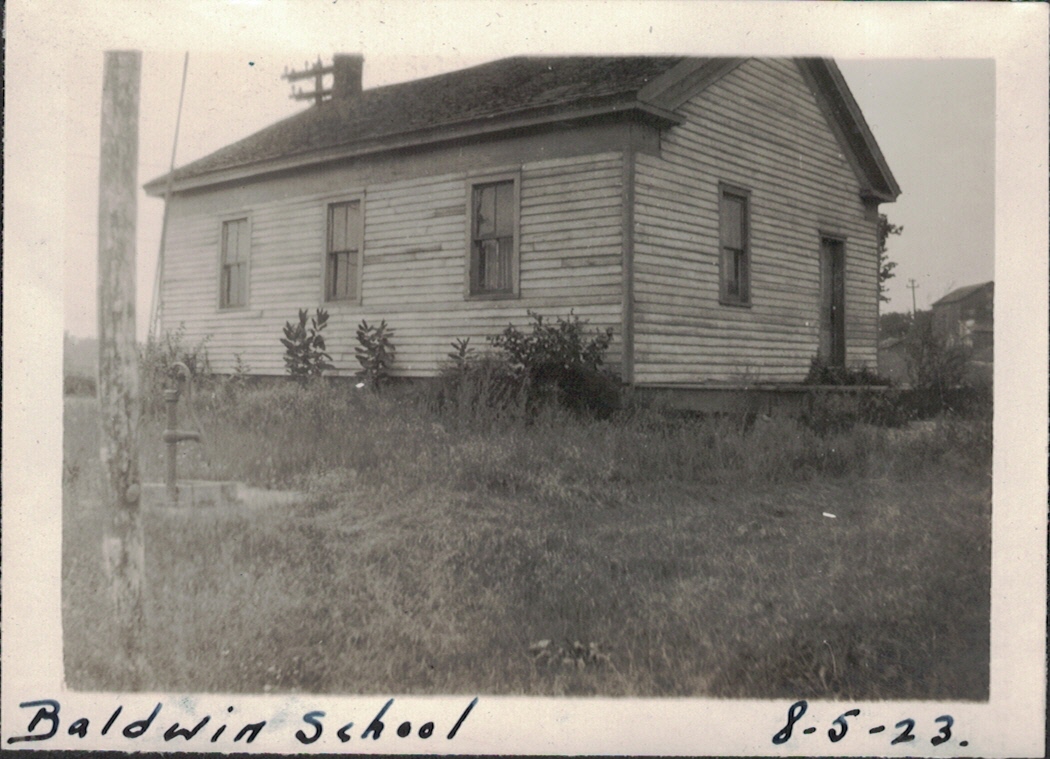 The Baldwin rural school district in Oakland Township's village of Goodison was named for Benedict Baldwin, a veteran of the War of 1812 and a pioneer settler of Oakland Township. Baldwin's obituary in the Pontiac Bill Poster of January 30, 1884 said this:

The subject of this notice was born in Brantford, Connecticut, ninety-seven years ago. When about nineteen years of age he located in Whitestown, New York. In 1812 he penetrated into the wilds of that State, and purchased a tract of land in Genesee county; about this time he was married. From this place he was twice called to defend Buffalo from the invasion of the National foe.

In 1826 he came to Michigan a located a farm in the town of Oakland, Oakland county. At this time the county contained but five towns, Avon, Addison, Oakland, Oxford and Pontiac. Pontiac extended north to Saginaw Bay, and west to the meridian line. On this farm the remainder of his days of active life were quietly and prosperously employed.

About thirty years ago his wife died, when he retired from his farm, and contentedly enjoyed the results of his industry. For several years his home has been with a son, at Fowlerville, where he died.

This school building was designed by Royal Oak architect Frederick D. Madison and was dedicated in April 1927. The Rochester Era reported as follows on April 22, 1927:

The new building was started in the fall of 1926 and was completed Feb. 21, 1927, and the next day was occupied by 30 pupils, under the direction of Miss Ruth Martin of Kingston, the teacher in charge. The building has two rooms and has capacity for 80 pupils. The structure is modern in every way, has oak floors and finish, steam heat and a univent system of ventilation in which the air changes in the room twelve times each hour.

The architect for the new school was Frederick D. Madison of Royal Oak.

Frederick Daniel Madison (1888-1969 began his professional architecture practice in 1916. He worked for the well-known architectural firms of John Scott & Co. and Louis Kamper before establishing his own practice in Royal Oak. During his active career, Madison designed many school and government buildings. Among his designs were the old Oakland County Jail, Genesee County Court House, Royal Oak High School, and Royal Oak's Baldwin Theatre.

The 1926 Baldwin School building was significantly expanded with modern wings in 1993. The building still serves the Rochester Community Schools district in 2020.