Listed on the National Register of Historic Places, the former City Hall building is significant for its architecture and its association with local government. It was built in 1907 and is an excellent example of Italian Renaissance architecture. Missoula architect A.J. Gibson designed it as well as a few other buildings in the area including the old County Courthouse and the Daly Mansion. The building features a red-brick exterior, a bell tower with semi-circular brick arches, a low-pitched hipped roof, and wide eaves. It originally housed the fire department, public library, and city offices but now only the fire department remains.

Hamilton City Hall was built in 1907. 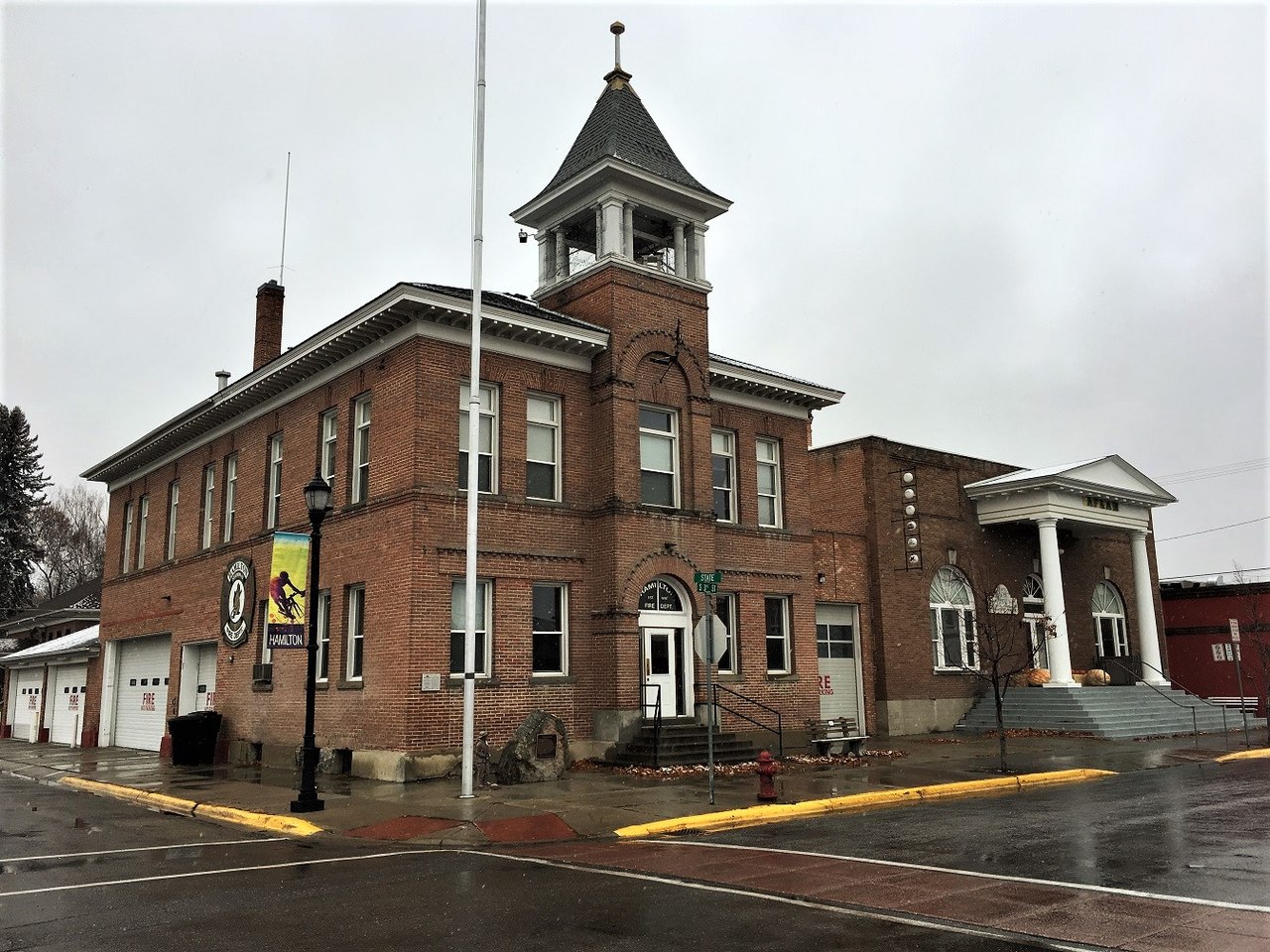 Construction of the building started in the fall of 1906 was completed in September 1907. It was originally called Hamilton Town Hall because the community was not yet large enough to be designated as a city. The building became Hamilton City Hall in 1910 when the population increased to over 2,000. As noted above, initially it housed city offices, the fire department, and the public library. Having multiple city services in one building was common for small tows at the time. However, not surprisingly library patrons often complained about the smell of horses. Eventually the library moved into a new building in 1914. The adjoining Masonic temple was built in 1915. City Hall was remodeled in 1940, which included adding the truck bay on the south side. The city finally moved out in 1990.