This farm has been in Leanne Bateson's family since her grandparents, Andy and Emeline Pifer, purchased it in 1930. The land was originally settled by Napoleon Martz in 1834. The barn was build by the Martz family sometime in the early 1870s. It was originally located on the south side of the nearby catalpa grove. When it was moved to its current location, another bent was added to the west side. The addition is mostly sawn while the original frame is primarily hewn. (c. 1870s). 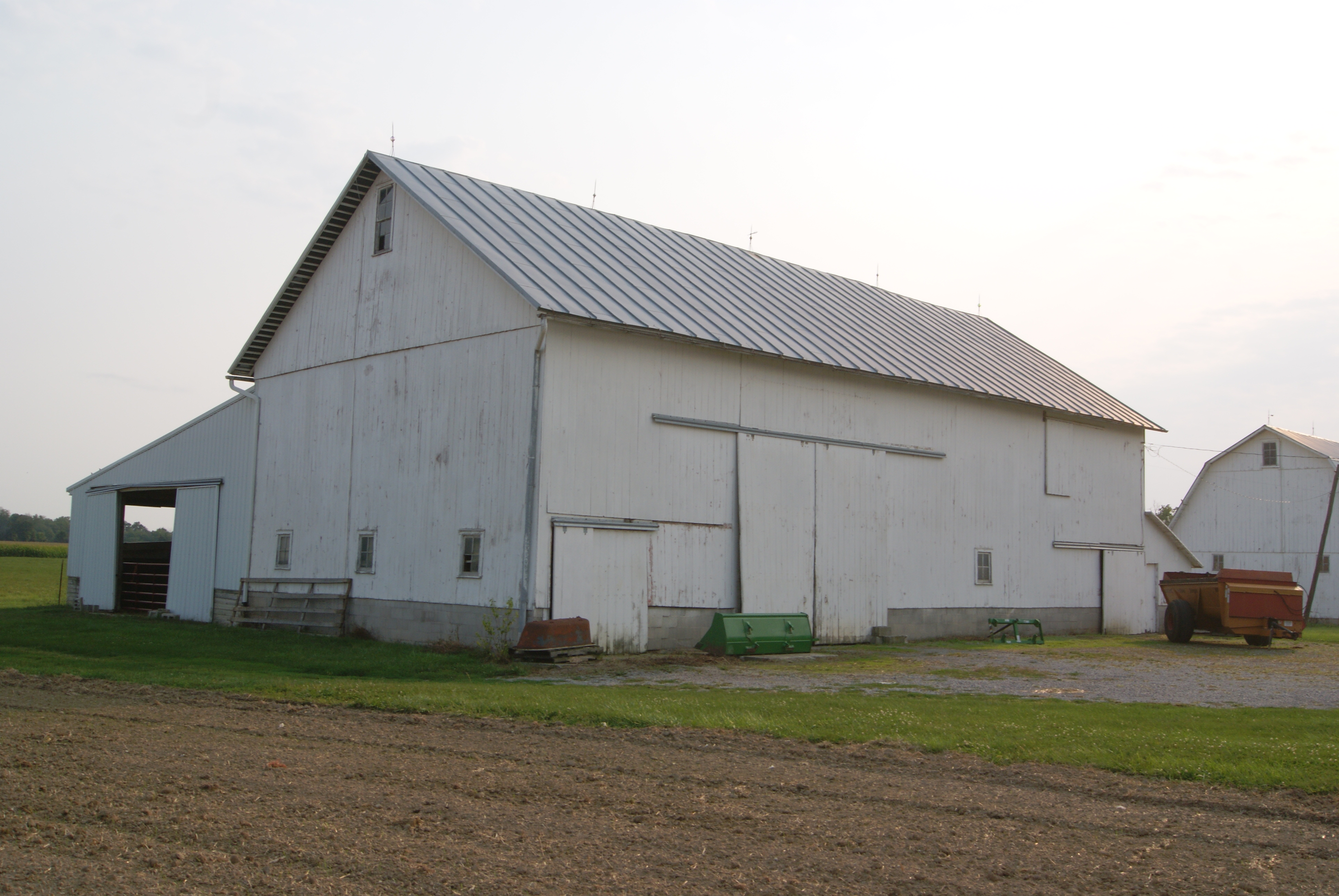 Napoleon Martz purchased this property from the State of Ohio in 1834. Martz was one of the earliest settlers in the township, coming to northwest Ohio from Virginia. The property stayed in the Martz family for nearly 100 years, until it was sold to Andy and Emeline Pifer in 1930. it has remained in the Pifer family since that time. Leanne Bateson, grand-daughter of Andy and Emeline Pifer, has owned the farm since 1997.

This ground barn was built by the Martz family sometime in the 1870s. It was originally located on the south side of the nearby catalpa grove and was later moved to its current location. Another bent was added to the west side of the barn when it was moved. This addition is mostly sawn lumber, while the original frame is primarily hewn. The barn was built for hay storage, with a steep gable roof and vertical queen posts. However, there is no straining tie holding the bents together, which is unusual for a frame with vertical queen posts.

There are several clues that have helped to date this barn. Many of the hewn pieces have bark, or "wane" visible, indicating that the craftsman were using some of the last of the large, old-growth trees and every bit of them! The higher pitched gable roof and vertical queen posts indicate that the craftsman were employing different methods to attempt to create more space for hay storage. However, the barn is likely earlier than the 1880s, when many barns in the country started using slate roofs and the prevailing roofline became the gambrel roof to provide even more hay storage than the high pitched gable. As an example, the barn adjacent to this ground barn likely dates to the early 20th century. It has a gambrel roof and, while the frame still employs traditional timber framing techniques, it is entirely sawn.

A rare wooden har track is still visible at the ridge-line from the interior of the barn. The livestock shed was added in the 1990s. Today, the barn is still used to house livestock and store farming equipment. The Bateson family has worked diligently to maintain this historic barn and to keep it functional for their farming needs. Leanne Bateson, who grew up on this farm, is proud to preserve this reminder of her family history.