The buildings that comprise the Rochester Community Schools Administration Complex were built as individual schools in 1889, 1916 and 1928, and were connected to create one large school campus. The site consists of the 1889 Harrison School building at the corner of Fourth and Wilcox Streets, the 1916 Rochester High School building at the corner of University Drive and Wilcox Street, and the 1928 building, which connects the 1889 and 1916 buildings. The site has been the location of a school building since 1847. The 1889 Harrison School building was placed on the Michigan Register of Historic Sites in 1987. 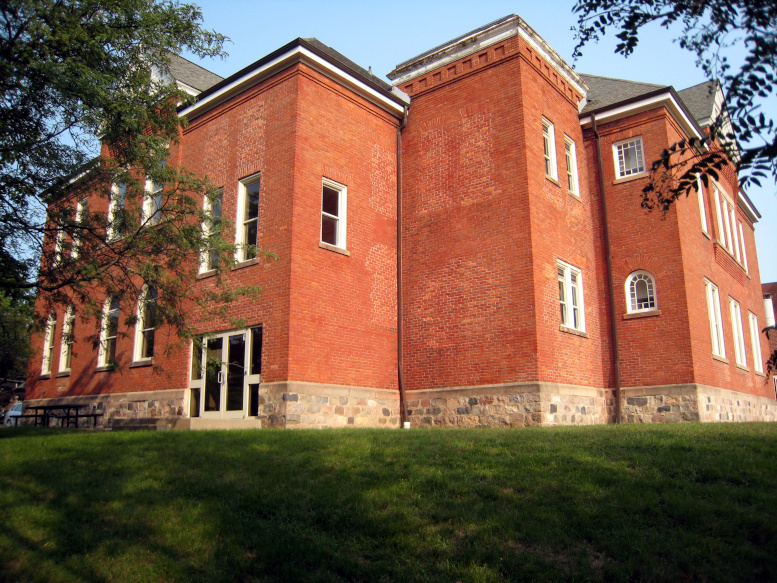 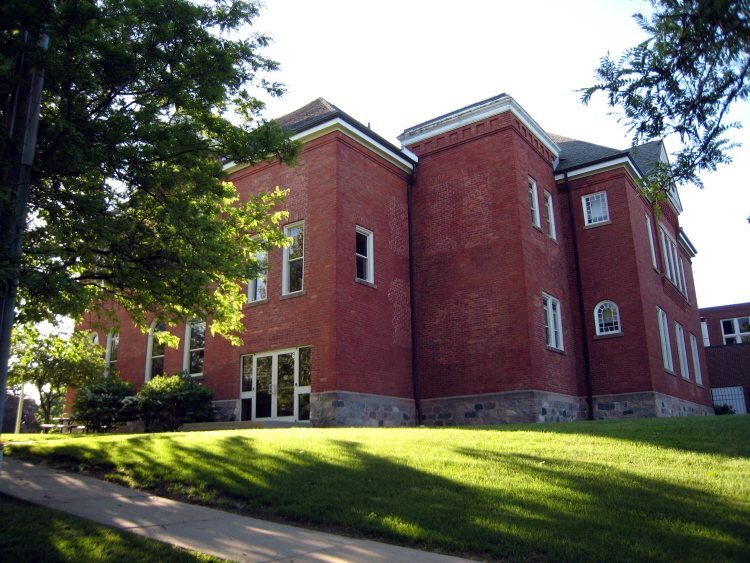 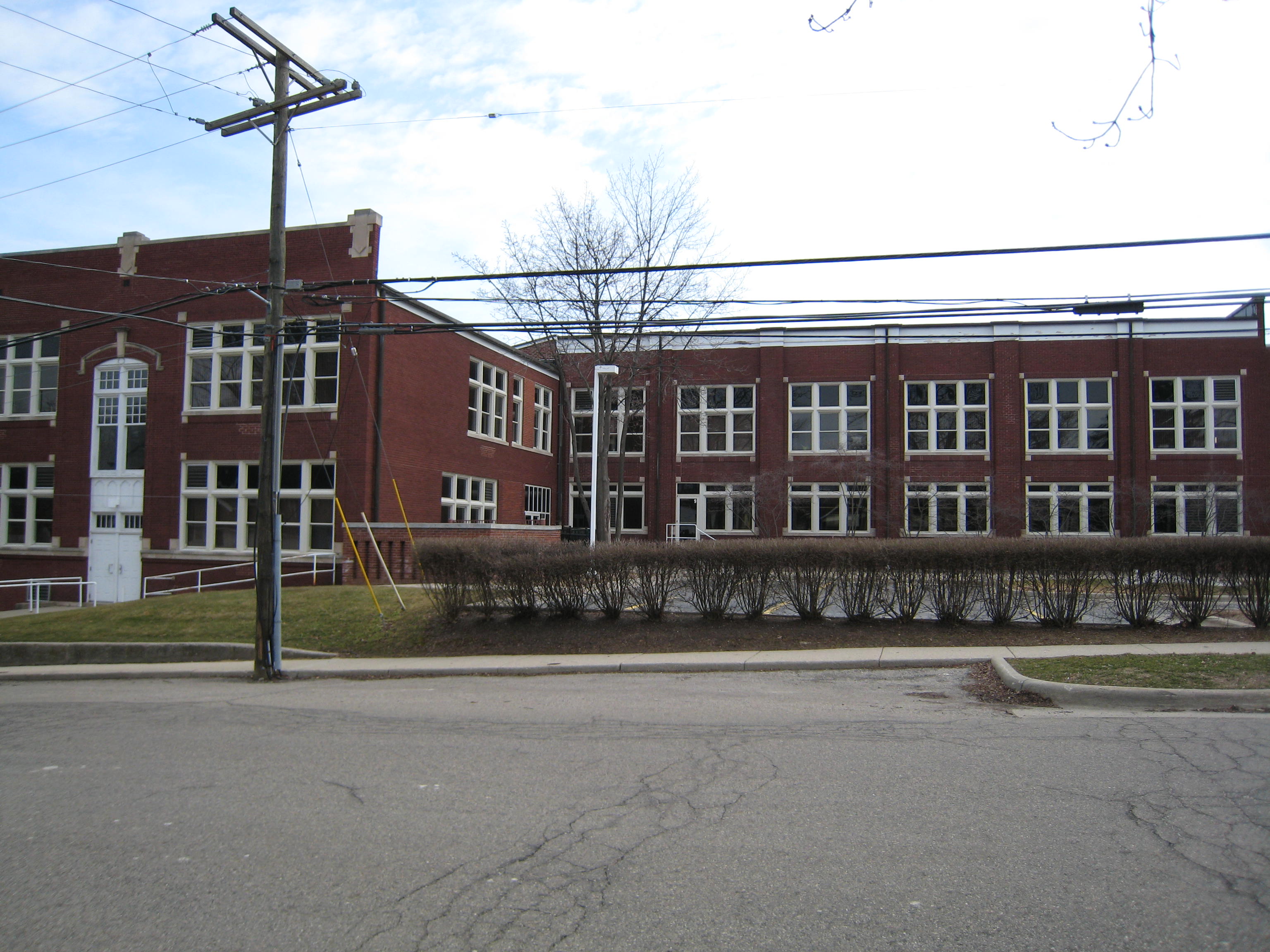 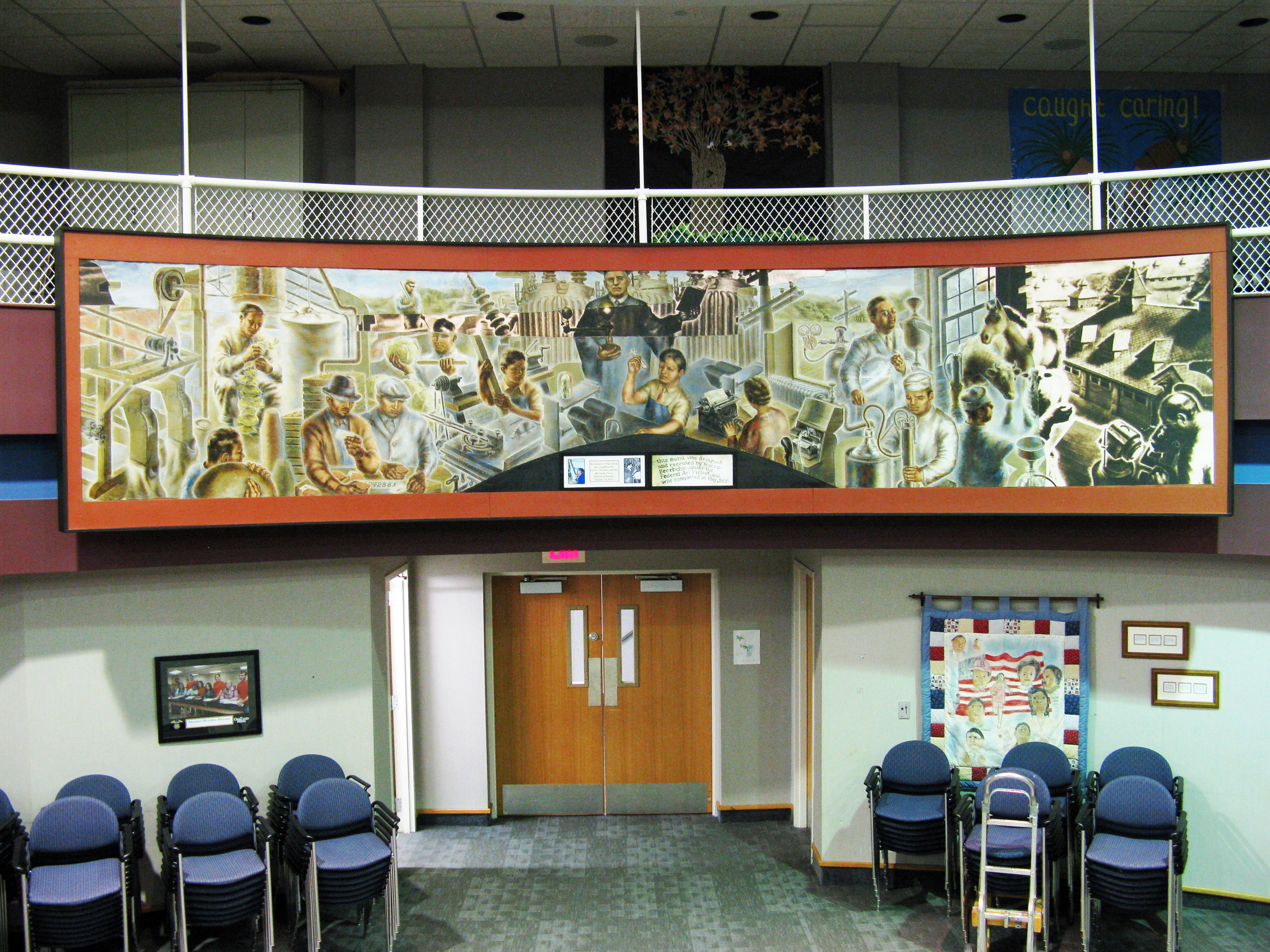 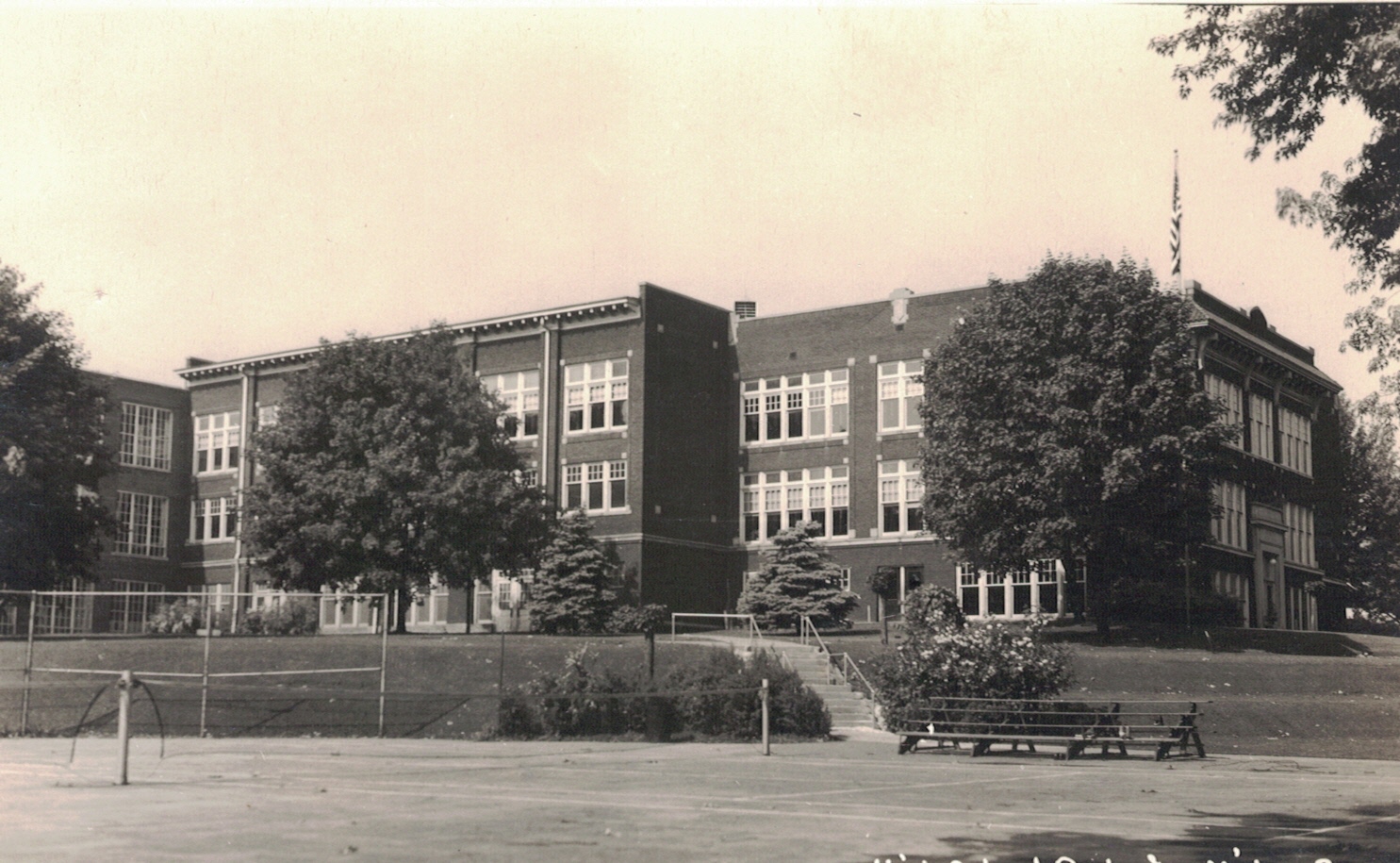 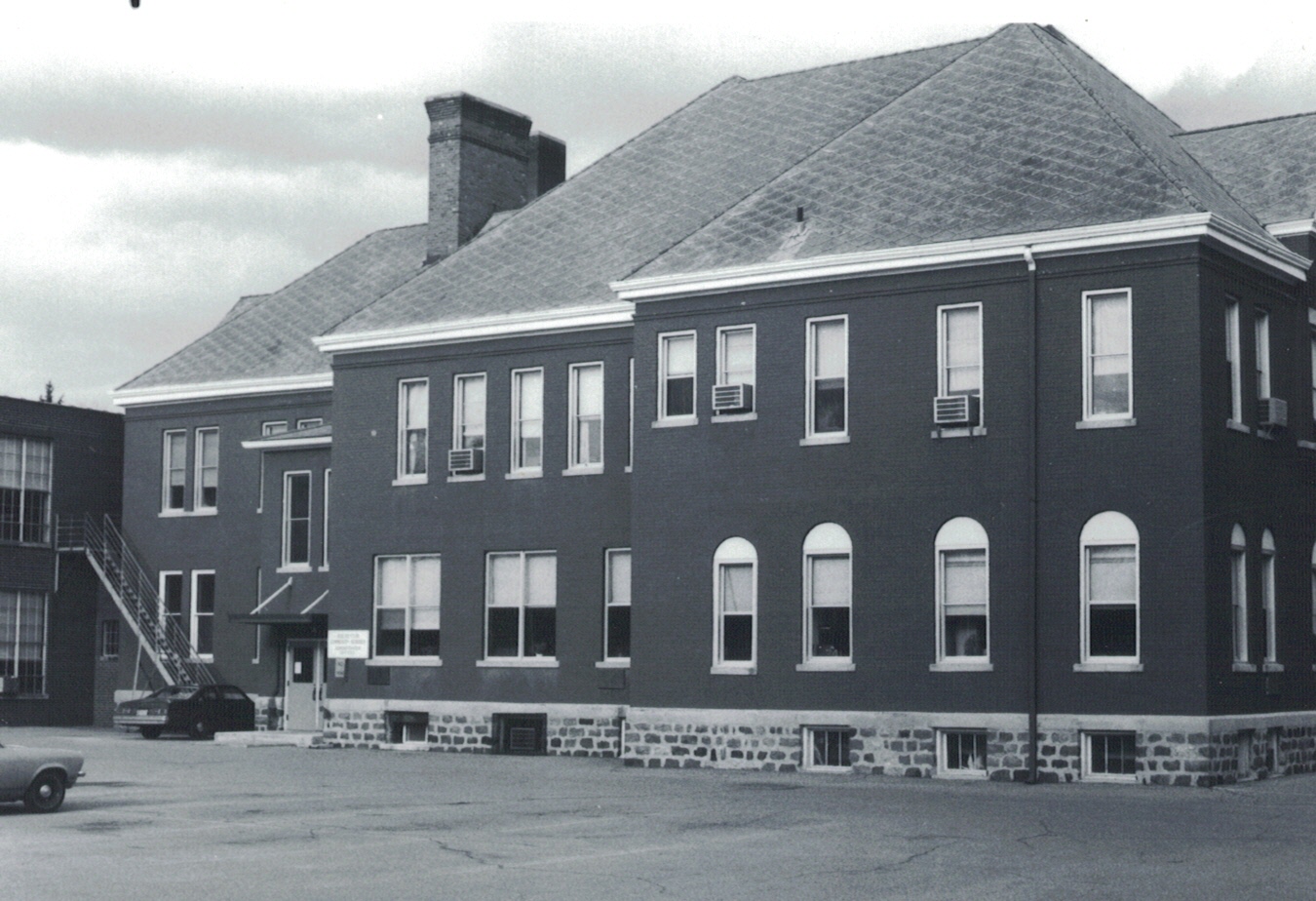 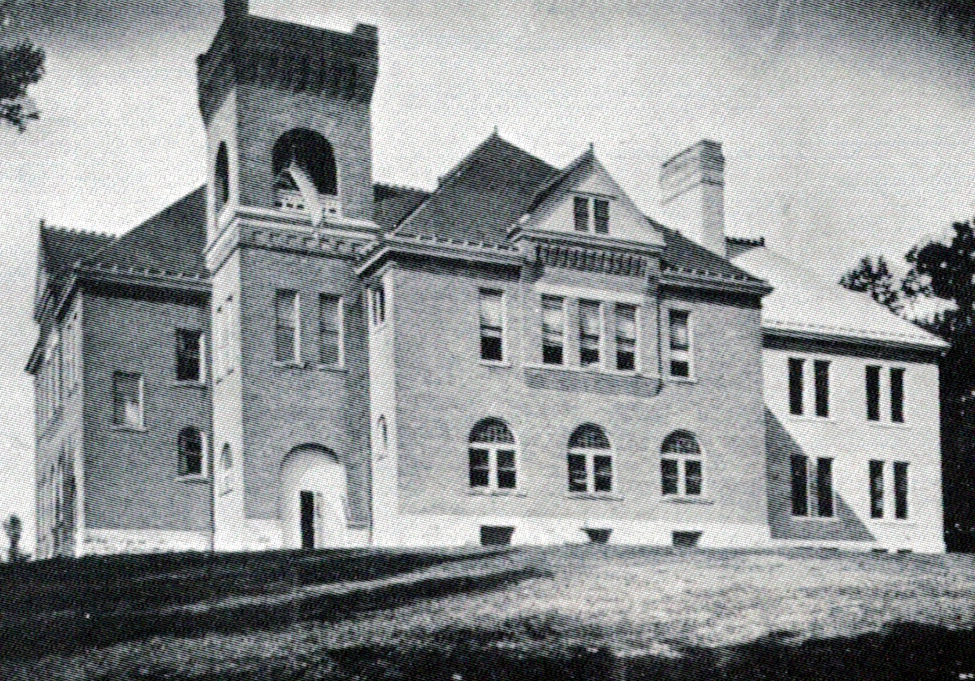 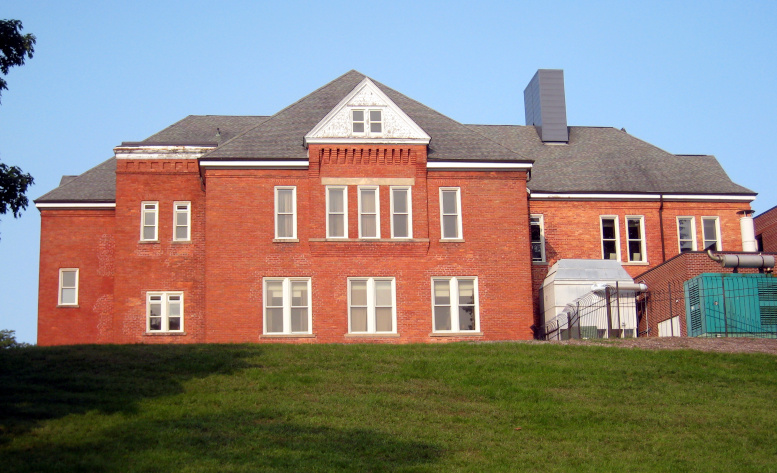 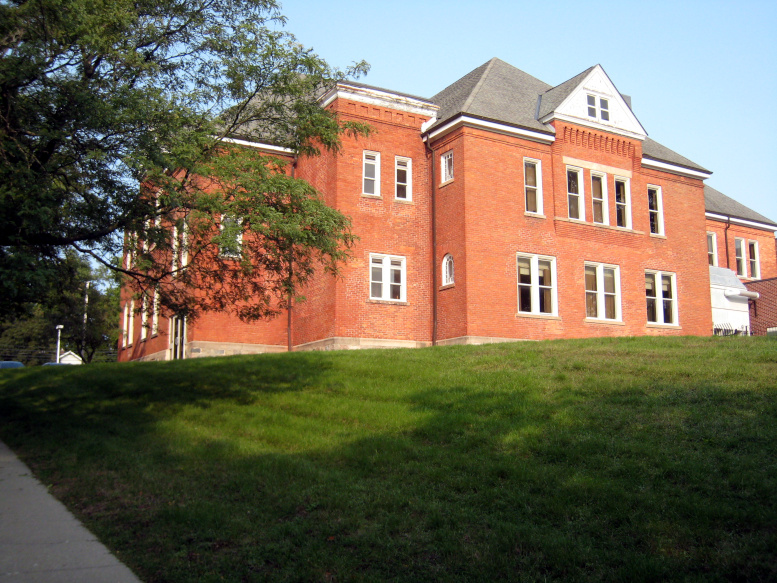 A private academy was established at this site in 1847, and operated for a decade before being acquired by Avon School District #5 in 1857 and converted to a public school. The building was consumed in a presumed arson fire in 1888, causing the school district to make plans for a new, fireproof structure. While the school board was working on the new school during the 1888-1889 school year, high school classes were held in the Avon Township Hall and elementary grades met in the Adventist Church building.

The oldest section of the Rochester Community Schools Administration Complex is the 1889 Harrison Building, built to replace the frame building on the same site which was destroyed in an arson fire in August 1888. In March 1889, the school board hired architect Claire Allen, then of Lansing, to design a new school building. The Rochester Era reported on March 1, 1889:

"The school board have adopted the Claire Allen plan for schoolhouse and Mr. Allen is expected here today, to confer with the board."

In April 1889, the school board awarded the contract for construction of the new building to an Ionia County firm. The Rochester Era reported as follows on April 19, 1889:

The sealed proposals for building the new school house were opened last Monday, and Tuesday the contract was awarded to the lowest bidder, the firm of Seeley & Throop, Lake Odessa, Ionia co., whose bid was $8,000. There were eleven proposals sent in to the building committee, some of the bids running as high as $9,500. The Smead system of heating and ventilation having been adopted and the apparatus already at the depot, the contractors will of course place the same in position at the proper time, under the building contract. Work will be commenced after the proper preliminaries connected with the business are gone through with, such as making out papers, etc.

Construction continued on through the summer and fall, and the new school was dedicated in November 1889.

The dedication program for the building described it as follows:

The building, which is brick, covers 70 square feet of ground, and is of modern architectural design, 60 feet high, from which float the Stars and Stripes, obtained by the pupils of the school through the Detroit Tribune.

There are four entrances to the building, the first floor being traversed by two spacious halls at right angles through the entire section of the structure. Upon this floor are two primary rooms 25 x 36 ft. each, and an intermediate room 25 x 32 ft. These are finished up in the very best style, with all the modern appurtenances and conveniences, including well-arranged wardrobes for teachers and pupils.

Spacious halls and stairways of remarkably easy ascent and convenient landings lead to this floor. The high school room on the north side is 36 x 61 ft., airy, convenient and well-lighted with abundant windows, and furnished with ventilators, as are indeed all the rooms in the building. Connected by a wide arch, the library 12 x 18 ft., opens off from this room. The recitation room adjacent to this is 20 x 20, off from which is the Laboratory 12 x 20. Between the recitation room and the Laboratory is a sliding door, so arranged that the class in Science can view the apparatus in said Laboratory without passing into the room or leaving their seats, by the teacher simply pushing aside this slide, everything being arranged to suit the needs of the class in this particular direction. Wardrobes are conveniently arranged on this floor also. The first floor of the tower being used as a vestibule, the second floor of it is fitted up as an office for the principal and teachers, and also to be used for meetings of the school board. The entire building is heated and ventilated by the J. D. Smead & Co., system, which has been thoroughly tested and found to be all that could be desired in its particular work. The entire cost of the structure, which is finished throughout in first-class style, is only $8000.

By 1907, the school building had become desperately overcrowded, and the district authorized a and addition on the north side of the building.

By 1916, the need for separate quarters for the high school students had become apparent and a new building program was begun. The new school would stand adjacent the 1889 building on the corner of Wilcox and Fifth St. (now West University Drive) and allow the old building to be used exclusively for lower grades. The 1916 building was Rochester's first dedicated high school building.

The trade journal American Contractor reported on February 5, 1916, on contracts awarded for the new school as follows:

"Work on the new school building commenced Monday morning. It is being built on the high ground corner of Fifth and Wilcox streets, and will be most sightly." One week later, the paper noted: "Contractor Patterson has a large force of men working on the new school house." The Utica Sentinel reported on May 5, 1916: "Workmen, while excavating for the basement of the new Rochester high school, came upon a curiosity in the form of a cave which extended 12 feet back into the bank, about 12 feet below the surface of the ground."

On October 6, 1916, the Rochester Era took to the front page to describe the new building in detail:

Rochester and school district No. 5 have every reason to feel proud of their new high school building just completed, at a cost of $25,500, for it is one of the finest in Michigan for the money, and we take pleasure in giving a sketch of the building, together with a few items of interest concerning the same, that all may have a better idea of what the board of education have to show for the money expended by them in building this magnificent building. The building is 97x58 feet, fronting on Fifth street. The building is two story and basement, and is of face brick and stone construction. The auditorium is 40x54 feet, with a seating capacity of 300. It has a stage and two dressing rooms, and later a set of curtains and scenery will be put in for use of the school exclusively. The auditorium is on the second floor. The assembly room is on the first floor, and seats the 8th to 12th grades. It is 40x54 feet, and has three recitation rooms. On the first floor is a well-equipped library 13x21, and the superintendent's office 12x16, with toilet room off it. On the second floor is a lecture room 13x21, a fully equipped laboratory 17x21, with dark room 3x7, and four recitation rooms 20x22. Convenient halls and corridors run through the building, up and down. In the basement two large rooms have been set aside for future manual training and domestic science quarters. Here are also located the furnaces and coal room. The heating plant is the force blast system, air being changed six times an hour throughout the building operated by fans and a 5 h.p. electric motor. It is the last word in heating and ventilation There are electric lights and city water throughout the building. There is also a chemical laboratory on the second floor, fully equipped for experimental work. Sanitary drinking fountains are at convenient points about the building, while the toilet rooms are equipped with self-flushing seats. Fire escapes are provided, while the doors are provided with fire escape latches, which allow in case of fire a quick outlet through outside doors, opening outward. There are entrances on all four sides of the building, making it possible to empty the building in a few moments.

An addition was made to the new high school only four years later, in 1920. The Rochester Era reported on May 21, 1920: "The contract for the new high school addition has been let to John Patterson, of Plymouth, who built the original building. He takes it on a cost-plus 15 per cent plan and the contractor will take about $76,000. The heating has been let to Bryce, of Toledo, O."

In 1928-29, a new building to house the junior high grades was built between the high school and the 1889 building, physically connecting both structures and creating one large school campus.

In late 1933 and early 1934, a Depression-era Civil Works Administration (CWA) project was used to renovate and redecorate the building. Two art projects, a bas-relief mural by Leonard Jungwirth and a painted mural by Marvin Beerbohm, were also funded by Federal projects during this time. The old 1889 building was extensively remodeled at this time, and the school board voted to name it the William F. Harrison School in recognition of the man who had served as the school's custodian since 1897. Harrison remained at his post as school custodian for a total of 45 years, until his death in 1942.

The expanded complex housed Rochester High School until the fall of 1957, when a new high school campus was opened at the corner of Walton and Livernois. Thereafter, the junior high grades expanded into the former high school. Central Junior High School occupied the building until 1973, when it was closed in favor of two new junior highs, Reuther and Van Hoosen. The school building was then repurposed to house the Rochester Community Schools administration offices.

History of Public and Higher Education
Architecture and Historical Buildings