You are vieweing item 3 of 5 in this tour. 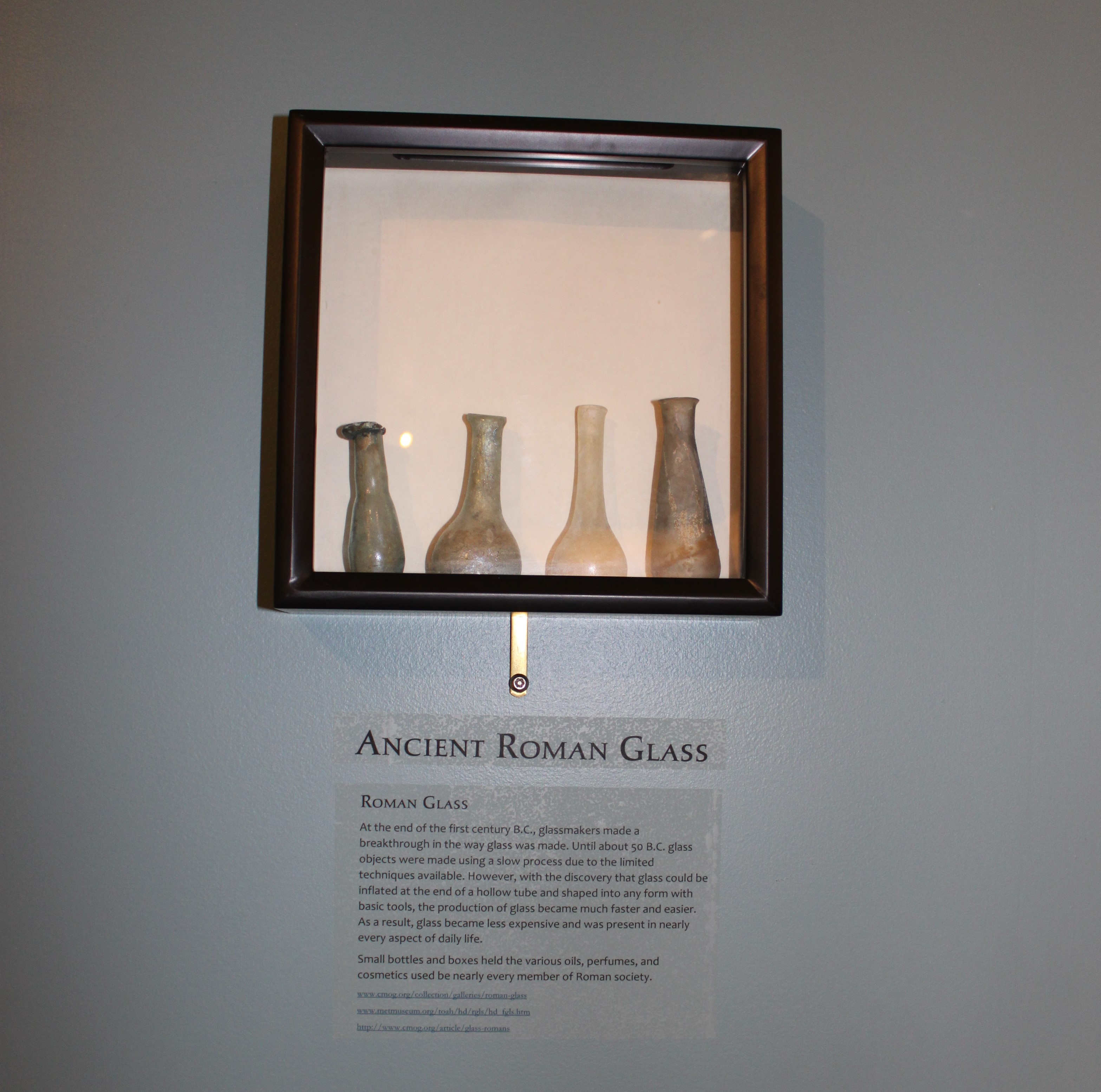 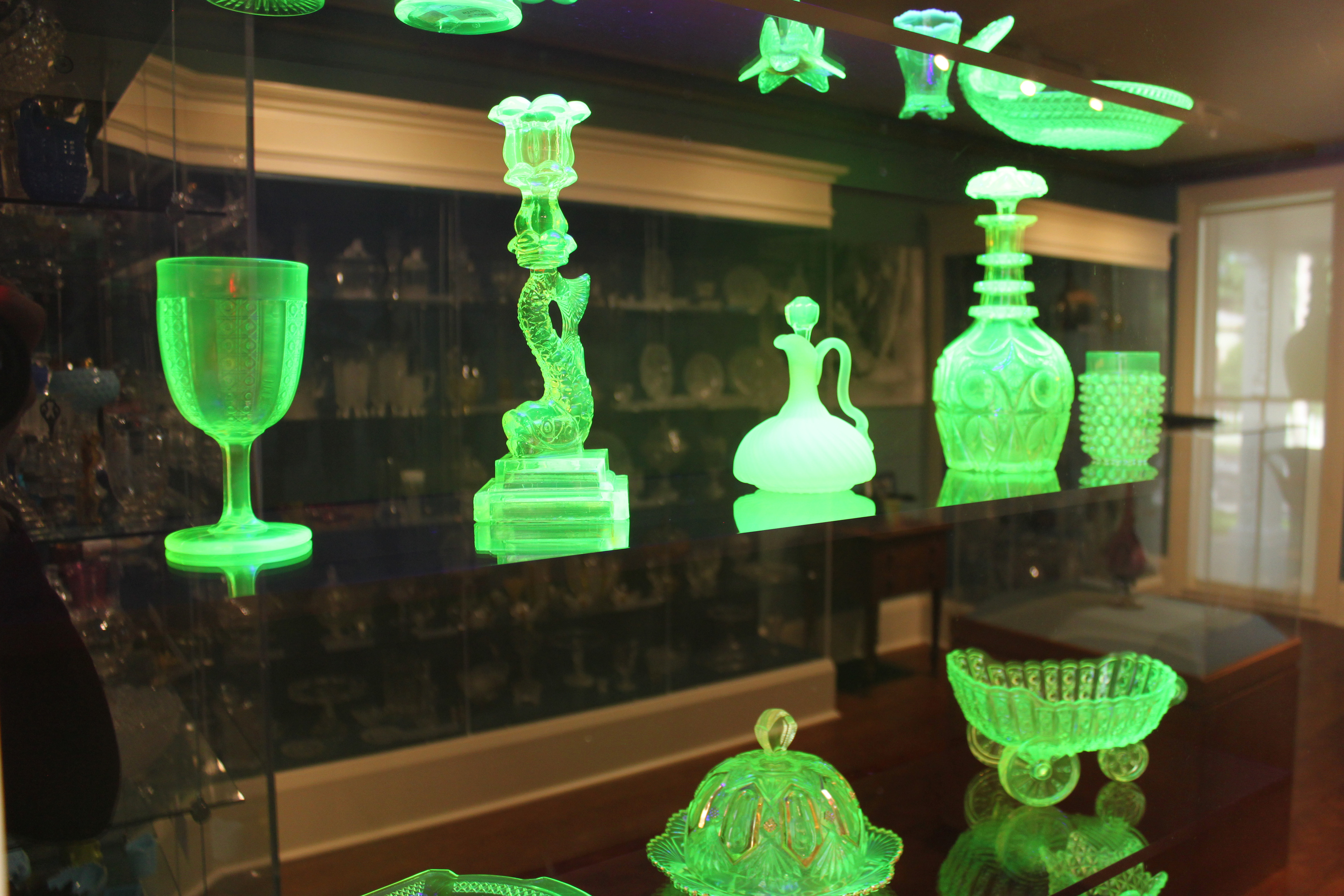 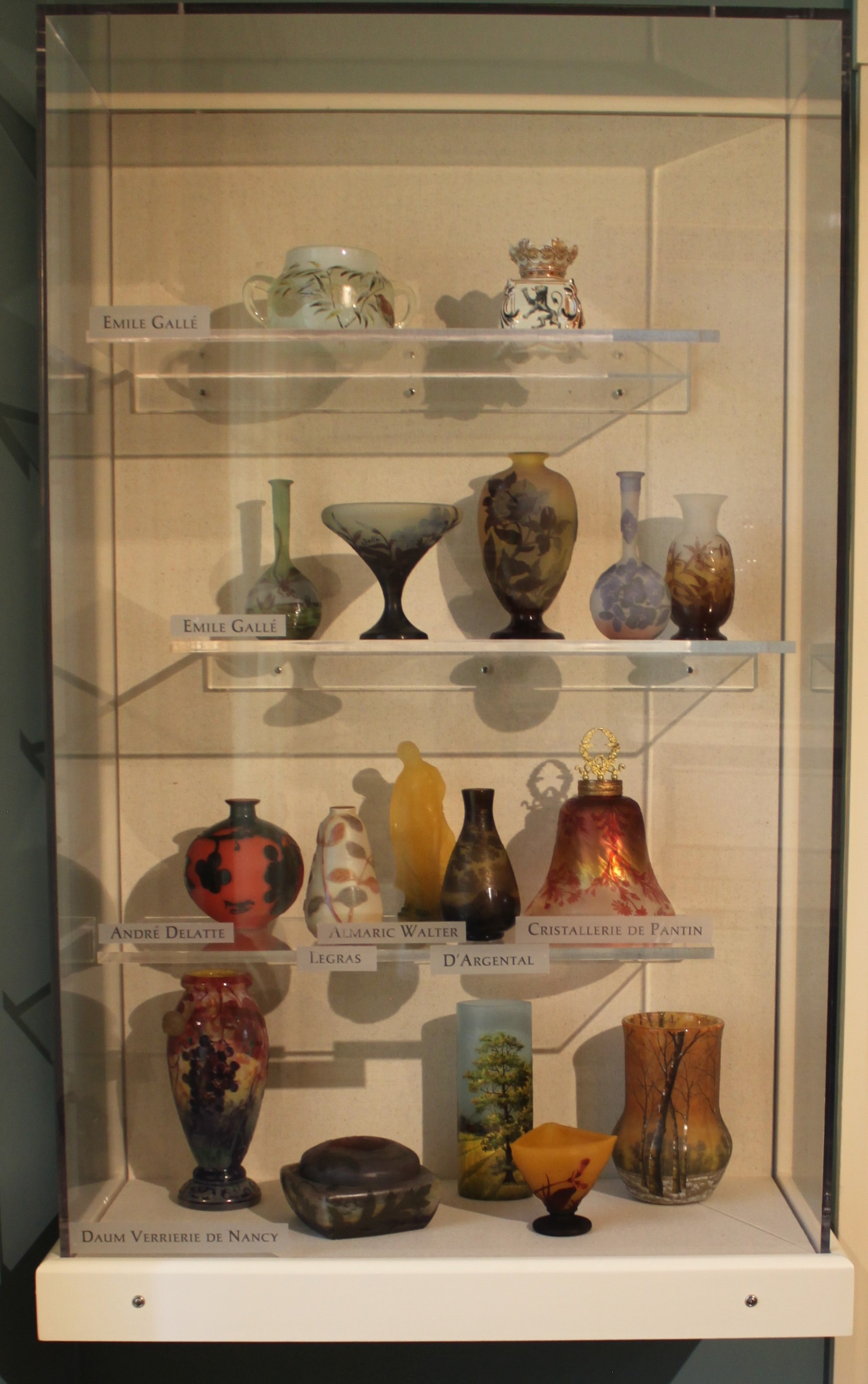 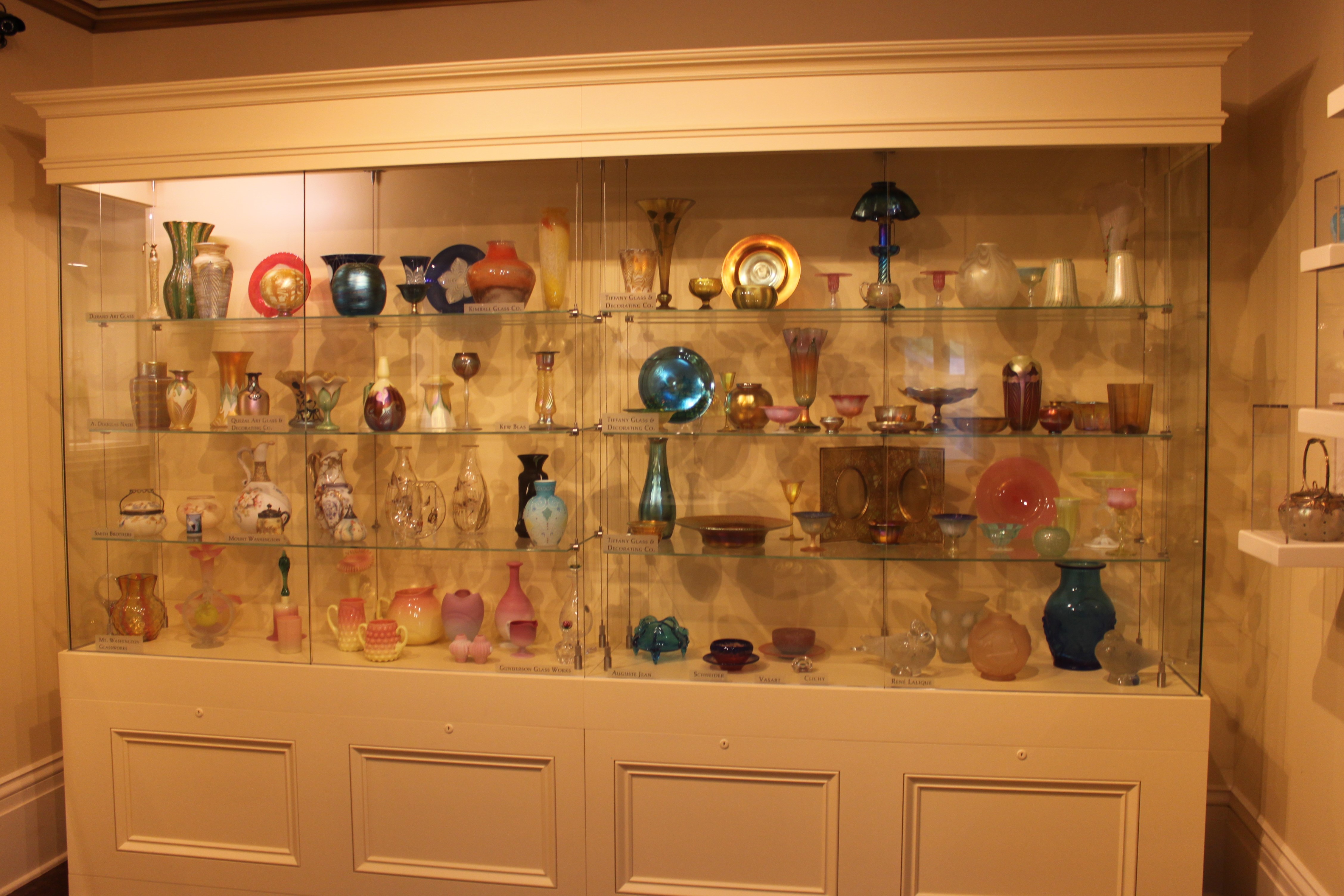 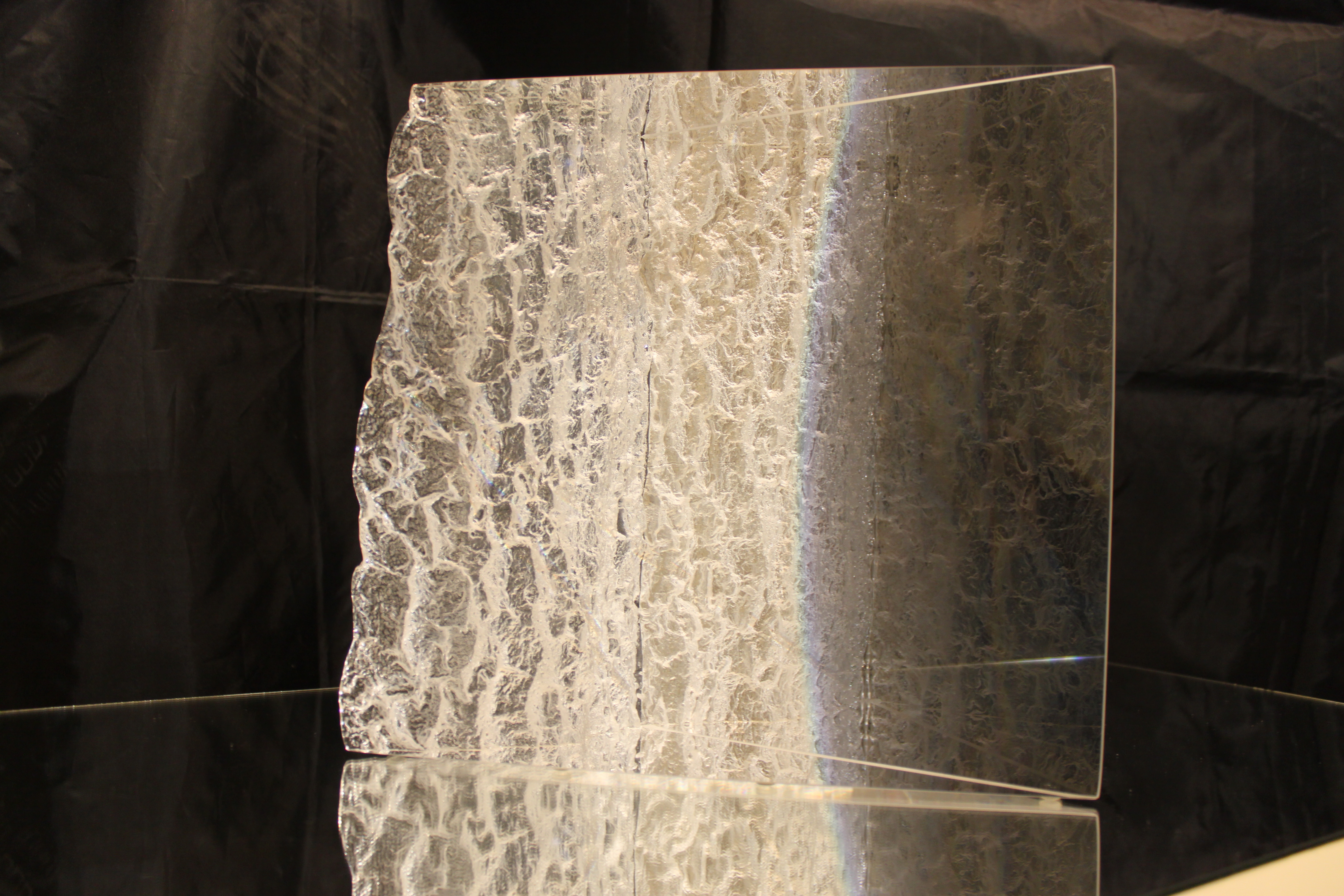 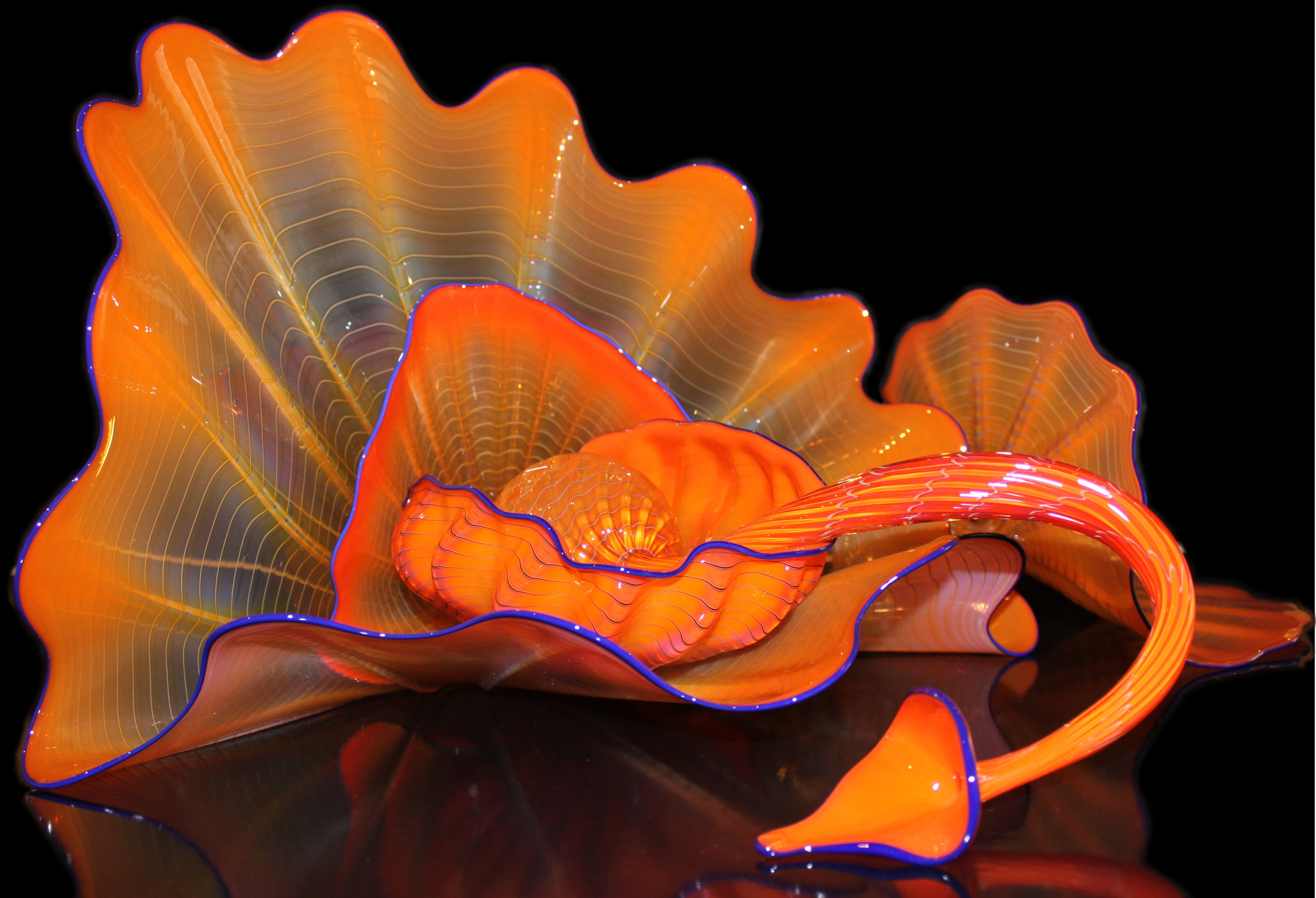 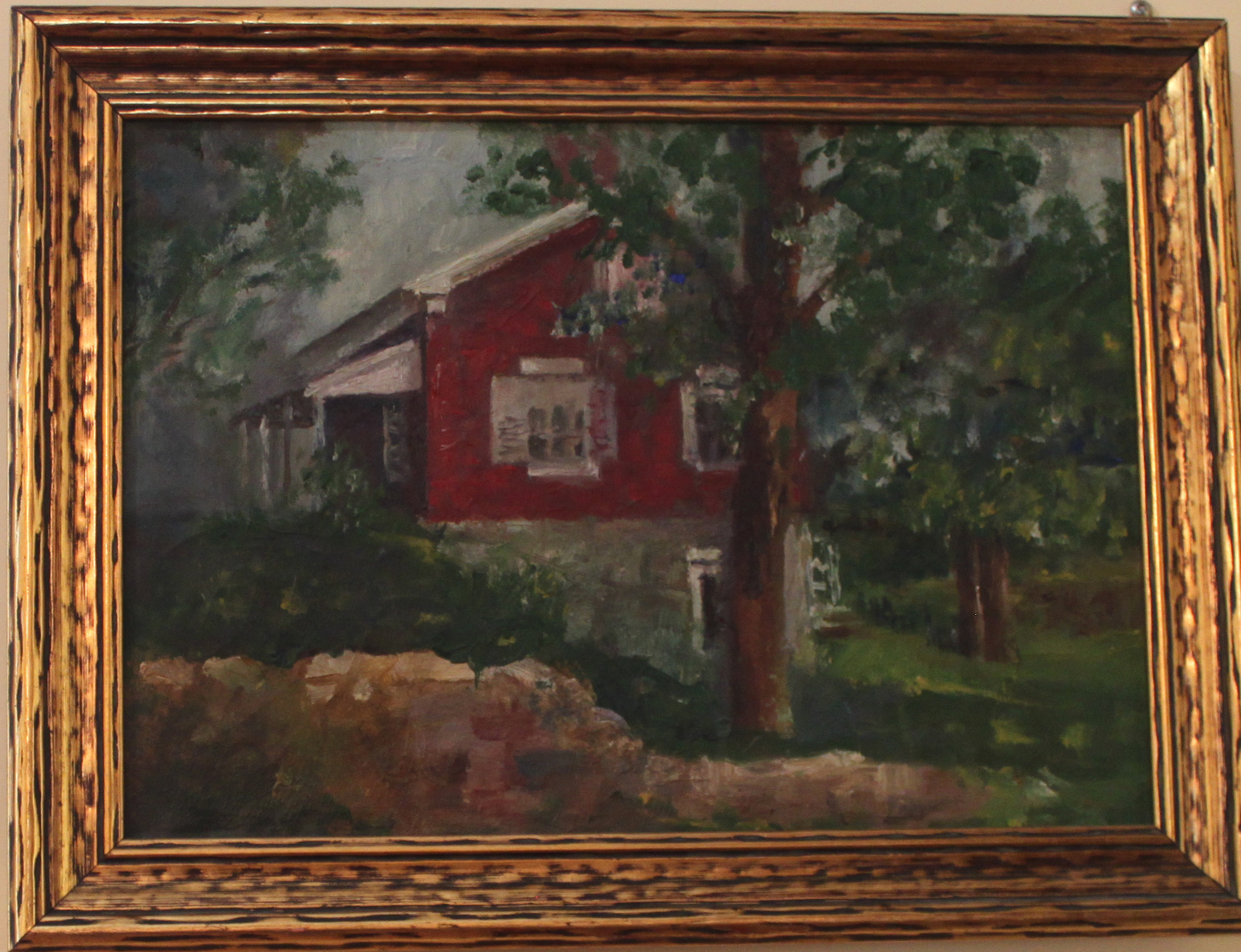 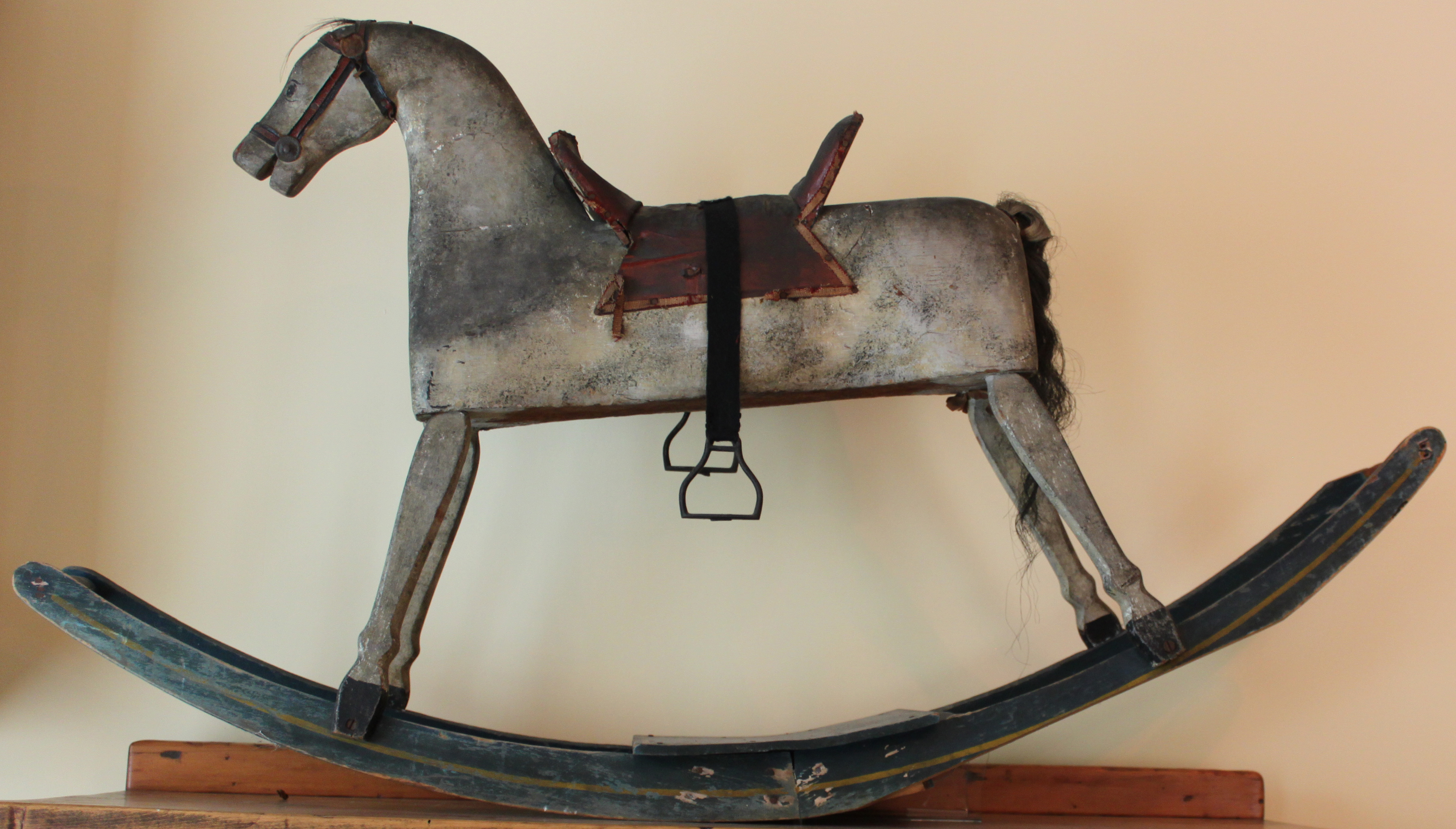 Portrait of Four Boys (American, First Half 19th Century) Unsigned. Two boys are holding books, one is holding an apple and one is holding a riding crop and standing by a dog. The background is a parlor with a patterned rug on the floor. The boys are purportedly George Henry, Charles Wilbor, Stephan H., William E. and Fido the Dog (the name of the dog is painted on the dog in the painting); the boys are the sons of Needham and Naomi Standart. 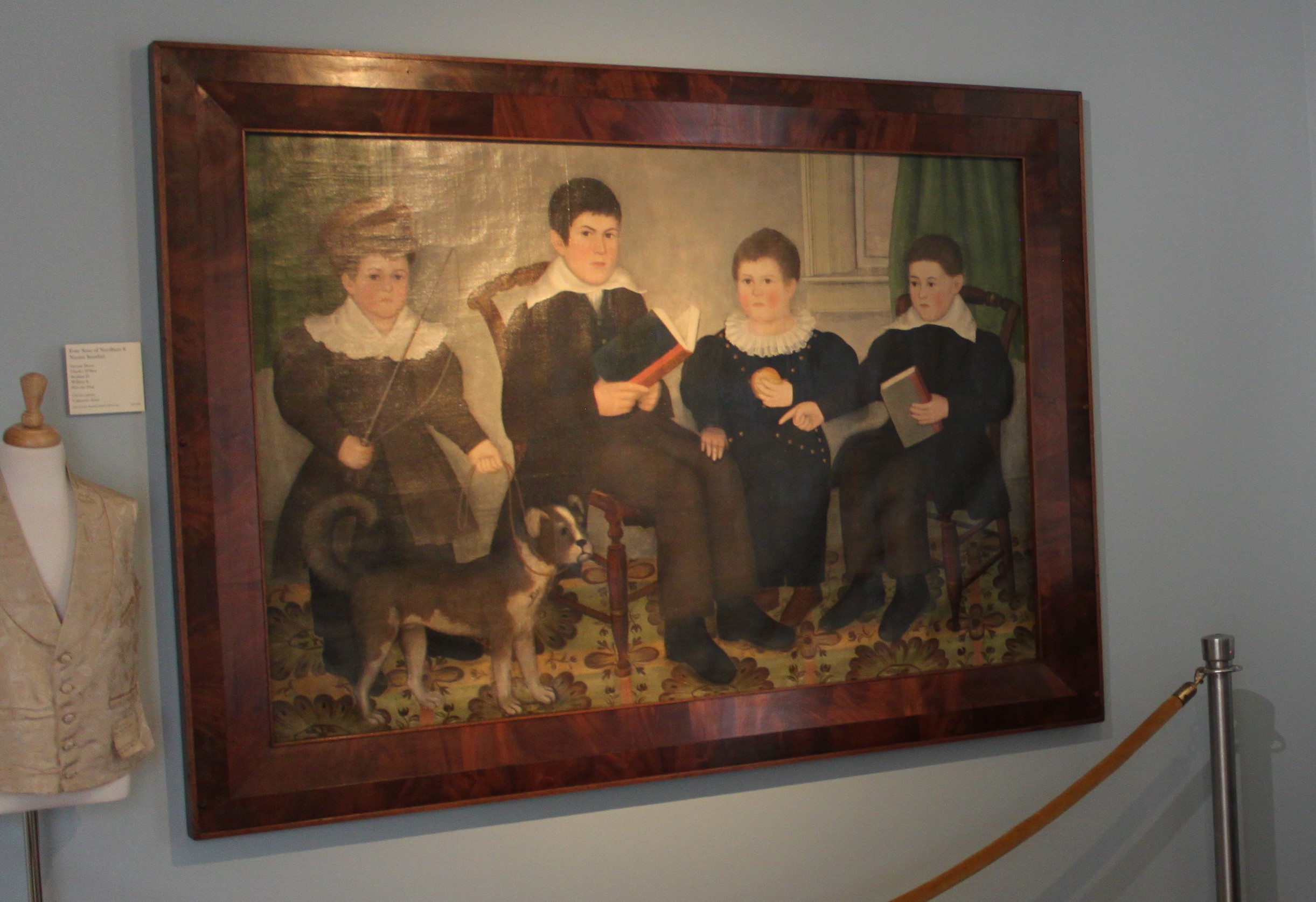 Historical Blue Platter English, mid 19th century. In the "Sandusky" pattern with ship "Henry Clay" in the harbor. Scratches and the table wear to the back. Monor roughness on the rim. The small building at the extreme east was the first building where ice cream was sold in the city. Next to the north was Doll's Hotel with a dance hall in the upper story. The building with a spire was the Episcopal church for which the cornerstone was laid in 1835 and Wm. T. West and his wife were the first couple married in the church in 1844. Between the church and Doll's Hotel was Charles Rice's wagon shop. The large building with the sheds was the Steamboat Hotel, later called the Verandah, at the foot of Wayne Street, which was raised in 1923. East of it was a boarding house kept by the Widow Hurd. To the southwest of the Steamboat Hotel was the first stone house in Sandusky, built by Eleutheros Cooke, where the Star Theatre now stands. The building west of the Cooke residence are the Methodist and Congregational churches. West of the Steamboat Hotel on Water Street was William Boos' Bakery. then came a boarding house. Then to the west, the residence of Captain Ransome and the larger four story building was the Ohio House. The third building from the westside of the picture was William Townsend's store. The rest of the buildings were mostly log cabins. The Henry Clay was built in 1838. The picture does not show Colt's Exchange Hotel, which shows the picture was prior to April 1842, when Charles Dickens visited the city. 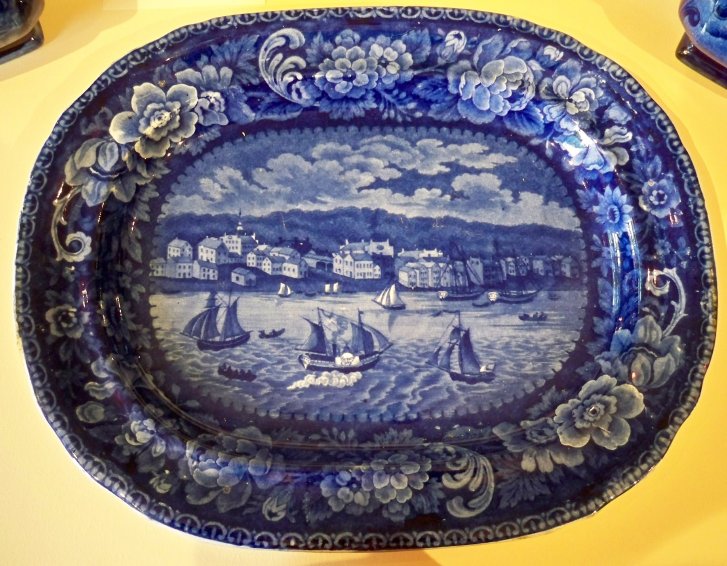 In the 1820s, a new te﻿chnique for producing glass was developed in the United States. It revolutionized glassmaking not only in the US, but quickly spread to Europe and beyond. The technique was that of pressing glass in a new mechanical press, a method which drastically reduced the time and labor involved in making glass objects. Not only were costs reduced, but the new mass-production methods made glass available to everyone, not just the wealthy. The press of the 1820s, which made one glass plate every minute, was superseded within a century by new equipment – the 1920s machines produced several hundred pressed objects per minute.

Lacy Glass was the first glass made with the new pressing machine in the 1820s. Lacy patterns produced a lacelike effect that concealed wrinkles in the glass that were caused by the cold plunger of the machine coming into contact with the hot, molten glass. The earliest forms of pressed, lacy glass tended to be small or flat items, such as furniture knobs, salts, and plates.

The use of the pressing machine continued to increase as improvements were made to both the machine and the pressing process. In the 1850s, as American industry and prosperity increased, a taste developed for ornate styles and complex decorations. New England Glass Company and the Boston and Sandwich Glass Company were important producers in the field of pressed glass and often used the same designs. The tendency of the various makers to copy popular designs from competitors makes identifying makers difficult.

After 1900, fine art and design in every medium, including glass, experienced radical changes. During the late 19th century, explorations by designers and advances in industry had changed perceptions about glass design and the use of glass as a medium for art. Historical glassworking techniques had been revived, and experiments had been made with new colors. These developments equipped glassmakers with the tools to reinvent glass for the new century. Gallery highlights from this period include Arts and Crafts and Art Nouveau glass by numerous designers and glass companies, such as, Frederick Carder, Emile Gallé, Johann Loetz, Moser, and Louis Comfort Tiffany. Art Deco glass, produced between the two world wars includes René Lalique, and Steuben.

The factory opened in 1901, as part of the National Glass Company. During the first years the ware produced by the Cambridge Glass Co. came from molds previously used by other glass companies and was typical glassware of the period: table sets, jugs, bowls, molasses jugs, jars, tumblers and lamps. In 1954, the plant closed, and in November 1960, Imperial Glass Co. of Bellaire, Ohio, acquired the remaining assets, exclusive of the physical plant.

Founded in 1883 on Marion Avenue in Canton, Ohio by Joseph K. Brown, A. M. Bacon, and noted designer David Barker, the Canton Glass Company produced a wide variety of glassware: lantern globes, bar goods, drug sundries, tableware, novelties, the patent Ribbed Filtering Funnel, and their Canton Domestic Fruit Jar (in clear and cobalt). The plant burned to the ground on March 23, 1890, a total loss. To keep the Canton name and product line alive, 120 workers and equipment were sent to the idle Beaver Falls Glass Company in Pennsylvania to continue production; there they operated a 15-pot furnace, two press shops, and one blow shop. The owners decided not to rebuild in Canton, but instead move to Marion, Indiana, where a plentiful natural gas supply was located. In 1899 the National Glass Company was founded from 19 smaller companies which together had produced about half of the pressed tableware, novelties and tumblers in the U.S. Canton was not one of the 19, but joined in November. By 1902 only 12 members remained, but in that year National shut down the Canton Works, citing a shortage of fuel. In 1902, glassworkers and townspeople met and decided to open a new factory to replace the old Canton. By 1909 the plant was running night and day shifts with 185 employees and producing an even larger variety of wares; by 1910, there were 200 workers.

Ohio Flint Glass Company opened in Bowling Green, Ohio in 1893. In 1899 it became part of the National Glass Company until 1908 and reopened from 1910-1937 as the Lancaster Glass Company.

Started in 1876 in Bellaire, Ohio the company moved to Findlay, Ohio in 1888 and became part of the Findlay Glass Company from 1886-1902 with five other factories and eventually joined the U.S. Glass Company in 1891.

Started in 1886, Columbia operated until 1892. It was part of the five factories making up the Findlay Glass Company and joined the U.S. Glass Company in 1891.

Founded in 1888 in Findlay, the Model Flint Glass Company moved to Indiana in 1893. The Company was purchased by the National Glass Company in 1899, but was closed in 1902.

Heisey glass was made from 1896 to 1957 in Newark, Ohio, by A. H. Heisey and Co., Inc. The factory produced tableware, both pressed and blown, in a variety of patterns and colors as well as decorative glass figurines.

Joseph Beatty and Edward Stillman started Beatty Glass Works in Steubenville in 1845. It was sold to Alexander J. Beatty in 1852 and moved to Tiffin, Ohio in 1888. The factory produced glass under several names, including U.S. Glass Company and Tiffin Art Glass until 1984.

Opening in 1866, the company made lantern chimneys, lamps and bar goods. The Belmont Glass Works closed in 1890.

Founded in 1901 by Edward Muhleman, the handmade glassware was sold worldwide and the company was best known for its carnival glass. Imperials first ‘freehand’ pieces appeared in 1923, introducing new iridescent art glass that was technically and artistically successful.

Organized in 1884, the company employed more than 150 workers until its sale in 1899 to the National Glass Company.

In late 1893, Consolidated Lamp and Glass Company was formed by the merger of Wallace and McAfee Company with the Fostoria Shade and Lamp Company. They were located in Fostoria, Ohio, but the plant burnt in 1895. In 1896, Consolidated moved from Fostoria to Coraopolis, Pennsylvania. In the mid-1920s, Reuben Haley designed a line of art glass inspired by René Lalique.

Founded in 1905 by Frank L. and John W. Fenton, the original factory was located in Martins Ferry, Ohio. In 1906, the company built a new factory across the Ohio River in Williamstown, WV. Fenton was renowned for innovative glass colors as well as hand-painted decoration on pressed and blown glassware.

Edward Drummond Libbey moved his glass company from Boston to Toledo, Ohio in 1890. The Libbey Glass Co. produced Brilliant Period cut glass as well as Agata, Amberina, Pomona, Green Opaque and more. In 1935, Libbey became part of the Owens-Illinois Corp. continuing to contribute to the industrial techniques used in manufacturing.