Located near Kentucky's cave country, these are the ruins of Bell's Tavern, an early 19th-century inn built by Revolutionary War veteran Colonel William Bell. Bell built this stagecoach stop and way station for travelers which came to be known as Bell's Tavern around 1830. Bell died in 1853, but his business lived on until it was destroyed by a fire that occurred just before the Civil War. Bell's family wanted to rebuild the structure, but the outbreak of the Civil War reduced travel and commerce in a way that prevented them from completing that project. Today, the walls are covered in ivy, and the town of Park City, located in Barren County, Kentucky, has sponsored its official listing as a state historic site. 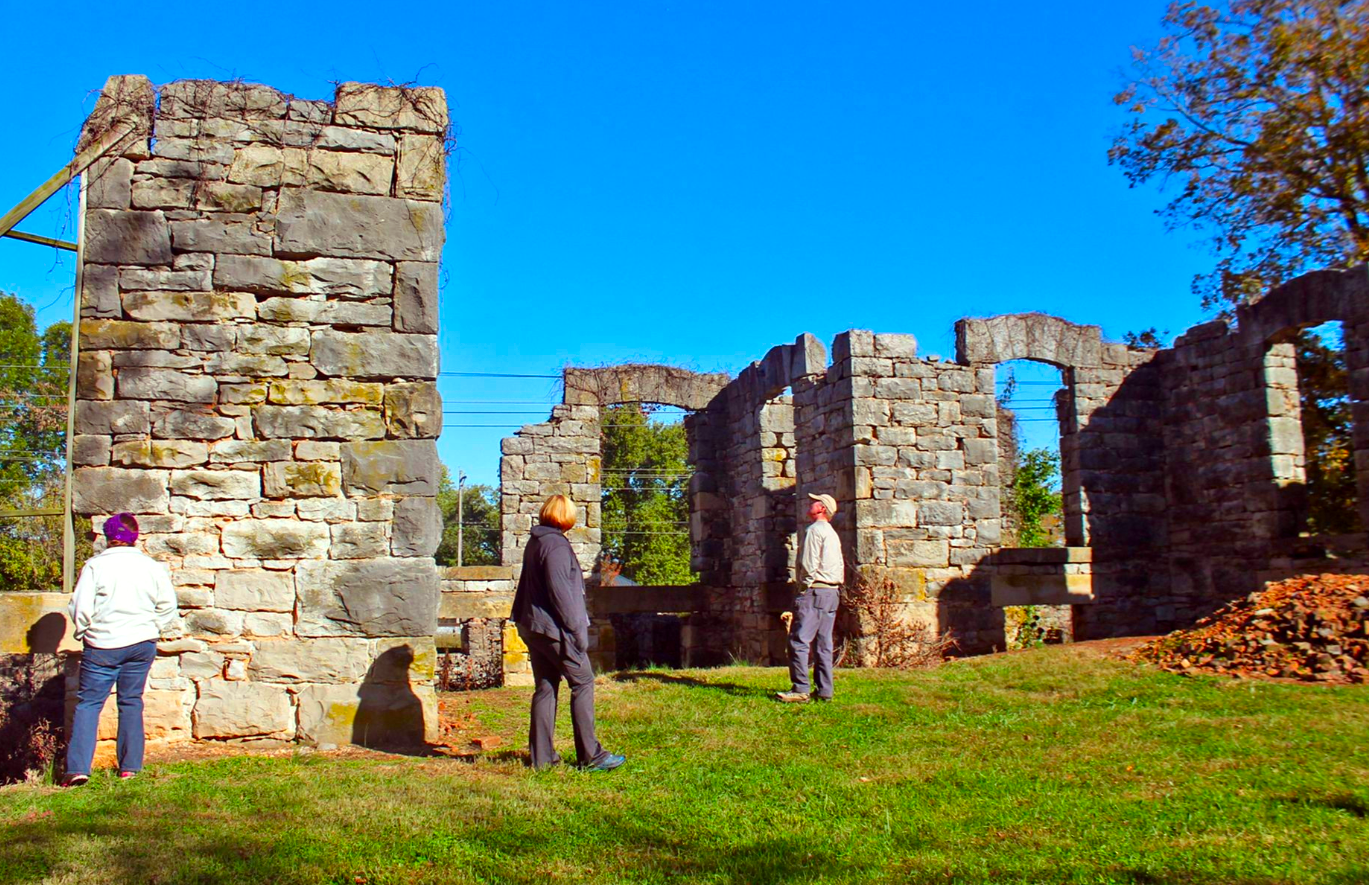 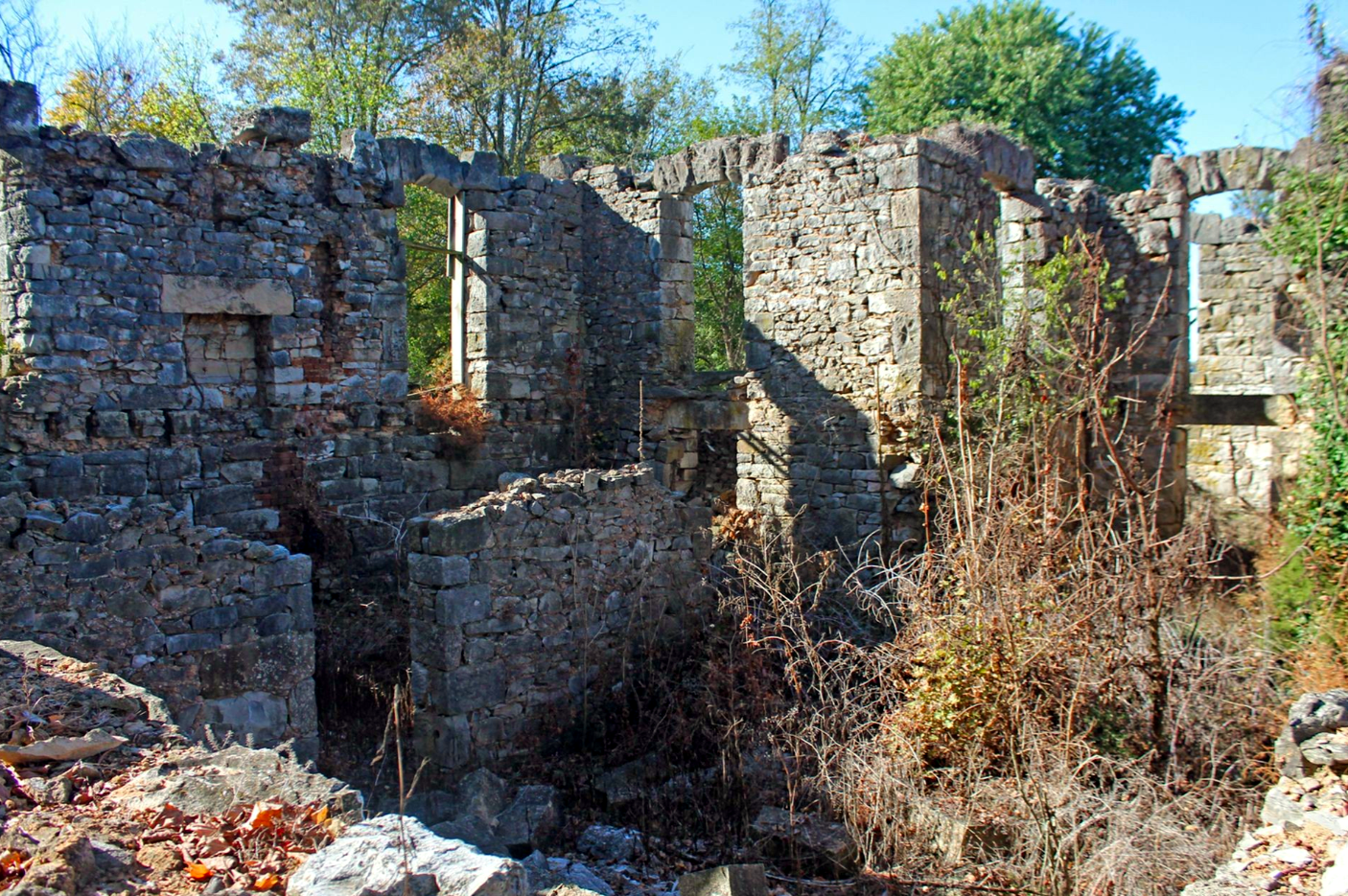 Col. William Bell, a veteran of the Revolutionary War, came to what is now Park City from Virginia, settling on a 3,500-acre land grant that came to be known as Three Forks and later Bell's Station. In the 1820s, this area was at the crossroads of three major roads, and Bell built Bell's Tavern here in 1830. Originally a wooden structure, it was a stagecoach stop for people who were coming to see Mammoth Cave, and was widely known for its homemade peach and honey brandy.

According to many, the tavern itself was as much an attraction as the cave itself, and was added to over time as more people patronized Bell's establishment. Col. Bell's hospitality was famed, and was one of the reasons for the tavern's fame. A saloon and store were built nearby, but the tavern remained the main draw. Indeed, the historical marker states that it was “Famed in U.S. and Europe for elite patrons, cuisine and magic peach and honey brandy for ‘Joy before the journey’s end.’"

When Col. Bell died in January 1853, his son's widow, Maria Proctor, continued to run the tavern until it burned in late 1859 or early 1860. Col. Bell's son, had died in 1845, and in November 1853, she married local businessman George Proctor. Maria Proctor, her husband, and her son William F. Bell wanted to rebuild it, to make it bigger and stronger, to construct it from stone. It would be 105 long and 60 feet wide. Construction had started when the Civil War broke out; construction was never resumed afterwards. Maria Proctor herself died in 1865, near the end of the Civil War.