Designed by renowned architect Victor Hornbein in 1953 as Aurora’s first dedicated public library, the building is an excellent example of Usonian architecture. Influenced by traditional Japanese design and developed by Frank Lloyd Wright in the 1930s, Usonian architecture features open interior spaces and natural finishes. The Hornbein Building, with its unique architecture, served the community for fifty-two years. 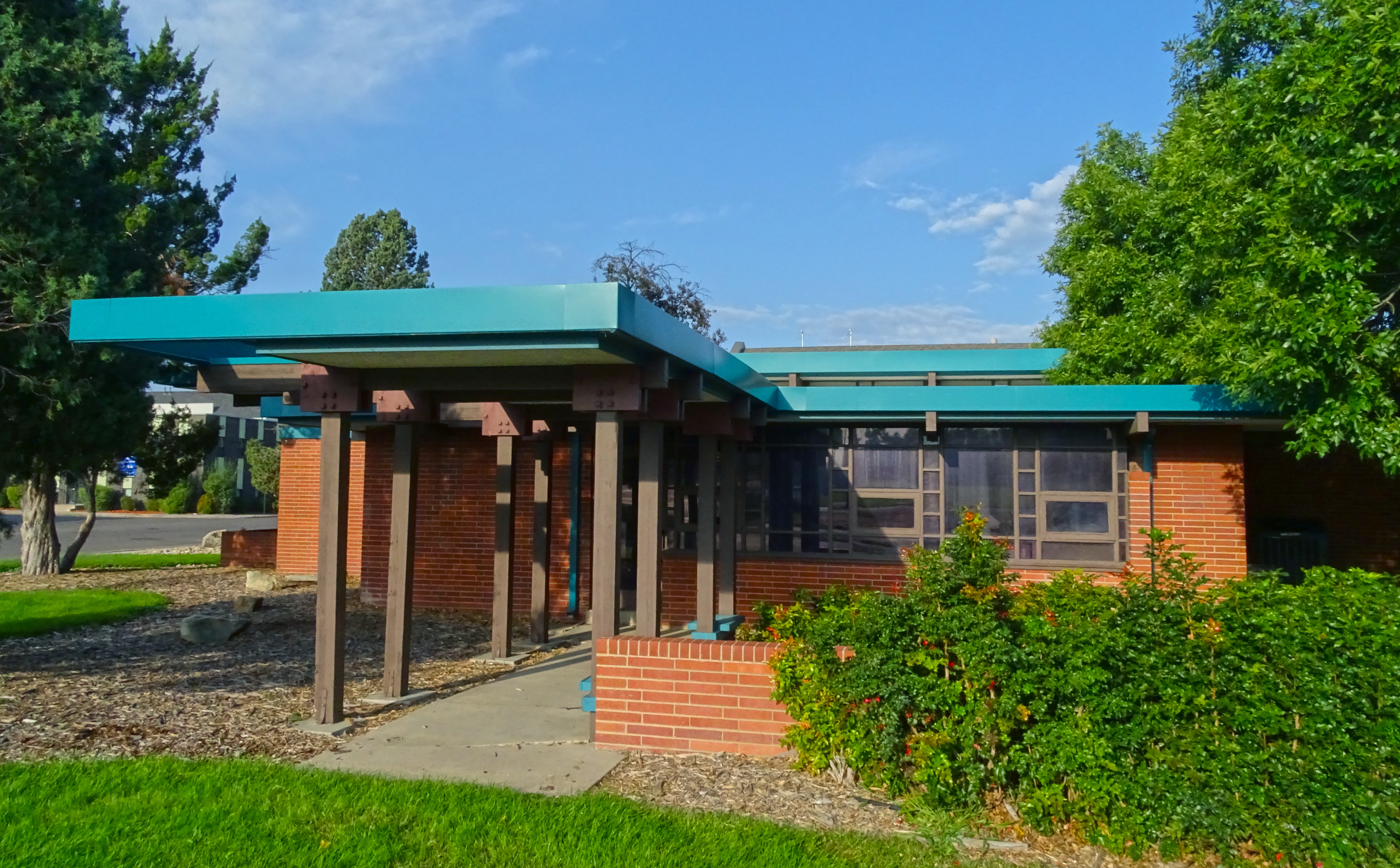 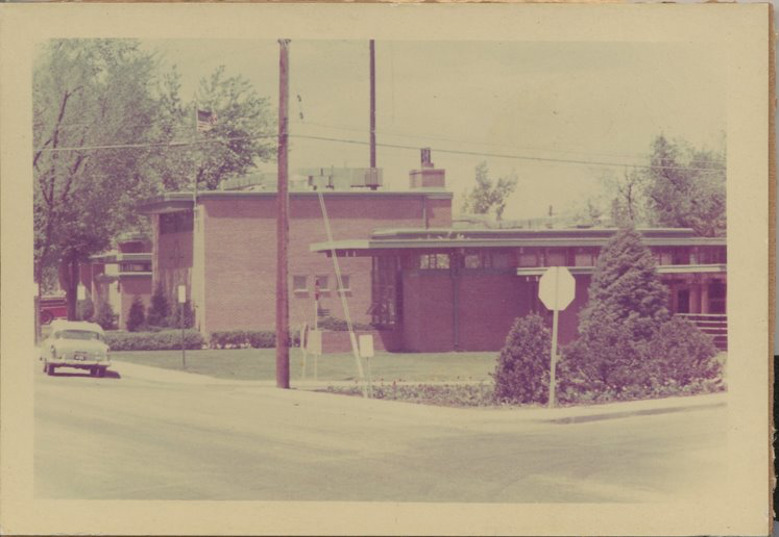 The lengthy career of Victor Hornbein (1940-1992) included the design and construction of thirty-six homes and eighty public or private buildings. Born in Denver, Victor attended East High School and the Beaux-Arts Institute of Design, Atelier Denver. Heavily influenced by Frank Lloyd Wright, Hornbein began designing homes and public buildings in Wright’s Usonian style after returning from the Second World War, most notably the Fredrick R. Ross Branch Library in Denver, which is a sister to the Hornbein Building in Aurora.

His career and notoriety continued to grow, and in 1960 he joined forces with architect Richard White. The two designed the Denver Botanical Gardens, which is listed on the National Register of Historic Places. He was elected a Fellow of the American Institute of Architects (AIA), becoming president of the Colorado Chapter in 1971. He was awarded the Western Mountain Region AIA Silver medal in 1981, and after his death in 1995, his design of the Frederick R. Ross Branch Library was awarded the AIA’s 25- Year Award.

In the economic boom that followed the Second World War, city officials frantically sought to keep pace with the growing population. Along with water and waste projects, city planners proposed a new civic center that incorporated a fire station, city hall, library, and medical center. In 1954, the Hornbein Building opened as Aurora’s first dedicated library. It served as the main branch of the Aurora Public Library for the next ten years, being replaced by the North Branch Library – Hoffman Heights in 1964. No longer in use as a library, the building housed offices for both the Parks and Police Departments for the next fifteen years. As Aurora’s population continued to expand, the Hornbein Building was again called into Library service in 1979, as the Northwest Reading Center. Rededicated as the Martin Luther King Jr, Reading Center in 1988, the building remained a central part of Original Aurora until it closed in 2003.

In February of 1929, the Aurora Women’s Club opened the first library at the home of Sara Wood on 1516 Dallas Street. The brand-new institution had a collection of 3,100 books, a library table, a rocking chair, and two bookcases. The humble condition of the library served Aurora through the Great Depression. In the 1940s, the military buildup around Aurora brought in an influx of people to the small town, overwhelming the little house. In 1944 the library brought the entire property at 1516 Dallas Street, utilizing the whole house. Yet, community needs were not being met.

The increasing population of the community kept Aurora Public Library on its toes for the remainder of the 20th century. In 1954, the first dedicated library (Hornbein Building) opened at 9901 E. 16th Avenue. Within ten years, the 16th Avenue location reached capacity, as Librarian Mary Brown recounted, “All available space has been filled with book stacks, there were books in the windows and on the floor.”(1) In 1963, a new library opened at 1298 Peoria Street. Constructed in the height of the Cold War, the new library’s design easily allowed building extensions and featured a radioactive fallout shelter on the first floor. Despite the adaptable design, new “Neighborhood Libraries” were established in the 1970s and 1980s: Mission Viejo (1975), Northwest Reading Center (1979), Southwest Reading Center (1980), and Northeast Reading Center (1983).

In 2000, the public approved a new library to be incorporated in the new municipal center on E. Alameda Parkway. The new structure, designed by Michael Brendle, featured 10,000 square feet of library space with additional conference rooms. Dedicated in 2004 as the Martin Luther King Jr Library continues to serve as the central location in the Aurora Public Library system.