Constructed in 1946, this unique theater features a U.S. Army Quonset hut with an Art Moderne entrance. Designed by architect Charles Strong following the end of the Second World War, the theater fulfilled Aurora’s dream for a local motion picture venue and displayed the community’s connection with the military. Designated Aurora Historic Landmark No. 5 in 1987 for its architectural significance, the building continues to serve the community as a performing arts center. 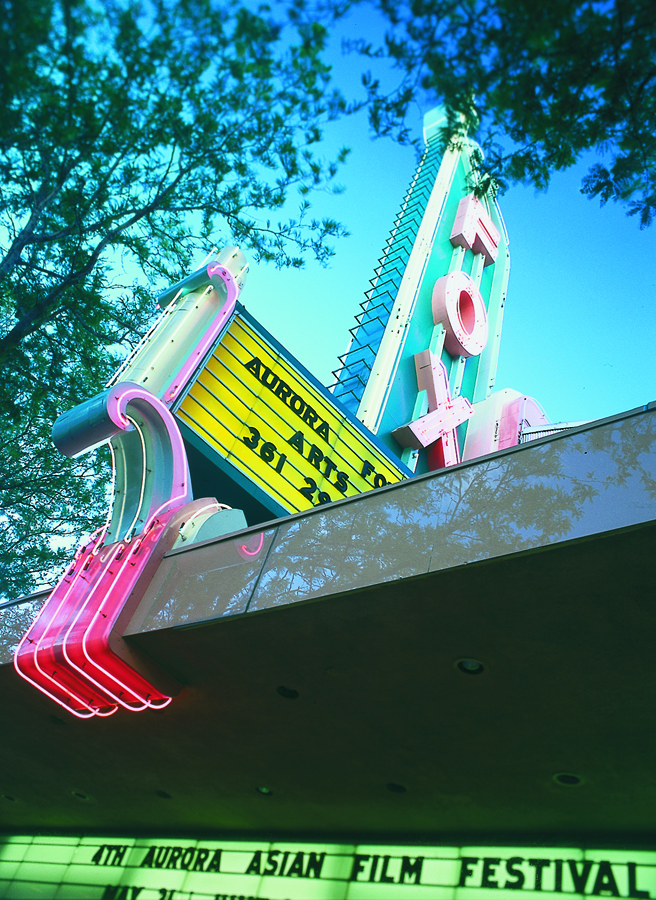 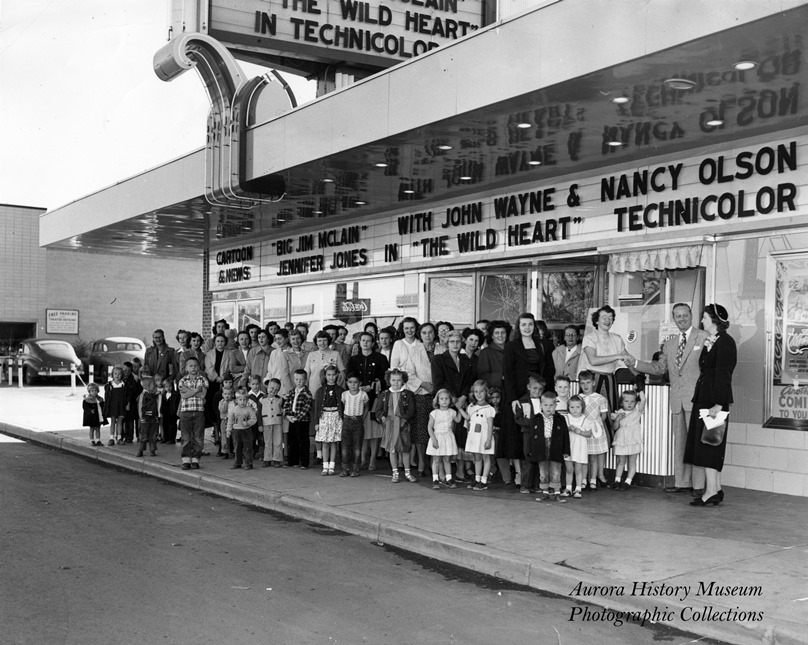 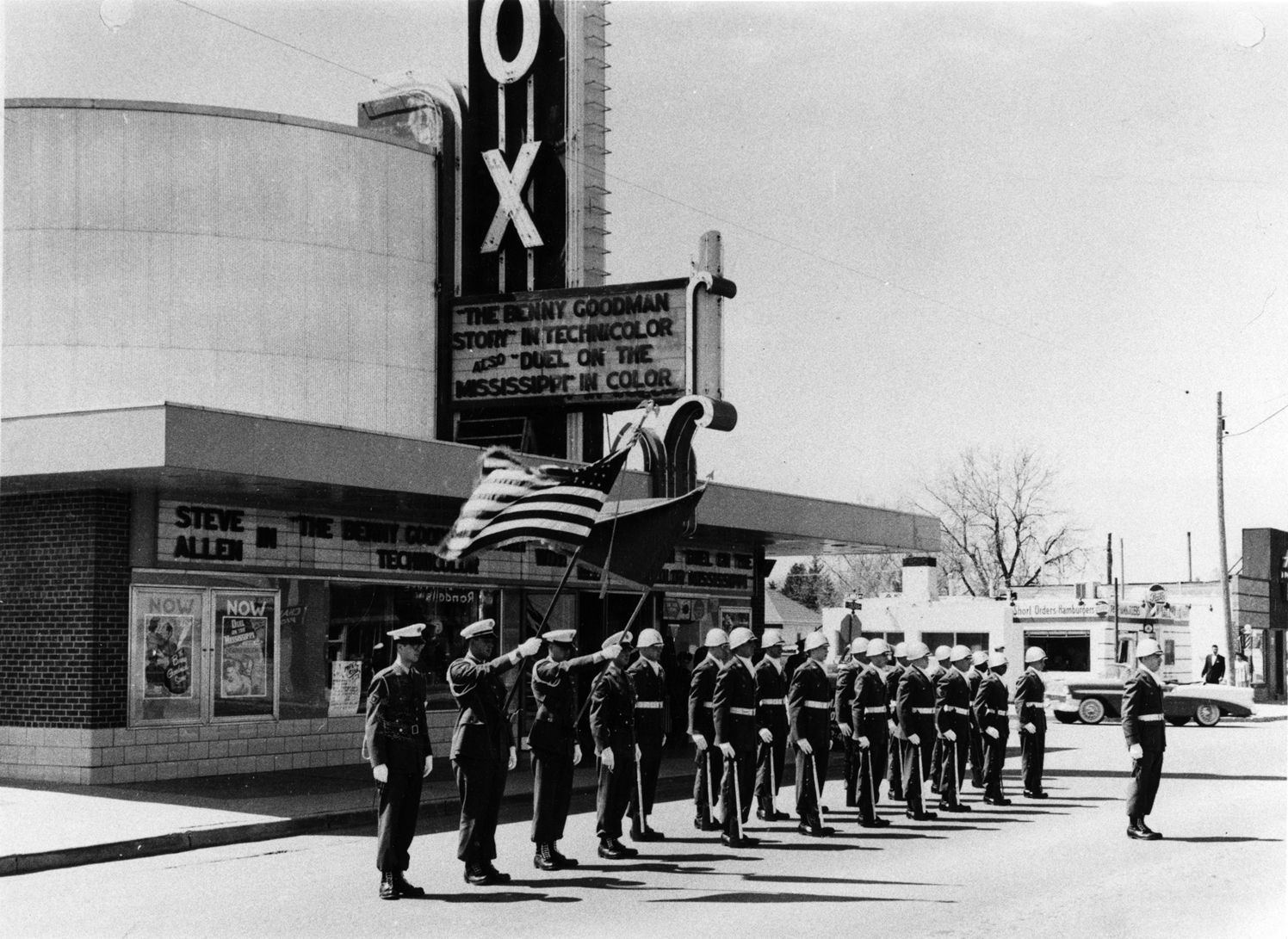 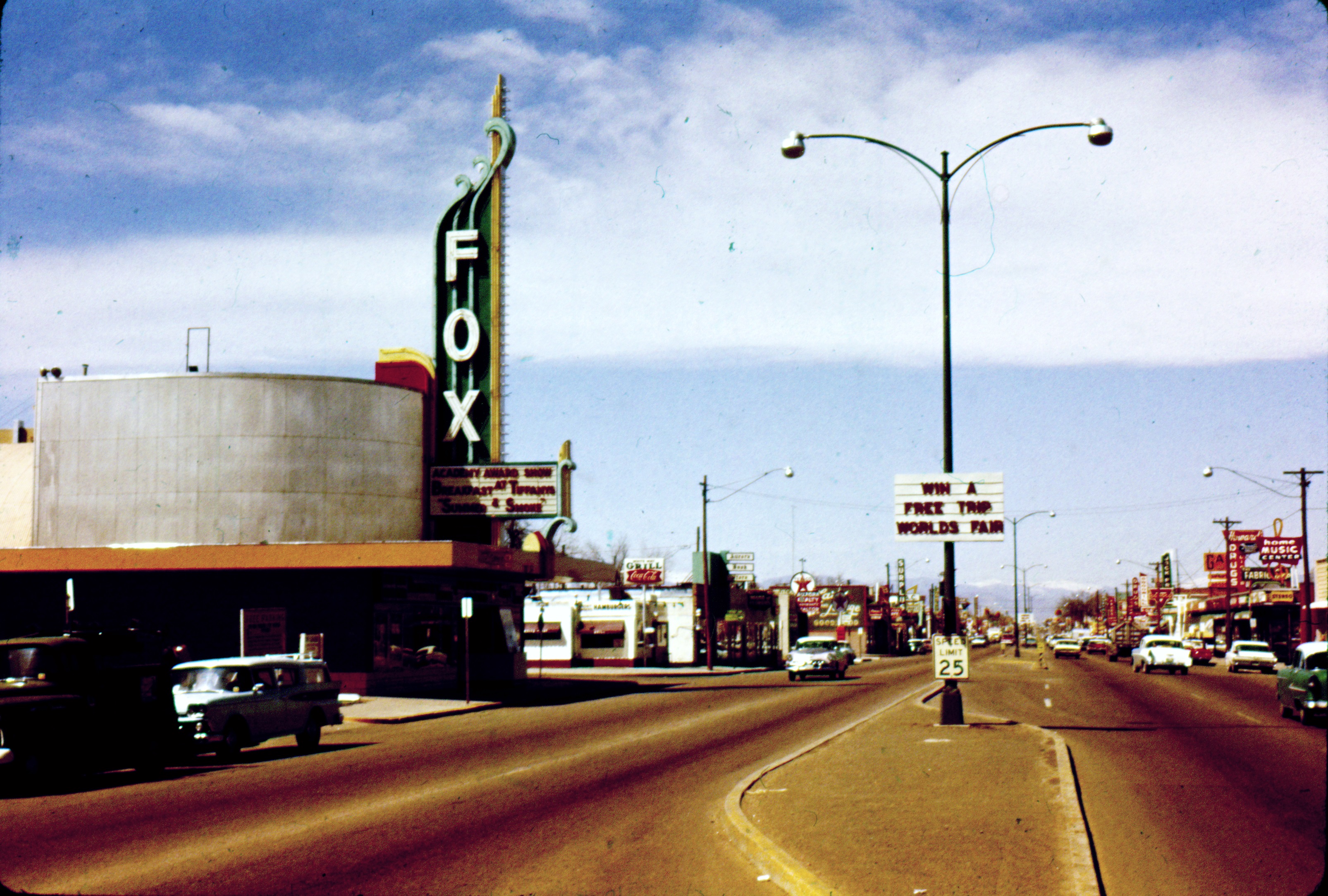 The residents of Aurora wished for a theater of their own. Yet, the priorities of the Great Depression and Second World War made that reality nothing more than a dream. That changed in 1946 when the Fox Inter-Mountain Amusement Corporation announced plans for a movie theater in Aurora. Costing $100,000, the “theater of tomorrow," as it was advertised, combined the futuristic design of Art Modern with the military Quonset hut.

Prefabrication and the Quonset Hut

Prefabricated structures have roots in the mail order catalogues popular in the later 19th and early 20th centuries. By that time, modernist designers, like Frank Lloyd Wright, began to think of prefabrication as a mechanism of affordable housing. Following the United States entry into World War II prefabrication methods were quickly adopted by the military for their low cost and portable nature. As the nation geared up for war, a team of U.S. Navy designers developed a simple, versatile prefabricated structure known as the Quonset hut.  The simple design and prefabricated components required no skilled labor to construct, resulting in some 150,000 Quonset huts being deployed around the world, serving a number of uses. When the conflict ended in 1945, surplus Quonset huts were sold to civilians, finding new homes on ranches, farms, and in residential neighborhoods. Prefabrication became a staple in the post war years, providing homes to returning soldiers and their families in new suburban developments.