This former family residence was also known as Western Hospital. It was one of a number of private hospitals that came and went, many run by charities and specialized as nursing homes or maternities. The Western was somewhat special. For one, it ran for 18 years at this location from 1923 to 1941. For another, it provided a variety of services from tonsillectomies and maternities to the treatment of oilfield workers. Originally built by farm implement dealer H.P. Norton in 1906, it was sold in 1923 to nurses Veda Dyer Seller and Gladys Creeggan. At the time Calgary's major hospitals were the city-owned General and Catholic-run Holy Cross, who were often in fierce competition. It is said that doctors from those hospitals would not even speak to each other. However, they all relied on the Western when their wards were full and the 10 extra beds here were needed. Local historian, Jack Peach, remembered his parents being hospitalized here a few times and recalls that “those small rooms were shiny and cheerful, the meals tasty, the service personal and the medical services top-notch.” When the hospital closed in 1941 it went back to being a single-family home it then passed through a number of hands until, in 1965, it was converted to apartments. The Queen Anne style of the home is similar to many of its time, solid wood frame construction with the turret being its distinguishing feature. It's true historic value though lies in its use to treat the sick at times when others could not. 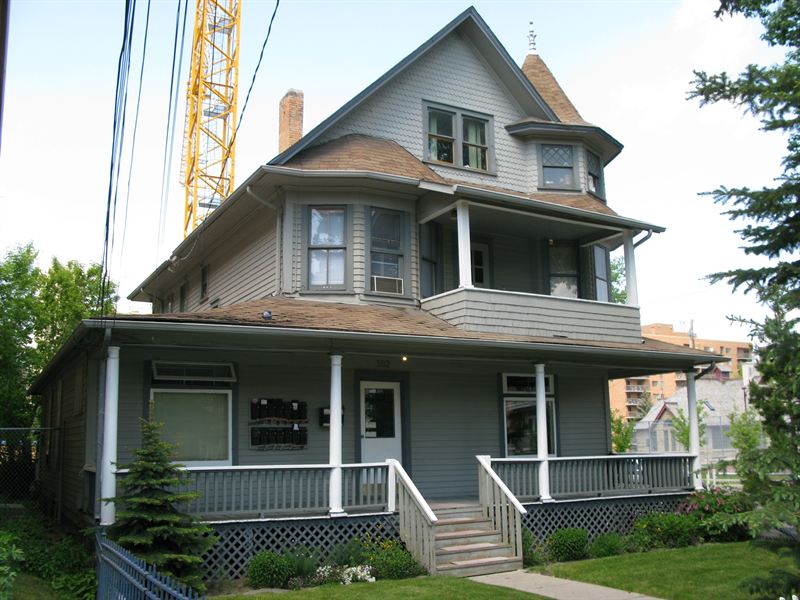 Eastern View of the Western Hospital, on the Corner of 2nd street and 14 avenue SW 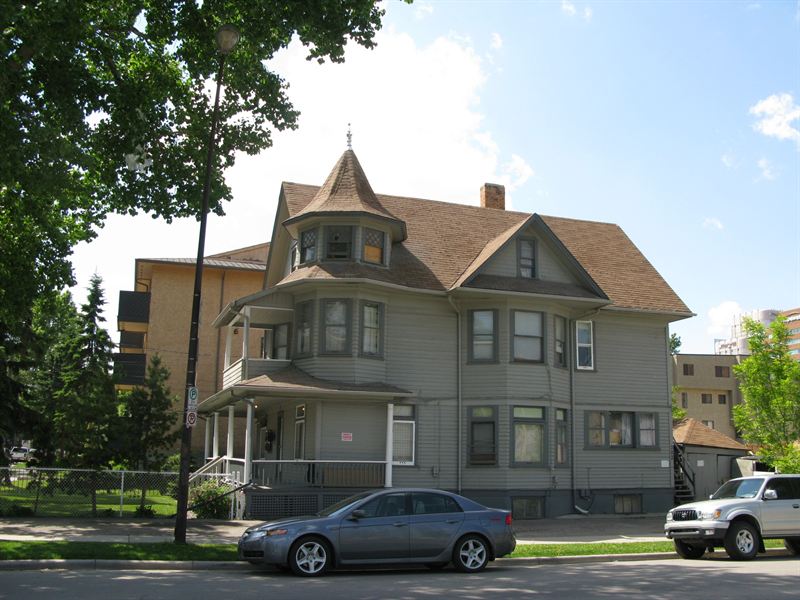