Constructed in 1891 as part of speculative neighborhood East of Denver, the Milliken House hosted the first Town Trustee (City Council) meeting for the Town of Fletcher, later renamed Aurora. The Milliken House obtained Local Historic Landmark status in 1987 for its role in the establishment of local government and association with Mayor Milliken. 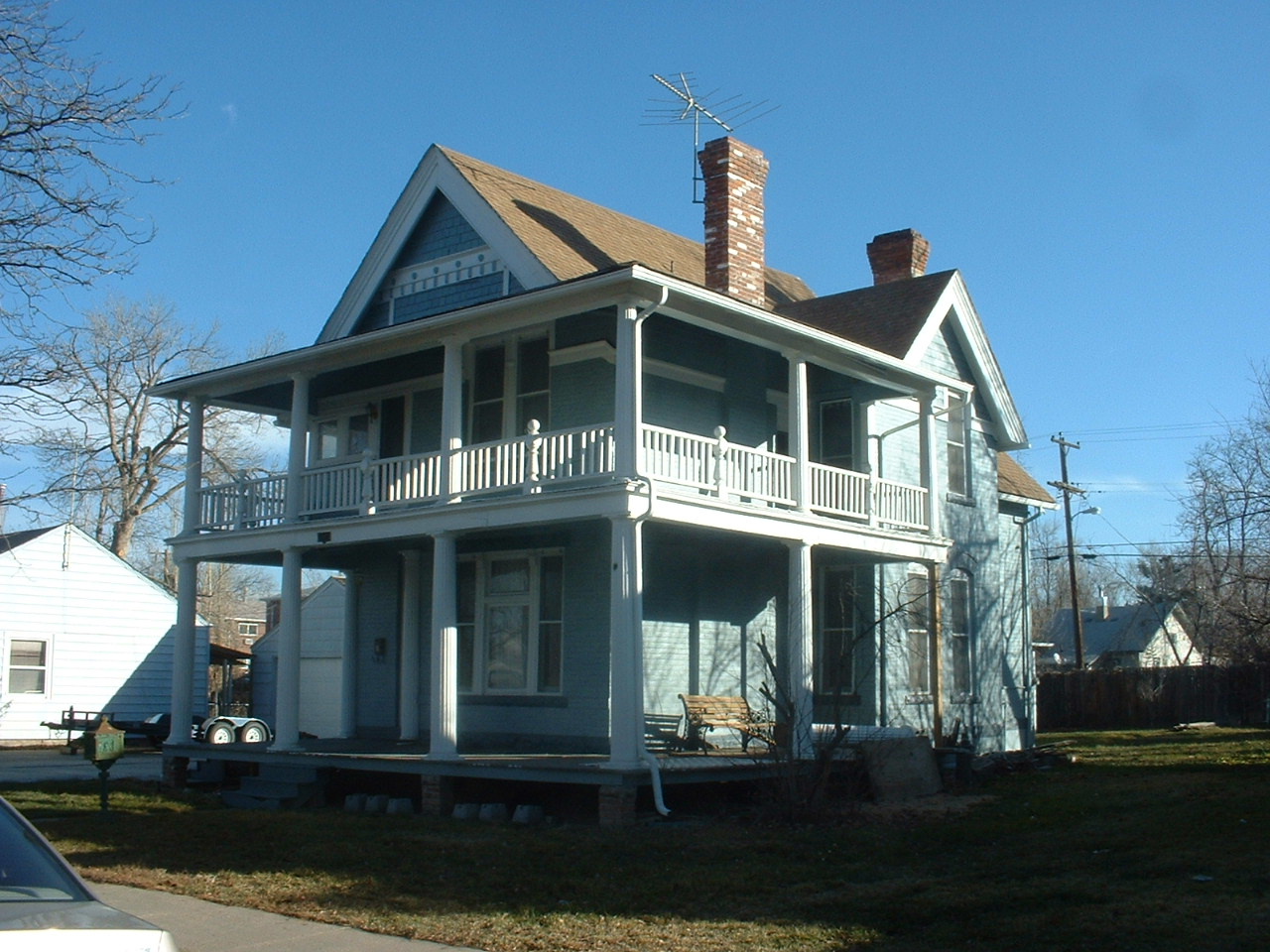 The Milliken House was constructed in 1891 as part of the original development initiated by the Colfax Trust Company. After completion, the home hosted the first meeting of the Trustees of the Town of Fletcher which took place on May 27, 1891. At the first meeting, the town Treasurer, Recorder, and Secretary were elected. Trustees also elected to hire a Mr. Denison to draft ordinances for the new municipality and appointed Mayor Milliken a committee of one to establish meeting procedures. The Milliken residence continued to operate as the center of city government until the Fletcher School House opened in 1893, taking over city government meetings.

The use of the name in the United States is misleading. The English version of a Queen Anne featured late Medieval influences from the Jacobean and Elizabethan periods. The only American Queen Anne’s that resemble their English forbearers, are the half-timbered and patterned masonry sub-types. After the introduction of the Queen Anne in America around 1874, the style found little popularity among architects. However, pattern books, which allowed an individual to order Queen Anne plans, found success as the railroad network made nation-wide shipping possible. American interpretations of the English style known as Spindlework and Free Classic found popularity in developing communities of the Western United States into the early 20th century.