Listen to a narration of this entry's description by Lougheed House National & Provincial Historic Site User.

This is Nellie McClung's house. It is far better known for its most famous resident than its architecture. Nellie McClung was a pioneer among feminists, and she was a key player in the fight for women to be allowed to vote, as well as to be appointed to the Canadian Senate. She was one of the Famous Five which included Henrietta Muir Edwards, Louise McKinney, Irene Parlby, and Emily Murph. Their struggle hinged on the right of women to be recognized as persons. McClung was born in Ontario in 1873 before moving to Winnipeg, Edmonton, and finally to Calgary in 1923 when she was 50 years old. In 1916, Manitoba became the first province to allow women to vote, largely through McClung's efforts. From 1921 to 1926 she served as a Liberal member of the Legislative Assembly of Alberta. Then in 1927, she and the Famous Five launched the Persons Case which was won in 1929. That cleared the way for women to enter politics in Canada and identified Canada as a leader in women's rights around the world. McClung lived with her husband Robert for 10 years in this house from 1923 to 1933. It was here that she wrote novels, baked, and held secret political meetings disguised as tea parties. The house is an upscale middle-class home built in 1907. The steep gabled roof and decorative wood trim, known as tutor half-timbering, identified it as an adaptation of the Queen Anne style. Inside the dark stained woodwork is still intact, as is the central staircase, art nouveau lamps, and arts and crafts fireplaces. The home was declared a Provincial Historical Resource in 1978. A well-known statue of Nellie McClung with the Famous Five now stands at Olympic Plaza across from City Hall. 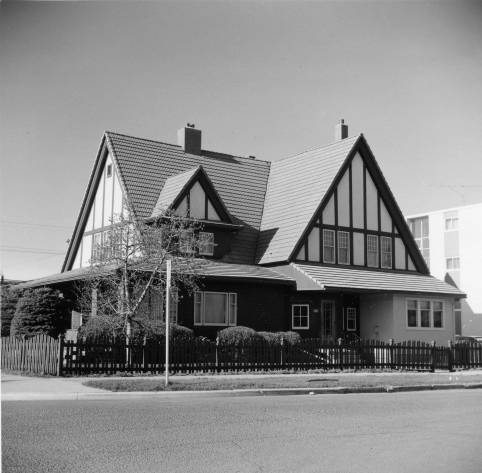