The West Boulevard Allotment subdivision was a carefully planned neighborhood within Cleveland’s Parks and Boulevards system, an ambitious scheme to connect Cleveland’s parks with wide, spacious boulevards and parkways. West Boulevard begins as an entrance to Edgewater Park; it was supposed to connect to Brookside Park in the south, but that plan was not ultimately realized. However, the numerous mature trees, far setbacks and high standard of architecture on West Boulevard are living testaments to this important era of city planning in American history. Most of the homes were built in a construction boom between 1910-1920. People driving up and down the boulevard are still greeted by a pleasant rhythm of gable roofs, generous porches, and green lawns. Since 2000, this section of West Boulevard has enjoyed the distinction of being part of the Clifton & West Boulevard Historic District. 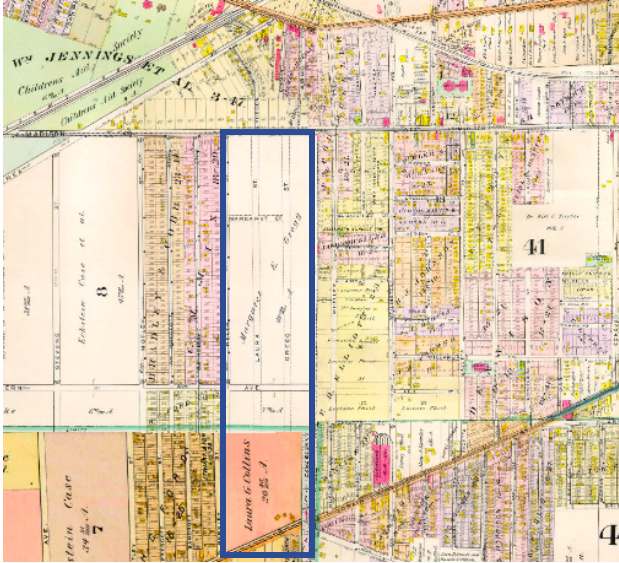 Cleveland Parks and Boulevards Plan 1890-1910. The West Boulevard Allotment is highlighted. West Boulevard as a whole is much longer than this one subdivision. In the north, it stretches to Edgewater Park, and it was supposed to stretch to Brookside Park in the south. The southern connection was stalled because an industrial complex was in the path of the boulevard. 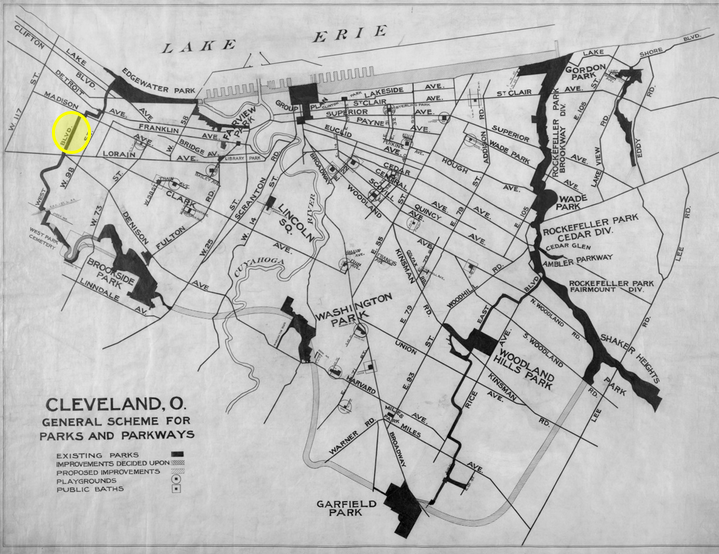 1907 Advertisement for Plots in the West Boulevard Allotment. This ad personifies the subdivision as a Ben-Hur figure who triumphantly leaves two other charioteers-- labeled "Landlord"-- in the dust. These advertisements appealed to first-time homeowners, who wanted the freedom and financial stability homeownership promises. 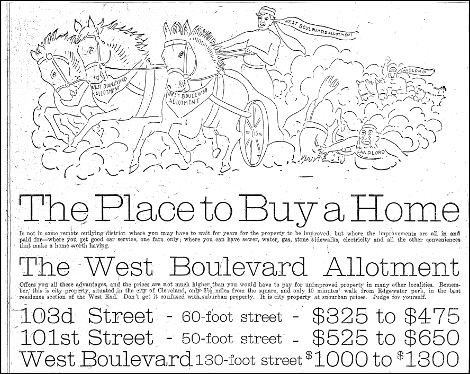 2159 West Blvd. Queen Anne Style house built in 1911 and designed by prominent Cleveland architect, George Grieble. The original owner/occupants were Dilworth M. Taylor, a civil engineer for the railroad, his wife-- Blanche, and their five children. 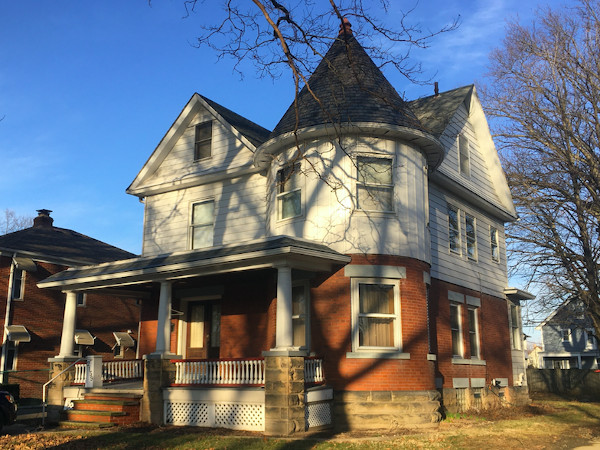 3122 West Blvd. This Colonial Revival Style house was built in 1911 and designed by prominent Cleveland architect, William Hirsch. The original owner/occupants were Fred J. Dambach, a manager at a provision company, his wife—Eva, and their three children. 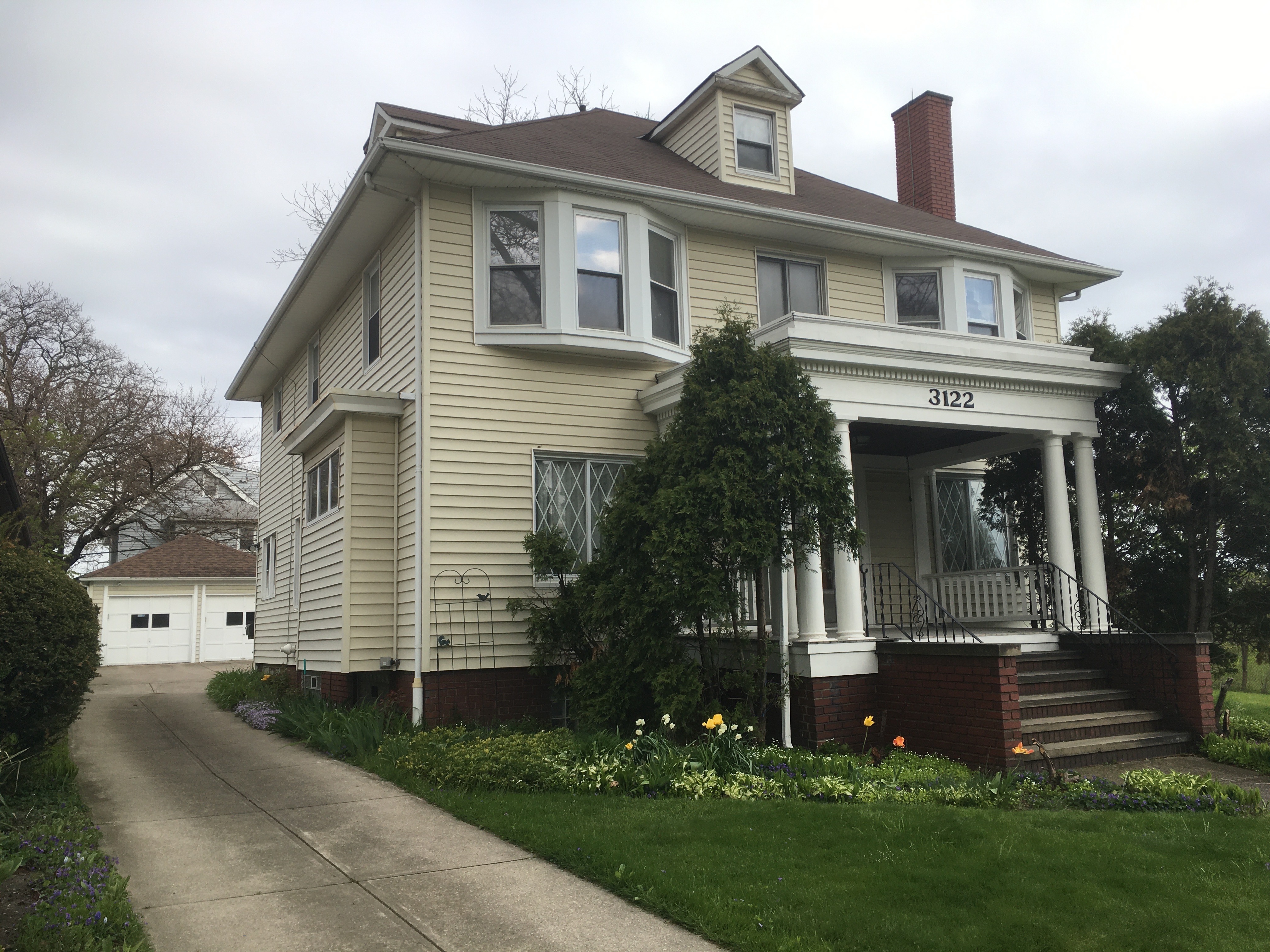 2073 West Blvd. Built in 1908, this is the oldest extant house built on West Boulevard. It's one of many large duplexes on the street. 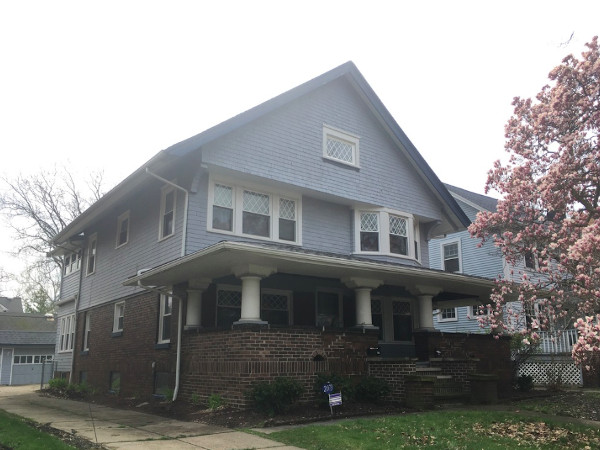 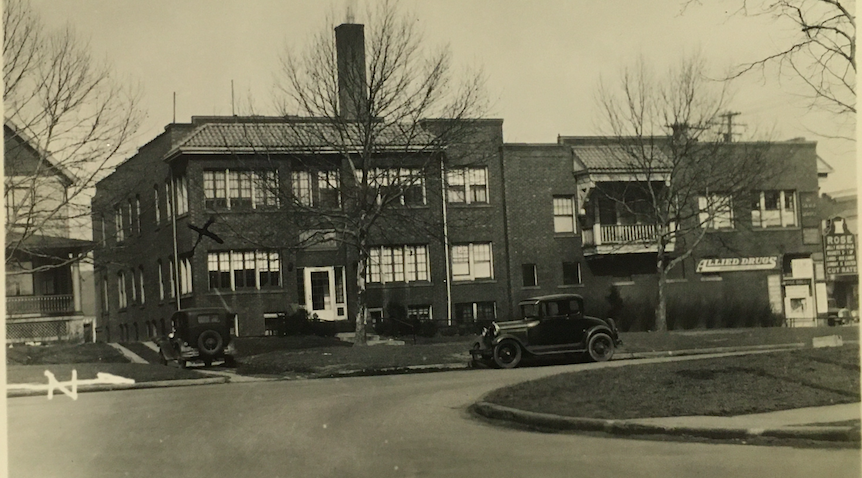 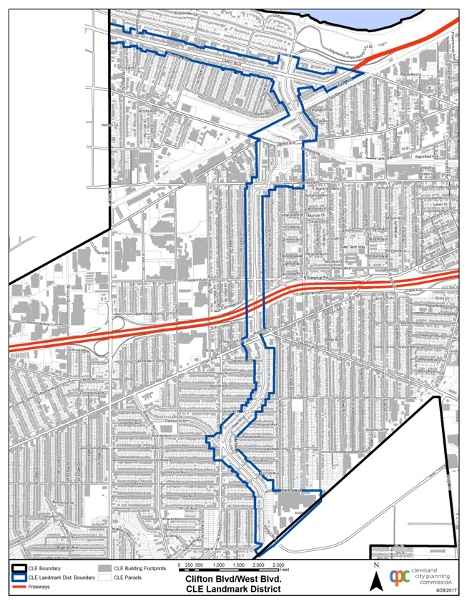 The West Boulevard Allotment stretched from Madison Avenue to Lorain Avenue and included the houses on W 101th Street. to the east and the houses on the east side of W 103rd Street. The land for the West Boulevard Allotment (appx 80 acres). was originally part of Brooklyn Township, which was annexed to Cleveland in 1873. Prominent Clevelander Leonard Case Sr. (1786-1864) and later his son, Leonard Case Jr. (1820-1880) owned the land. By 1898, the plots had been divided between Margaret E. Gregg and Laura G. Collins, both relatives of the Case family. Two parallel streets—Laura St. and Gregg St.— ran north to south across the plots, roughly marking where West Boulevard and West 101st Street. would be constructed. The area around these plots was subdivided in the 19th-century, while the Gregg and Collins plots remained empty fields.

This open real estate became a natural target for development in Cleveland’s City Beautiful (1893-1930) planning initiatives, especially the Parks & Boulevards System. Like many U.S. cities, Cleveland wanted to rectify urban over-crowding and dirtiness. The City Beautiful Movement (which occurred across America) encouraged city planners to invest in architecture that was both practical and beautiful and to incorporate green space in urban centers. Cleveland’s Park & Boulevards System follows the tradition of Frederick Law Olmsted (1822–1903), the father of American landscape architecture. Olmsted designed New York City’s Central Park. He believed green passageways should connect parks around a city.

Cleveland formed its own Board of Park Commissioners in 1871. By 1896 the city had assembled 1,200 acres of land to be used for the park system. In 1871, the Board adopted a plan that followed the Olmstedian tradition. The Board allocated money and land to create parks on the outskirts of the city that would be connected by "a broad, smoothly-paved boulevard encircling the city, this with the parks forming a chain of verdure around it."[1] West Boulevard was one of several such thoroughfares that curved around Cleveland.

The plots with the West Boulevard Allotment were released in 1906. The West Madison Realty Company. handled the sales and aggressively advertised the new subdivision as a perfect place for new homeowners who wanted to enjoy the beauty of a suburb while remaining in the city. Deed restrictions regulated the construction of the houses. Structures had to maintain 35’ setbacks (some of the widest in Cleveland). All houses had to cost at least $3,000 dollars. The plots sold fast. 78.2% of the extant houses facing the boulevard were built between 1910 and 1920; construction peaked in 1915 when 13.3% (16 houses) were built just that year.

Most of the houses in this survey fall into general stylistic categories that were typical for the time period—Colonial Revival, Craftsman, a few modernist styles, and a few other older styles, including Queen Anne and Renaissance Revivals. Many of the houses follow recognizable plans and types, such the American Foursquare or Bungalow. The houses on the boulevard represent a higher standard of architecture than those within the West Boulevard Allotment but on the surrounding streets. The more expensive boulevard lots often attracted buyers who could afford an architect. At least 21 of the boulevard residences were designed by an known Cleveland architect.

West Boulevard has maintained a fairly consistent physical appearance. There is an even split between single-family and two-family homes, many of them are large duplexes. Several houses have kept their clay tile roofs and original wood shingle or clapboard siding. The greatest change to the neighborhood was the construction of I-90, which falls across the boulevard between Western Avenue and Lorain Avenue. However, West Boulevard appears today much as it did in 1920. The designation of the Clifton & West Boulevard Historic District in 2000 will help to preserve the boulevard for generations to come.

[1] Board of Park Commissioners Annual Report (1894) 12-13, as quoted in: Cleveland Landmarks Commission, The City Beautiful Movement in Cleveland, 5.

In 1926, 2093-95 and 2099-2101 West Blvd were purchased by an unusual homeowner—the United States Coast Guard, who used the houses as residences for Cleveland’s lightkeepers and their families. The lightkeepers resided in these duplexes until the 1950s, when the lighthouses they maintained became more automated. The Coast Guard retained the houses until 1988. In the intervening years, active coast guard personnel and guests to the Ninth Coast Guard District Station in downtown Cleveland stayed in the units. Cleveland is one of the busiest ports on the Great Lakes. The lightkeepers and subsequent coastguard service-people who lived in these houses provided an essential service to the City of Cleveland; they protected Cleveland’s Lake Erie shoreline and ensured the safe transport of goods, the lifeblood of Cleveland’s industry and economy.