Constructed in 1855, the three-story Standard House of Peekskill has served various purposes throughout its existence. Originally used as a hotel and tavern during the height of Peekskill's stove manufacturing days, it eventually succumbed to the decline of the railroad in the 20th century and stood vacant before being restored. Today it serves as a retail store and features offices on the second and third stories. 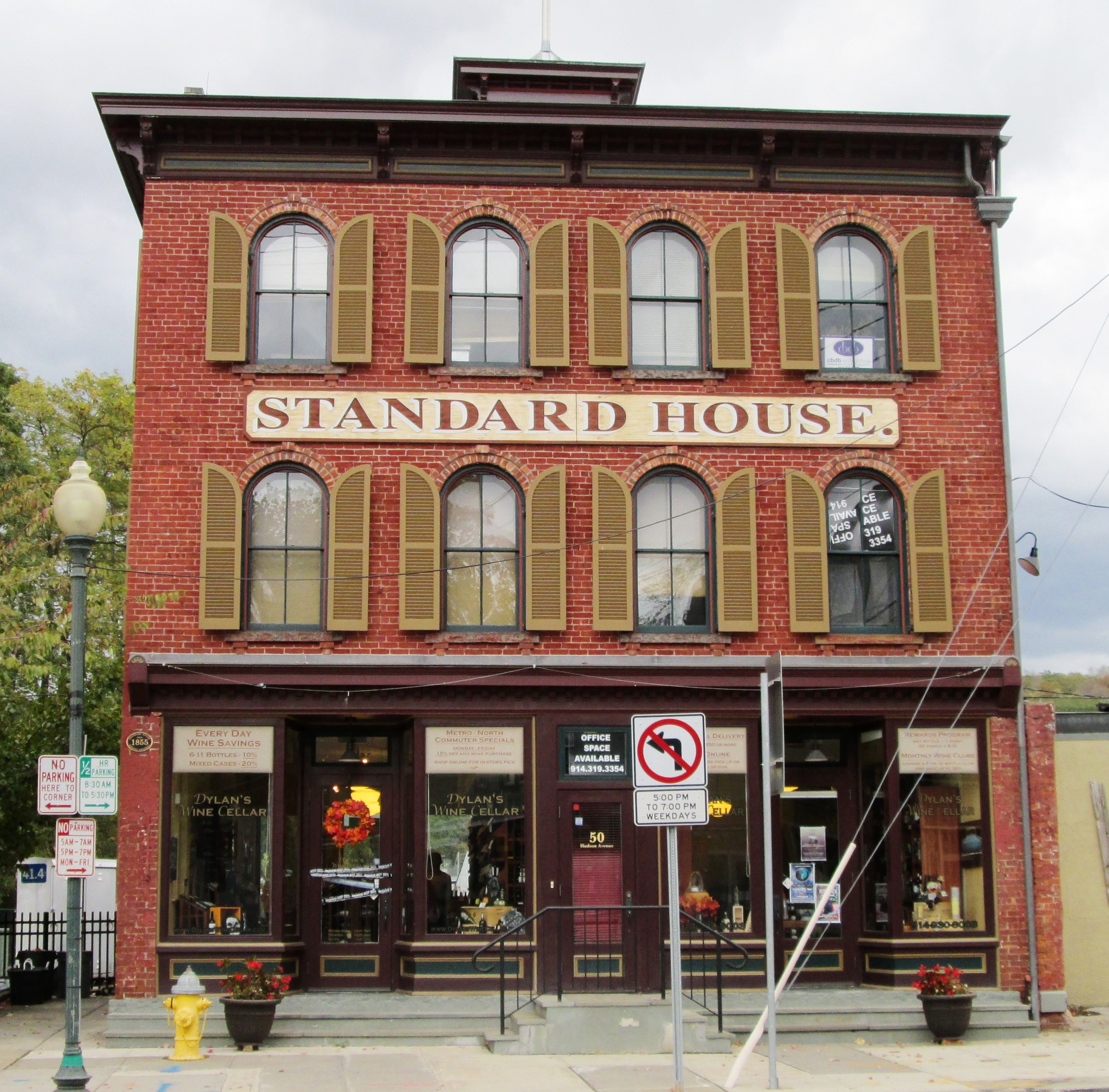 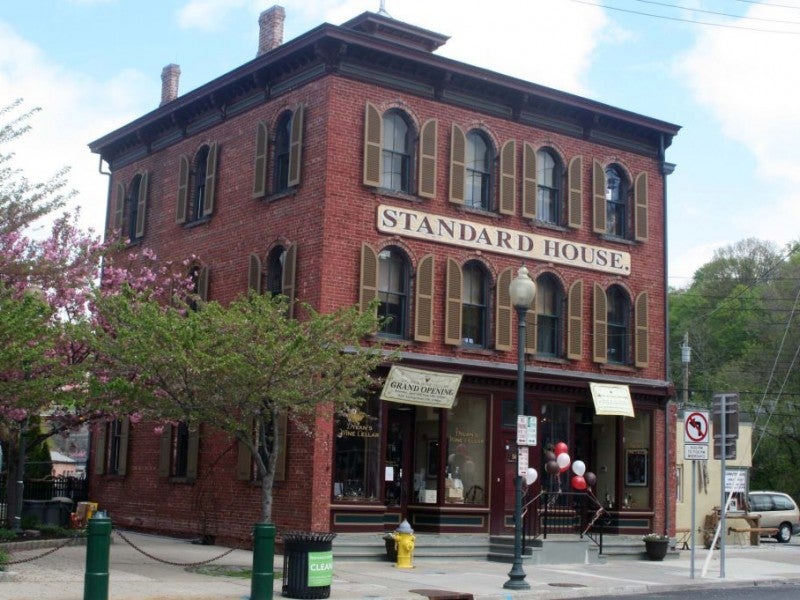 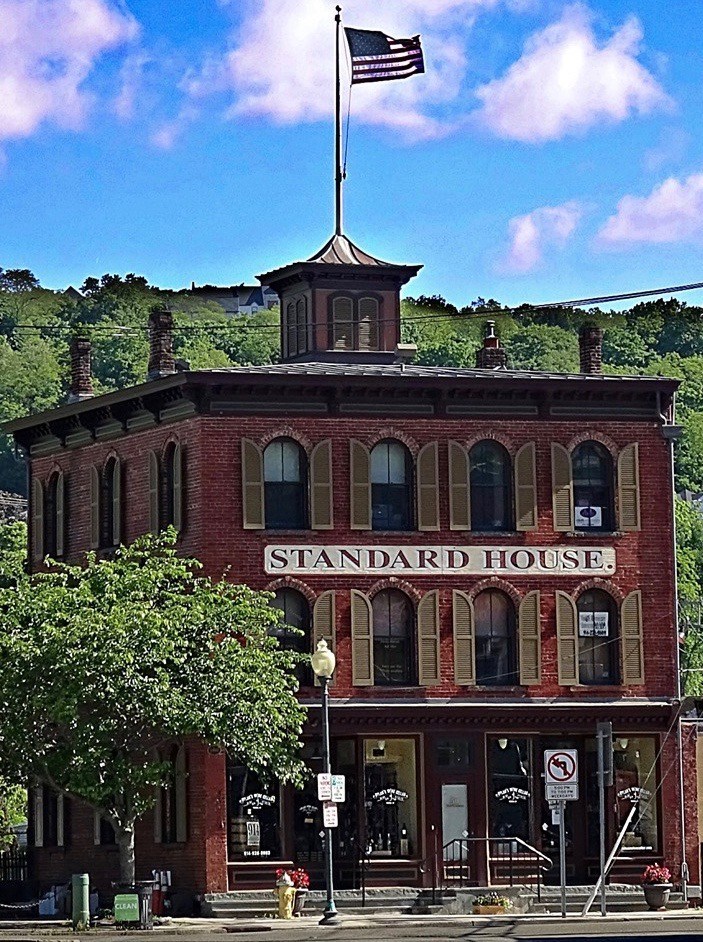 Originally built in 1855, the Standard house is “located at the base of Hudson Avenue and is adjacent to Peekskill’s Riverfront Green Park, which is situated along the Hudson River.”1 T “In the 1850s Peekskill was officially just a village within the town of Cortlandt, but it was well on its way to becoming a city. When the Hudson River Railroad reached the area in 1849, it accelerated the growth of what was already a center for commerce, transportation and manufacturing.”2 I

“Isaac Reynolds must have seen great promise in the small lot he purchased for $525 in 1853…. He covered the entire property with a three-story, multipurpose commercial building, with display windows and open space on the first floor and lodging-house rooms on the two floors above.”3 The design for the building itself was in the common Italianate style, being very symmetrical and featuring a cupola at the center of the roof. Along the roof line are also built-in gutters.

The exterior of the structure is made of red brick and features two brick chimneys which are visible from the interior of the building as well. “The red brick walls are simple in style with the only articulation located around the windows and at the water table. The walls have several layers of paint coatings. The existing masonry window openings have a round brick hood moulding with a brick keystone and drips on each side.”4 Additionally featured at the windows locations are brown wooden shutters, making the exterior visually pleasing.

The main change in the exterior of the building lies at the front end. “The north storefront has been covered with plywood, asphalt shingles, and a one story, non-historic, open shed that was demolished in the spring of 1999. There is an exposed wood lintel over the entire opening. There are three doors located at this elevation.”5 Originally these doors would have led to the saloon on the first floor, which has since been gutted of its historic fabric to serve as a retail store today. In regards to the first floor, “mainly it was used as a saloon, one of several in the neighborhood that served the workers of nearby factories, docks and railroad.”6

“When Prohibition started in 1920, the building was purchased by the Carbone family, who operated it until the 1990s as a restaurant that was first called the Central Grille and later Carbone’s Restaurant.”8 Following this, the structure was renovated again to serve today's purpose as a retail store and offices. The standard house has served many purposes, but fortunately for the community the structure still stands as a glimpse into the town's manufacturing days. The structure was added to the National Register of historic places in 2000.