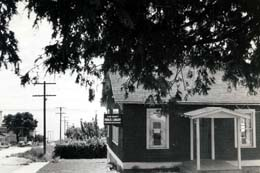 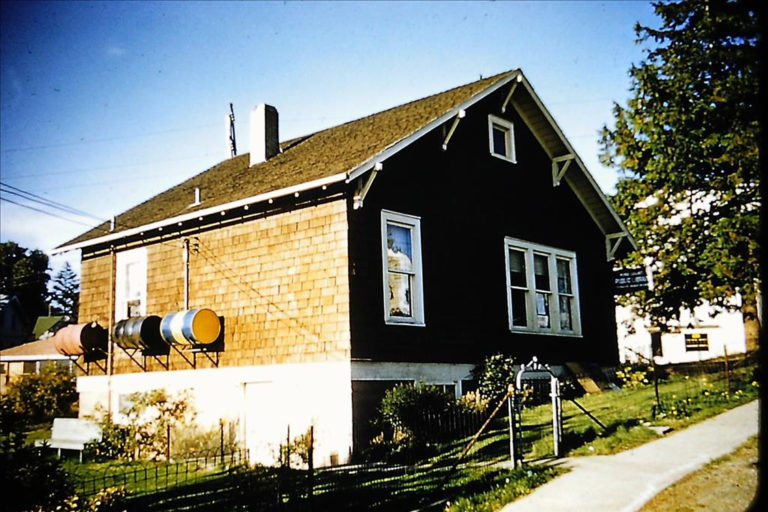 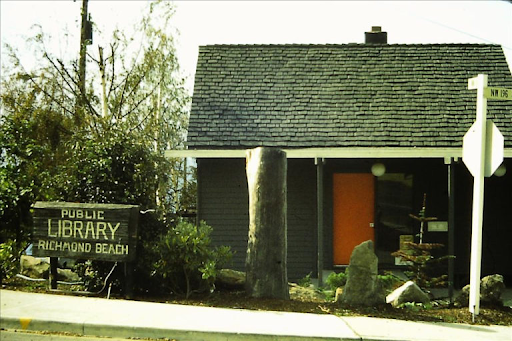 Initially, Richmond Beach was a small, local community with not a lot going for it. In 1889, C.W. Smith bought ninety-eight acres of land on the edge of Shoreline from George Fisher, and established what’s now known as Richmond Beach. The town slowly started to expand. Firstly, the Great Northern Railroad was built to connect to Richmond Beach in 1891. A post office and various homes for settlers were built in 1891 as well. The town was known to be profitable for their award-winning strawberry farms. As Richmond Beach started to grow, so did the culture- a dance hall, two grocery stores, schools, a park and most importantly, a library were established.

The Richmond Beach Library was founded off of humble roots. The Seattle Public Library gifted the citizens of Richmond Beach about 100 books, since they were interested in creating a small lending library to create community. In 1899, the Richmond Beach Library Association was founded by Jessie Cribley to raise funds for the lending library. The library was set up in the lobby of the Holloway Hotel, a hotel originally created for workers on the Great Northern Railroad by the Holloway family. The Holloway family was one of the first families to live in Richmond Beach, and J.T. Holloway’s hotel was immensely useful for expanding the community. Books were stacked on wooden crates, then eventually bookshelves for citizens of Richmond Beach to borrow.

The Richmond Beach Library Association wanted to build a dedicated building for the library. It’d be the perfect place to foster community and for residents to socialize. Funding started in 1908 for a new library to be built on 2404 NW 195th Place, which eventually was completed in 1911. The new Richmond Beach Library opened to the public on April 22nd, 1912 with Marion Foster as the first librarian, who managed everything around the new building. As time went on, the library continued to cultivate culture.

As the Richmond Beach Library became more popular, more organization was needed to help run it. Frequent users of the library formed committees to help Foster run the library, which also made it much more organized, as well as bringing people together. Common fundraisers needed to be held to keep the library running, as they were not getting enough funds through regular business. However, these fundraisers were important to the community, as most of the town showed up to them. These gatherings were extremely important to the culture of the town- it built bonds, as well as the library itself. Since the early 1900’s, the library’s always been an important marker of the community within the small town of Richmond Beach.

Eventually, the building got several remodels. It officially became a part of the King County Library System in 1944. It got several remodels- a cellar and another wing were both added later for more space. The library got regular maintenance to strengthen the longevity of the building. In 1991, Tim Hill, one of the important executives in Richmond Beach, agreed to move the library collection to where the original Richmond Beach school house was, since the old library was running out of space. The new library opened on June 1st, 2001, and still operates in the same place to this day.