Established in August of 1943 by General George Patton, Camp Bouse was a top secret tank training base. Modified tanks that carried “Canal Defense Lights” were tested here. The tanks had 13 million candle power arc lamps and used shutters to open and close rapidly. The intention of the design of the tank was to disorient the enemy with the strobing lights. 5500 soldiers were stationed at the base “including six tank battalions, one armored infantry battalion, an ordinance company and a station hospital”. Not many tanks, if any at all, ever entered the battlefield. In 1945, the base was abandoned. 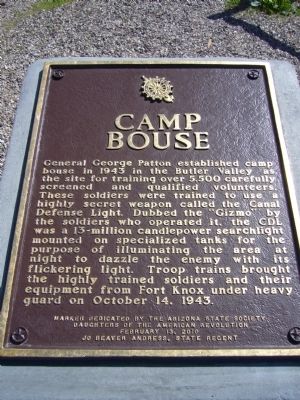 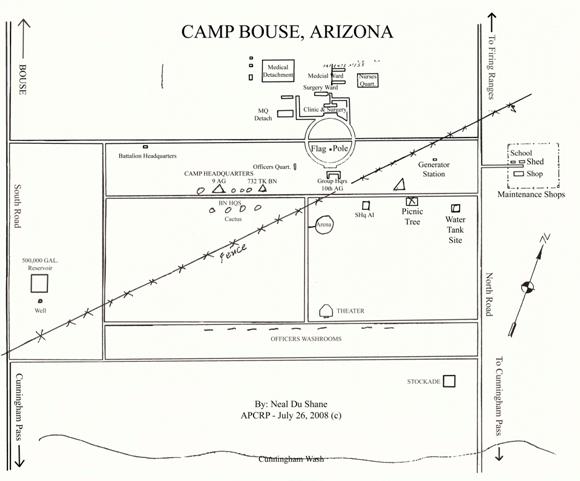 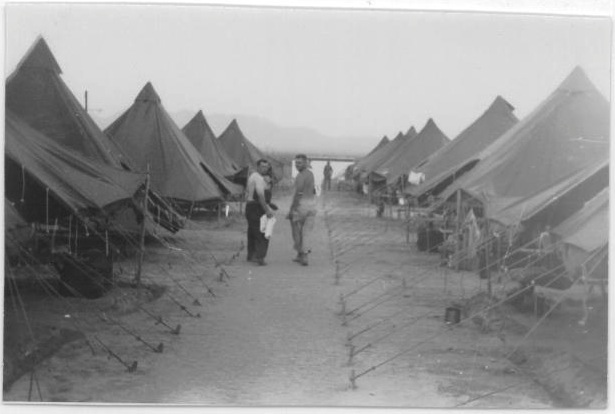 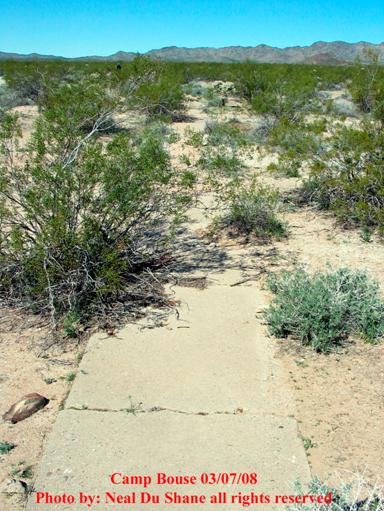 Camp Bouse was established in August of 1943 by General George Patton.  The base was top secret and used to develop and test modified tanks called “Gizmo”.  These tanks had 13 million candle power arc lamps and used shutters to open and close rapidly –six times per second.  The idea was to light up the battlefield and disorient the enemy with the strobing lights, thus not allowing them to focus effectively on the tanks. (1)

Commander Oscar de Thoren of the British Royal Navy was the man who thought up the idea of the C.D.L. tank.  The War Office finally agreed to test Thoren’s theory after he appealed to them three times.  After a basic model was made and tested, it became highly recommended and, seven years later, 300 of these tanks were ordered to be manufactured.  The British showed the invention to the Americans whom were immediately impressed and obtained the technical plans to the C.D.L. tank.  That’s when and why Camp Bouse was created. The C.D.L. tanks ended up not responding well in the field and the plan was scrapped. (3)

What remains of the camp is very little.  There are some stone markers that were left by the units, “a very large concrete reservoir, water well placements, several concrete foundations, [and] sidewalks and rock-lined walkways”.  (3)  A flag still flies at the deserted outpost and some of the roads are still able to be driven on.  There is a “man-made circular depression” that is 150 feet across that may have been used for recreation as a boxing ring for the men stationed at the Camp, as the men had very little to do for “fun” in such a desolate area. (1)

The base was abandoned in 1945.  In 1950, the military returned to clean up the area.  31 tons of scrap were cleared and warning signs were posted in various locations letting visitors know that they were not to do any kind of digging or abuse any stray objects. (1)  The actual historical marker was placed at Camp Bouse in 2010. (2)