This pioneer-era water well was first discovered during a routine sidewalk repair in 1995 and was uncovered, excavated, and evaluated by a state archaeologist in 2012 during the MDOT road reconstruction project on Rochester's Main Street. The well was preserved and covered with glass to allow it to be viewed as a historical artifact of Rochester's past. An interpretive sign, placed near the well by the City of Rochester, explains the well's story. 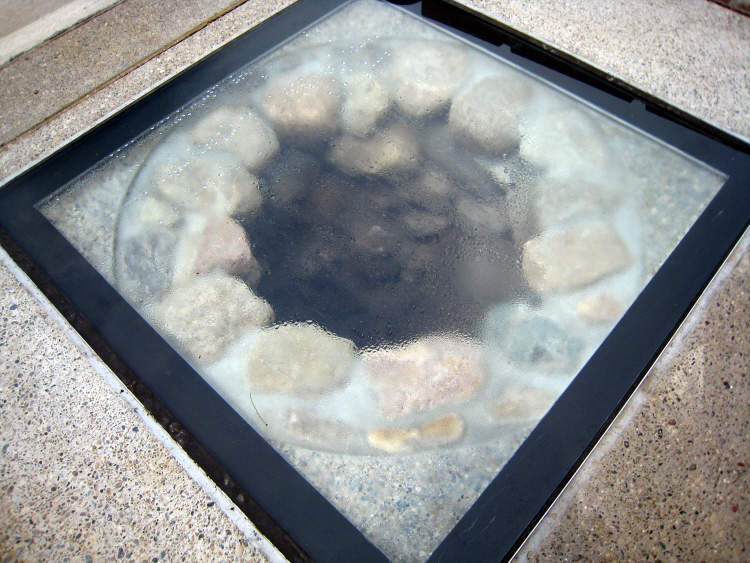 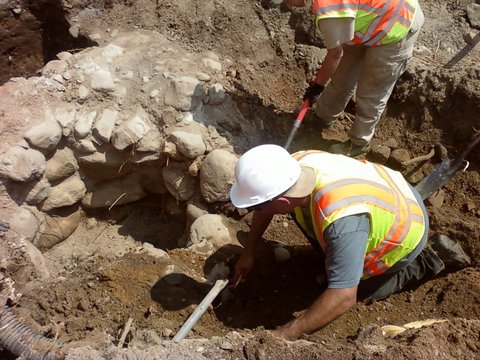 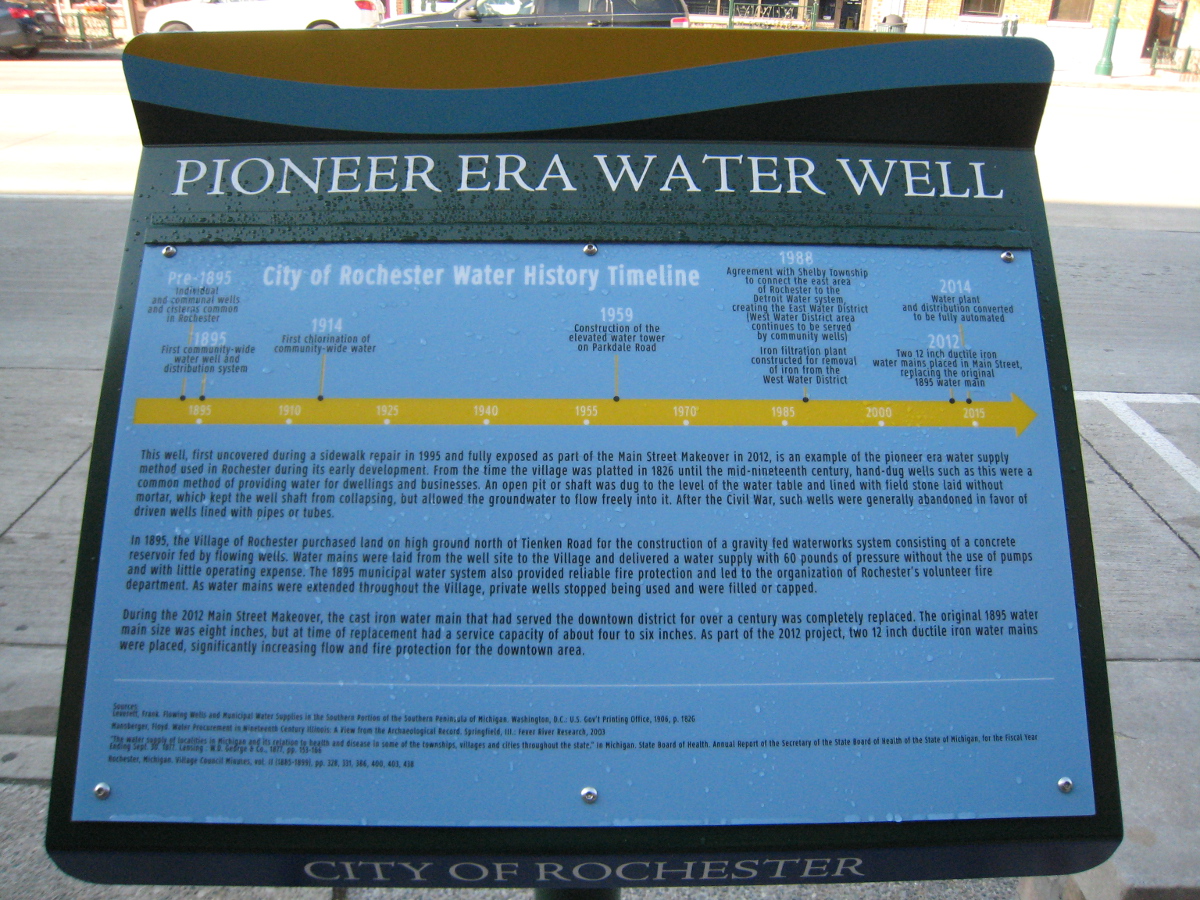 In Rochester's pioneer era, hand-dug water wells such as this one would have been commonplace in the village. Such wells were dug to a depth to penetrate the water table, and then were generally lined with field stone. The stones were not set in mortar so as to allow the water to filter through the stones into the well shaft. The well may have been covered with a wooden trap door or gabled hatch to prevent debris from falling into the water supply. Early cisterns were similar to dug wells, but the reservoirs were lined with with a mortar sometimes referred to as "water lime" to make them watertight. Rainwater was then collected in the cisterns and could be used for washing or firefighting. By the mid-19th century, hand dug wells were being replaced with driven wells, in which a tube or pipe was driven into the ground to line the well shaft.

The village of Rochester established its first municipal water system in 1895. At that time, mains were laid to conduct water from a reservoir and wells located in Section 4 of Avon Township into the occupied sections of the village. This improvement also led to the establishment of a standing volunteer fire department at the same time. As the water mains of the municipal water system extended throughout the village, individual wells and cisterns became obsolete and were filled in as they fell into disuse.

This well lay hidden beneath the sidewalk along Main Street until a city repair crew discovered it in 1995. It was filled and covered again, but was fully excavated and examined by the Michigan State Archaologist's staff during the MDOT reconstruction of Main Street in 2012.