This two-story Victorian Gothic residence with bay window on the east elevation was built in 1878 to serve as the parsonage for the First Congregational Church of Rochester, which stood just to the east at the corner of Third and Walnut streets. The house was used as a parsonage until 1917 when a smaller residence for the pastor was built directly behind the church building. The 1878 parsonage is the design work of noted Detroit architect John Scott, who was the son-in-law of Lysander Woodward of Rochester. 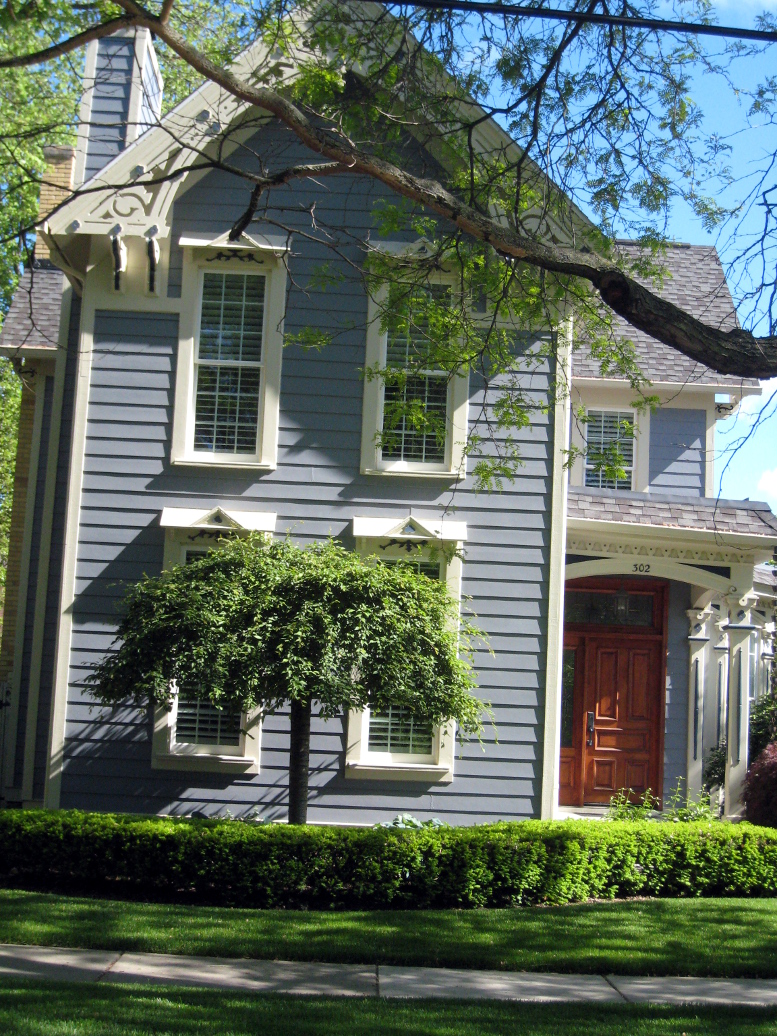 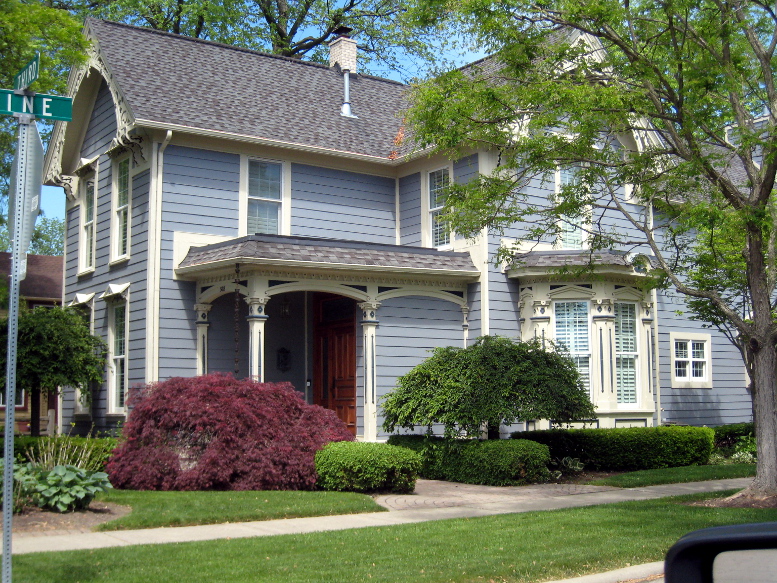 This home was built in the summer of 1878 by the First Congregational Church of Rochester, for use as its parsonage. Ground was broken on April 17, 1878, with members of the congregation participating in a work bee to dig the foundation. Lysander Woodward's son-in-law, noted architect John Scott of Detroit, designed the home, and Miles King of Rochester was the builder. The contracted amount for the construction was $1,100.00, plus $54.00 for a cistern and fence.

The Rochester Era described the new residence this way:

"This parsonage is without exception the finest and most complete model of architectural beauty and elegance to be found in the township of Avon, and reflects abundant credit upon not only its architect, Mr. John Scott of Detroit, a son-in-law of Lysander Woodward, but also upon its builder, Mr. Miles King of this village, who of course was assisted by several first class workmen among whom were Mr. Hammond and Mr. Fenner, resident mechanics. The style of architecture is properly Gothic, although there may be perhaps some deviations from the strict letter of the original in a few of the details. The exterior of the structure is finely ornamental, and in a manner that exhibits much architectural taste and refinement, everything being in strict keeping with the rules governing the style. Some of the designs in the ornamentation are really unique and so skillfully executed as to excite our admiration. The bay-window, for instance, which beautifies the east front of the main structure is a model of its kind, being very elaborately finished and trimmed - not in an 'overdone' manner - but with exquisite taste and neatness, the workmanship harmonizing, as before intimated, with every tracery of the designs."

The new parsonage welcomed the pastor, the Rev. Mr. Brown, in January of 1879, and was used by the church until 1917, when the congregation decided that the house was too large for its purpose and voted to build a new parsonage immediately behind the church. The 1878 parsonage was authorized to be sold into private hands and has remained a private residence ever since. The 1930 census shows the house as the residence of the William J. Pascoe family. In the 1940 census, the Edward J. Ennis family occupied the house.

John Scott was one of Detroit's leading architects in his day. In 1877 he was elected a member of the Western Association of Architects. Mr. Scott was born in Ipswich, England, and emigrated to the U.S. during the 1870s. With a younger brother, Arthur (d.1930) he set up an office in Detroit under the firm name of John Scott & Company, successor to the architecture and engineering firm established earlier by his father, William Scott. Best known examples of the John Scott's executed designs include the old Cadillac Hotel, Wayne County Building, old Receiving Hospital, and many of Detroit's finest homes, as well as industrial and commercial

buildings elsewhere in the state. During the 1920s the Scott brothers moved to new headquarters in the Dime Savings Bank Building and continued practice until 1926 when John retired to spend his remaining years at his home in Rochester. In addition to this house, Scott also designed the Marcus E. Carlton house at 428 East St. in Rochester.