Formally established in 1836, the St. Jerome Parish has grown to become the Catholic center in the region. Known best for hosting the annual Fancy Farm Picnic, St. Jerome has become a campaign stop for Kentucky political candidates and occasional presidential frontrunners. Since the early 20th century, St. Jerome has been a pillar of Catholic education in the community and have built a school complex alongside the church. The church building itself was built in 1893 and is still in use today. The church’s complex also has a cemetery that is still in use today with burials dating back to 1829. In 2014 the St. Jerome Church Complex was added to the National Register of Historic Places. 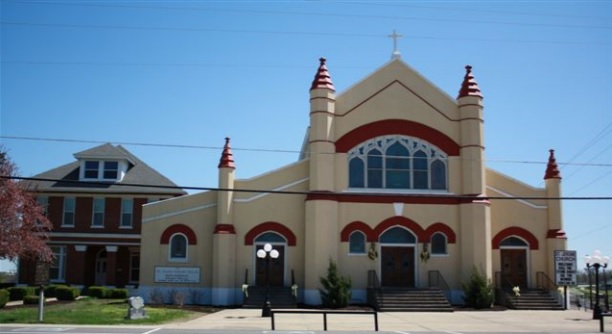 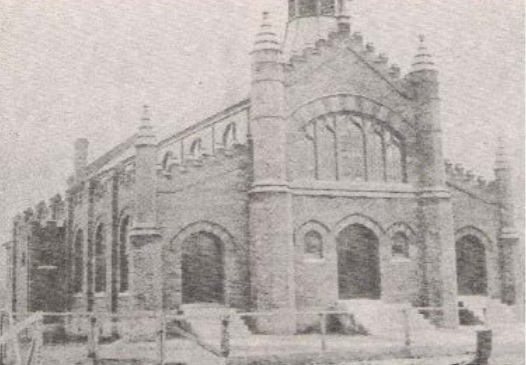 Andy Beshear campaigning for governor at the 2019 Fancy Farm Picnic. 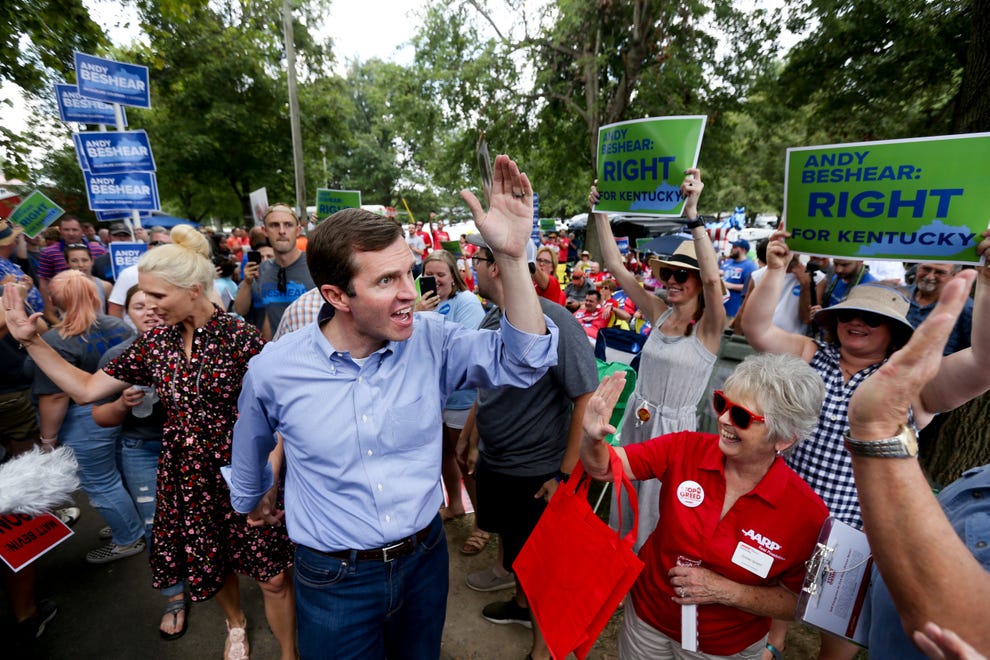 The land in what is now known as Fancy Farm, KY began to be settled by European immigrants and American migrants from 1823 to 1830. During this time a number of Catholic settlers, mostly from Maryland, came to the area and began to form their own religious community. By 1836 the St. Jerome Parish was officially formed and acknowledged by the Catholic Church and had a congregation made of thirty-two families.

During the early years of the parish in the 1830s, the church began to host an annual family reunion picnic. This picnic has become one of the church’s longest lasting traditions and is known as the Fancy Farm Picnic. Hosted every August the picnics have happened every year since they began apart from a break during the Civil War. Because the Fancy Farm Picnic was once held the week before the state’s elections, the picnic has become a stop for local politicians and national candidates. Candidates are able to speak to voters and local newspapers and stations report in detail on the event, making it a major campaign stop. Kentucky congressional and gubernatorial candidates nearly always attend the event and later vice presidents Al Gore and Alban Barkley appeared at the picnic during their national campaign.

The church building itself was constructed in 1893 and is still in use today. Other historic structures in the St. Jerome Church Complex include the rectory (1912), the first St. Jerome School building (1909), and the cemetery which dates its first burial back to 1829, prior to the founding of the parish. The St. Jerome School was begun in 1882 as one of the area’s first Catholic schools. Despite some initial difficulties in their first years, by 1909 enrollment was so high that a separate school building had to be constructed. Up until 1917, boys were unable to be taught by the school’s nuns once they reached high school age meaning that many of the parish’s young men were sent to boarding schools or forced to drop out entirely. A movement among parishioners saw that rule changed and a co-ed high school was developed.

In 1933 the St. Jerome school was in a difficult financial situation and the church allowed the school to become state affiliated to increase funding. For nearly thirty years the curriculum at St. Jerome was still heavily Christian, but in the 1960s pressure from the state led to more layperson staff members and less religious education. In 1968, the Sisters of Charity of Nazareth, who had run the school since it was founded, gave up control and by 1975 there were no longer any nuns serving on the school’s staff.

Today the St. Jerome Church Complex is still active, and the original church building and cemetery are still in use. In 2014, the entire complex was added to the National Register of Historic Places for the parish’s contributions to the region’s Catholic community and state politics. The St. Jerome Parish is still one of the largest and most active in eastern Kentucky.