Constructed during 1931 by African American carpenter,Nathan Thomas Seely, the Skinny House of Mamaroneck serves as an ode to the hard times of the Great Depression. The small plot of land on which the house was donated by a neighbor after losing his home and company. Today the three story home also serves as a living part of history and one of the more unique structures within Westchester County. 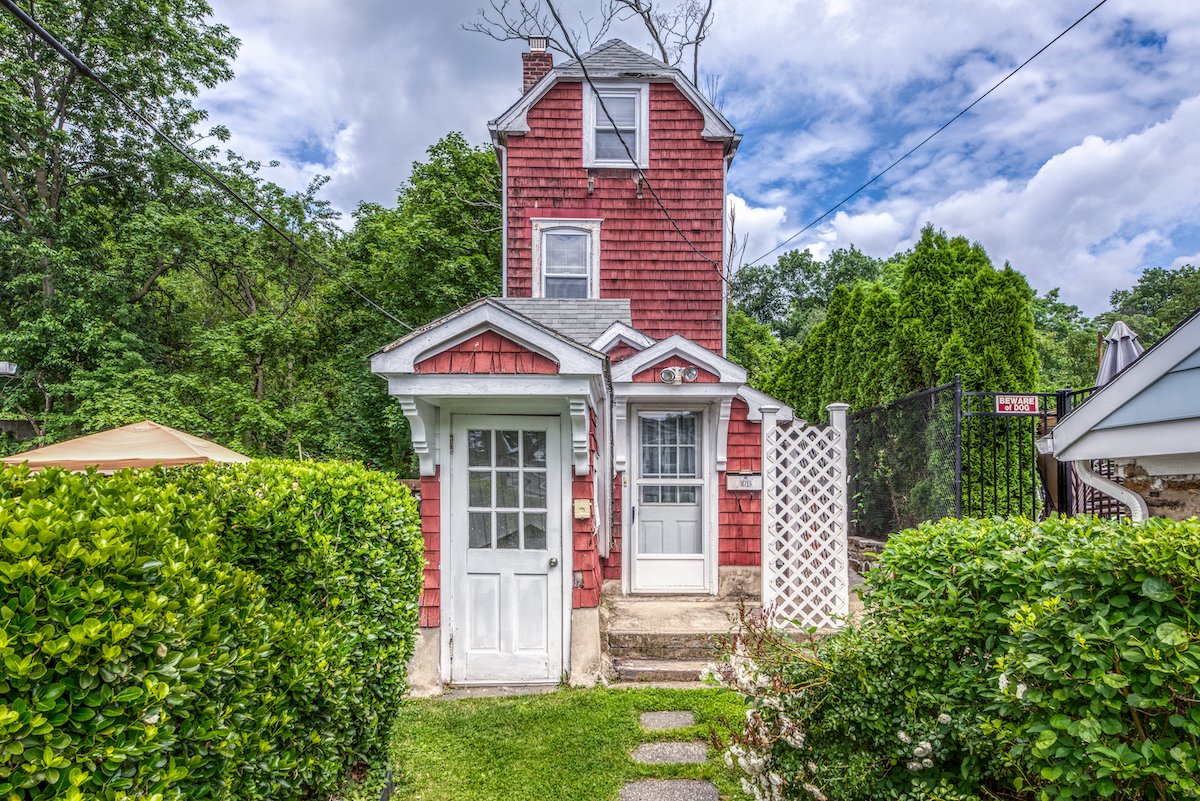 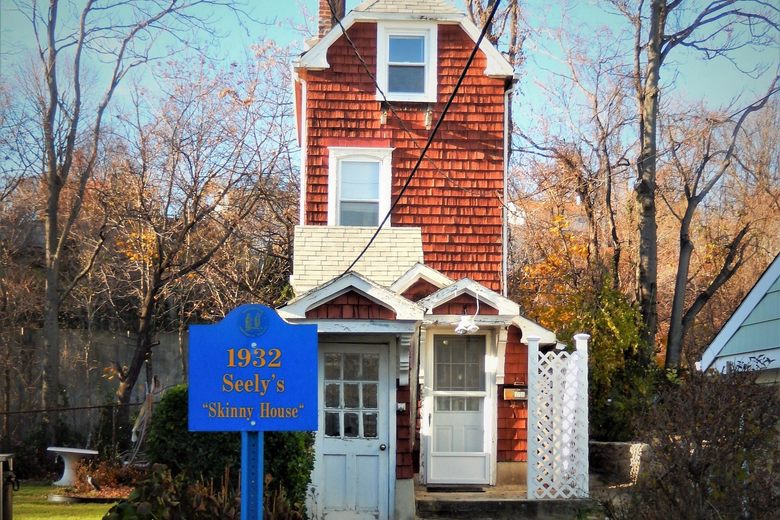 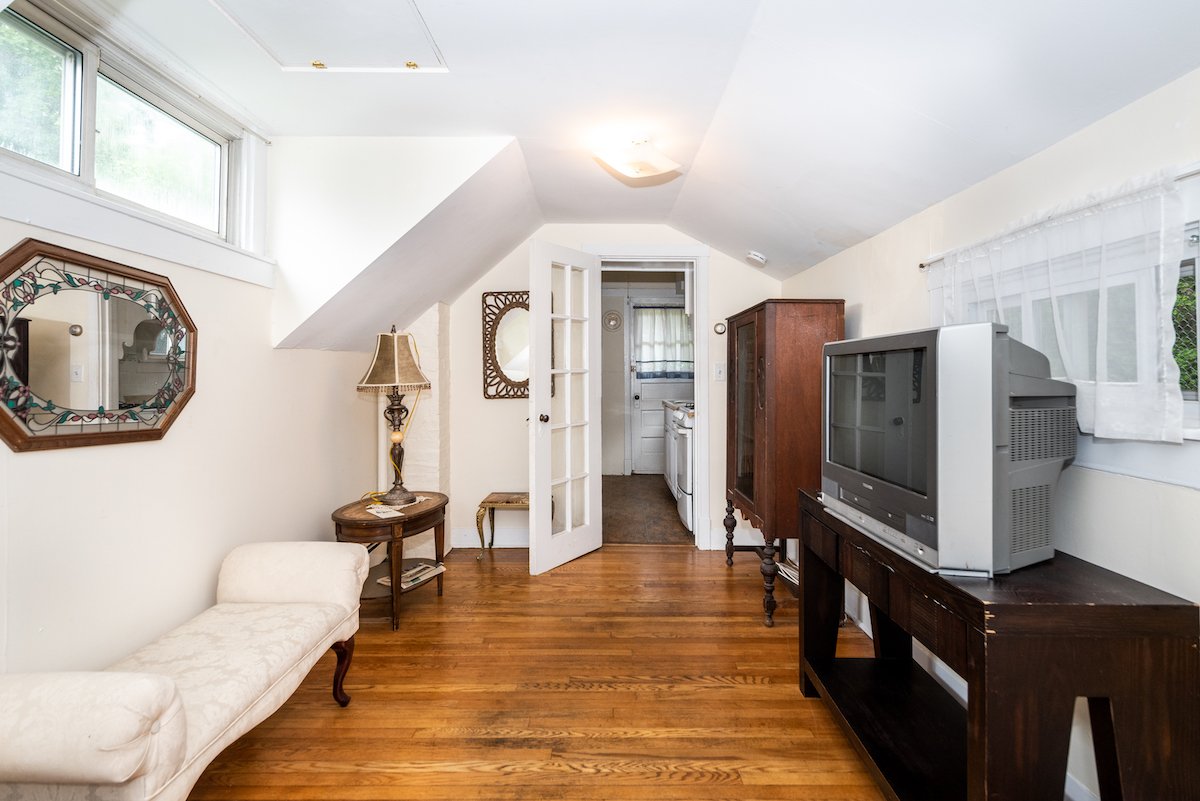 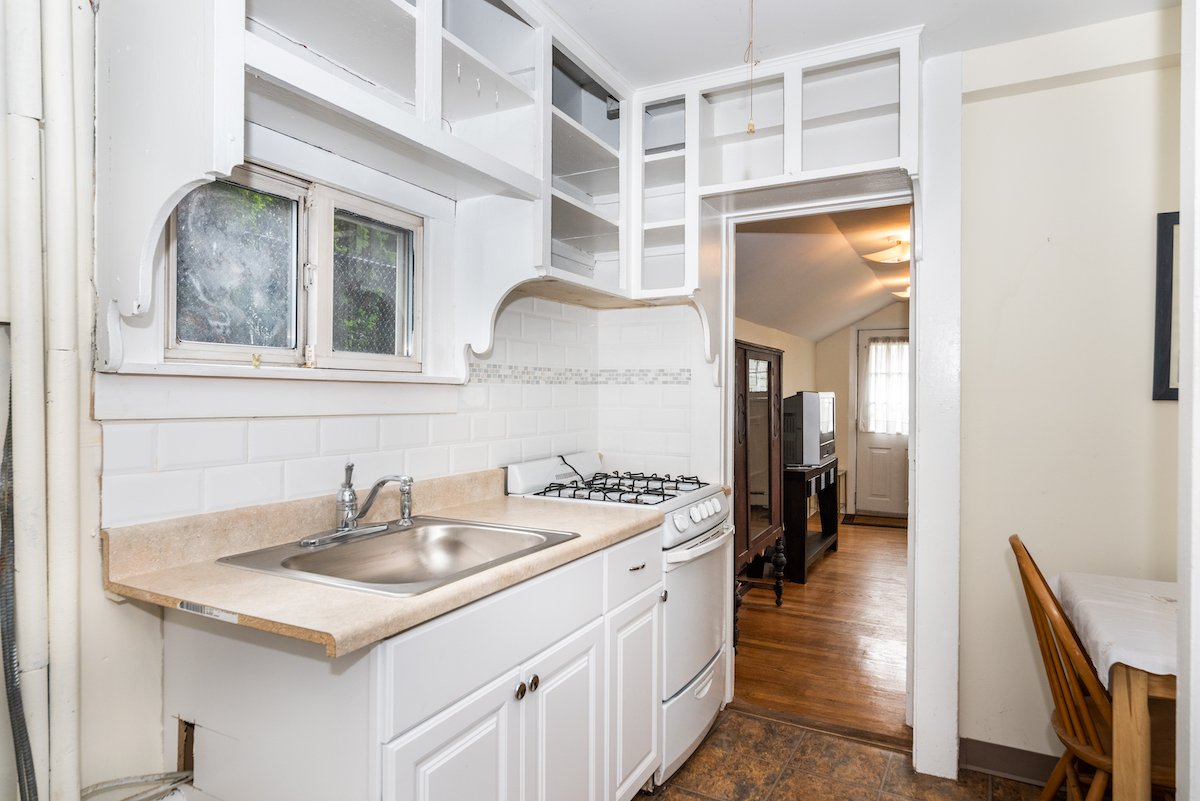 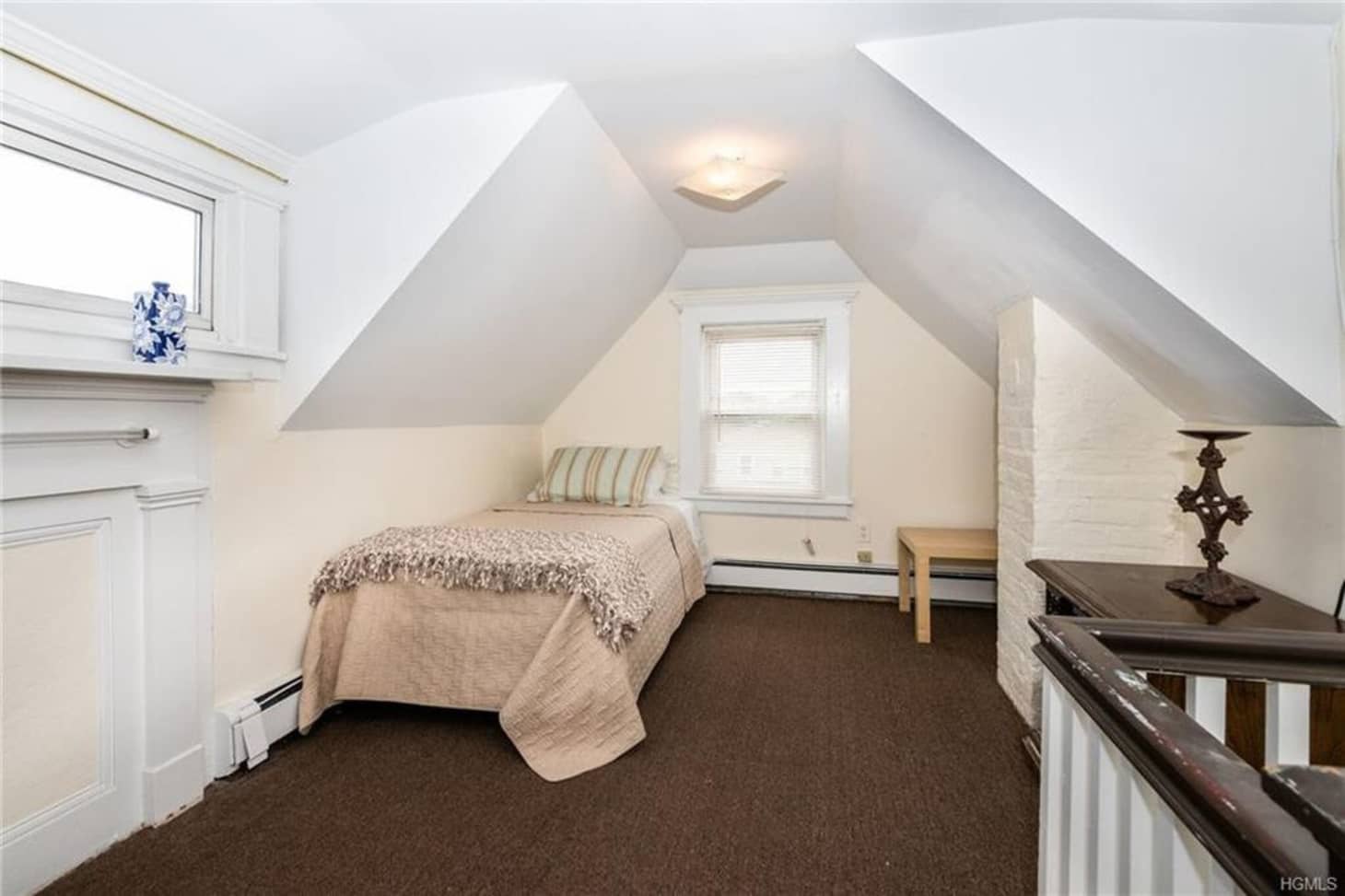 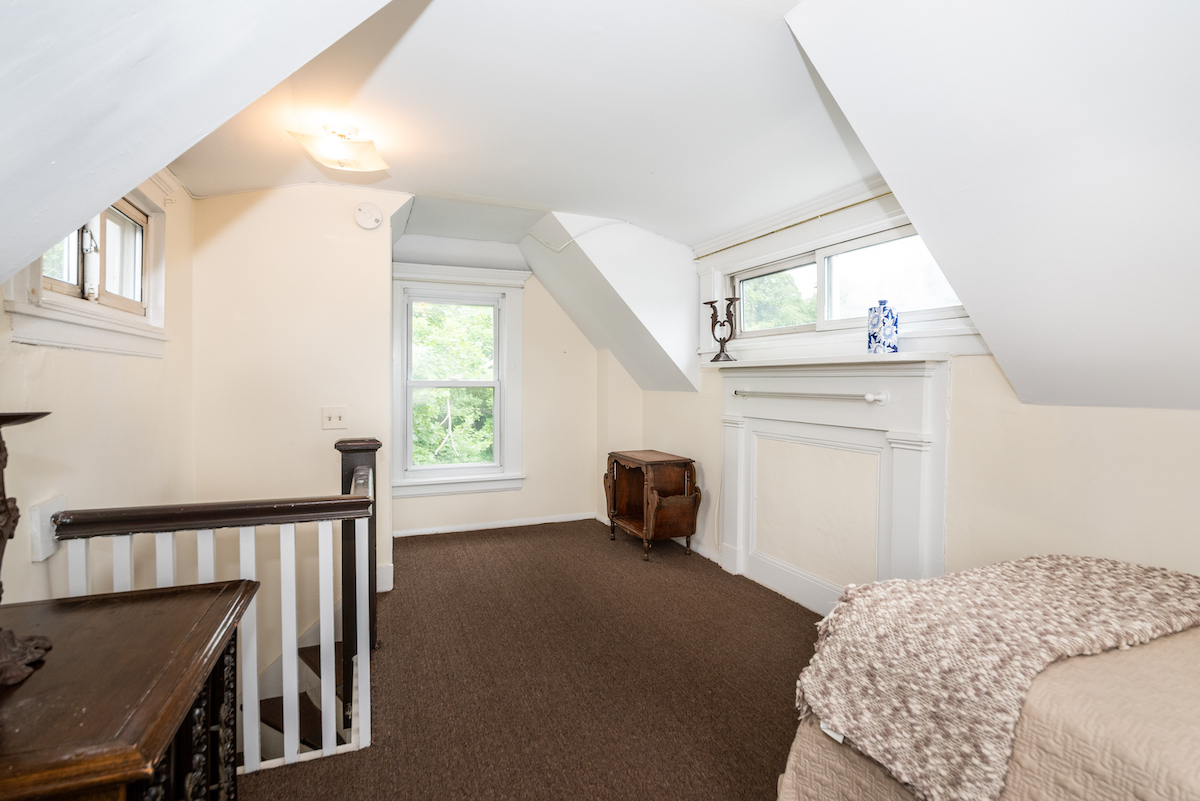 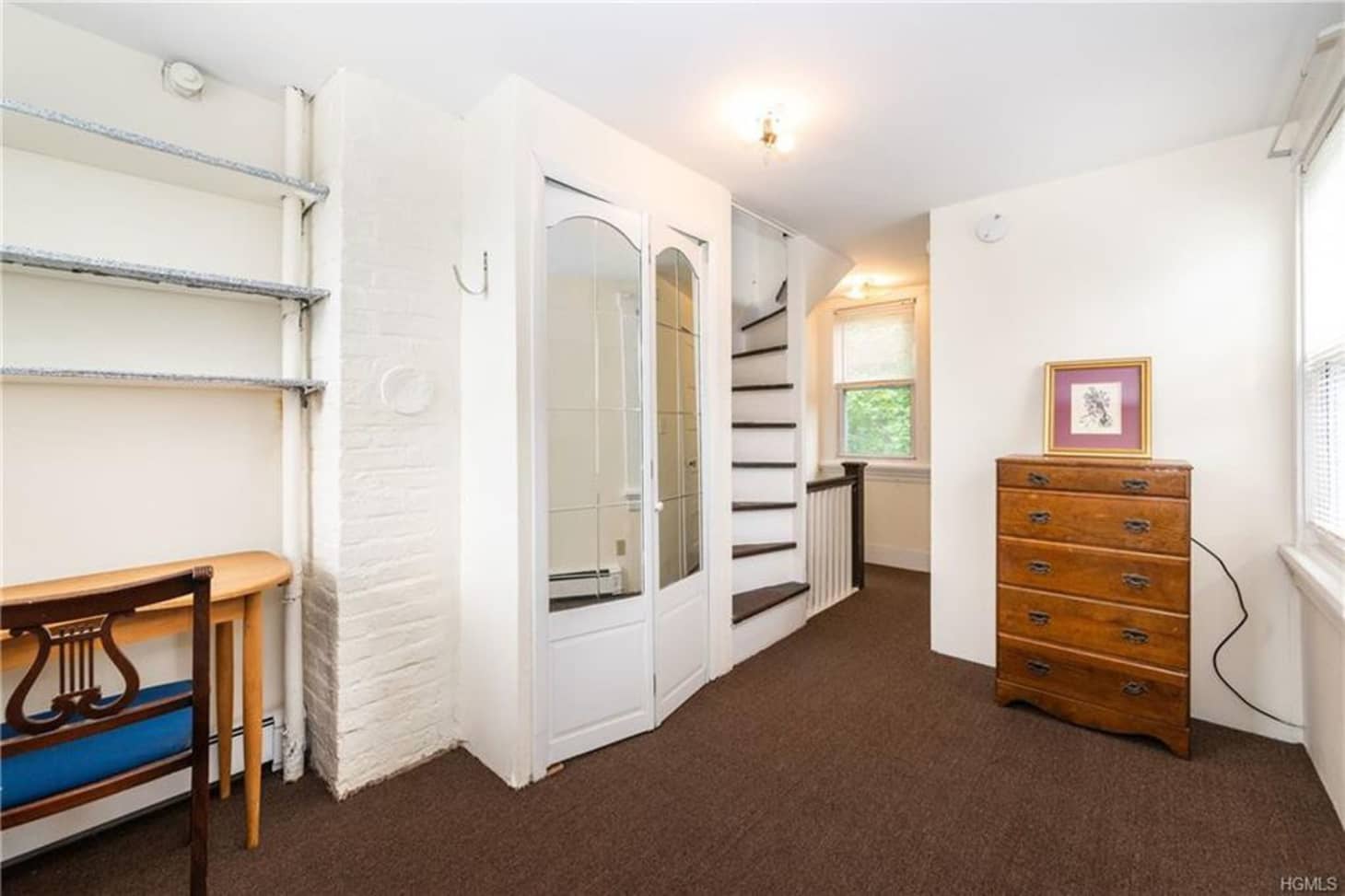 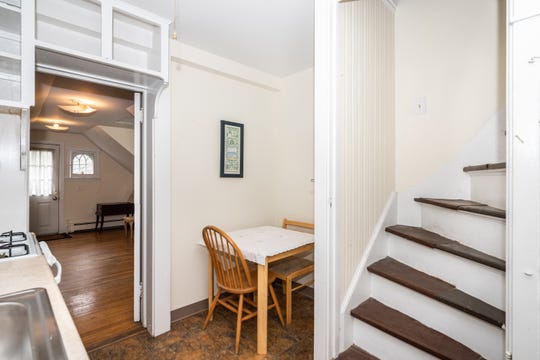 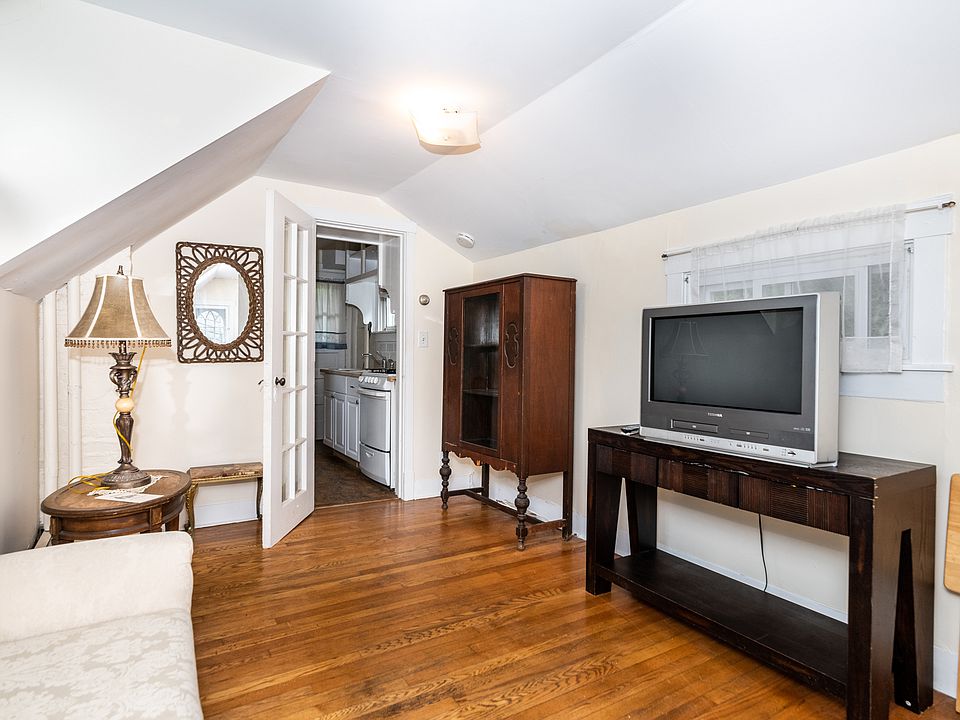 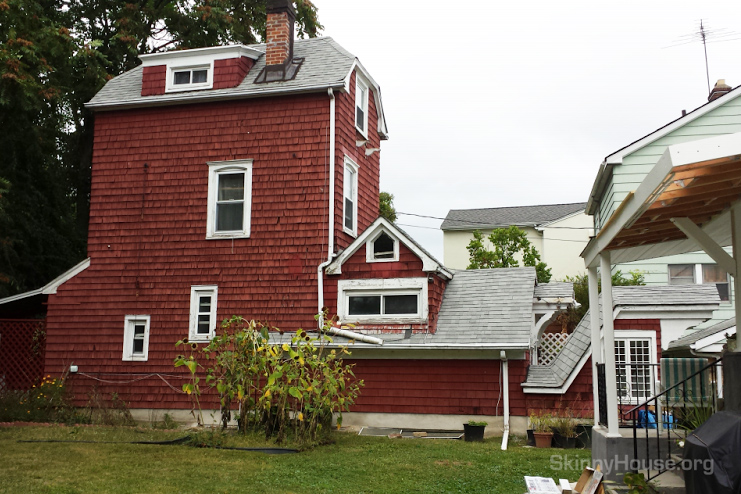 When African American carpenter and building contractor Nathan Thomas Seely lost his home due to foreclosure, and lost his company which built homes for African-Americans due to bankruptsy during the early years of the Great Depression.“Nathan Seely and his brother Willard founded Seely Brothers Inc., a construction company that built for African-American clients. In 1931, his neighbor Panfilo Santangelo, an Italian immigrant and stonemason, offered Nathan a twelve-and-a-half-foot strip of land between the Santangelo home and the former Seely home to erect a home for his family.”1 It would take around two years (1931-1932) to build his house. This act of kindness created one of the most unique historical homes in Westchester County.

Due to the unique design of the Skinny House, there are multiple roof lines for the home. “The house’s varied roof lines, masses, and levels are apparent from the east and west elevations. On the east elevation, three masses are apparent: the projecting entry to the basement, the one-story section, and the three-story section.”4  There is also a brick chimney that protrudes out of the roof line of the top story. To give the Skinny House the most natural light as possible, there are also many windows located on each story of the home. “Two small one-over-one windows are located on the first floor, and a one-over-one replacement window is located within arched historic trim on the second story.”5 There are also multiple windows located on the third floor.

In regards to the interior of the home, it is “divided into the basement cellar, and three floors of living space. The rear third of the basement is taken up by a large rock; rather than attempting to remove it during construction, Seely chose to build around it.”6 Additional rooms throughout the three stories include a living room, kitchen, pantry, bedroom, full bathroom, and another bedroom/closet located on the third floor. Many of the original features are still in place today.

The Skinny House serves as an ode to the Great Depression and the adjustments people made during hard times. It also serves as a rare example “of a narrow house built within a suburban setting, especially because it was built by an African-American.”7 While the house is not available to the public for visit, it was listed for sale in 2019 and a new family calls this unique structure home. The Skinny House was added to the National Register of Historic Places in 2015.