The First National Bank of Rochester building, currently occupied by a J. P. Morgan Chase branch, was built in 1924-25 for use as a bank building. It was built by the Bond-Hubbard Company of Chicago on the site of an older brick business block, which was razed to make way for the new construction. The building has housed a bank continuously since it opened its doors to the public in February 1925. The bank is of Neoclassical style, with Corinthian columns flanking the front entrance. A U.S. Coast & Geodetic Survey benchmark, placed in 1930, is embedded in the stone sill of the window immediately north of the entrance. 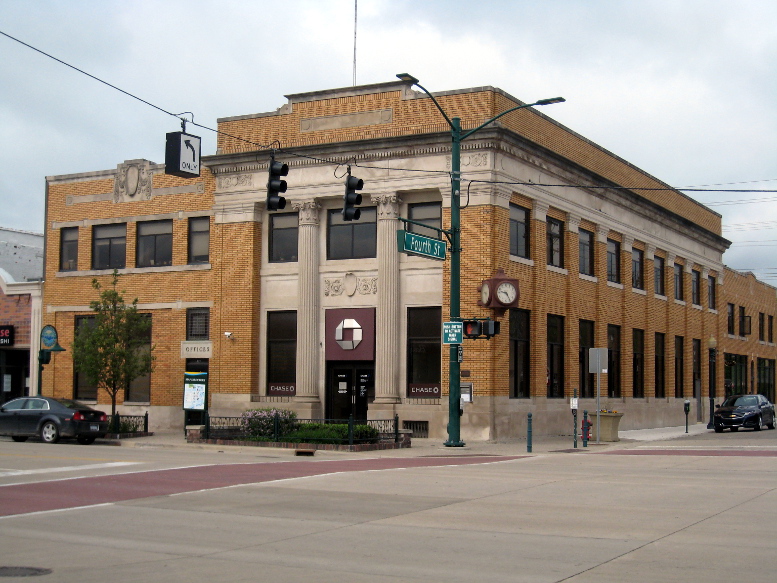 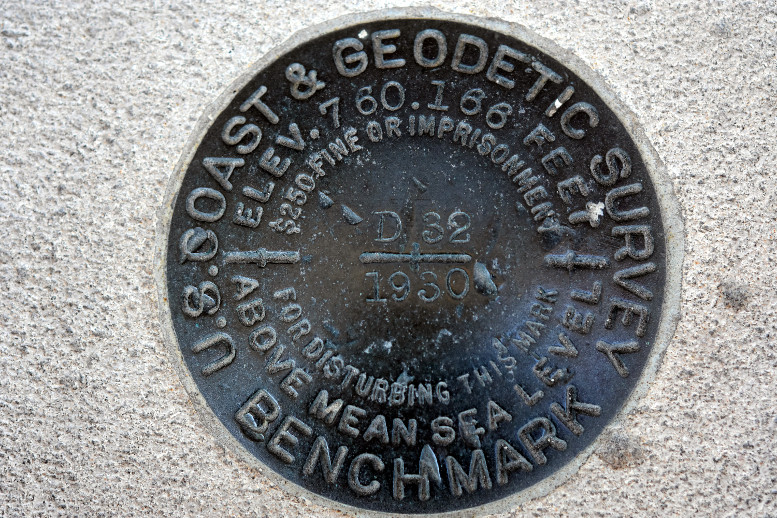 In 1924, directors of the First National Bank of Rochester, which was then located at 338 S. Main (in the Opera House block now occupied by Lytle Pharmacy), decided that the bank needed larger quarters and purchased property across the street on the southwest corner of Fourth and Main. The Rochester Era reported on March 28, 1924:

"The contract for building the new $150,000 brick and stone bank for the First National Bank of Rochester has been let to the Bond-Hubbard Co. of Chicago and work of demolition of the old veneered brick building, corner of Main and Fourth, will commence at once. The contract calls for completion December 1st next. The building was built in 1877 by the late O. H. Neff who conducted a grocery business for several years, when he sold out to Staley & Hoil, who in turn sold to Darcy & Cleland. It had for several years been used for a pool room. It was sold several years ago by the Staley estate to L. H. Bitters, who in turn sold it to the First National Bank, taking the present bank building as part payment."

The Bond-Hubbard Company of Chicago designed and built the new bank block, which included office, retail and apartment spaces in addition to the bank quarters. Dillman and Upton supplied the building materials, including brick, hollow tile, cement, plaster and lumber for the $100,000 project.

The new bank opened its doors to the public on February 14, 1925. The building also offered retail and apartment space, and housed the Avon Township Public Library in one of the rooms at the rear. The library was housed in the back of the bank building until 1928, when it moved to West Fifth Street (now West University Drive).

A few years after the bank opened, during the banking crisis of the Great Depression, First National Bank of Rochester was liquidated and reorganized as the Rochester National Bank. When the bank re-opened, under the leadership of Milton H. Haselswerdt, community members showed their confidence by opening more than 400 new accounts. Haselswerdt was commended for restructuring the old bank without any harm to depositors.

In 1947, the bank installed a new safe deposit vault in the basement of the building to expand its ability to accommodate customer safe deposit boxes.