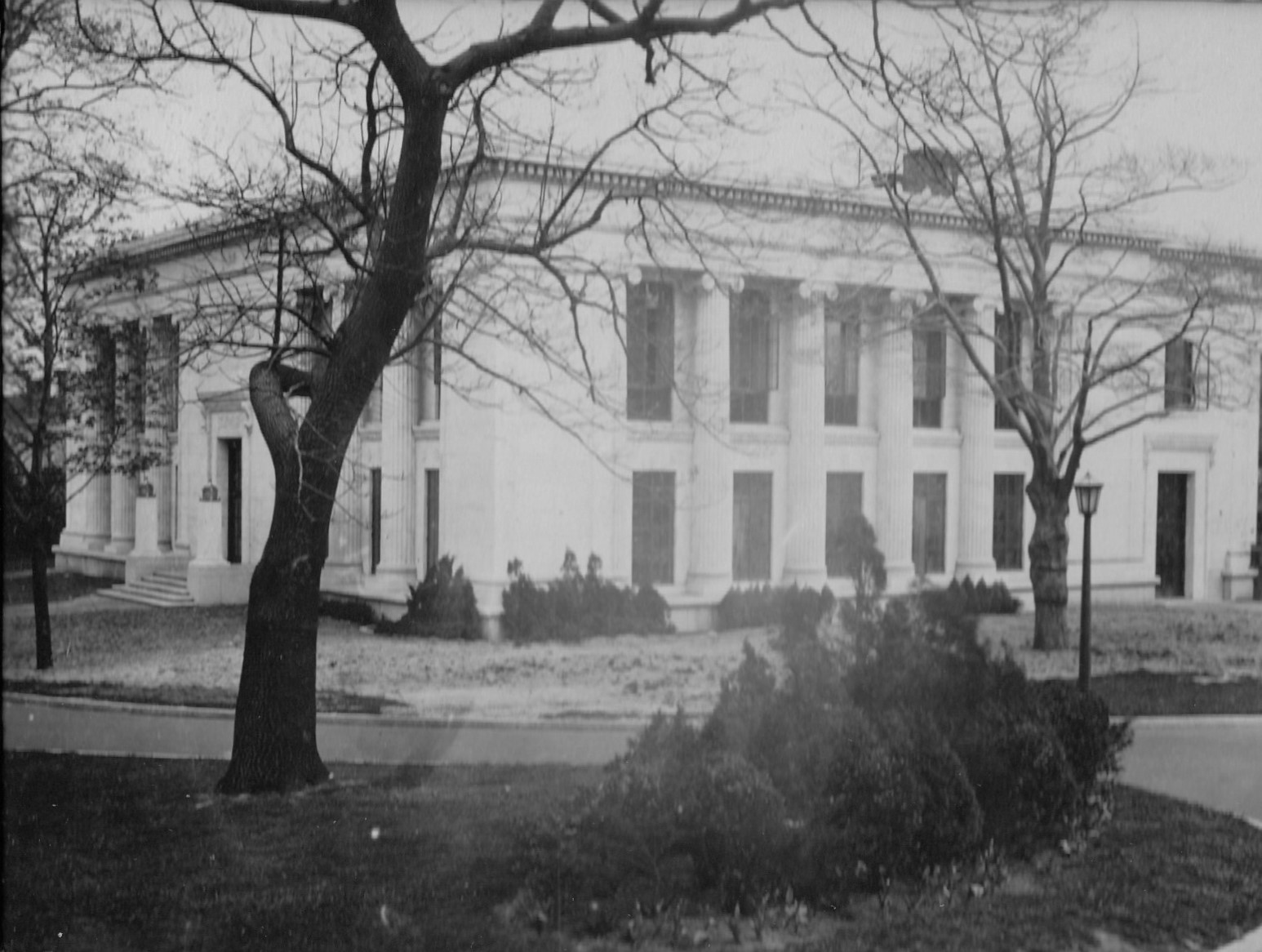 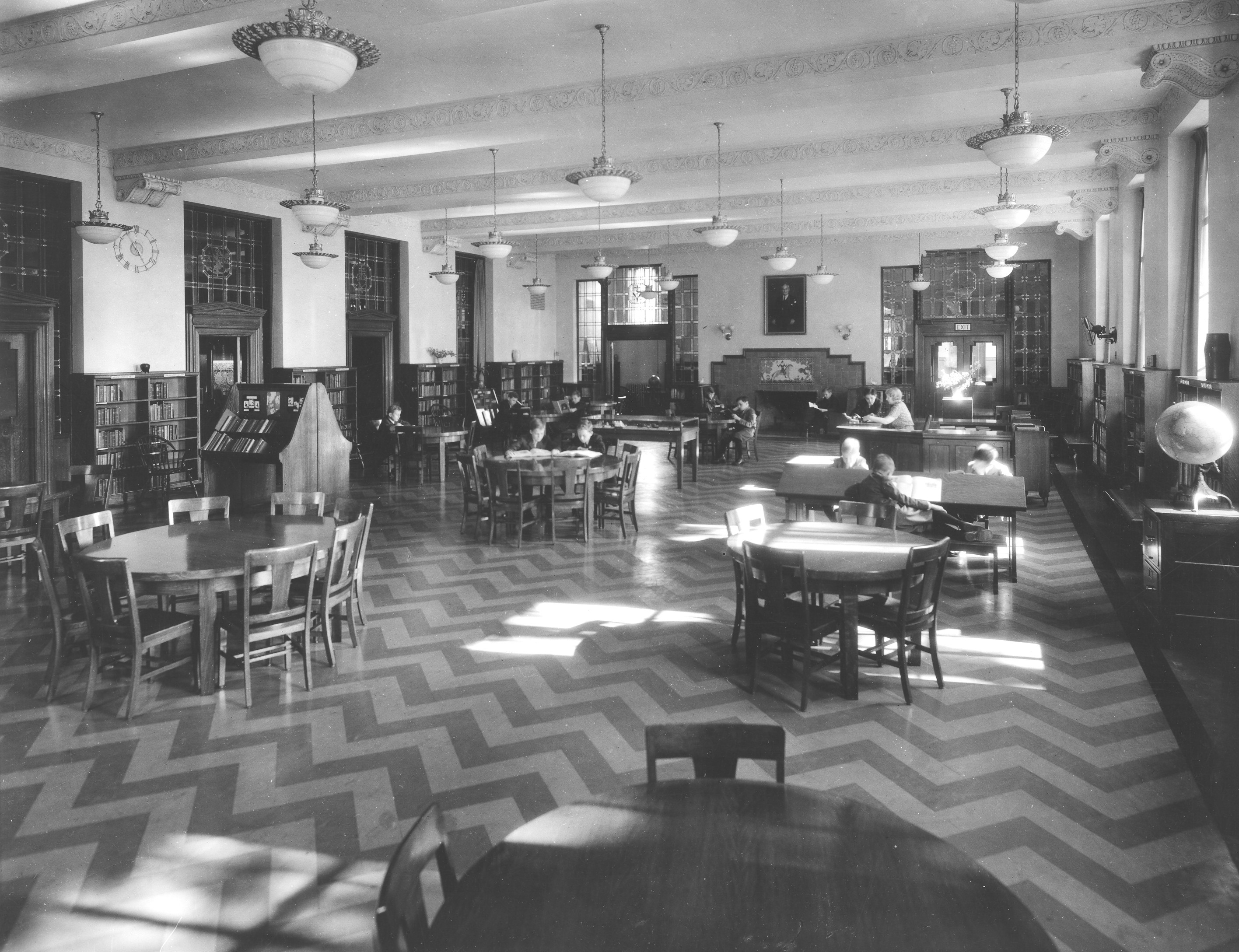 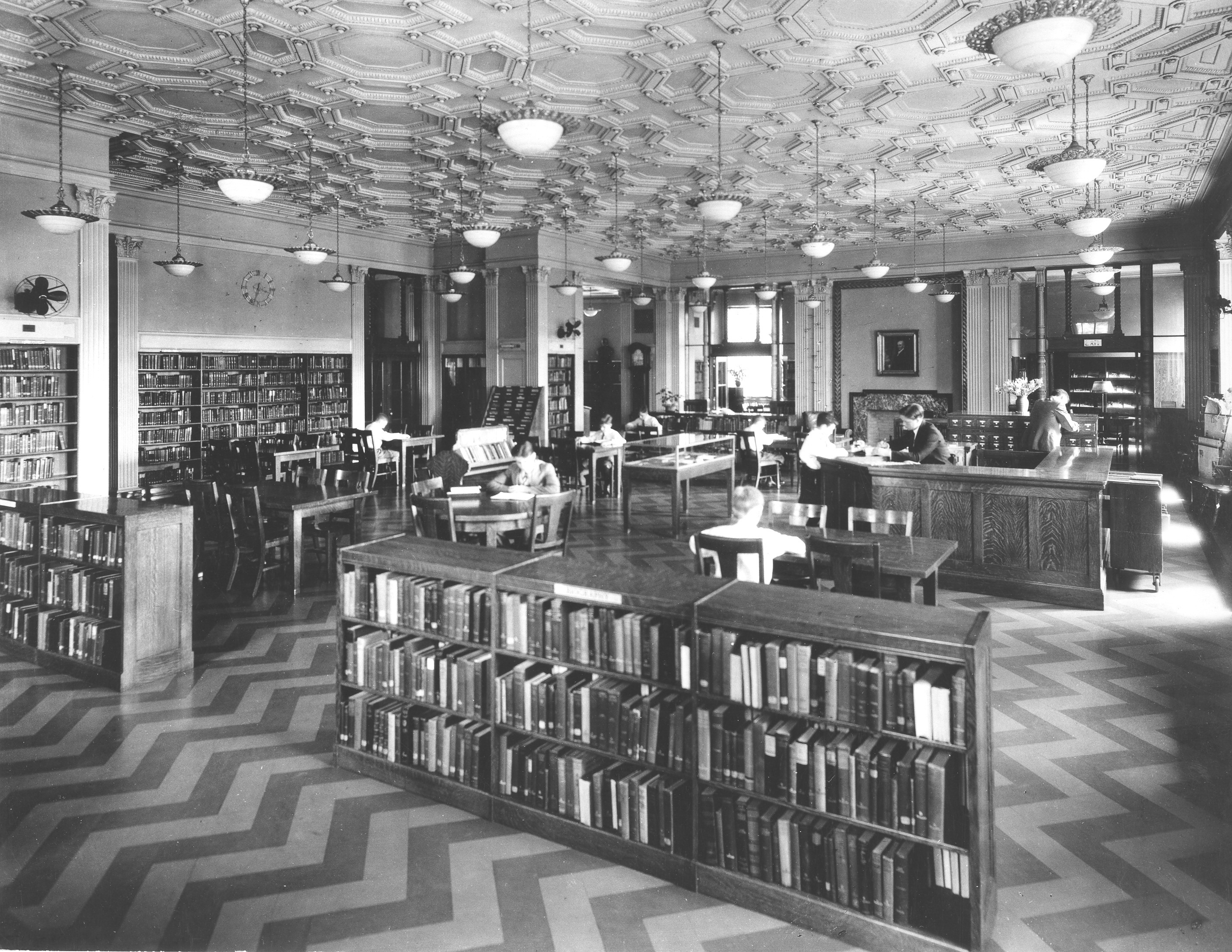 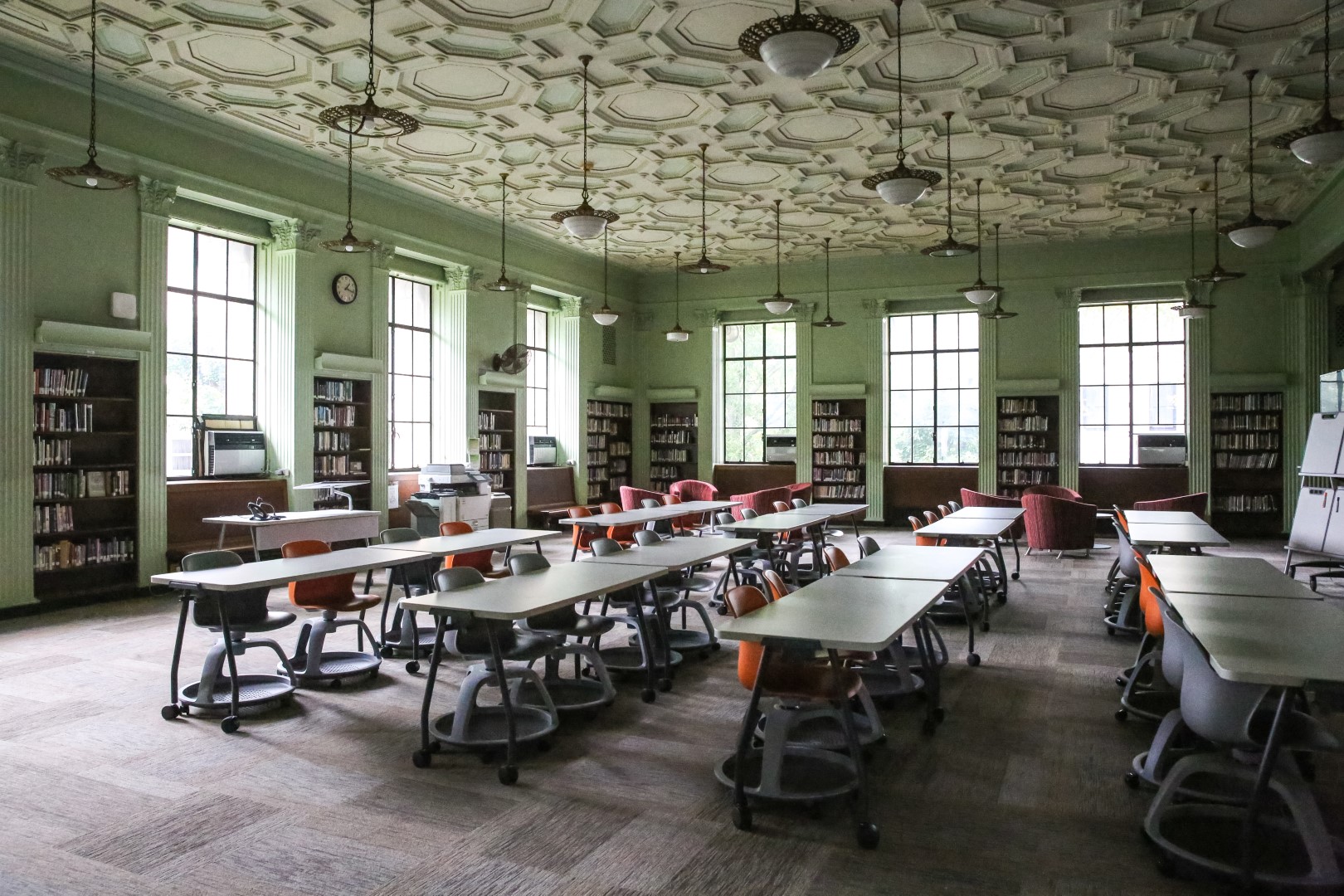 This building was designed as the school Library by architect E. Wilton and built 1931-1933 on what had been open space next to Founder’s Hall. Before it was built, the first floor of Founder’s Hall served as the library; however the school had begun to outgrow the space. The architecture of the new library was meant to compliment Founder’s Hall, although at a more modest scale.

Wilton chose to give the library extensive detail and decoration, both inside and out. The building’s exterior features Ionic columns, which complement the Corinthian columns and Doric Columns on the other buildings on the circle. The interior featured details including windows incorporating historic printer’s marks, tiled fireplaces, and an elaborate plasterwork ceiling on the second floor. Today the building has been renovated, with the first floor serving as a Welcome Center and Admissions Office, while the second floor hold the TEC center, but many of the original decorative details remain intact and bear witness to the history of the space.