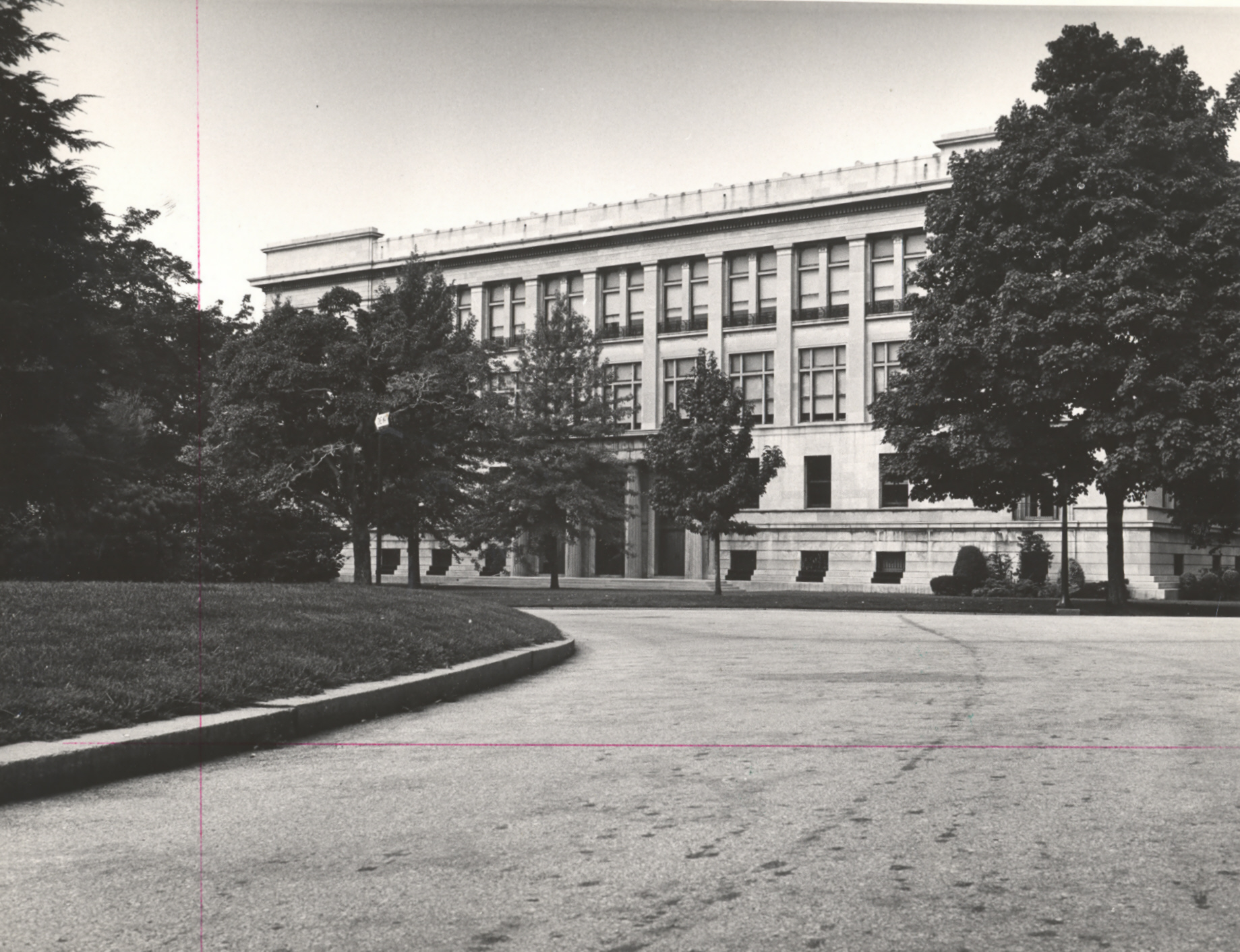 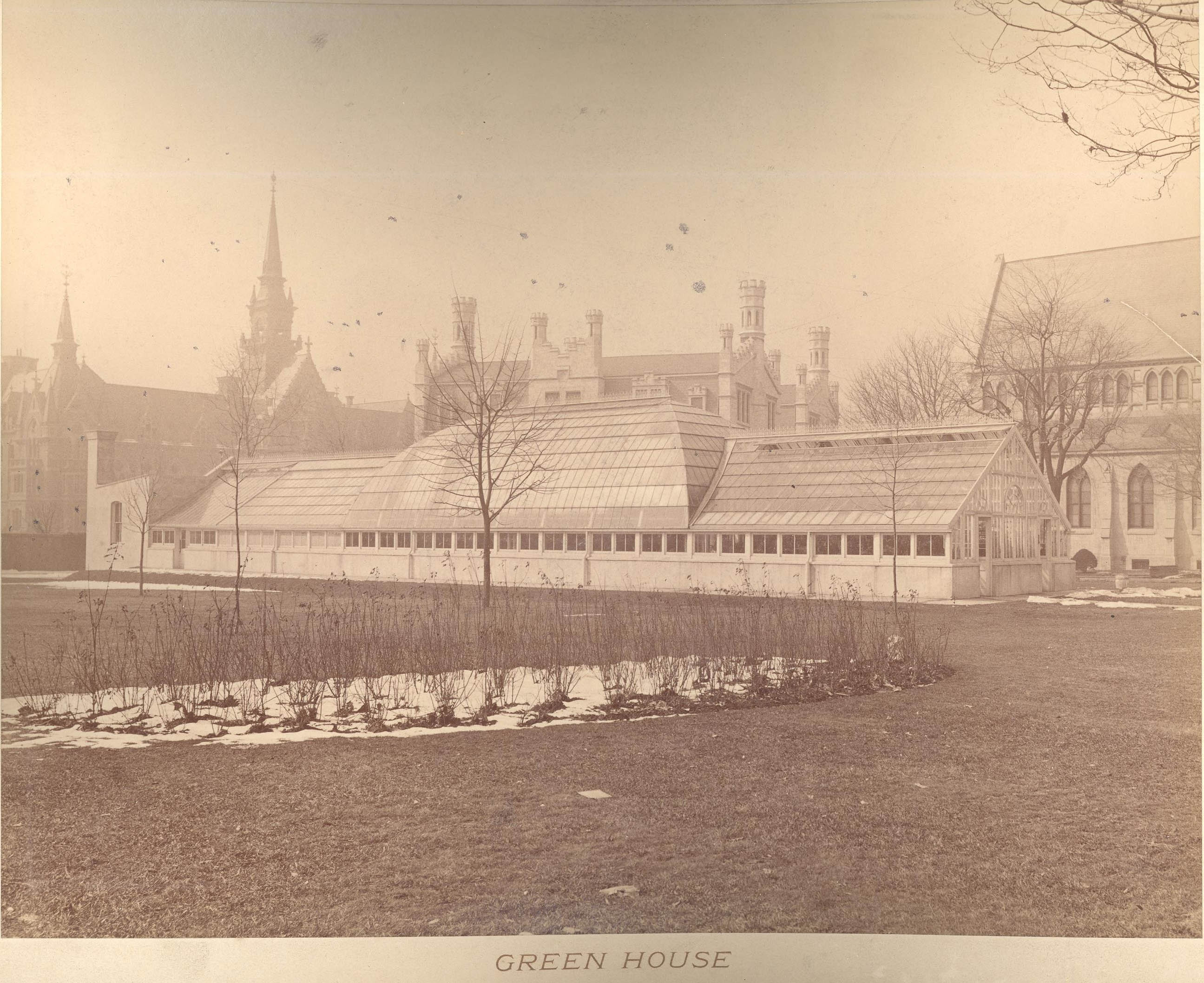 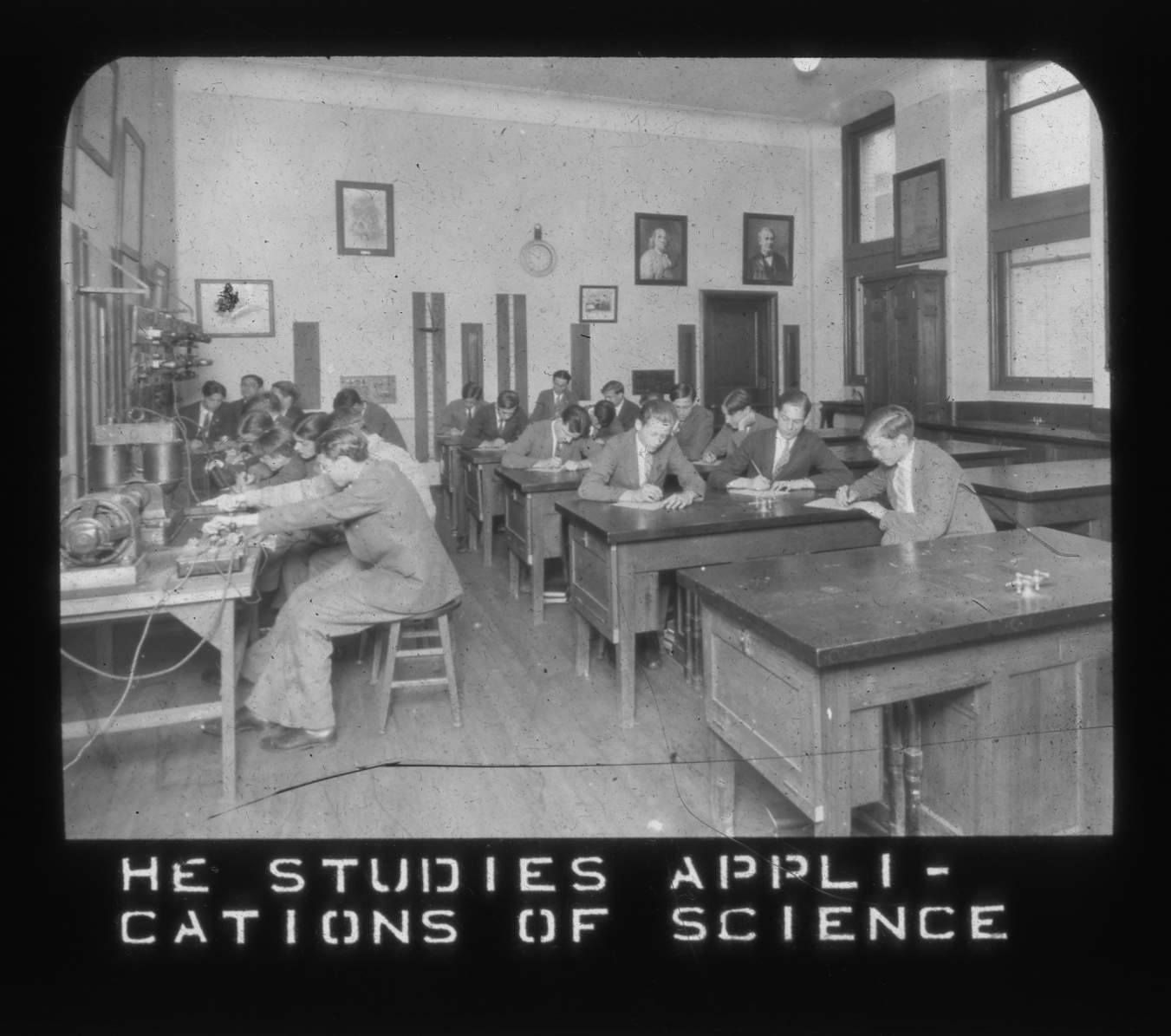 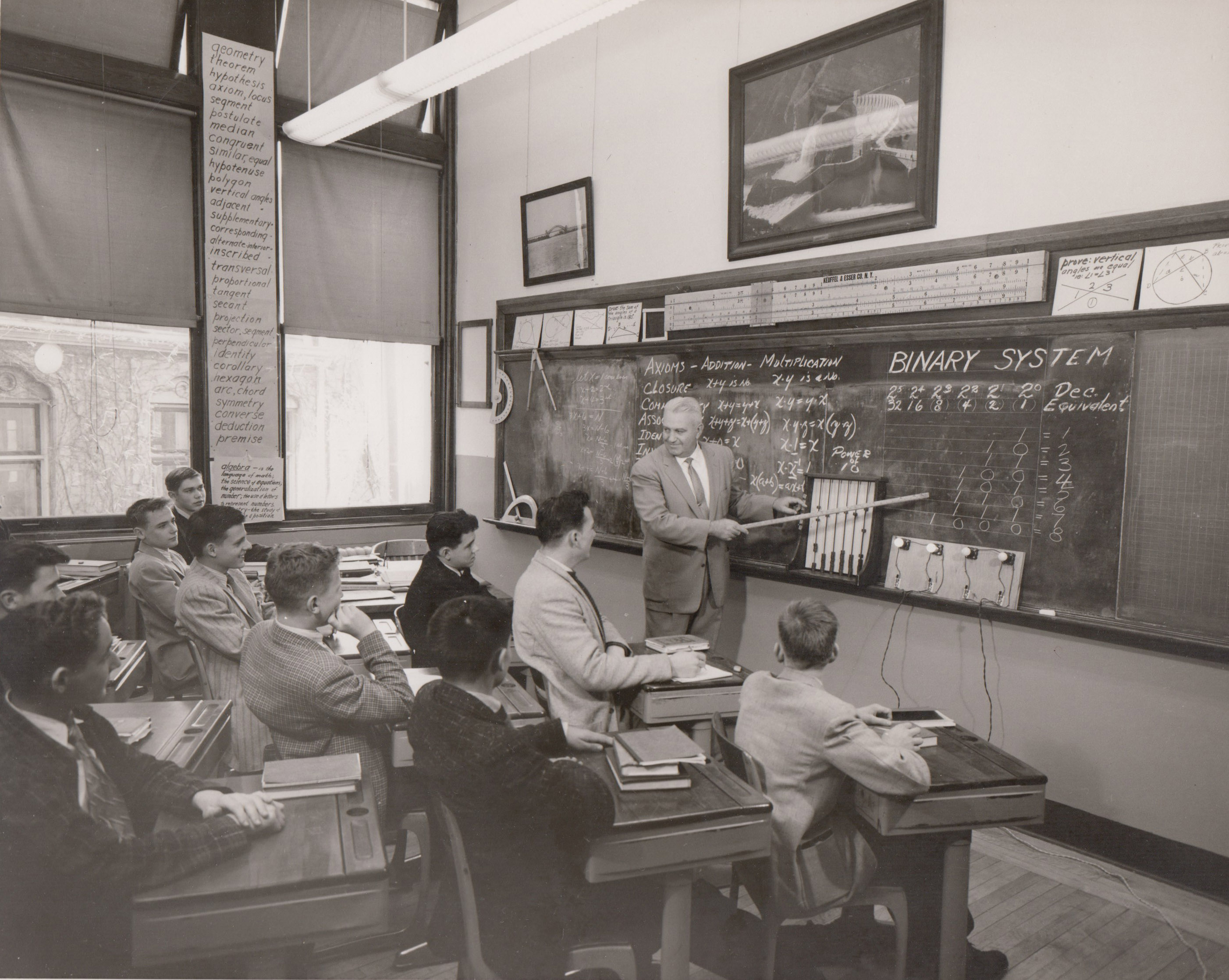 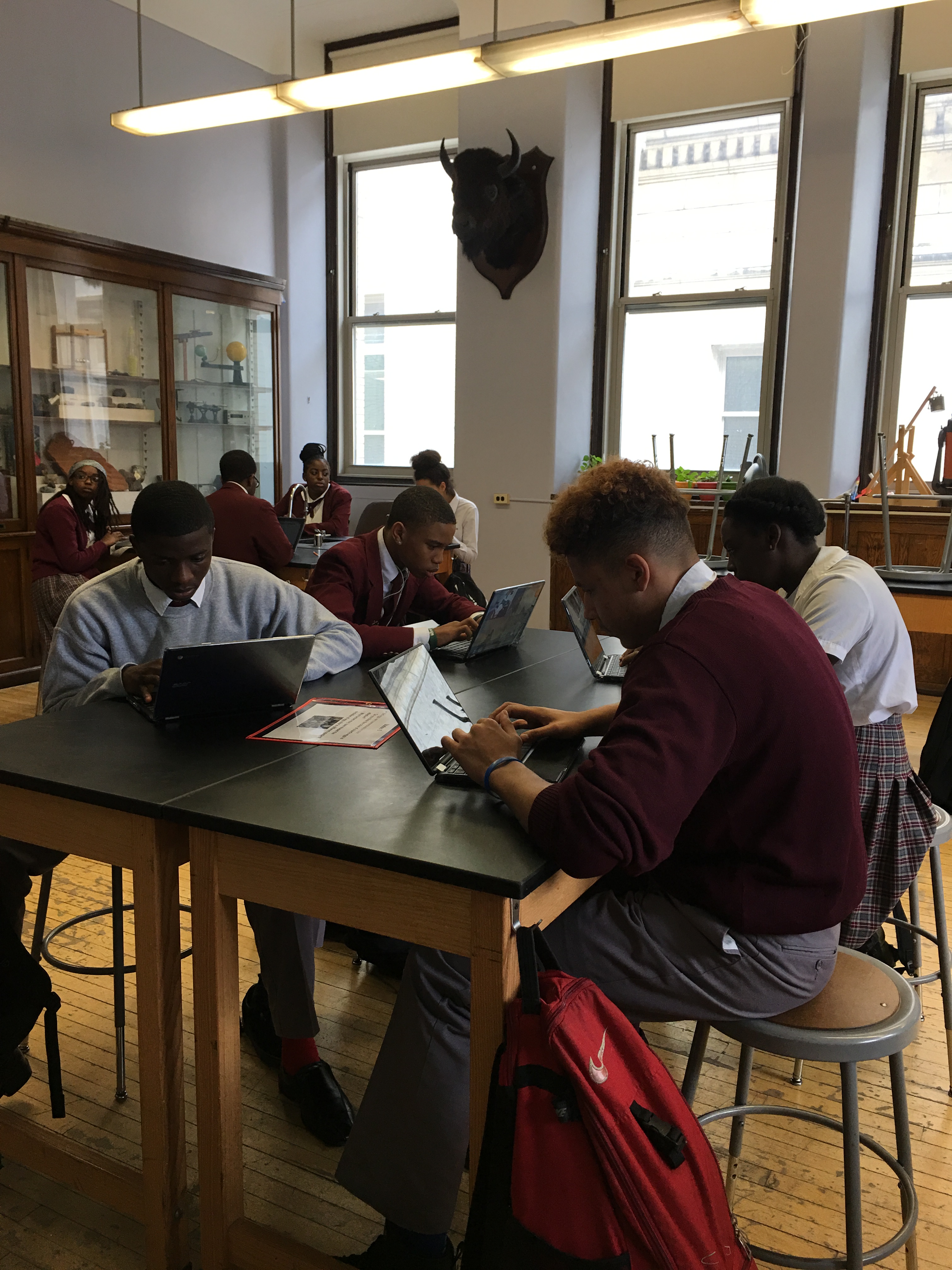 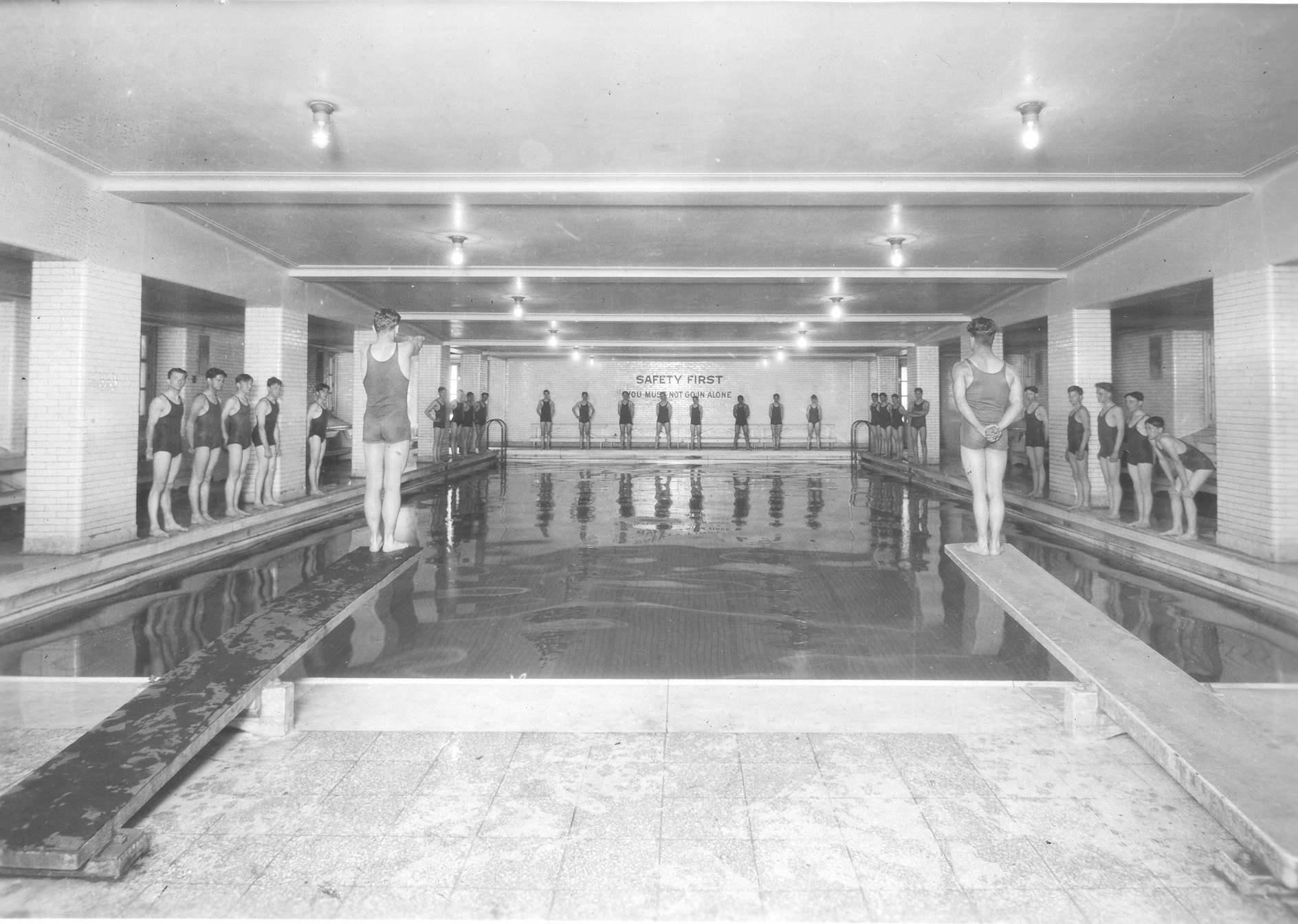 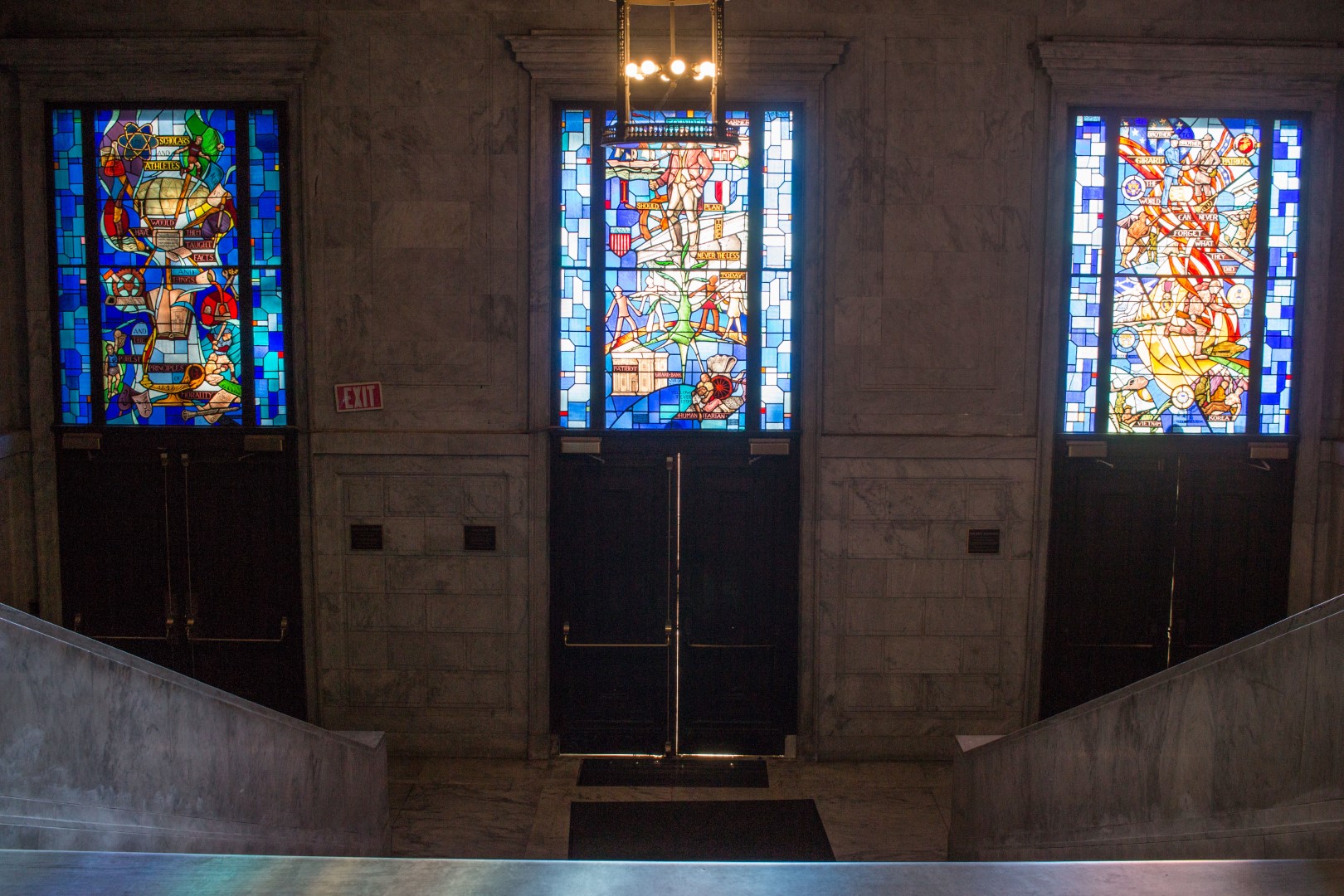 The High School was designed by John T. Windrim and built 1914-1916 on the site of a former school greenhouse that had been built in 1888 to the west of the front gate. The exterior features large Doric columns, which complement the Corinthian columns on Founder’s Hall. The east entrance (facing the circle) also features three impressive stained-glass windows, depicting the legacy of Stephen Girard and the school, which were created by Girard alumnus Vincent Filliponi ‘43 and installed over the course of three years, completed in 1996.

In his 1911 annual report, President Cheesman Herrick argued for a new High School building, claiming that lighting, acoustic and ventilation challenges made Founder’s Hall unsuitable for modern classroom use. He called for the “erection of a suitable building in which our high school may be housed. This building may be provided with a gymnasium, an indoor swimming pool and an assembly hall large enough to accommodate a considerable audience.” Herrick got his wishes and the completion of the High School in 1916 not only marked the end of the use of Founder’s Hall as a classroom building, but dirt from excavating the High School foundation was also used to fill in outdoor swimming ponds at the west end of campus, since the new building housed an impressive indoor pool with marble pool decks which is still in use today.

The upper level curriculum at Girard College has evolved over time and debates about the subjects to be taught, methods of teaching, and balance between academic and career preparation date back even before the opening of the school. However, the school’s purpose, as stated in Girard’s will, was to provide “a better education” than disadvantaged students would “usually receive from the application of the public funds.” The amount of money he provided, as well as his decision to call the school a college, a term which in French is akin to an academy, clearly indicated that it was to provide a rigorous and extensive education, rather than the rudimentary schooling then deemed appropriate for poor children. In his will Girard specified a broad, rather than a classical education, but also embraced flexibility rather than absolutes, indicating that the students:

“shall be instructed in the various branches of a sound education, comprehending reading, writing, grammar, arithmetic, geography, navigation, surveying, practical mathematics, astronomy, natural, chemical, and experimental philosophy, the French and Spanish languages, (I do not forbid, but I do not recommend the Greek and Latin languages)—and such other learning and science as the capacities of the several scholars may merit or warrant.”