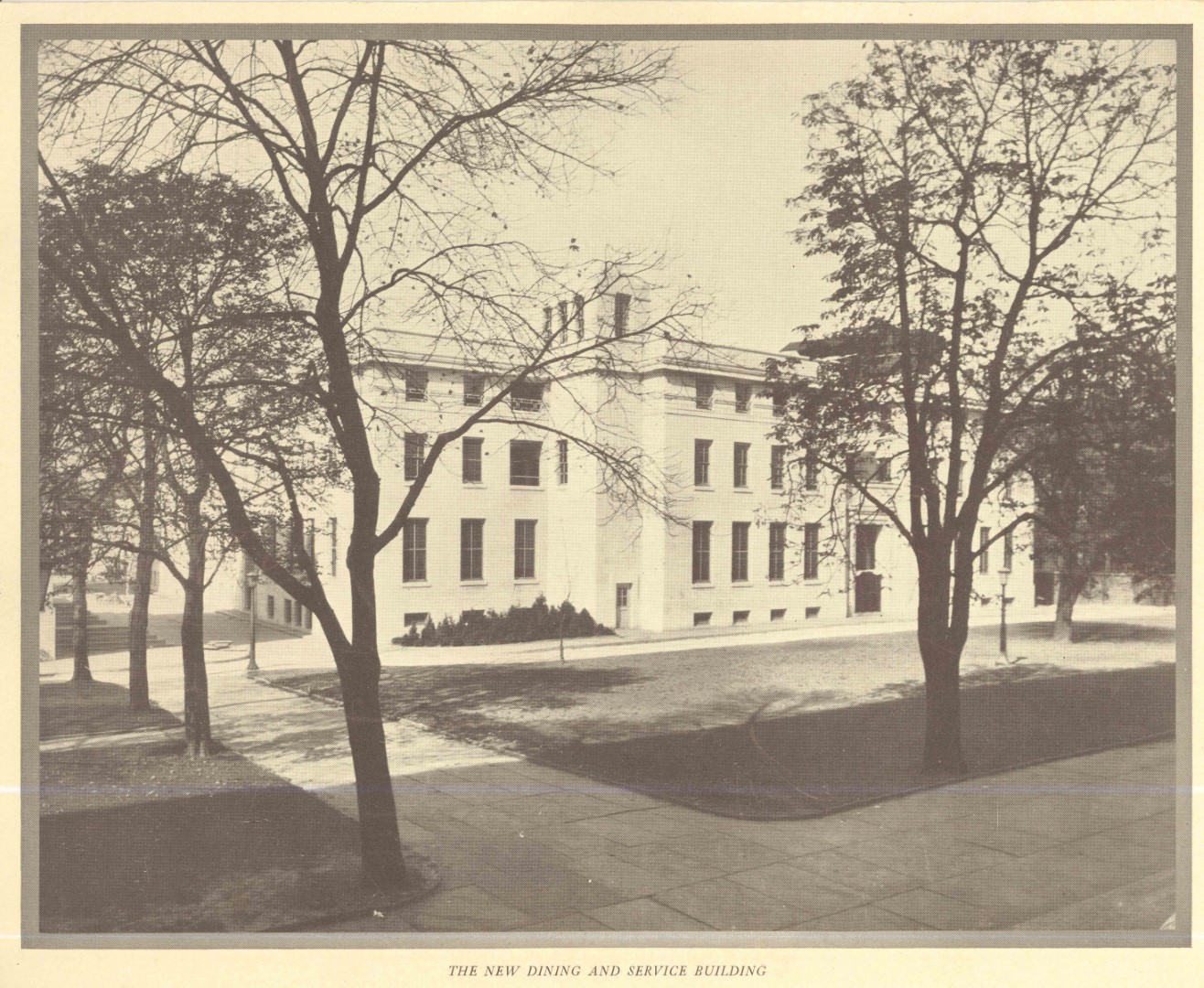 Banker Hall, originally called the Dining & Service Building (D&S), opened in September 1927. At that time there was already another building on campus named Banker Hall (built in 1850); once that building was torn down in 1970 the D&S building was renamed Banker in 1973. When it was built, the twin goals of the D&S building were to accommodate the growing numbers of students at Girard College, which experienced its peak enrollment in the 1920s & 1930s, and to create a less institutionalized dining experience.

Girard College’s older dining halls in the (no longer extant) primary school and Lafayette buildings could seat huge numbers of students, over a thousand in the cavernous Lafayette dining room. By the 1910s, the school wanted to move away from such a mass dining experience and towards smaller, more home-like dining rooms. This was in line towards the overall move to a house system at the time and in addition to the D&S building, new smaller dining rooms were also built in the new West End and Junior School and within the space of the old Lafayette dining room.

Originally, the D&S building also housed clothing and tailoring facilities on the second floor (in keeping with Girard’s will, the school has always provided its students with clothing), along with sitting rooms for female employees. The third floor was staff housing. Over time, the building has served other roles as well, including as high school dormitory space. Today, Banker Hall houses the high school kitchen and two dining rooms, which were most recently upgraded in 2019. Like everything else at Girard, food service has evolved over the years. In the early days, meals were served by staff waiters, then the job was assigned to student servers; today the dining halls are cafeteria style.