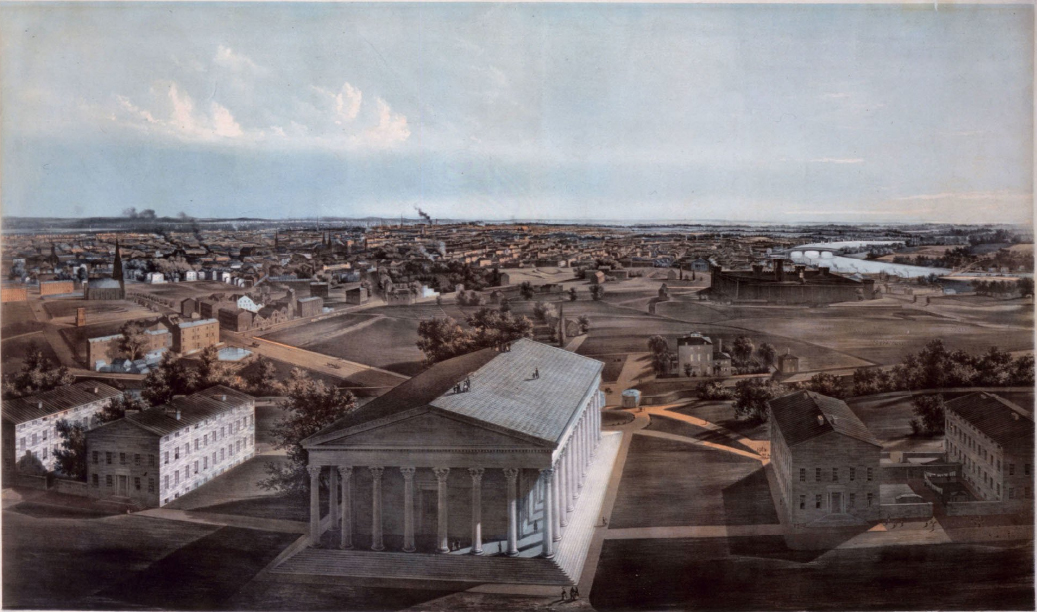 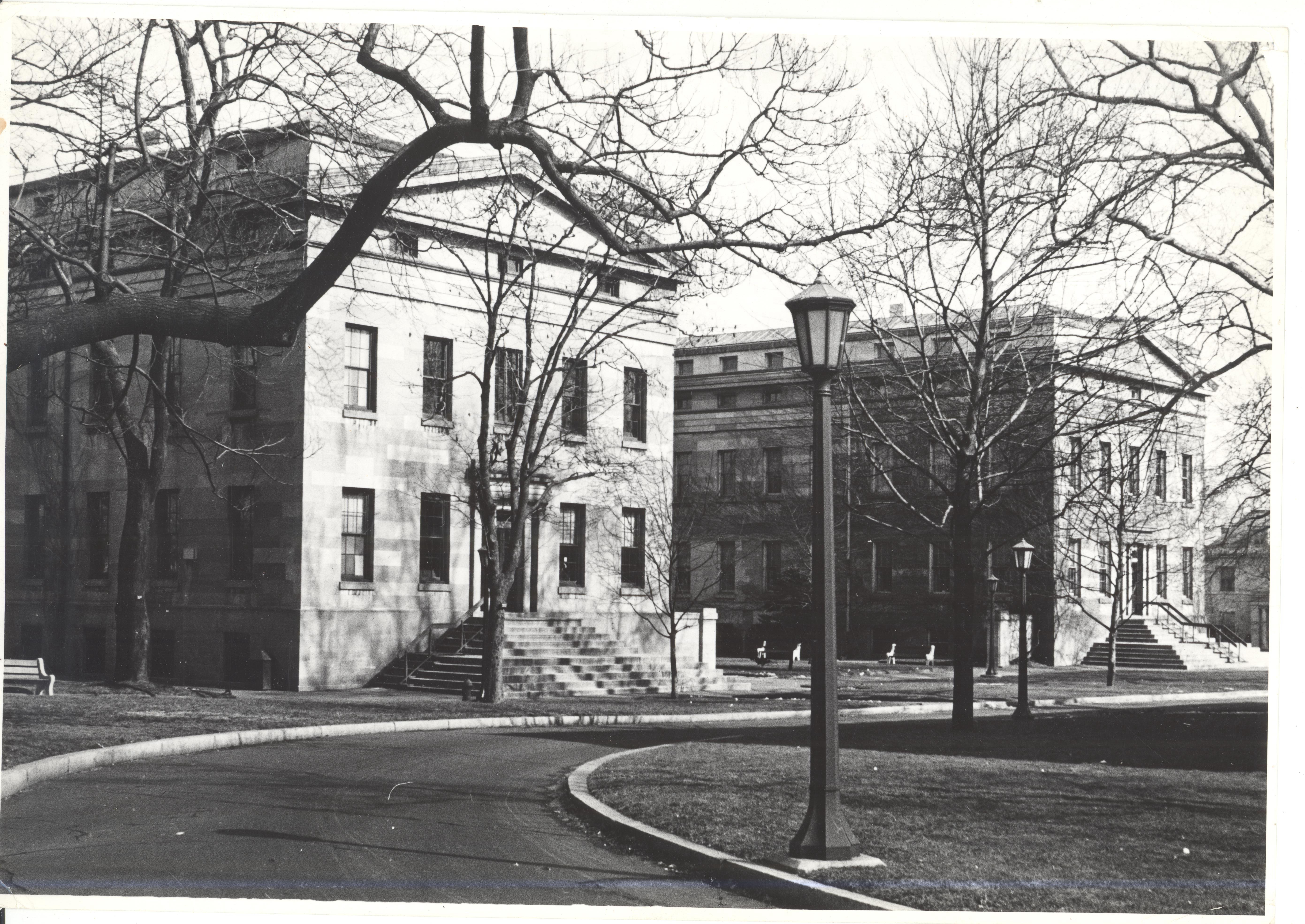 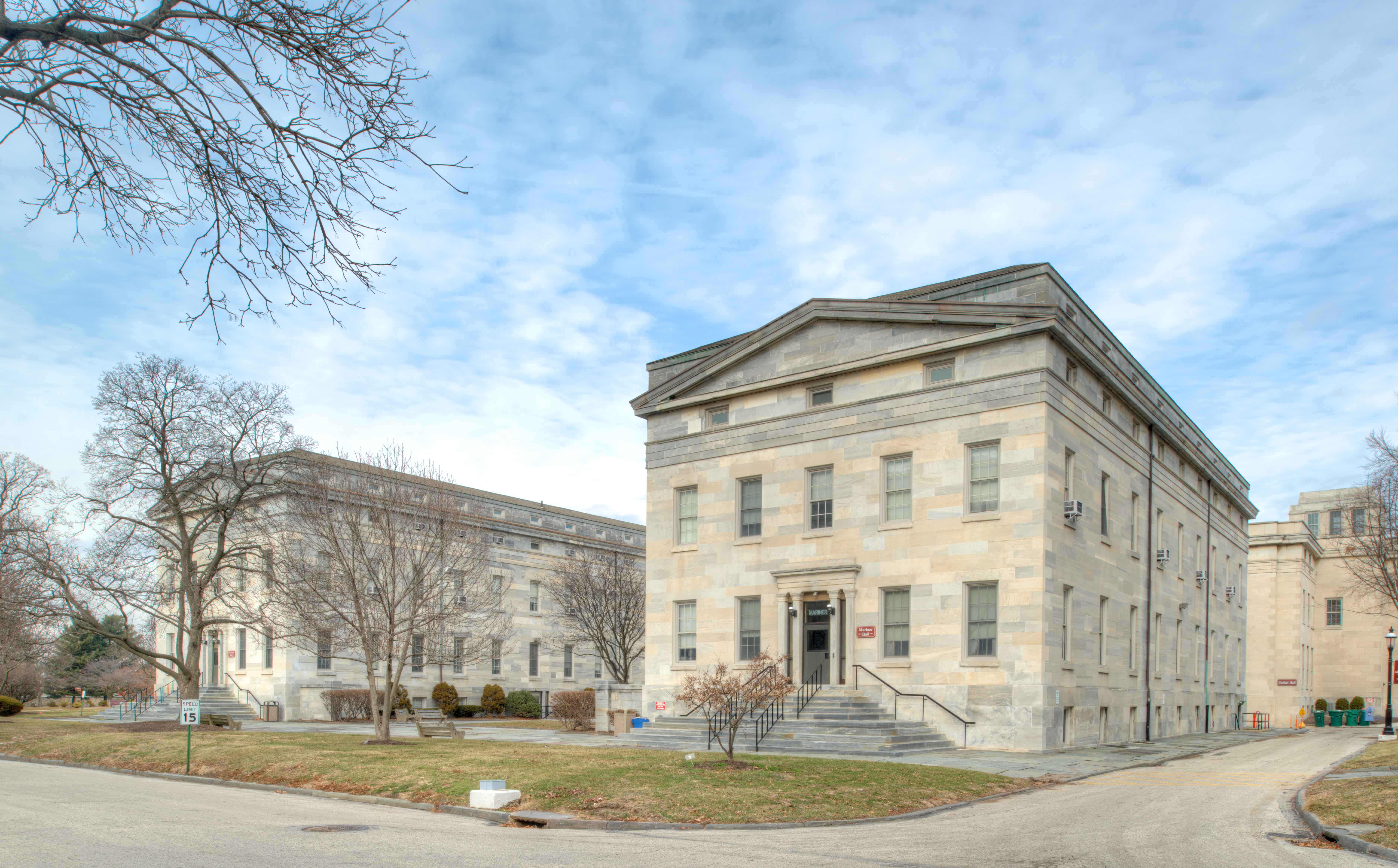 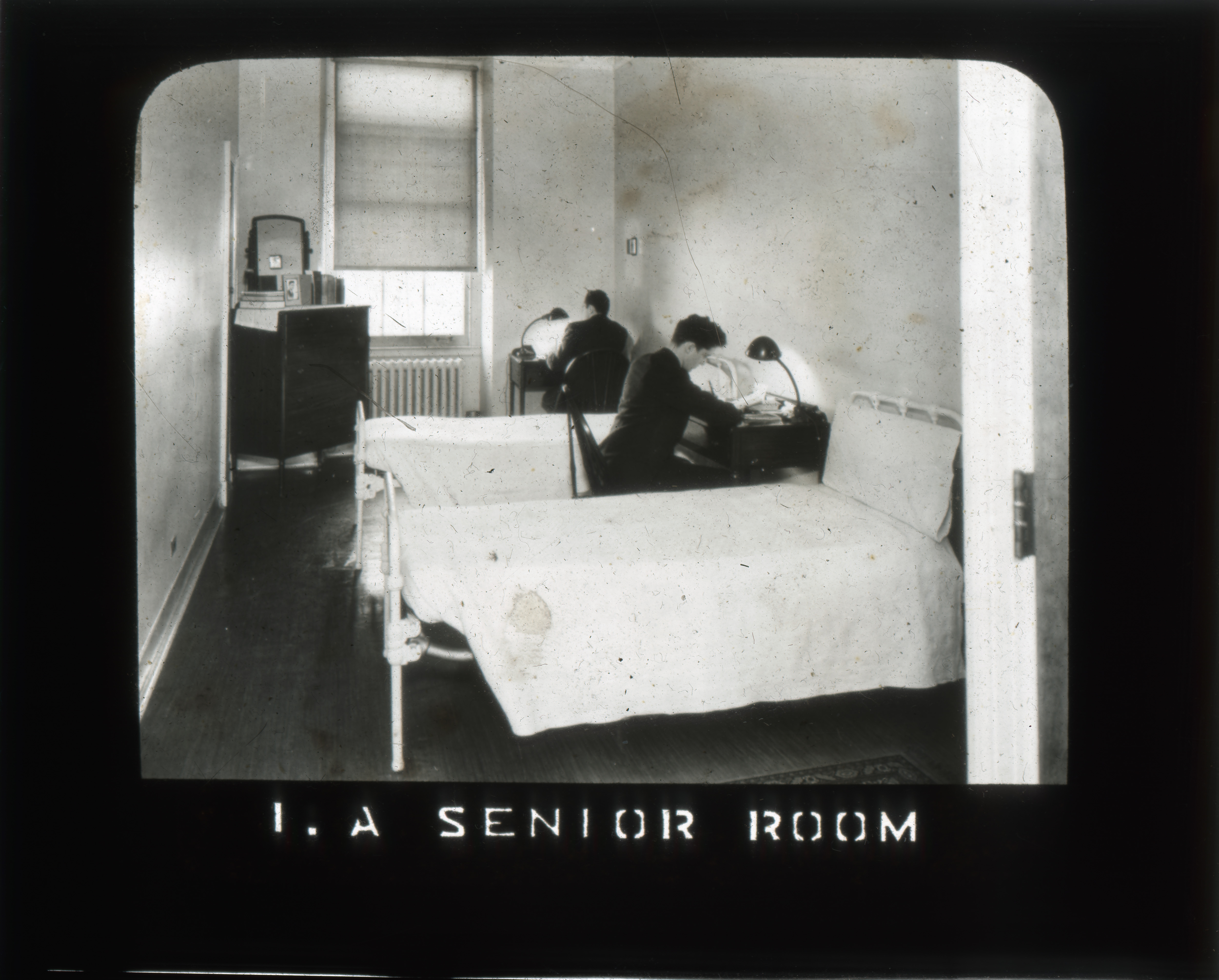 These four dormitory buildings were designed by Thomas U. Walter and were part of the original school construction, completed in time for its January 1, 1848 opening. Stephen Girard’s will required that “There should be at least four out-buildings, detached from the main edifice and from each other, and in such positions as shall at once answer the purposes of the institution.” Although his original outbuilding drawings were inspired by French neo-classical structures, Walter was encouraged to redesign them in the Greek revival style by Nicholas Biddle, the grecophile director of the Girard College building committee. The triangular pediment at the top of each building with three horizontal bands below is intended to evoke a Greek temple (note the similarities to the more elaborate Founder’s Hall)

Originally named from east to west as buildings 1-4, in 1927 they were renamed Allen, Bordeaux, Mariner and Merchant Halls after a long-time 19th century school president, Stephen Girard’s French birthplace, and two of Girard’s professions. Bordeaux, Mariner, and Merchant Halls were used as student dormitories from the outset and were altered in the 1910s to raise the roofs and provide better student accommodations on the top floors. Allen Hall, which was used as a residence for the president and staff until 1933, received the same treatment when it was converted to a dorm.

Stephen Girard’s will called for “residence and accommodation of at least three hundred scholars,” so Girard College has always been a boarding school. Historically, residential life was supervised in the younger grades by women known as governesses (or in Girard slang “guvvies”) and in the older grades by men called prefects or house masters. Today the residential staff in all grades are known as RA’s (residential advisors). Girard College has also experimented with new ideas in residential life over the years. At one point in the early 1900s the school tested an idea where there would be a husband and wife employed as “house parents” instead of a single governess. Another arrangement from the 1940s was to move seniors into Allen Hall during their last semester. The hall was setup to test an experimental housing idea which would run similarly to college dorms, and aimed to prepare the students for a more independent style of living as well as providing extra social and development activities, including dances and outside speakers. These arrangements are no longer used today, but these buildings are still used as high school boys’ dormitories and Girard continues to explore and innovate new ways to provide a world class residential education program to all its students.