First lighted in 1801, the Georgetown Lighthouse is the oldest active lighthouse in South Carolina. The lighthouse serves as a living tribute to American nautical and military history and can be seen from a variety of locations on the South Carolina coast, including nearby areas of Murrells Inlet, Garden City Beach, Surfside Beach and Myrtle Beach. It can be accessed by private boat or by a number of private boat tour companies in the area. 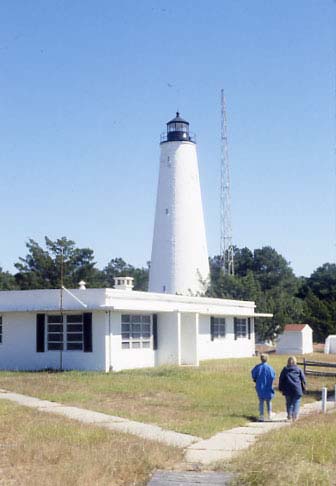 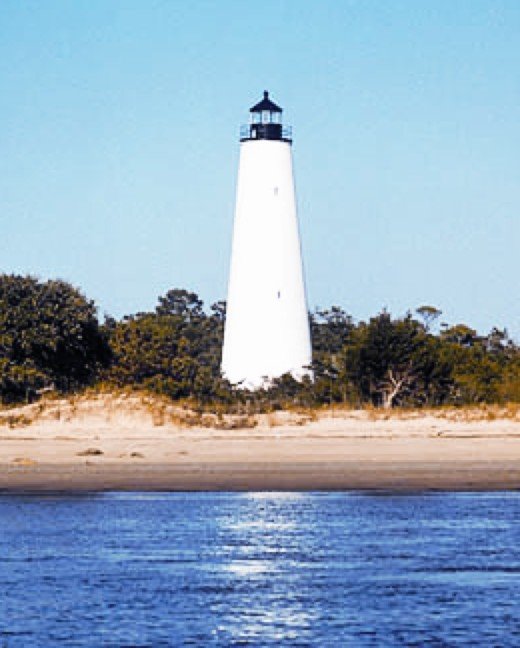 Construction on the Georgetown Lighthouse in Winyah Bay, Georgetown, South Carolina, began in 1799. The lighthouse is believed to have been first lighted in 1801 or 1811, depending on the source. A stone tablet on the site sets the date at 1811, but historians strongly dispute the accuracy of the stone. It has served as a warning to sailors from the day it was first lighted, whenever is was, until today. The Georgetown Lighthouse is the oldest active lighthouse in South Carolina.

The lighthouse tower is an 87-foot tall truncated cone. The exterior is brick and the interior stairs and supporting structures were cut from solid stone. The site is located among a cleared area of sand dunes and multiple buildings, including a Coast Guard station.  The area sits on land which was donated for the purpose by a South Carolina Revolutionary War patriot, Paul Trapier. Trapier was born in Georgetown, educated in England, served as a militia artillery officer and member of the South Carolina Provincial Congress during the Revolutionary War. He was also elected to the Second Continental Congress in 1777, but was never able to attend a meeting. He died in 1778.

At the outbreak of the Civil War, the lighthouse was used by Confederate forces as a lookout point until it was captured by Union forces in May 1862. The lighthouse had to be restored in 1867 in order to repair damage sustained when Union forced captured it from Confederates. The lighthouse received minor damage again during the earthquake of 1886, which killed nearly 100 people at its epicenter in Charleston, SC.

Historic Georgetown is one of South Carolina's oldest communities. It was the site of a British landing during the Revolutionary War. The area is known for its 17th, 18th and 19th century rice, indigo and sea trade based economy. While the lighthouse is noted on the National Register of Historic Places, so are a number of other locations denoted as the Georgetown Historical District.

The lighthouse can be viewed by private boat or through the use of private tour guides in the area who can be located in the local phonebook or on the Internet. Hours and prices vary.