This is a contributing entry for Our Coast and only appears as part of that tour.Learn More. 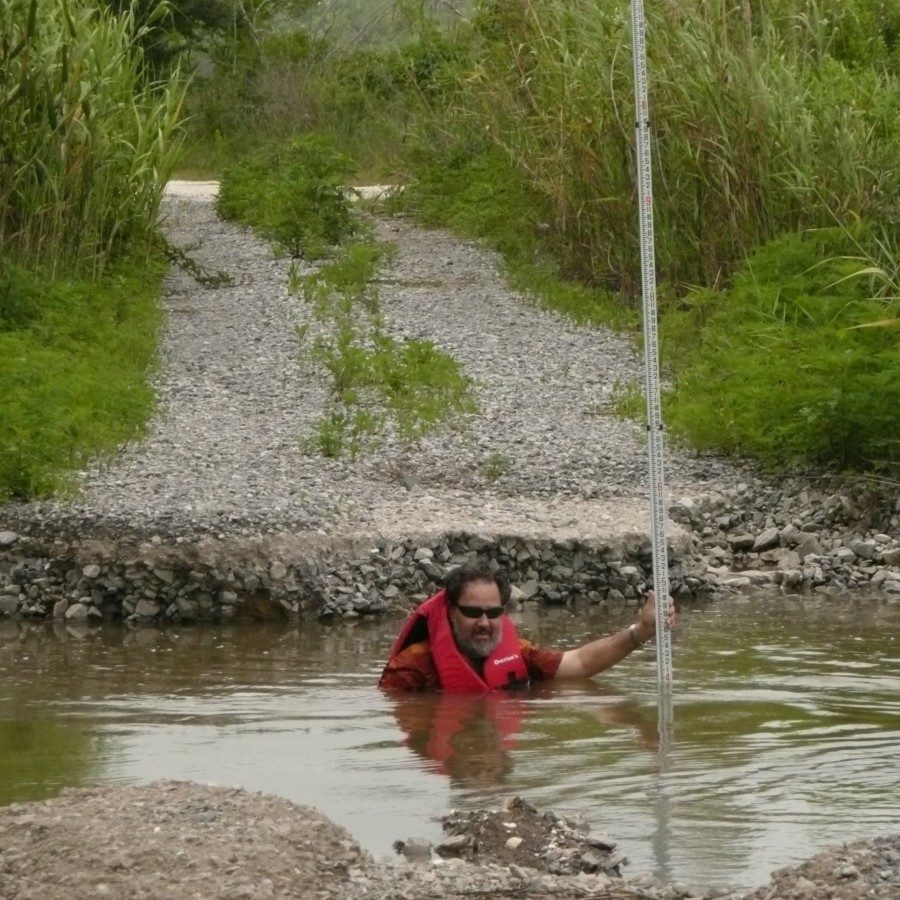 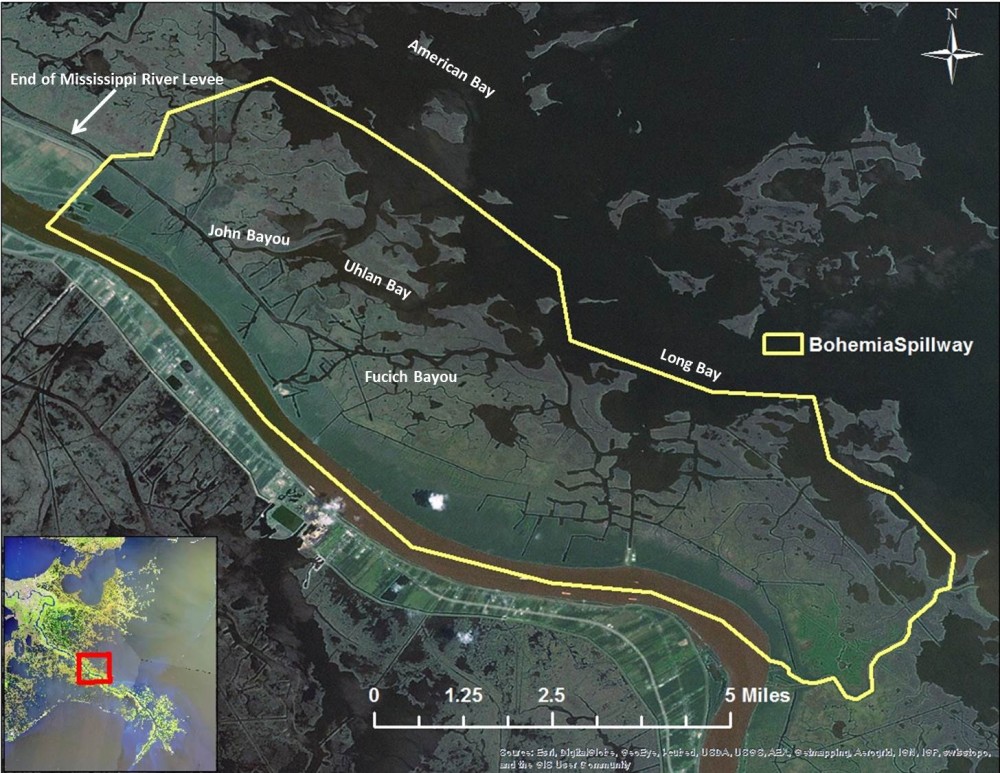 Studying the Bohemia Spillway offers an opportunity to observe natural processes at work. Before levees were built, during flood events, the river would overtop the natural levee of the Mississippi River and water would spill into the adjacent forests and wetlands. While current conditions of the river (maximum discharge, sediment load) and the receiving basin (presence of canals and trenasses) have changed over time, the Bohemia Spillway still offers a glimpse into the past of the way the river may have operated before human intervention. It also offers a glimpse at the historical interaction between the river and the wetlands before the river levees were built. The spillway also allows us to see the effects of pulsed overbank flow on wetlands which may inform future operation of river diversions.

LPBF has been investigating the spillway since 2007 and in this time was able to study the effects of the floods of 2008 and 2011. In 2010 a survey was conducted of the Bohemia Road that runs the length of the spillway along the natural levee. This allowed us to determine (for the most part) the controlling elevation for overtopping along the length of the spillway. In other words, the elevation of the natural levee (in most cases the road) would be the elevation the river would need to top for the spillway to flow water. During the flood of 2011, we conducted and extensive hydrologic survey of the spillway. The findings from this survey can be found our report entitled “Bohemia Spillway in southeastern Louisiana: History, general description, and 2011 hydrologic surveys.” In addition to the hydrology of the spillway, we also conducted a geomorphic analysis and 2010 vegetation survey. Additionally we used a novel technique to closely analyze the land loss and land gain in the spillway over time.

It was discovered during the 2011 Mississippi River flood survey that overtopping waters were captured quickly by small natural channels, trenasses and gullies shortly after the water overtopped the natural levee. Little overland flow was observed, relegated to the forest found along the natural levee and not reaching the adjacent marshes.

It was also discovered through our land loss analysis from 1932 to 2010 that there have been low land loss rates in the spillway since 1975. Most of the land loss that occurred before 1975 is from the dredging of oil and gas and navigation canals and borrow pits. The Bohemia Spillway does not seem to suffer the same interior land loss due to subsidence as other parts of the coast. This stability may be the result of periodic pulses of water received from the Mississippi River during flood events but could also be due to underlying geology, or a combination of the two.

During our extensive surveys, we also observed navigation and oil and gas canals infilling, which is a rare site in southern Louisiana. The presence of man-made canals usually enhances erosion through of saltwater intrusion, increase in wave energy and directing storm surge farther inland.

The vegetation survey revealed that the patterns at the Bohemia Spillway are what to be expected given the environment. The narrow swath of forest present along the Mississippi River resides on the natural river levee and is therefore at a slightly higher elevation than the adjacent marsh. The elevation, as one moves away from the river, drops quickly and the landscape quickly grades into a narrow band of scrub/shrub and then into expansive marshes. The species composition in the brackish and salt marshes is typical of these environments in Louisiana.

Through our observations and study, we have concluded that the pulsed flow from the Mississippi River in flood years since 1926 has contributed to the sustainability and resiliency of marshes in the Bohemia Spillway.